Judge in Prince Andrew case gives Virginia Roberts’ lawyers an extra week to serve legal papers – and warns the Duke: ‘You’ll be served sooner or later, cut the technicalities and get to the substance’

The judge in the Prince Andrew sex assault trial told the Duke to ‘cut the technicalities’ last night as he gave his rivals an extra week to serve him with legal papers.

In a fractious opening hearing in the case – brought by Virginia Roberts over claims she was forced to have sex with the Duke when she was 17 – Andrew’s legal team tried to convince Judge Lewis Kaplan papers had not been served and the case should be thrown out.

They argued the UK’s High Court should step in and make a ruling, and tried to invoke ‘the Hague convention’.

He told Andrew’s attorney Andrew Brettler that there was ‘a lot to be said’ for Roberts’ team’s point of view that ‘you have a pretty high degree of certainty that he (Andrew) can be served sooner than later’.

Judge Kaplan said: ‘Let’s cut out all the technicalities and get to the substance.’

The telephone conference marked the opening salvos in what could become a bombshell sex assault trial – unless Andrew’s team are successful in derailing it before it gets underway.

The Duke of York’s attorney Mr Brettler told the federal court in New York that the lawsuit filed last month was a ‘non-viable and potentially unlawful’ case.

In court documents filed last Friday, Roberts’s lawyers claimed that the prince had been served on August 27, when the paperwork was handed to a policeman at the gate of Royal Lodge in Windsor who said he would pass them on. 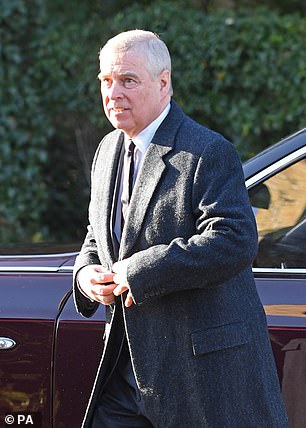 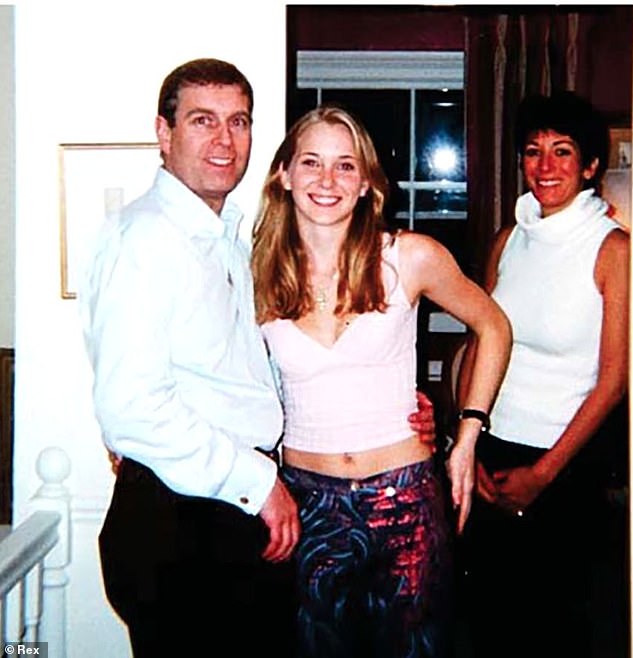 Prince Andrew, Virginia Roberts, aged 17, and Ghislaine Maxwell at Ghislaine Maxwell’s townhouse in London, Britain, in 2001. Roberts claims she was forced to have sex with Andrew on three occasions when she was just 17 – under the age of consent in the US

It was not clear if the royal was listening in, but a man and woman speaking in English accents were heard speaking ahead of the court hearing.

‘We do contest the validity of service to date, The Duke has not been properly served under either UK law or pursuant to the Hague convention,’ Brettler told the court Monday.

‘We have significant concerns about the propriety of this lawsuit that’s been filed.

‘We believe this is a baseless non-viable and potentially unlawful lawsuit that the plaintiff has filed.

‘There has been a settlement agreement the plaintiff entered into in a prior action that releases the duke and others from any and all potential liability.’

The case was delayed for about a week for Roberts’s attorney David Boies to make any requests to the court for help with service.

But Judge Lewis Kaplan had a warning for all parties, including the prince. 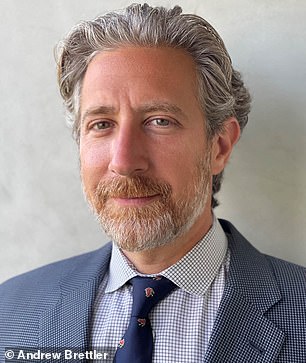 ‘There is a very swift way of getting to the substance promptly, but you two (lawyers) need to talk about that because I can see a lot of legal fees being spent and time being expended and delay which ultimately may not be terribly productive for anyone,’ the judge said.

During the 30-minute hearing, Roberts’s lawyer David Boies said that in his view Andrew had been served under Article 10 of the Hague Convention.

Boies said that ‘it’s clear Prince Andrew has actual notice of this complaint and proceeding.’

Brettler tried to argue that the Senior Master of the High Court in Britain needed to weigh in as the next step in the case under the terms of the Hague convention.

Judge Kaplan had little time for this and said that Brettler was ‘making this a lot more complicated than it really is.’

Brettler responded that ‘the rules under Hague convention should be followed…to protect a foreign national.’

But Judge Kaplan said that ‘I’m sure you know that the Hague Convention is optional’, adding that service could be effected upon a foreign national under a US Federal Rule known as 4(f)(3) without involving their government.

That rule offers wide scope for serving a foreign person ‘by other means not prohibited by international agreement, as the court orders’.

Judge Kaplan said that he would likely grant that order and was ‘unlikely to change my mind unless I hear something new.’

According to a document filed on Friday (above), an affidavit of service was served at the Duke of York’s home in Windsor, England on August 27 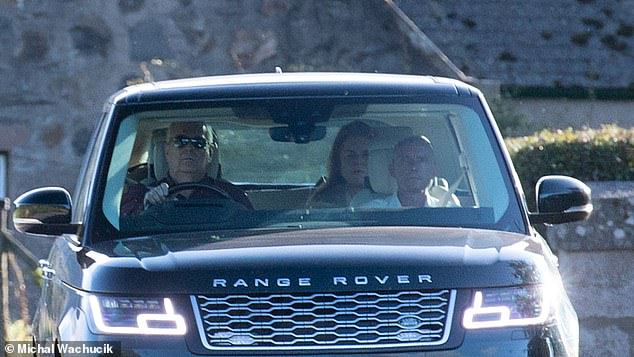 Before the hearing ended Brettler tried to broach the issue of the settlement agreement.

It was signed by Roberts in a 2009 settlement with Jeffrey Epstein and was used by US lawyer Alan Dershowitz to have a battery allegation she filed in a civil case against him dismissed.

Brettler called it a ‘secret settlement agreement’ that could ‘release the Duke of any liability as we suspect it does’.

Boies said that making such a request to see the document now was ‘a bit premature’ and said that he ‘disagrees with the characterization’ made by Brettler about what the document contains.

Judge Kaplan declined to order Boies to hand it over as another judge in a separate case was making that decision.

The case was delayed for around a week for Boies to make any requests to the court for help with service, including potentially having the judge asking British officials to assist.

Judge Kaplan set gave Brettler two weeks from the date Boies files his request, if it comes, to make any motions in response.

Both sides were given dates to file additional motions to the court before an in-person hearing which was scheduled for October 13. 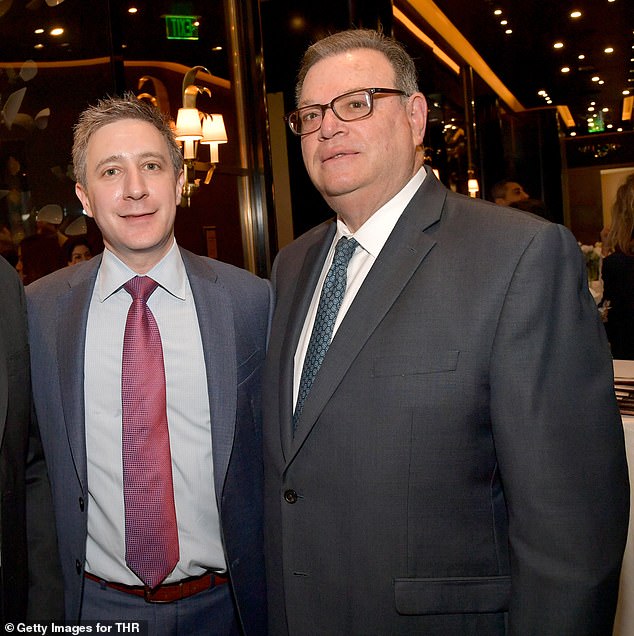 Brettler, of powerhouse Los Angeles law firm Lavely & Singer, has defended multiple celebrities accused of sexual assault in the past. He is pictured left with the firm’s founder Marty Singer in 2019 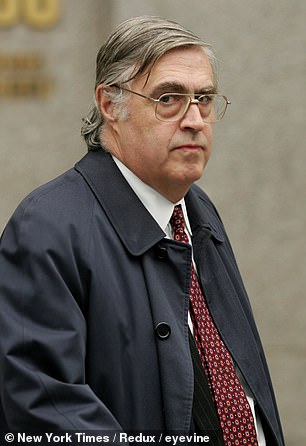 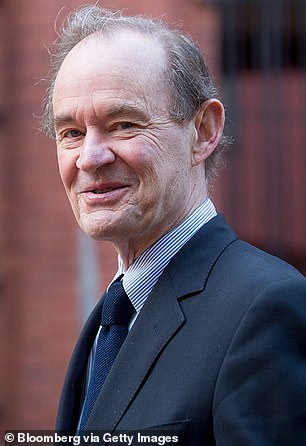 Earlier on Monday – just four hours before the hearing was set to take place – Brettler filed a notice saying he would be representing the British royal.

Brettler stated that he was appearing ‘for the purpose of contesting purported service of process and challenging jurisdiction.’

It comes after the high-powered attorney was hired to defend actor Armie Hammer, 35, earlier this year against allegations that the actor has cannibalistic fetishisms and sexually and physically abused a woman during their four-year relationship.

His other clients include director Bryan Singer who has been accused of sexually assaulting minors.

In an interview with the Hollywood Reporter in May, Brettler spoke out against the MeToo movement and said there was an ‘assumption of wrong-doing just based on an accusation, even an anonymous one.’

But in another interview he said that sometimes the best response ‘may be to lie low.’

‘Sometimes the best defense is to not do anything, is to accept the punishment or whatever decision it is that the company made and stay quiet and better yourself as a person. Make whatever apologies need to be made, privately,’ he said.

Singer has been dubbed the ‘Hollywood lawyer who can make any problem go away.’

Among those who have turned to Singer during times of crisis have been Charlie Sheen and Bill Cosby.

Among the others he has represented include Michael Jackson, Tom Hanks, Naomi Campbell, Demi Moore, Eddie Murphy to name just a few.

Prince Andrew is expected to appear in court Monday after reports last week revealed he was served with the paperwork for the lawsuit on August 27 at Royal Lodge in Windsor by a private investigator hired by Virginia Roberts’ attorneys.

The Duke’s lawyers later disputed this and claimed that giving the document to a policeman at the gate of the property did not constitute proper service, legal filings state.

Andrew has repeatedly denied any wrongdoing and claimed in an interview with the BBC’s Newsnight show in 2019 that he has never even met Roberts.

Roberts alleges that she was forced to have sex with the Duke three times when she was 17 at the orders of the late pedophile Jeffrey Epstein, a former friend of Andrew’s. 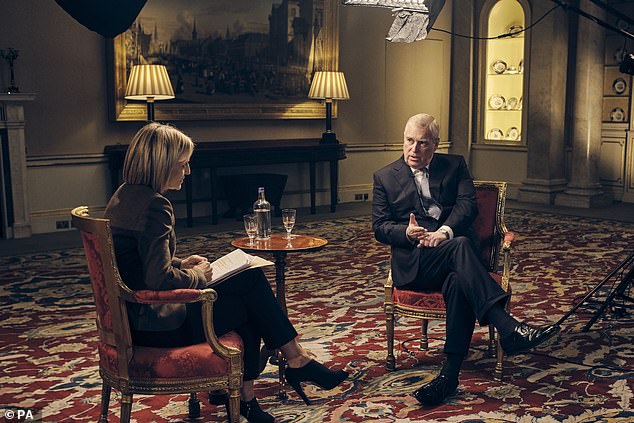 In a car-crash 2019 interview with the BBC (above), Andrew claimed he had no memory of ever meeting Roberts

Jeffrey Epstein and Ghislaine Maxwell in 2000. Epstein was found hanging in his cell in Metropolitan Correctional Center in New York in August 2019 while awaiting trial

That included sending copies of the complaint and summons to six different lawyers from four different companies they believed represented Andrew.

Timeline of another dramatic month in the Prince Andrew case

They sent the same documents to his public email account and sent them via post and FedEx to his address.

According to court documents, Bloxsome told Boies in a September 6 letter: ‘We reiterate that our client reserves all his rights, including to contest the jurisdiction of the US courts (including on the basis of potentially defective service)’.

Boies however said in a legal filing that it was absurd to claim that Andrew did not know he had been sued.

He wrote: ‘Attorneys at Blackfords, who he has apparently instructed to evade and contest service, have confirmed that Prince Andrew himself already has notice of this lawsuit and is evaluating his chances of success.’

The lawsuit claimed that Andrew was one of the ‘powerful men’ who Epstein loaned Roberts out to for sex.

‘Prince Andrew’s sexual abuse of a child who he knew was a sex-trafficking victim, and when he was approximately 40 years old, goes beyond all possible bounds of decency and is intolerable in a civilized community’.

The lawsuit accused the Duke of York, 61, of ‘publicly feigning ignorance about the scope of Epstein’s sex-trafficking operation and sympathy for Epstein’s victims’ then refusing to cooperate with the FBI, despite promising to do so.

Roberts, who is now 38 and a married mother-of-three living in Australia who goes by her married name, Virginia Giuffre, alleges the first time with the Duke was at the London townhouse of Ghislaine Maxwell, Epstein’s alleged madam.

The second time, in early 2001, was at Epstein’s New York mansion, and the third time was on Epstein’s private island in the Caribbean.

The formal allegations against the Duke are battery and infliction of emotional distress.

Under the claim for battery, the lawsuit states Andrew’s actions ‘constitute sexual offences as defined in (New York law) including but not limited to sexual misconduct as defined (as) rape in the third degree, rape in the first degree’.

The lawsuit states that Roberts has suffered ‘extreme emotional distress, humiliation, fear, psychological trauma, loss of dignity and self-esteem, and invasion of her privacy’.

Epstein hanged himself in 2019 while awaiting trial and Maxwell is due to go on trial in November for procuring underage girls for him, allegations she denies.