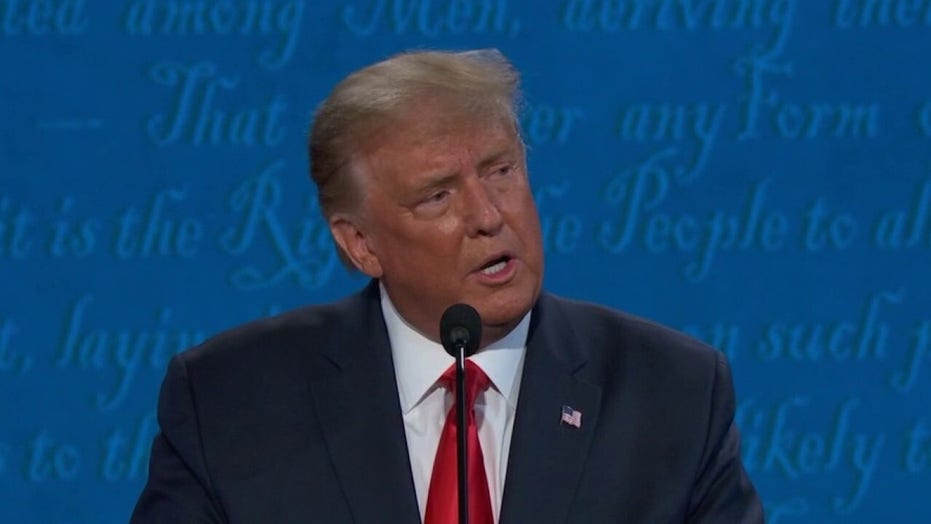 Did Trump do enough to sway voters to his side in Nashville debate?

John Daly expects to be happy on Nov. 3. He expects his friend, President Trump, to win a second term.

The inimitable golfer was joined by Kid Rock in the small crowd at Thursday’s presidential debate, both guests of the president. Daly predicted a second term for Trump, comparing the president and himself to Jesus.

“Trump wins and it ends 'cause he’s like me and Jesus — we love everyone,” the two-time major champion told USA Today Sports.

Daly spoke to the website via text from a debate after-party, explaining he could not speak on the phone because it was “loud as (expletive) kid rock singing.”

Daly, who recently revealed he is battling bladder cancer, said he has known Trump since 1992 and calls him “Daddy Trump.” He got to spend time with Trump for about 10 minutes before the debate.

“He … praised me so nice at [the] roundtable in front of some great business people raised at least 8 million today,” Daly said.

During that time, Daly said one thing stood out.

“His love for our country, … he just wants to help people,” Daly said.