JAMIE Vardy has publicly shown his support for his wife Rebekah after liking her tweet denying Coleen Rooney's explosive allegations.

The pregnant mum was yesterday "outed" in an explosive rant by Coleen, who revealed she had hatched an intricate plot to find out who was leaking her private social media posts. 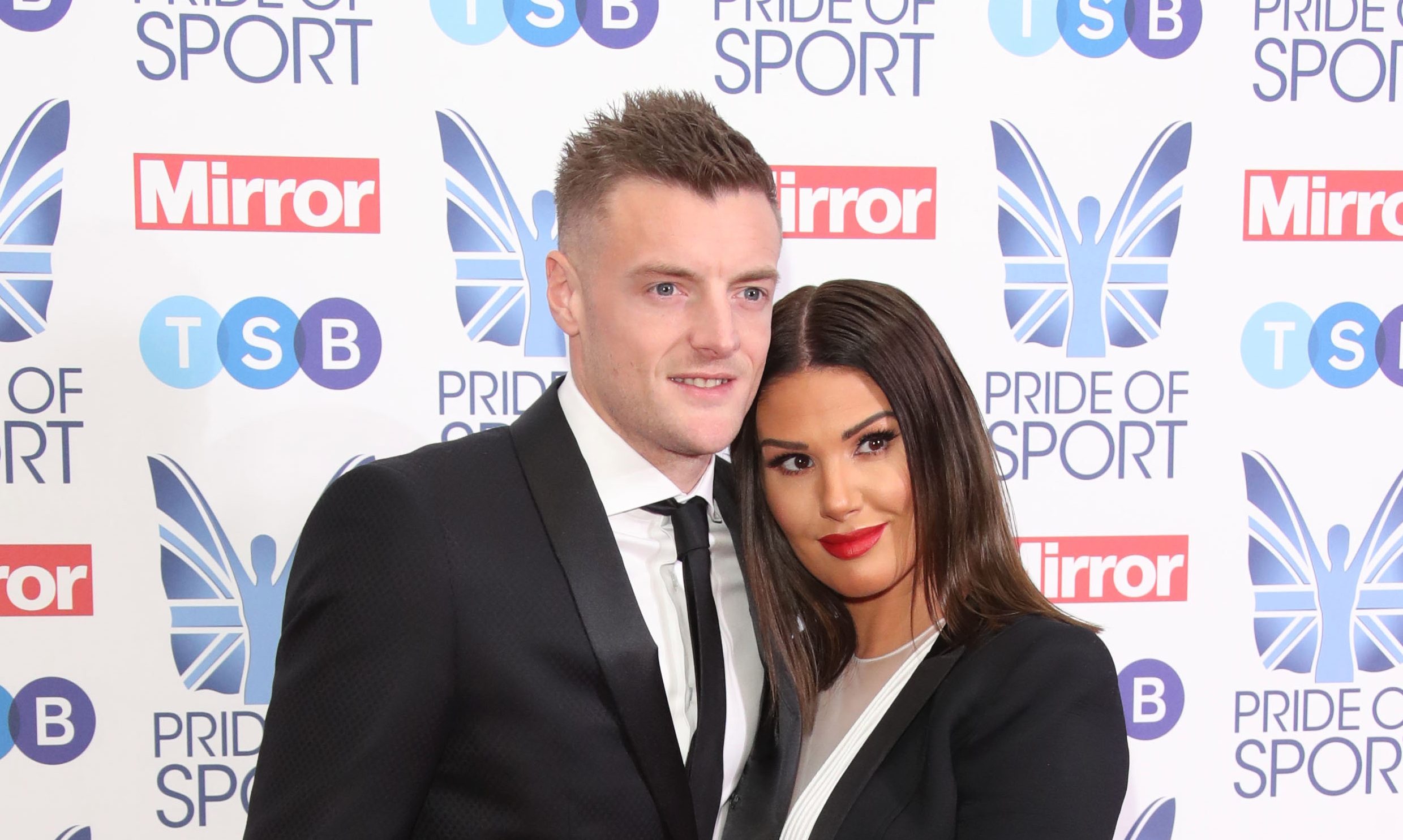 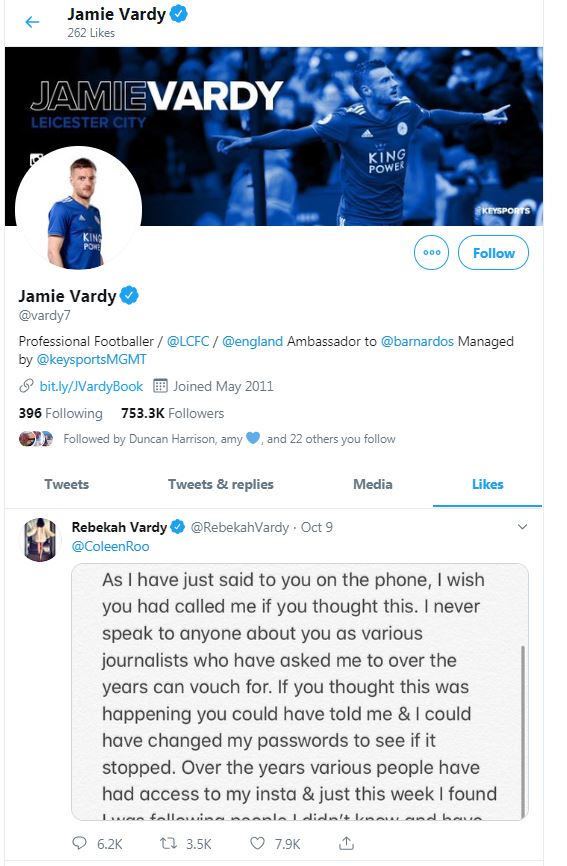 She named Rebekah's Instagram account as being the only one which was able to view a number of fictitious tales which ended up in the papers.

Neither footballer husbands of the WAGs have spoken out yet, but Jamie liked his wife's tweet to show his support.

The sweet gesture comes as Rebekah has vowed to track down the mole who 'leaked' stories from Coleen's Instagram – but insisted she would never publicly reveal their identity.

But the 37-year-old wife of Leicester City star Jamie Vardy  has insisted it wasn't her behind the leaks – saying a number of people had access to her account.

A source today told The Sun: "Rebekah is determined to prove her innocence.

"She's waiting on the results from the forensic investigation and will prove to Coleen it wasn't her."

But they added the vicious trolling the WAG had received meant she would never publicly out who was truly behind the leaks.