A Turkish court made the move after prosecutors argued their case against Ahmad al Assiri and Saud al Qahtani, who were described as being “among the planners” of the Washington Post columnist’s murder.

State news agency Anadolu reported that they were being charged with “deliberately killing (someone) with monstrous feeling or causing torment”.

Assiri was Riyadh’s former deputy head of general intelligence and regularly sat in on the prince’s private meetings with foreign dignitaries. Qahtani was a key counsellor to Prince Salman. 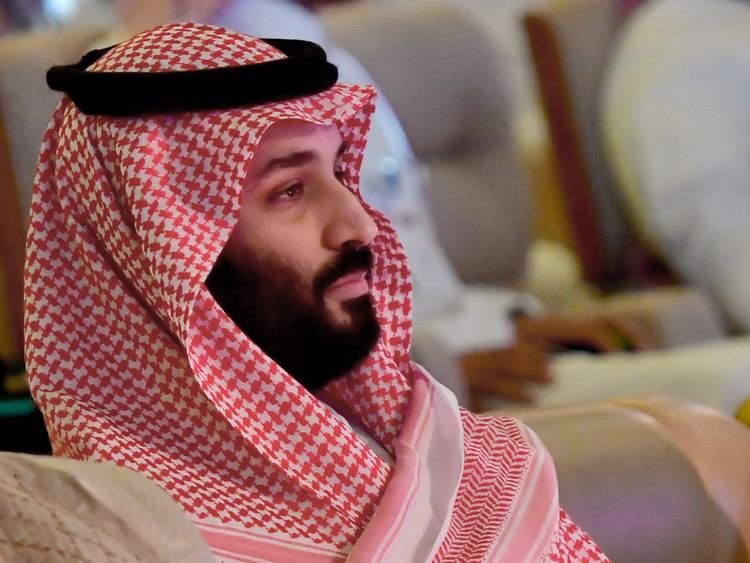 The men were sacked after the kingdom admitted Mr Khashoggi, a staunch critic of the Saudi government, was killed at its consulate in Istanbul.

Riyadh has continued to distance the prince from the murder and has been backed by Donald Trump’s administration, which downplayed Prince Salman’s possible connections to the killing.

On Tuesday, two senators from Mr Trump’s Republican Party said a CIA briefing had strengthened their belief the Saudi prince ordered the killing in Istanbul on 2 October.

Bob Corker said he had “zero question in my mind” it was Prince Salman, and Lindsey Graham said the “crazy” crown prince was “complicit” to the “highest level possible”.

According to US media reports, the CIA has evidence the Saudi prince exchanged 11 messages with Qahtani, who allegedly oversaw the hit, before and after it was carried out.

Mr Khashoggi was killed – and is believed to have been dismembered – after entering the Saudi consulate to obtain paperwork for his upcoming marriage.

A Turkish official told Sky News the warrants were a reflection of the view that Saudi authorities would not take formal action against the men.

“It is noteworthy that the prosecution referred to Assiri and Qahtani as ‘among the planners in Saudi Arabia’. In other words, the current list isn’t necessary conclusive,” they said.

“The international community seems to doubt Saudi Arabia’s commitment to prosecute this heinous crime. By extraditing all suspects to Turkey, where Jamal Khashoggi was killed and dismembered, the Saudi authorities could address those concerns.

“We haven’t heard back from the Saudis about the whereabouts of Mr Khashoggi’s remains, the identity of the local collaborator, or who ordered the hit on the Washington Post columnist.”

According to Turkish authorities, a 15-member Saudi team was sent to Istanbul to carry out the killing.

Turkish President Recep Tayyip Erdogan said the order to kill came from the highest levels of the Saudi regime while insisting it was not from King Salman.

Saudi Arabia has so far detained 21 people in connection and is seeking death penalties against five of them.