It’s not just gas prices at the pump that are rising. The cost of natural gas has spiked this year, too, creating another concern for consumers as inflation lingers at a 40-year high.

The benchmark price for U.S. natural gas jumped to the highest level since 2008, closing at $7.82 per million British thermal units on Monday, April 18. Prices have since eased – settling at $6.67 this Monday – but remain at levels not seen in more than a decade.

While this won’t immediately affect consumers’ wallets, experts say it could lead to higher heating costs in winter 2023.

In certain regions of the country, "a double-digit percentage increase is not out of the question" if high prices persist, says Eugene Kim,a research director focusing on natural gas with energy consultancy Wood Mackenzie. 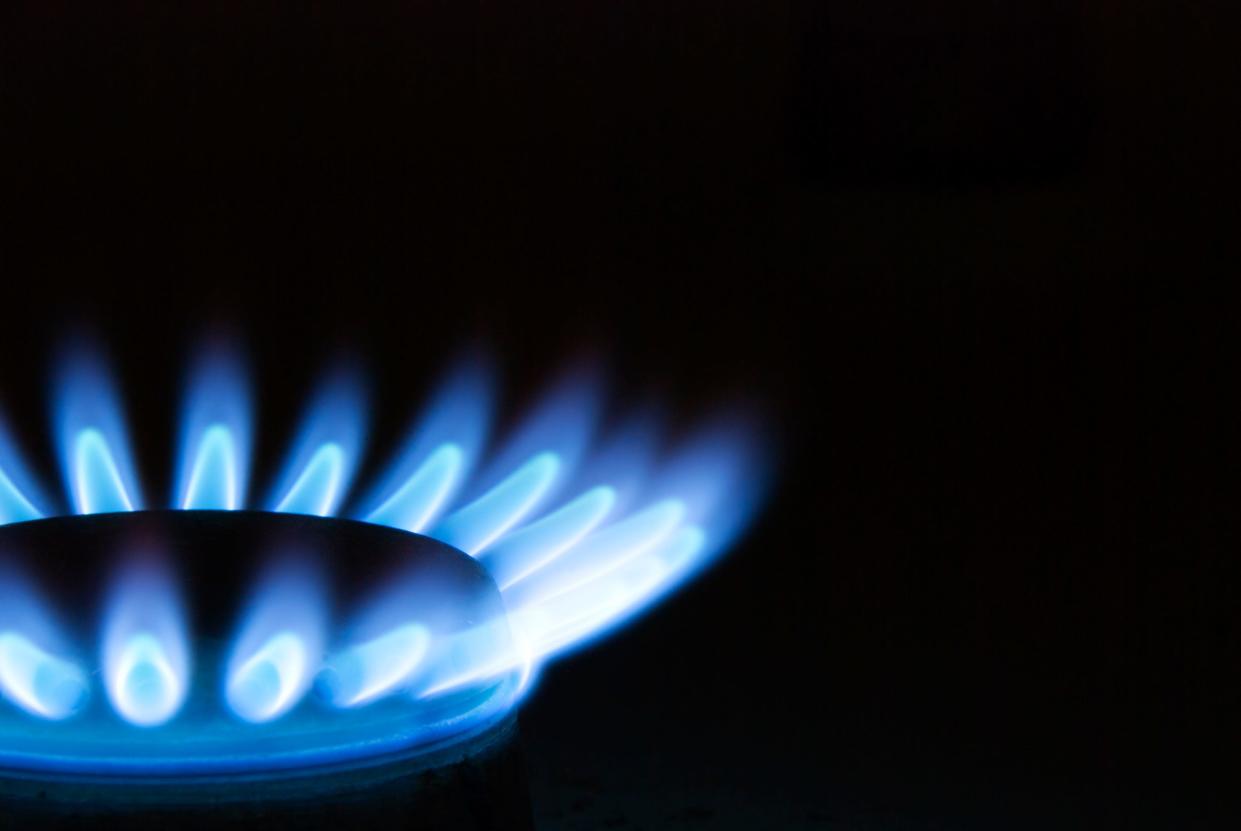 What is natural gas?

Natural gas is a fossil fuel source of energy. Most U.S. natural gas is used for heating and generating electricity, but the commodity can also be used to produce materials and chemicals.

The benchmark price for U.S. natural gas has jumped more than 80% so far this year, compounding inflationary concerns. Experts point to a shift in supply and demand as the culprit.

In previous years, natural gas supply had “vastly” outpaced demand in the U.S., allowing prices to remain low, according to Eli Rubin, a senior energy analyst at EBW AnalyticsGroup, an energy market advisory service. Now, the supply-and-demand dynamic has flipped.

The war in Ukraine has exacerbated demand, now that the U.S. is sending more liquified natural gas to Europe to replace Russian supplies. This comes after a record-high year for U.S. exports in 2021.

Rubin said the market is uneasy with the supply outlook for the upcoming winter.

Typically, utilities inject natural gas into storage April through October. That buildup of natural gas provides consumers and industries with additional supply during the winters when temperatures drop and natural gas demand and prices tend to peak.

But a lingering cold wave across the Northeast has kept consumers’ heaters on longer this year, further dwindling levels of natural gas in storage. As of April 15, those levels have dropped 23% year over year.

“We’re way behind in storage, which is going to be problematic,” said Robert Yawger, director of energy futures at financial company Mizuho. "Producers are really going to have to step it up."

While power-plant owners in the past were able to switch to coal to help alleviate rising natural gas prices, the decline of coal production has left utilities with few alternatives.

"We've basically tapped out that kind of price balancing mechanism. And so prices are likely to be extremely volatile," Rubin said.

Be prepared for heating costs to go up

Gas prices are expected to be volatile this year, but it’ll take time for those changes to hit consumers’ wallets. Utilities tend to work out long-term contracts with suppliers, which means not all price increases on the market will be immediately incorporated into energy bills.

But experts say if higher prices persist, they would be noticeable this winter. Certain regions of the U.S. would get hit especially hard, such as New York, Boston and other areas in the Northeast where pipeline infrastructure is constrained.

Yawger warned of a "really rough winter" if storage levels can't catch up.

"They might not see it in next month’s gas bill," said Wood Mackenzie's Kim. "But eventually, if these higher prices persist, then by the winter definitely you could see the high prices."

Rubin added that natural gas is a "key" material for the larger economy, and its supplies and pricescan have a domino effect on other products and industries already hit by inflation or the war in Ukraine – be it manufactured goods, chemicals or fertilizer.

Power blackouts or brownouts – moments when electricity providers ask customers to conserve energy or schedule a restricted flow of electricity when power demand outpaces supply – are another concern, Kim said.

Rubin said recent market moves from the Henry Hub, the U.S. benchmark for natural gas, hint that "wild price volatility" will continue throughout the rest of the year, with "enormous price risks in either direction."

Yawger expects prices to hover between $3 and $4 per million British thermal units this summer – below the recent peak but above the prices seen in the spring and summer of 2020, when the Henry Hub was trading below $2.

"Our trough is going to be $3 to $4. That's kind of scary. But it's starting to look like that's going to be the new reality," he said.