An Italian restaurant owner has sparked outrage online after referring to her local area as ‘Afghanistanley’.

Residents of Stanley, County Durham, rounded on Titina Ion, who co-owns the eatery Osteria Antonio, after she made the controversial Facebook post.

The 46-year-old, known as Tina, took over the restaurant in September with her partner Antonio Grandieri.

In her post, Tina, originally from Romania, said: ‘We are testing the market as we might move in Consett or Newcastle. 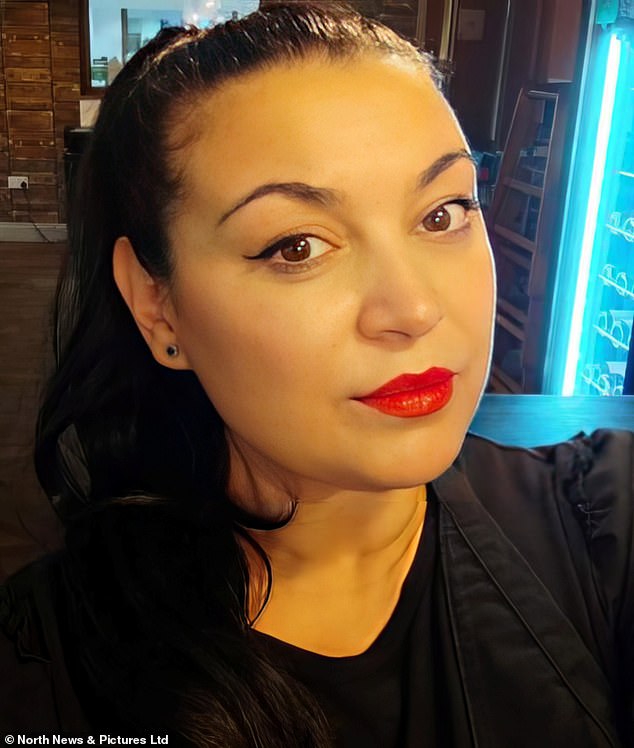 Residents of Stanley, County Durham, rounded on Titina Ion (pictured), who co-owns the Italian eatery Osteria Antonio, after she made the controversial Facebook post 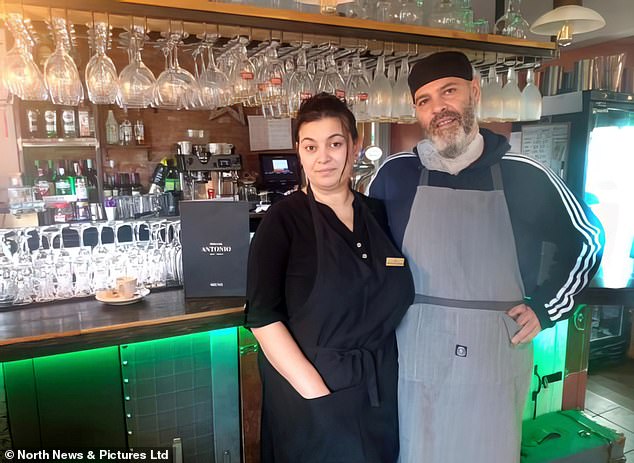 The 46-year-old, known as Tina, took over the restaurant in September with her partner Antonio Grandieri (above)

‘Afghanistanley is a little rough for the standards we try to offer but even if it does happen it won’t be soon (I wish).

‘So we will still be here for the nice weather to open the beer garden and do barbecues outside.’

The post garnered a lot of attention in community Facebook groups over the weekend with people asking if it was a publicity stunt or whether the restaurant was copying the Karen’s Diner brand, where staff are deliberately rude to staff.

Ms Ion says she has faced abuse about the comment on social media from commentators who were quick to give their opinion on the term as ‘an awful way to describe your local and potential customer base’.

Now, following a social media backlash, Ms Ion has released a statement in which she alludes to the irony of being labelled ‘a racist’, claiming she and her family are often referred to as ‘the Italians’ and ‘the outsiders’.

Ms Ion’s statement read: ‘I am profoundly worried at the levels of racism those specific commenters have displayed so openly.

‘It seems to me that in their mentality, the term “Afghanistanley” is racist because in THEIR mentality being compared to or associated with other ethnicities is offensive.

‘Some of the comments go as far as distinguishing between “the white people of Stanley” as opposed to “Italians” and “Romanians” in a demonstration of abhorrent ignorance.’

Ms Ion also claimed she had been the victim of threats to smash the restaurant windows and messages ‘expressing a wish that my car might crash with my family in it’.

She claims ‘Afghanistanley’ was a term she had not heard before and it came about after a light-hearted conversation with customers on a Friday evening.

But Ms Ion insisted she was committed staying in Stanley to run her restaurant, adding: ‘I will not be bullied away from this town.’