IT TAKES an average of two years to get a type 2 diabetes diagnosis, research has revealed.

People who are unaware they have the condition, which can have slow developing symptoms, are risking ill-health due to delays. 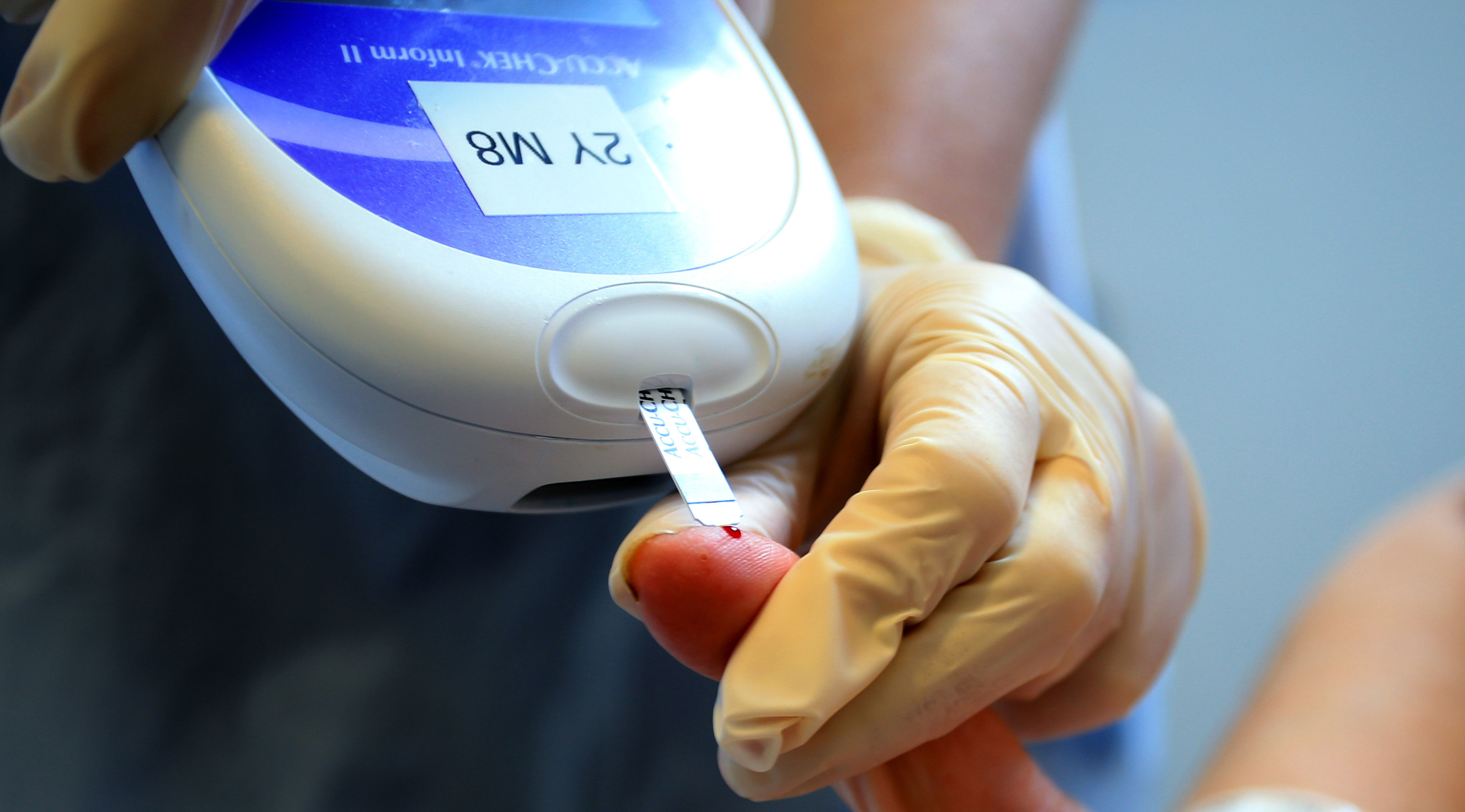 The study, presented at the Diabetes UK Professional Conference, analysed data from the UK Biobank study, a large database of information used for research.

Participants of the study gave a blood sample when they initially agreed to the research.

Dr Katie Young, from the University of Exeter, analysed data from more than 200,000 people in the study to see what their blood sugar levels were.

This is the threshold at which type 2 diabetes is diagnosed, with 90 per cent of all diabetes cases being type 2.

But after looking at GP records for each person, Dr Young and colleagues found it took an average of 2.3 years following the elevated test result to receive a clinical diagnosis of type 2 diabetes.

Almost a quarter of people (23 per cent) had still not received a diagnosis after five years of having elevated blood sugar levels.

It means they could have been living with untreated type 2 diabetes for several years, unaware that the condition could be affecting major organs, including the heart, blood vessels, nerves, eyes and kidneys.

Managing the condition by controlling blood sugar can lower the risk of these sometimes deadly complications.

The researchers suggested people may not be experiencing the common diabetes symptoms, including increased thirst and urination.

But some more uncommon, or less known symptoms include dark skin around the neck, irritability and fruity-smelling breath.

Type 2 diabetes is often diagnosed following blood or urine tests for something else and accidentally findings raised blood sugar levels.

The five-yearly NHS Health Check for people over 40 also screens for the condition.

But Dr Young said: “Unfortunately, screening initiatives such as the NHS Health Check have not been offered or taken up at their normal rate in the past year due to the coronavirus pandemic.”

The study found women are more likely than men to experience delays, as are those who are not necessarily obese – a risk factor for the disease.

People whose blood sugar level is at the lower end of the diabetes range also take longer to get diagnosed.

Dr Elizabeth Robertson, director of research at Diabetes UK, said type 2 diabetes can even go undetected for ten years, “which can lead to serious complications”.

“While the symptoms of type 2 diabetes can sometimes be tricky to spot in the early stages, it’s important to know the signs to look out for and, if you notice anything unusual, speak to your GP.

“Some 12.3 million people in the UK are at an increased risk of developing the condition, but many will be unaware of their risk.”

She urged people to use the charity's quiz which can reveal an individual’s risk of type 2 diabetes, and what they can do to prevent it.

Around 4.8 million people in the UK have diabetes, including around one million who are unaware they have type 2.

You can take the "Know Your Risk" for type 2 diabetes quiz here.

What are the signs of type 2 diabetes?

Signs and symptoms of type 2 diabetes often develop slowly which is why it can take a while to get a diagnosis.

You should see a doctor if you have:

Some of the less known signs include:

It’s also worth knowing the risk factors of type 2 diabetes, so you can prevent it from developing.

You are more at risk of type 2 diabetes if you: