More truck drivers would be on the road for as many as 16 hours a day under a fresh push by the heavy vehicle regulator to give operators greater flexibility – despite warnings these “gruelling” schedules may risk safety.

The regulator is undertaking a national roadshow promoting Advanced Fatigue Management, an initiative that allows participants to “set their own work and rest hours” rather than abiding by the standard rules and regulations. 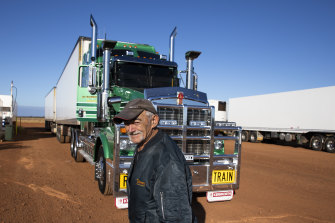 AFM allows truckies to drive for up to 15.5 hours in a 24-hour period in the eastern states – even more elsewhere – and up to 156 hours in a fortnight. To be accredited, operators must submit a “safety case” outlining the counter-measures they will implement to combat fatigue.

But critics – including the union, former regulators and other industry stakeholders – argue the safeguards are inadequate and rely too much on honesty instead of mandatory measures.

“It is astounding the National Heavy Vehicle Regulator is going around the country encouraging employers to sign up to a system which allows them to work drivers harder,” said Michael Kaine, national secretary of the Transport Workers Union.

“No driver wants to work 15 or 16 hours a day. This kind of schedule is gruelling. It’s not the job of the regulator to get employers to sign up to a system that sees drivers sweated.”

AFM has been in place since 2008 as an alternative to “standard hours” (12 a day) and Basic Fatigue Management, which allows drivers to be on the road 14 hours at a time. But relatively few operators have applied because they see it as “too difficult, time consuming and costly”, according to 2019 NHVR report. 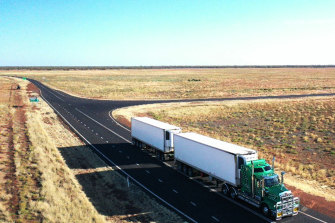 Under AFM, operators must have a Fatigue Risk Management System in place. The regulator has a number of suggested additional safety measures based on seven fatigue risk principles, including maximising night-time rest, minimising shifts that end between midnight and 6am, and allowing more “time-appropriate nap opportunities”.

“AFM drivers typically work less hours than other drivers,” he said. “There were no heavy vehicle crashes attributed to driver fatigue for AFM drivers in the 12 month period investigated by the NHVR. AFM operators and drivers also have fewer breaches of the Heavy Vehicle National Law.” 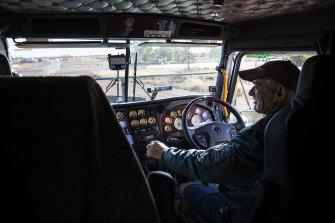 But some argue an expansion of the program without mandatory measures is risky. Michael Crellin, a former head of the NHVR’s chain of responsibility program and now an industry consultant, said AFM was a “bang on” concept if executed correctly with in-cab technology that monitored drivers for fatigue in real-time.

“Why would we not insist that an applicant for AFM has that technology installed?” he said. “Simply pushing people into a scheme may not be the answer unless the barrier to entry [is a] mandated requirement to have the technology that does the monitoring of a driver.”

Kirk Coningham, who retired two weeks ago from his role as chief executive of the Australian Logistics Council (ALC), said the flexibility of AFM was desirable but the NHVR needed to first promote the “basics” such as electronic work diaries and fatigue-detecting cameras. 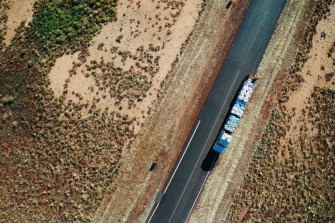 The new rules would let drivers be on the road for up to 16 hours a day. Credit:Krystle Wright

“If I were the regulator I would be starting there,” he said. “We’re not seeking the great reach of Big Brother into the cabin, but we are seeking the uptake of technologies that make us safer.”

A meeting of state and federal transport and infrastructure ministers on May 28 failed to commit to including a National Operating Standard in the Heavy Vehicle National Law, which is currently undergoing a major review.

The ALC said this was a missed opportunity. In a January report advocating a set of mandatory standards, it noted 162 people had died in crashes involving heavy trucks in the 12 months to September 2020.

Regular long-haul journeys are common and unavoidable in the trucking industry. Truck driver Jimmy Ristovski lives on a property outside Brisbane and each fortnight he completes a 12-day, 12,000 kilometre round trip to Tully, north of Townsville, across the country to Perth, then to Adelaide and back to Brisbane.

Mr Ristovski is on Basic Fatigue Management, meaning he can drive 14 hours a day, and his truck monitors his eye movements. “If you start to get tired or you start taking long blinks, the camera will sense that and you’ll see it vibrate and you get a beep,” he said.

But he said no amount of technology can compensate for good driver and employer behaviour. “You have to have your wits about you and not do the wrong thing. There are some companies that will push the driver to the limit.”