Mr Gantz, a former Chief of General Staff of the Israel Defence Forces, sneaked ahead of political rival Prime Minister Netanyahu in elections this month.

He has been tapped by President Reuven Rivlin to build a coalition after a year of political stalemate, following three abortive legislative elections.

Although he has received a surprise recommendation from 61 lawmakers from the country’s Parliament, neither man has mustered a majority. 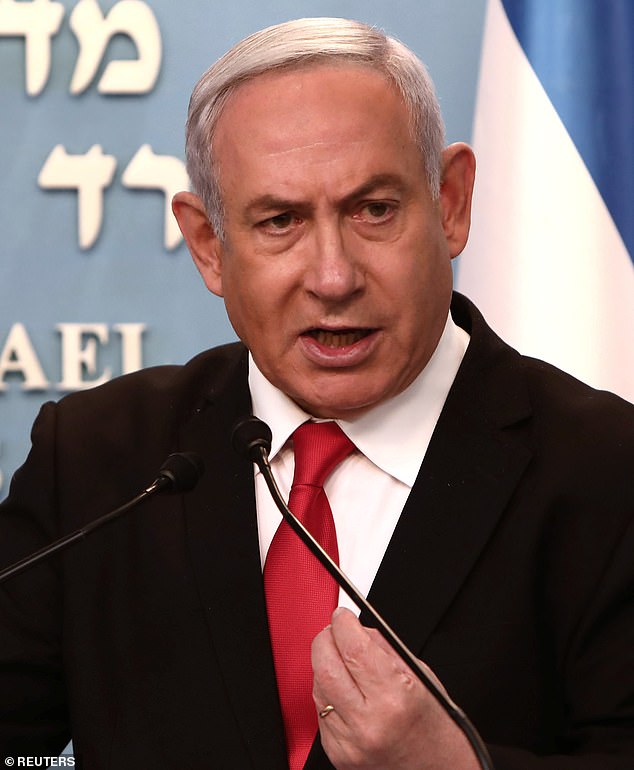 Commentators believe the development marks the end of Benjamin Netanyahu’s dominance of Israel politics. The right-wing politician has been Prime Minister since 2009

On top of support from Blue and White, Mr Gantz was also recommended by the Arab Joint List and the nationalist Yisrael Beiteinu party.

Neither party shares any political ground apart from a desire to remove Mr Netanyahu, who has been Prime Minister since 2009, from office.

Although there is no guarantee that Mr Gantz will oust his rival on this occasion, commentators believe the development is a major blow for Mr Netanyahu.

Mr Netanyahu has dominated Israeli politics for decades, partly thanks to an alliance with his right-wing Likud, its religious ally Yemina, and two Orthodox parties. 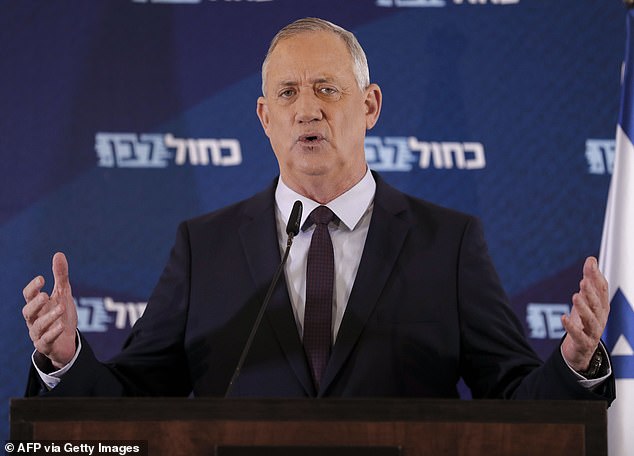 Both men have voiced support for an interim unity Government to tackle the spread of Covid-19, the deadly illness caused by the Wuhan coronavirus.

Mr Netanyahu was in January formally charged with bribery, fraud and breach of trust, becoming the first Israeli Prime Minister ever indicted in office.

His trial, due to open last week, was postponed by Jerusalem’s District Court amid the worsening global coronavirus pandemic.