A RARE blizzard warning was issued for Hawaii on Friday, December 3rd.

Forecasts predict at least a foot of snow and raging gusts of wind for the islands this weekend.

Which areas of Hawaii are being affected?

As a strong cold front moves southeast through the Hawaiian Islands, heavy bands of rainfall are expected in the following areas of Maui Country, Oahu, Kauai and The Big Island this weekend.

The blizzard is predicted to stall over the Big Island on Saturday morning.

What weather is being expected?

According to the National Weather Service of Honolulu, gusts of wind over 100 mph are expected in the area, in addition to the possible 12 inches of snow.

A flood watch has also been issued, as prolonged heavy rainfall is predicted with a potential of reaching one inch of rain per hour.

Thunderstorms, large hail, and racing winds may generate power outages and surf heights close to 30 feet along the north-facing shores.

“Travel could be very difficult to impossible. Blowing snow will significantly reduce visibility at times, with periods of zero visibility,” NWS forecasters said.

The last blizzard occurrence in the area was issued in March 2018.

Forecasters predict road closures due to inclement weather and landslides across the state where there is steep terrain.

What is a Kona Low?

According to NASA, "Kona Lows originate from a deep kink in the jet stream (a band of strong winds high in the atmosphere that steer weather systems) that sinks south and pinches off, leaving behind a low-pressure circulation… These cut-off lows can linger for several days."

The Kona Low derives its name from the direction the wind is coming from – southwest and with an abundance of moisture.

While a blizzard warning for the area is a surprise, snow on the summits of the Big Island's volcanoes, Mauna Kea and Mauna Loa, is not.

These volcanoes reach nearly 14,000 feet in elevation and according to the NWS Weather Prediction Center's December 2, 2021 tweet, the snow caps can be seen from a satellite in space. 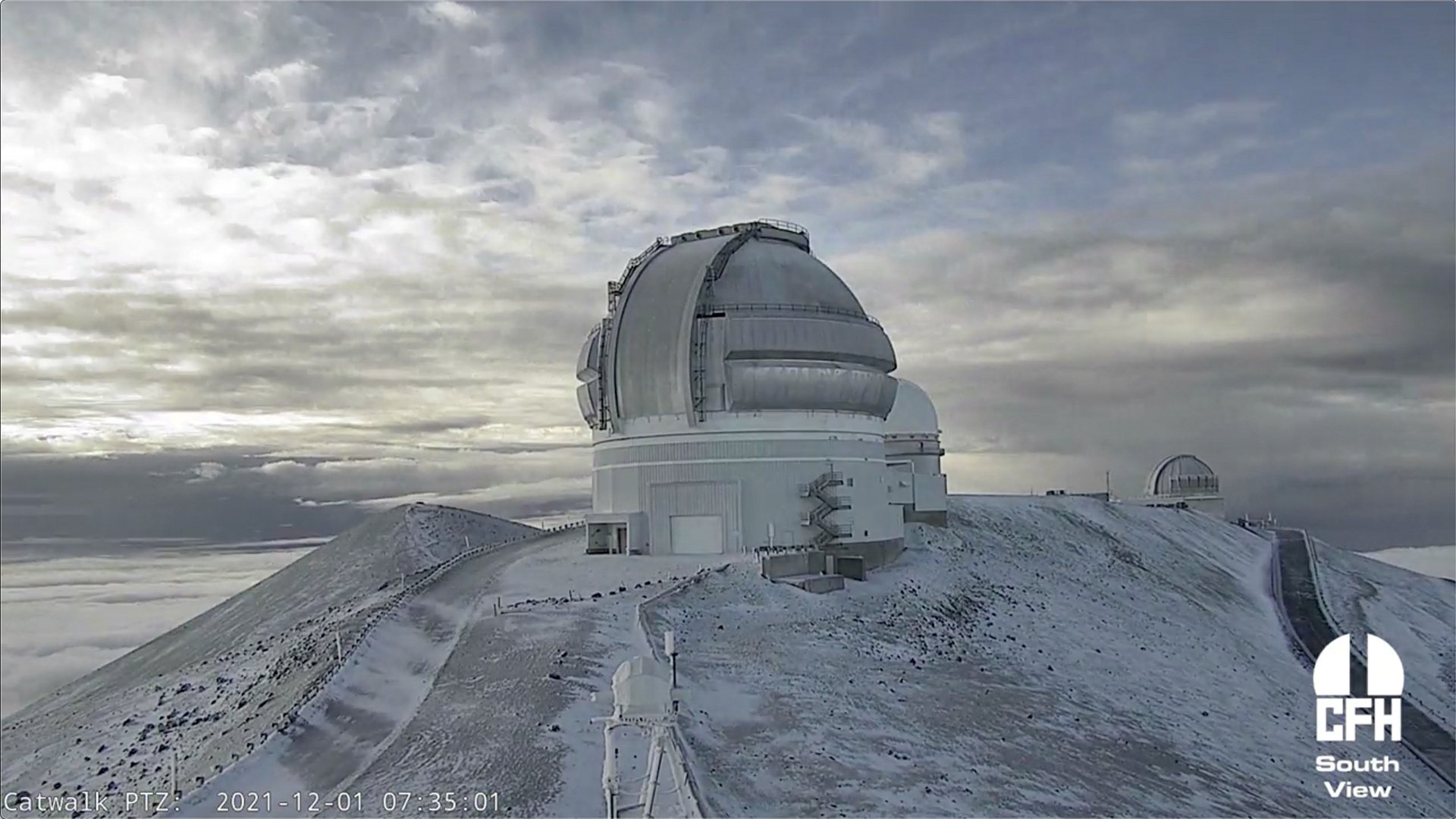