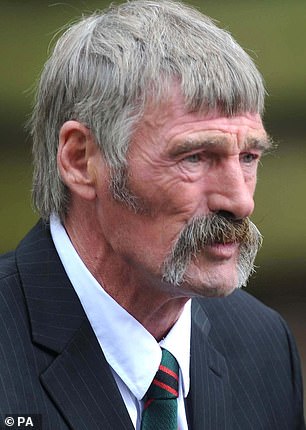 The widow of an SAS military hero killed herself after watching the Remembrance Day service on TV, an inquest heard today.

Joanna McAleese was found dead alongside a photo of her late husband John, who stormed the Iranian Embassy in 1980 to end a six-day terror siege live on TV. He died of natural causes in 2011.

The 49-year-old widow was also grieving for her soldier stepson Paul McAleese, who was killed by a roadside bomb in Helmand Province, Afghanistan, in 2009.

She was working in a supermarket in Brecon, South Wales, when she was hit by depression as Remembrance Day approached last year.

Mrs McAleese was also sexually assaulted in the months leading up to her death, the court heard.

Her friend and flatmate Monica Golwacka told the hearing: ‘She had spread pictures of her husband and son on the table in the conservatory.

‘She was upset and drinking red wine – she asked me to join her to watch the service of remembrance on TV.’ 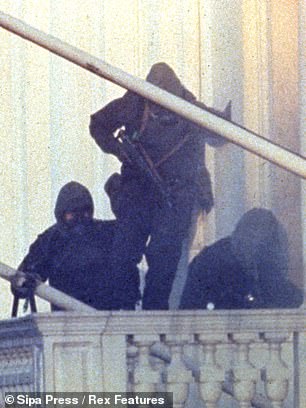 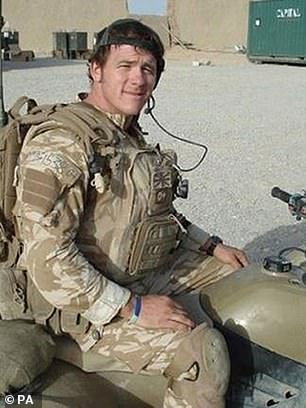 The widow, who was John’s second wife, left her flat to have a tattoo of a lily on her left shoulder. Ms Golwacka said: ‘When I saw her later she was just staring at the photos. I asked her if she was okay and she said all was good.’

But the grandmother Joanna failed to turn up to work and her body was found by dog walker Richard Lynch the day after Remembrance Sunday.

Mr Lynch noticed that horses were ‘spooked’ on Pen-Crug Mountain in the Brecon Beacons and he could see a white object on the ground.

He went to investigate and found the body of Mrs McAleese who was wearing a headscarf and winter hat. 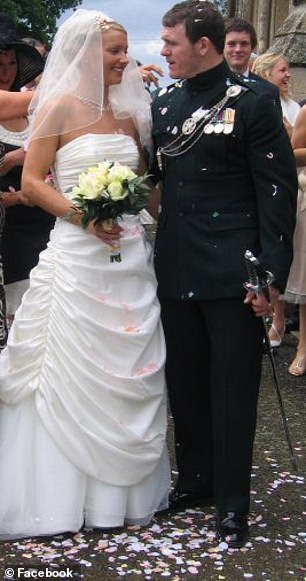 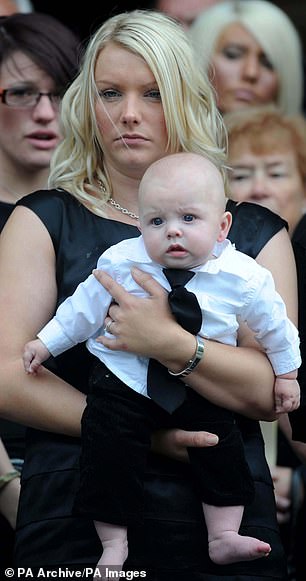 Pictured, left: Paul at his wedding to wife Joanne and, right, Joanne and their son, Charley, at the soldier’s funeral

Mr Lynch told police: ‘There was a picture of a man in a military uniform next to her body, along with some pills and a wine box.

‘It had been Remembrance Sunday the previous day and I thought it was possible she may have committed suicide.’

Mrs McAleese was being treated for depression and alcohol abuse and was upset that the man who assaulted her had been released from police custody.

Her daughter, 31-year-old hair salon manager Jessica Savage, told the inquest in a written statement: ‘My mother took it very badly and struggled to come to terms with his death.

‘Two years later my father passed away which led to a further deterioration. Some of her school friends had taken their own lives which I believe contributed to her state of mind.’

Her GP Dr Anthony Morgan told the hearing in a written statement: ‘There was a history of alcohol problems involving the death of her husband and stepson.’

He had a distinguished army career was awarded the Military Medal and went on to act as bodyguard for three Prime Ministers as well as co-host the BBC TV show SAS: Are You Tough Enough?

But four days after his son’s funeral he was arrested and questioned by West Mercia Police officers on suspicion of downloading indecent images of children to his home computer in 2007. 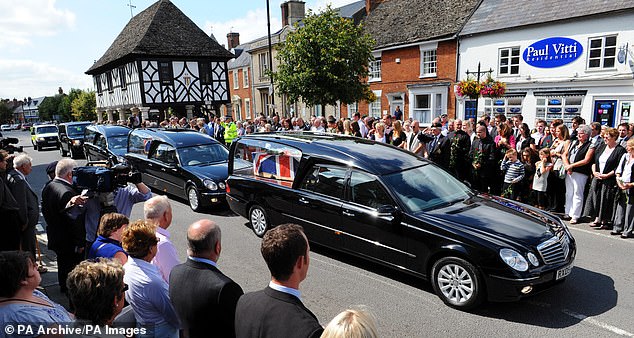 Pictured: The coffin of Paul McAleese, right, passed through Wootton Bassett in Wiltshire after he was killed in Afghanistan

John, from Stirlingshire, was married twice and had four children – Hayley, Paul, Jessica, and Kieran.

Today’s inquest, in Pontypridd, heard Joanna was very close to her stepson and ‘struggled’ to come to terms with his death.

She was being treated by the Community Health Team in Brecon but cancelled an appointment to see a psychiatrist in the weeks before her death.

The inquest heard she had told a health professional she wanted to ‘have fun, go dancing and buy a camper van to go travelling in’.

Five days before her death on November 12 she sent a text to a mental health worker saying she was very low.

Nurse Carol Jones told the hearing: ‘She said she was having horrific dreams and finding things harder to deal with.

‘Remembrance Sunday was coming up, it was a painful time for her because she had lost her husband and stepson in the area forces.’

The cause of death was given as mixed drug toxicity. Assistant Powys Coroner Rachel Knight said: ‘It is clear that Joanna had suffered some terrible tragedies in her life which had gone on to affect her mental health greatly.

‘But I’m sure she was loved and is greatly missed. Joanna suffered with mental health difficulties through most of her adult life and had struggled to deal with losing loved ones and a recent sexual assault. That day it was her intention to take her own life so the conclusion is one of suicide.’

Joanna’s daughter, Jessica Savage, who runs a hair salon in Brecon, left the inquest without commenting.

McAleese’s storming of the embassy was ordered by home secretary William Whitelaw after six armed Iranian dissidents took over the embassy and shot dead a member of staff before dumping his body outside the building.

Millions watched as live on TV he led 30 gunmen into the building following a six day siege.

Five gunmen were killed and one was arrested. Although one hostage died, 19 were freed. For confidential support, visit samaritans.org or call the charity on 116123.

SAS veteran was forced to put his medals up for sale for £25,000

As millions of Britons watched the drama unfold, Curry ran towards the building, despite the risk that a failed explosive which was due to blow open a way into the embassy could still go off.

He then kicked the charge out of the way, smashed the window and was the first to climb inside.

His heroic actions allowed a crack squad of four SAS soldiers to enter the rear of the building in South Kensington and clear the ground floor and the cellar.

Five gunmen were killed and one was arrested. Although one hostage died, 19 were freed. 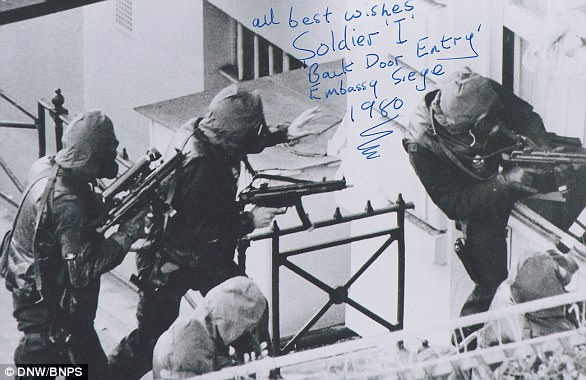 Afterwards, one SAS hero was awarded the George Medal and four others were given the Queen’s Gallantry Medal but Curry was not one of them.

He did however earn campaign medals for his service in Northern Ireland and the Falklands War.

The items, which were sold alongside his SAS beret, his belt and his winged badge, made around £25,000 in auction.

Included in the auction were several photos of Curry in action during the siege with a dedication written on them by ‘Soldier I’ – fellow SAS soldier Pete Winner.