Dubai: An Iranian Revolutionary court has sentenced British-Iranian aid worker Nazanin Zaghari-Ratcliffe to a one-year jail term and she is banned from leaving the country for a year, her lawyer Hojjat Kermani told Emtedad news website on Monday.

“Nazanin Zaghari was sentenced to one year in prison and a one year ban from leaving the country on charges of propaganda against the Islamic Republic,” Kermani told the website. 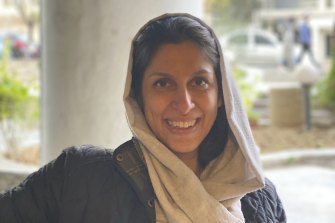 Zaghari-Ratcliffe, a project manager with the Thomson Reuters Foundation charity, was arrested at a Tehran airport in April 2016 and later convicted of plotting to overthrow the clerical establishment.

She was released from house arrest last month at the end of a five-year sentence, but immediately ordered back into court to face the new propaganda charges.

Kermani said he would appeal the new sentence within 21 days under Iranian law.

Her family and the foundation, a charity that operates independently of media firm Thomson Reuters and its news subsidiary Reuters, deny the charges.

Zaghari-Ratcliffe spent four years in jail before being released into house arrest in March 2020 during the coronavirus.