A BATTERED sign outside the abandoned theme park still reads "Closed for Storm" — while those who dare step foot inside are creeped out by eerie noises and flickering lights.

Some 16 years after the colossal category five Hurricane Katrina — which killed 1,800 people in New Orleans — shut the Six Flags park it remains frozen in time and is regarded as one of the most haunted parks in the world. 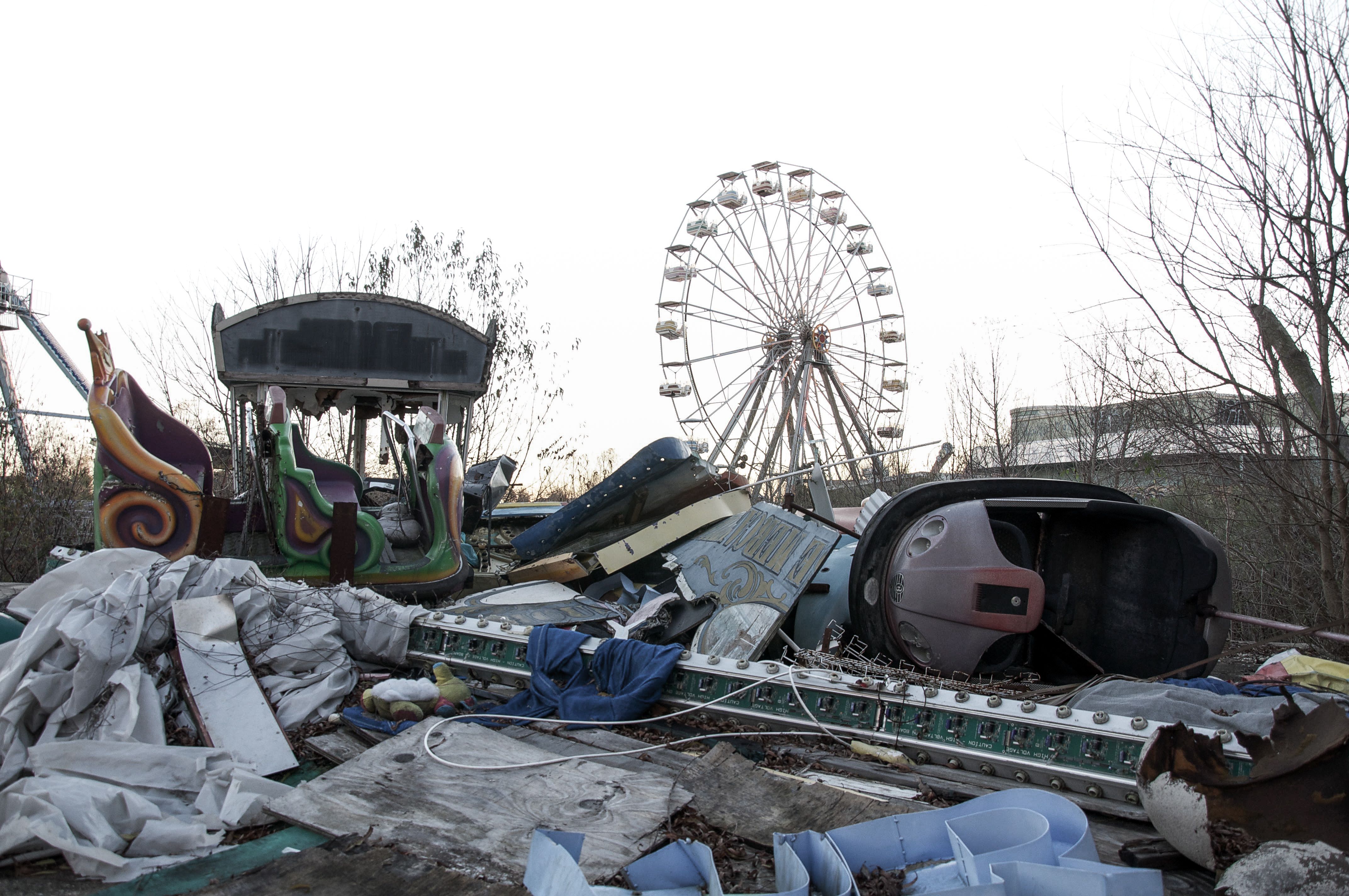 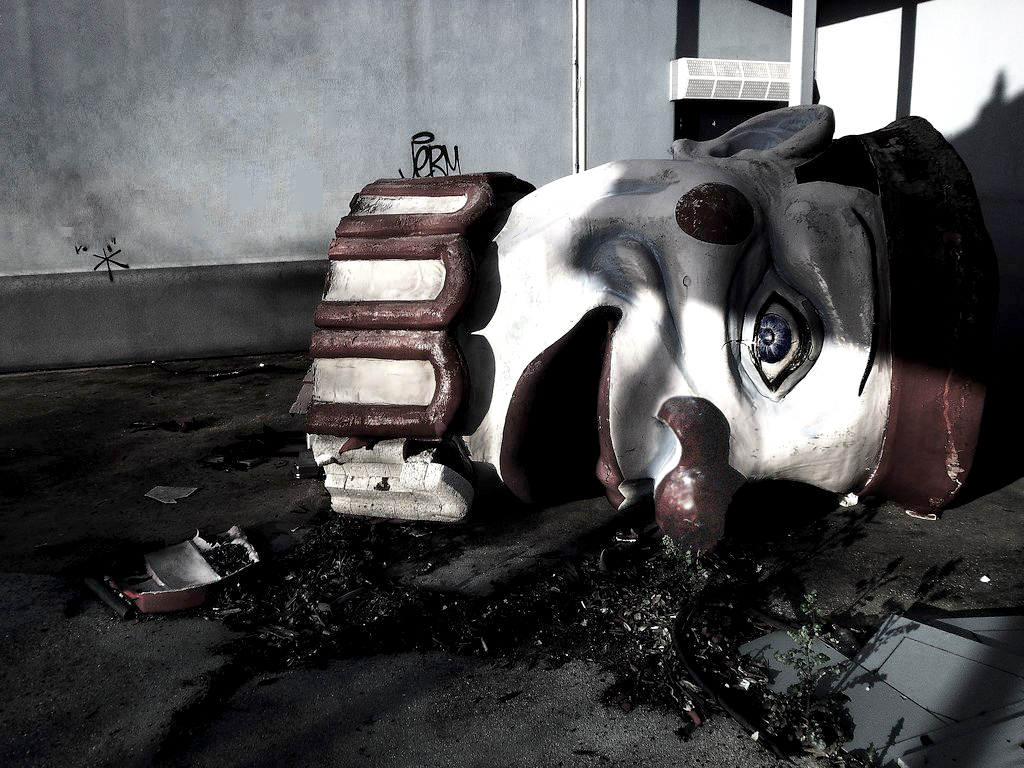 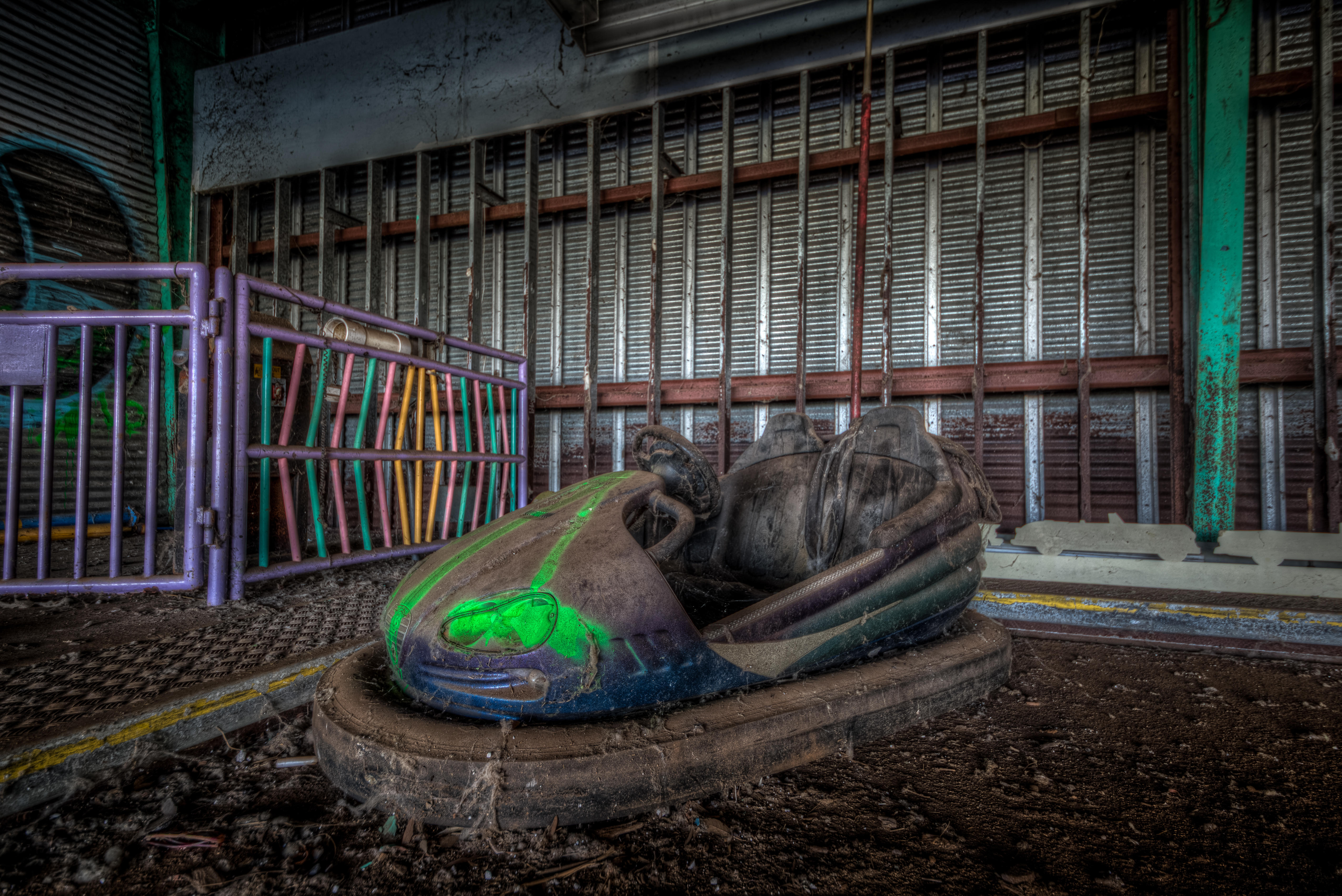 While apparently no apparitions have been reported, many urban explorers who trespass have said they have felt like someone — or something — is watching them.

Others have reportedly seen lights flicker, even though there is no electricity supply as well as hearing spine chilling clanking noises as if the rides have started up.

Whether you believe this or not, it is true that the images of the deserted park are unsettling.

They are a reminder of the horror that was inflicted on local people who would have once thronged the vibrant attraction, and according to a filmmaker the largest monuments to the suffering of the survivors.

Jake Williams, who produces hit YouTube show Abandoned on his channel Bright Sun Films, told The Sun Online how he was permitted explored the site — which is one of the largest abandoned theme parks in the world.

In his new feature length documentary, Closed for Storm, the Candanian urban explorer explains how the site which was once full of fun and laughter now epitomises the misery wreaked by the August 2005 hurricane.

As well as drowning 1,800 people, it left more than 400,000 residents homeless, without possessions or income.

Many are still in poverty to this day — haunted by the tropical cyclone which destroyed their community 16 years ago.

Chilling pictures captures by Jake and his team show the incredible scenes around the 146 acre site which has laid dormant for over 15 years. 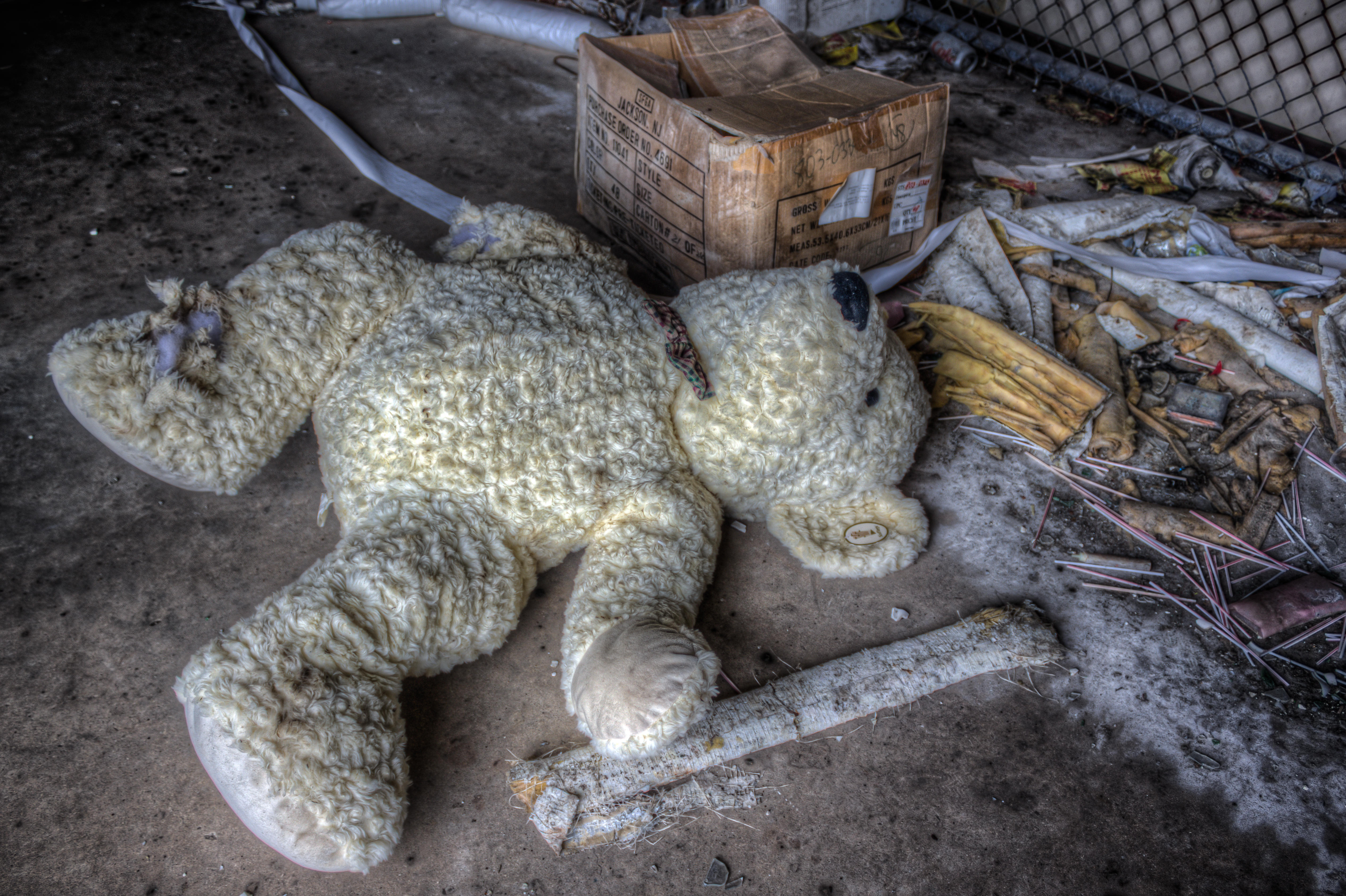 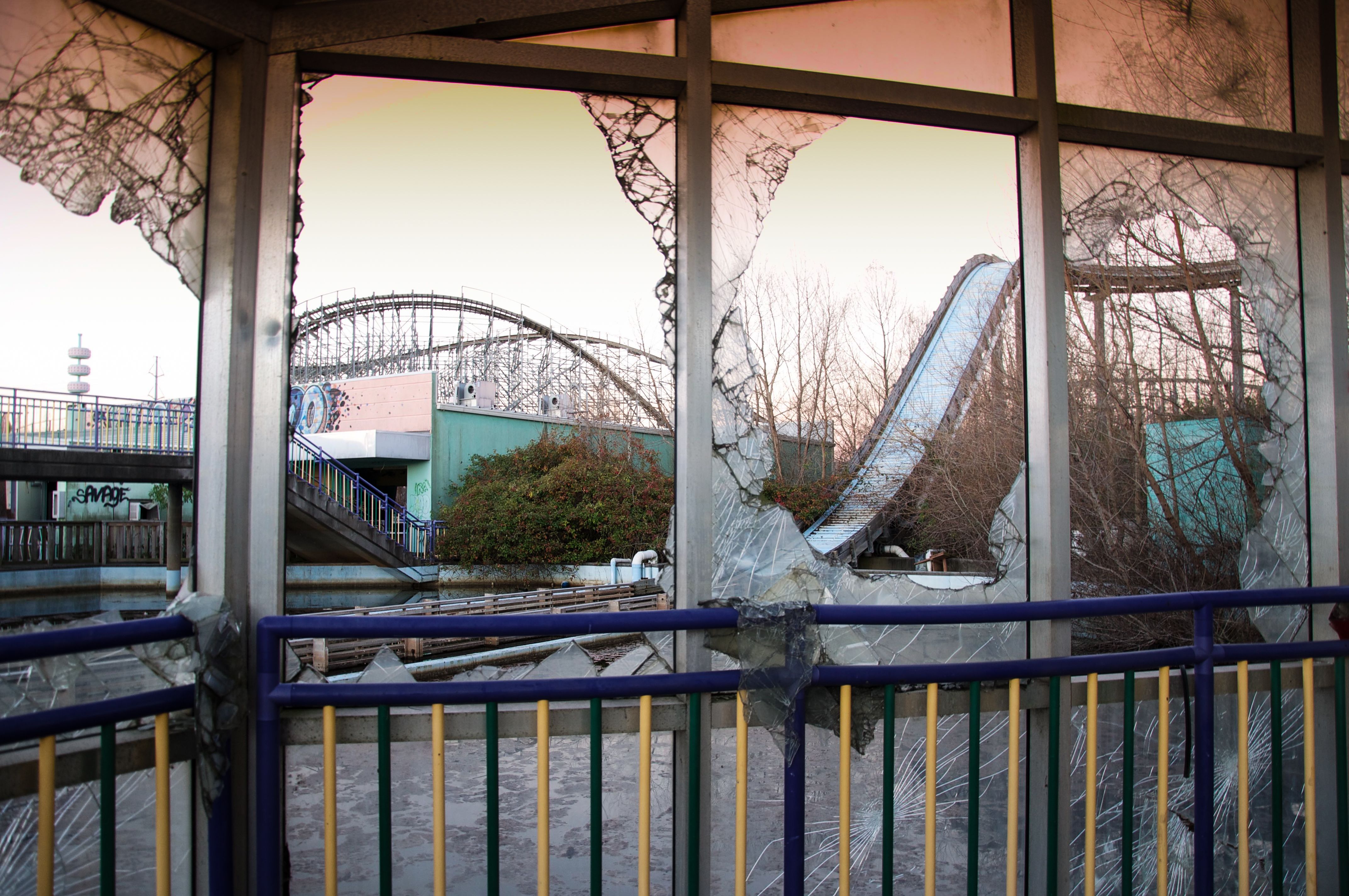 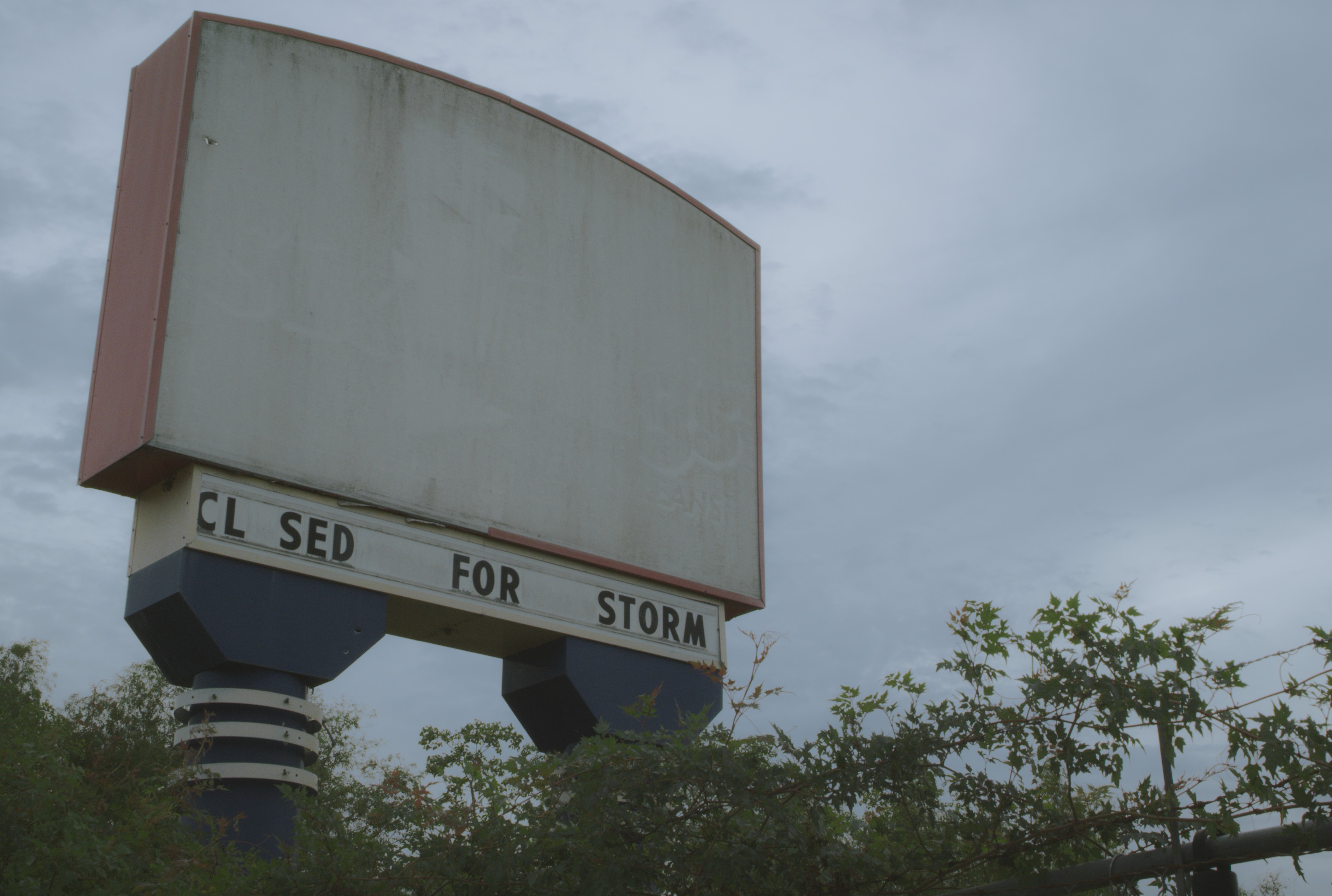 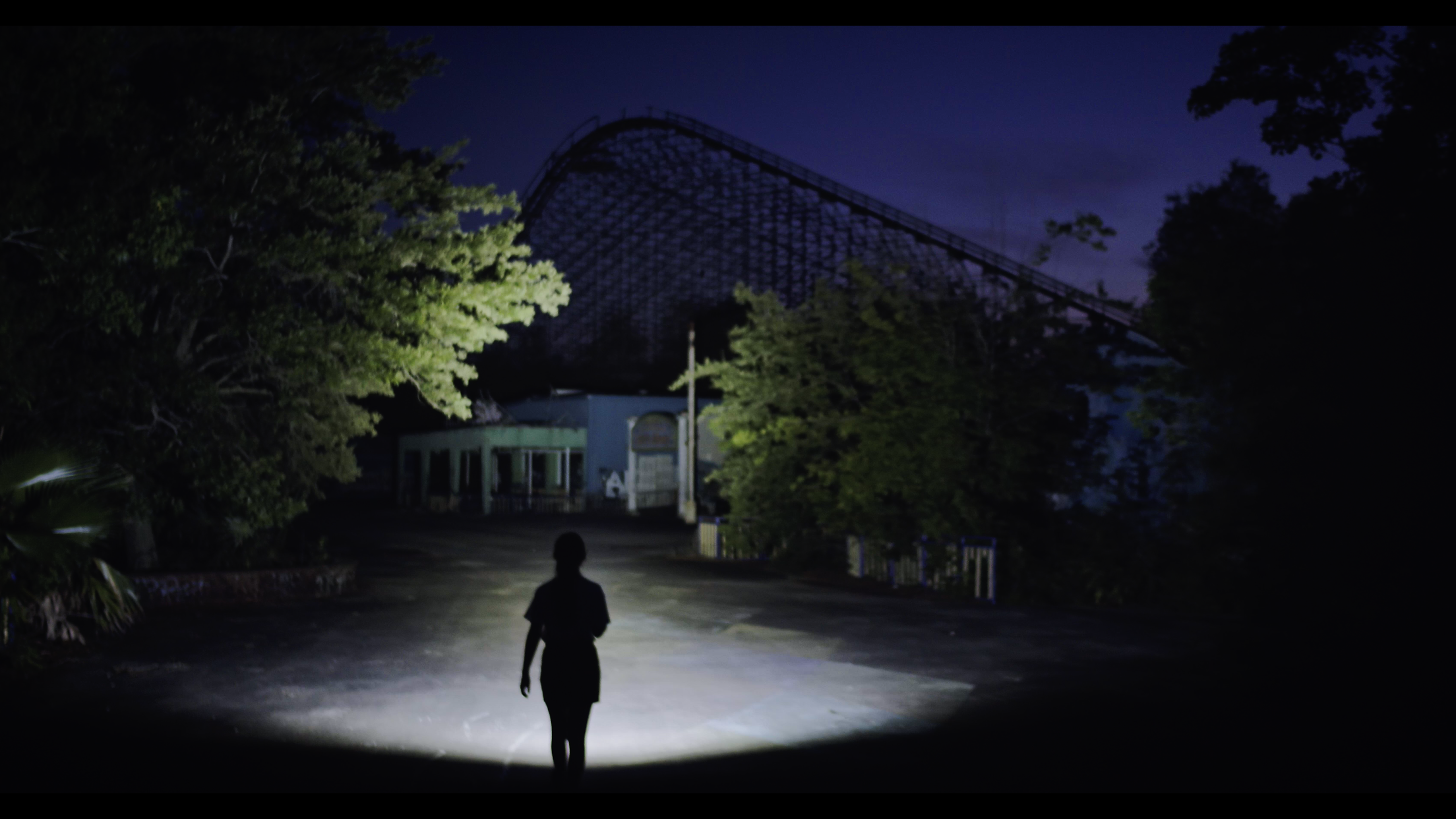 Speaking to the Sun Online, Jake said: "The documentary tells a story of not only the devastation of a hurricane but the economical and political issues that follow.

"Six Flags New Orleans became the last big monument of the dark Katrina past and that was a story I felt needed to be told.

"Theme parks are generally thriving businesses with entertainment and fun at their core, so the idea of an abandoned one had really caught my interest."

William continued: "Six Flags New Orleans is the largest abandoned theme park in America, once owned by a major corporation so naturally there must be a fascinating story behind it. Indeed that was the case."

Everywhere you go, you just imagine thousands of people at one time having fun, juxtaposed to the current reality of how this theme park looks

The ill-fated establishment in the Louisiana city was only open to the public for five years — first opening in 2000 — before it was forced to close its doors when Hurricane Katrina hit.

With 80 per cent of New Orleans flooded, the park was deluged with 20ft deep water.

While this drained away a month later, the attractions were too damaged, and in 2006 the decision was made to close down for good.

Williams said a sense of emptiness pervades in place that was frozen in time, in a state of limbo and haunted by its past.

He said: "This park in particular however had an overwhelming feeling of nostalgia.

"Everywhere you go, you just imagine thousands of people at one time having fun, juxtaposed to the current reality of how this theme park looks. 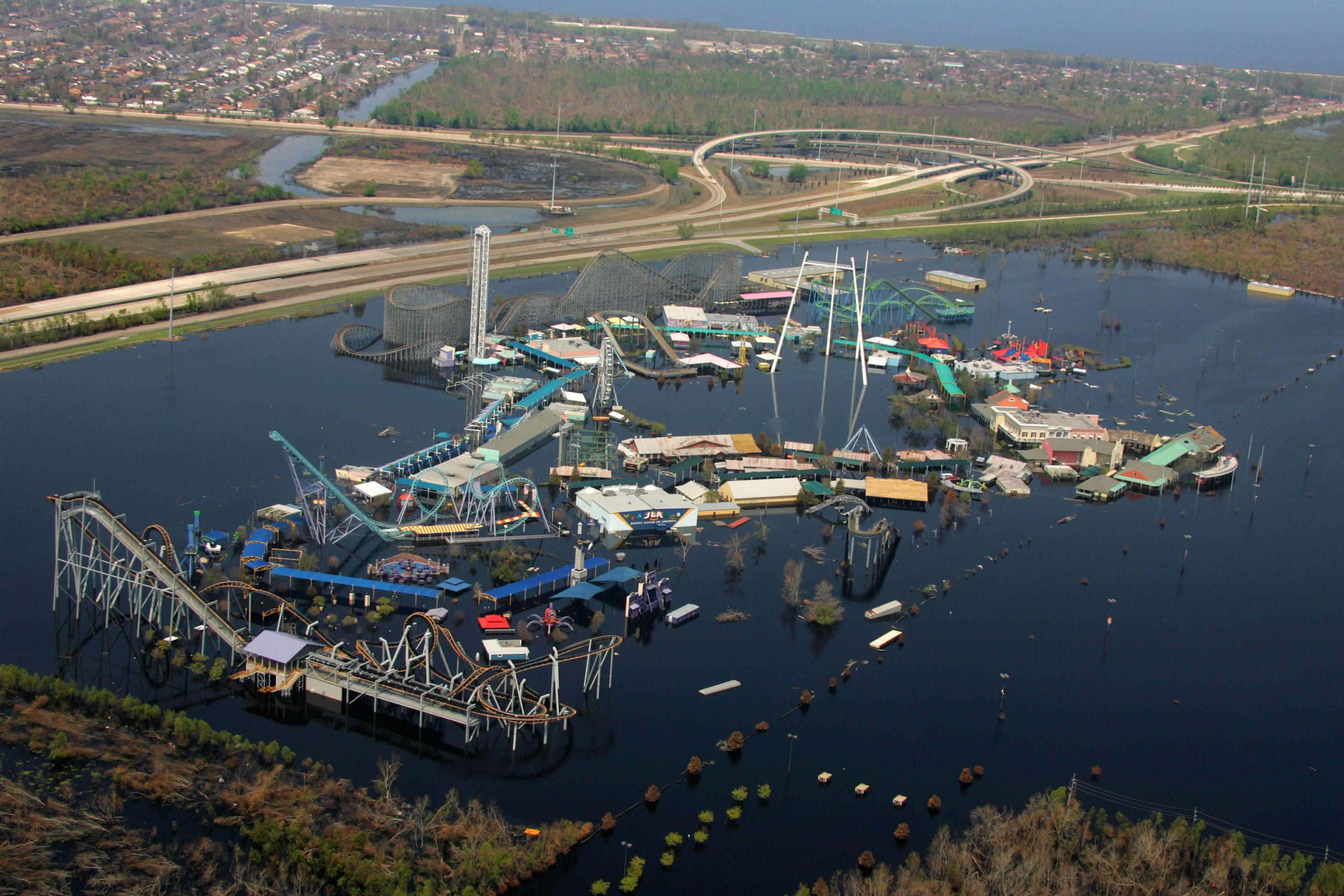 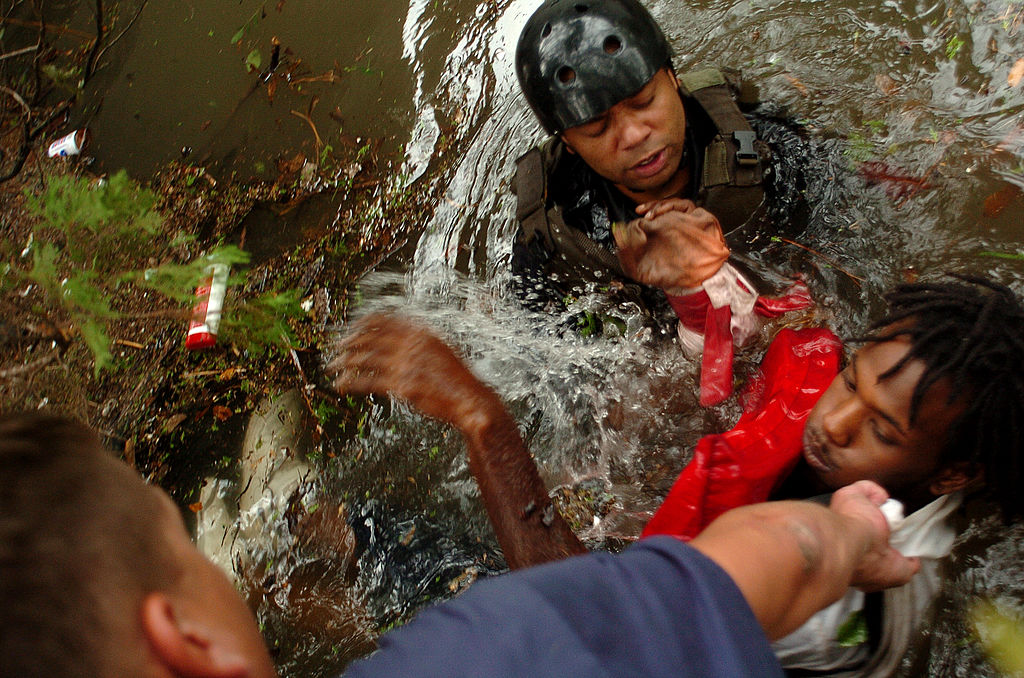 "It's incredibly depressing especially when you see gift shops and rollercoasters with water lines where the storm surge sat for days."

He added: "It truly is an unbelievable sight."

The theme park has now largely been taken over by wildlife and nature.

Creepy statues of clowns, mermaids and Mardi Gras figures now lay broken and dirty, having been left to rot over the years.

Grafitti can be found on most of the buildings, while rubbish and debris remaining from the surging waters.

Some of the most popular rides included the Mega Zeph, a wooden roller coaster track built to withstand hurricane-force winds and the SpongeBob SquarePants The Ride motion simulator.

The only ride to survive the hurricane with the least damage was an inverted rollercoaster ride called Batman: The Ride, which was removed from the park in 2007 and re-opened at Six Flags Texas as Goliath.

Since its closure, what to do with the abandoned theme park has still to be decided.

Initial plans to reinvent it asa theme park, with names of Legend City Adventure Park or Dreamlanding Festival Park have bee suggested, along with a Nickelodeon attraction, although they have all been scrapped.

The concept of a Jazzland Outlet Mall was also suggested, although other competitors led to this also being cancelled.

Current plans include the park's demolishment, although this has stalled due to estimated costs of more than £1m.