Built with French engineering, it was China’s first P4 lab, one of several dozen in the world with that highest security designation. Yuan, the director of the lab, had worked for more than a decade to make it a reality. 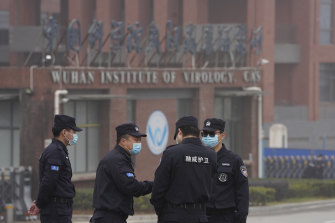 Security personnel gather near the Wuhan Institute of Virology earlier this year.Credit:AP

Yuan and his colleagues at the Wuhan Institute of Virology (WIV) hoped they could help prevent another catastrophe like the SARS outbreak in 2003, which embarrassed Beijing and resulted in the dismissal of the health minister.

But just a couple of years after the P4 lab’s ribbon-cutting, China was engulfed in a far deadlier outbreak. Yuan’s team hadn’t prevented it. And worse, some suspected they might have been involved in its genesis.

Yuan has vociferously denied that the WIV had any part in the coronavirus pandemic’s origins. “The Wuhan P4 lab has never seen any laboratory leaks or human infections since it began operating in 2018,” Yuan said at a news conference in July.

Amid the scrutiny, the WIV has turned inward. Yuan said at the news conference that his team took a virus database offline because of “the large number of malicious attacks,” and that they are under great pressure from rumours.

US intelligence agencies said in a report last month that the virus was not a biological weapon, and that it’s unclear whether it originated naturally or from a laboratory-associated incident. The report said confirmation is unlikely without China’s co-operation, which Beijing withdrew in July.

For Yuan and his team, it means the cloud of suspicion lingers. After their high hopes, it’s a disappointment. 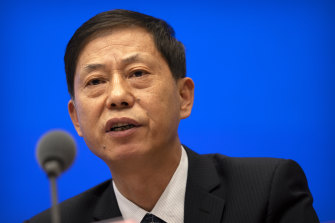 Yuan Zhiming, director of the Wuhan National Biosafety Laboratory at the Wuhan Institute of Virology.Credit:AP

“Scientific collaboration in virology – it’s gone,” said a foreign researcher who has worked for years with the WIV and who spoke on the condition of anonymity because of the hostile political climate. “Now, the Chinese will not welcome foreigners because their view is you’re coming in to dig dirt.”

This account of the WIV’s 65-year history, its coronavirus research and its P4 lab is based on interviews with visiting scientists, lab audit reports, satellite images, archival records and other documentation. The WIV did not respond to requests for comment.

‘Best of the best’

The P4 lab is located off an eight-lane road in Wuhan’s southern industrial outskirts, where factories give way to low mountains and farmland. The lab facilities cover roughly two football fields, on a tract of land 12 times as large, according to a June 2018 environmental safety audit report.

The building’s austere gray lines are softened by trees: From 2005 to 2015, when the lab was under construction, scientists would drive out on Arbor Day to add a few more saplings to the perimeter.

Based on the French P4 lab in Lyon, the building has four floors: waste management at the bottom; experimental labs and animal rooms on the main floor; and on the top two, apparatuses to ensure safe airflow, the report says.

Visitors called it state-of-the-art, in contrast to other, ageing WIV buildings, where scientists wore coats indoors in winter because of scant heating.

The lab had “the newest technology, a huge complex,” recalled Boris Klempa, a Slovak Academy of Sciences researcher who visited in 2017. 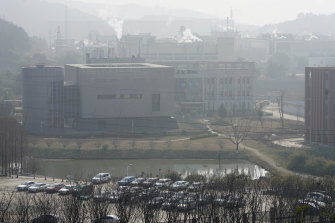 Suspected for its role in the pandemic: the Wuhan Institute of Virology.Credit:AP

Not everything there was meant for public eyes. Asked in 2018 what kind of viruses they kept by a reporter for the state-run Guangzhou Daily, the P4 lab’s deputy director, Song Donglin, replied that “disclosure of this kind of information must be controlled”.

WIV management has reminded staffers for years about state-secrets requirements and to be wary of foreign spies.

Jean-Pierre de Cavel, a French expert who conducted safety training at the WIV in 2010, said the Chinese researchers hoped to use the new lab to study highly infectious diseases like Ebola, Crimean-Congo hemorrhagic fever, and smallpox.

“Their expectations were to have a powerful tool, to have a P4, like any other big country,” he said. “They wanted to have the best of the best.”

The new P4 lab was not being used for researching coronaviruses, however, which are classified at lower security levels.

At a scientific conference in Barcelona in 1986, Danish researcher Ole Skovmand met a gangly Chinese scientist in his early 20s. His name was Yuan Zhiming, and he was studying how to kill malaria-carrying mosquitoes with Bacillus sphaericus bacteria.

Skovmand, 73, recalls that Yuan’s research at the time wasn’t cutting-edge. But it impressed Skovmand enough for him to help Yuan secure scholarships in France and Denmark. In Denmark, Yuan moonlighted as a cook in a Chinese restaurant and played ping-pong with Skovmand’s son, Skovmand said.

Yuan was outgoing and garrulous, recalls Christina Nielsen-LeRoux, research director of France’s National Institute for Agricultural Research, who met him in Europe two decades ago. Yuan would later reminisce about his time in Europe, and occasionally gripe about having to relinquish his research to focus on the P4 lab’s construction, Nielsen-LeRoux said.

“He said, ‘I miss that day we spent together. It was one of the best things in my life’,” she said.

The WIV was beginning to reach its stride then, after tumultuous origins.

Founded in 1956 as a branch of the Chinese Academy of Sciences (CAS), the WIV’s early work focused on agricultural pests, a serious concern during the famine that began in 1959. During the Cultural Revolution from 1966 to 1976, its research was disrupted, as 229 CAS scientists were killed in the political purges, according to official figures.

After Chinese leader Deng Xiaoping’s official welcoming of scientific research again in 1978, Beijing ordered the WIV to build the nation’s first archive of viruses, with 400 collected over a decade, according to an official history. In 1985, the WIV helped set up China’s first mechanised pesticide factory.

The WIV set its sights higher in 2003, with the SARS outbreak. Chen Zhu, CAS’s top official for biological sciences and soon to be China’s health minister, asked WIV to build a P4 lab, according to people familiar with the project.

Yuan accompanied Chen to France to persuade French experts to take on the construction. President Hu Jintao flew to Paris in January 2004 to seal the deal.

While the WIV had Beijing’s support for the P4 lab, it also struggled against bureaucracy. When SARS took hold, the WIV had such trouble getting official research access to the new virus that director Hu Zhihong ended up “stealing” a sample from a morgue, according to a 2006 article in the state-run China Youth Daily.

Around this time, another fateful figure in the WIV’s story emerged. Yuan’s colleague, Shi Zhengli, was beginning to search bat caves for the origin of SARS.

Shi was a year younger than Yuan and also had studied in France, specialising in aquatic viruses. Now she turned to bats, in collaboration with a prominent Singapore-based virologist, Linfa Wang. In 2004, her team collected samples from 408 bats across China.

It was tough work. Shi and colleagues crawled on their stomachs through narrow caves, she recounted in a speech in June 2018. They caught bats with nets, releasing most of them after taking samples, and occasionally taking a few bats back to the lab. 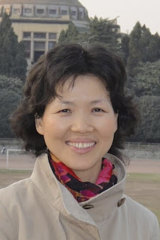 Shi Zhengli is a Chinese scientist at the Wuhan Institute of Virology.

Seven years into her search, Shi discovered in 2011 a close relative to SARS in a cave in subtropical Yunnan province. Her team’s paper, published in 2013, launched her to national prominence, and she gained the nickname “Bat Woman”.

In 2014, at age 50, Shi received a $US58 million ($78 million) national grant to continue studying coronaviruses in China’s south. Three years later, her team announced that they had found all the genetic pieces of the SARS virus in bats in a Yunnan cave – essentially proving the disease’s origin.

Meanwhile, Yuan’s 13-year endeavour was finally bearing fruit, with the P4 lab greenlighted in 2017 to begin operation. The $US42 million lab was not for everyday experiments. Only a handful of the WIV’s 300 scientists had been trained to use it, including Shi, the deputy director.

‘The situation worries me’

Shi entered the international limelight on January 23, 2020, the same day Chinese authorities sealed off Wuhan to contain a new disease. In a preprint paper, her team announced that they had found a virus 96.2 percent identical to the novel coronavirus.

Shi had originally feared that the virus could have come from her lab, as she told Scientific American. But she has since become adamant that the WIV never crossed paths with the virus, saying that she checked the lab records and that all staffers tested negative for SARS-CoV-2 antibodies.

Shi’s supporters say that if there had been a lab cover-up, it’s unlikely the staff could have kept the secret from leaking out, especially with a full-court press by US intelligence agencies. The US intelligence report delivered to President Joe Biden last month said that the coronavirus was not a bioweapon and that Chinese authorities didn’t know about the virus in advance.

Yuan and Shi have retreated from the world amid the controversy. The “comprehensive news” section of the WIV’s website once highlighted international collaborations, but has dwindled to politically correct posts about researchers studying the speeches of Chinese leader Xi Jinping.

Nielsen-LeRoux said she last heard from Yuan in March 2020, toward the end of the Wuhan lockdown.

“We had a very hard time in combating the infection in Wuhan,” Yuan wrote to her in an email.

“The virus is spreading in your country, and more people are infected during the last days, and the situation worries me a lot. I am confident that we could finally curb the spreading of the virus with our joint effort, and our life will return back to normal soon.”