Now you can stay in Iron Man’s cabin! Spacious remote home used by Tony Stark in Avengers: Endgame boasts three bedrooms, three bathrooms, Wifi, and a wrap-around veranda that could be yours for $800 a night

Marvel fans will never get cabin fever in this private farm lodge that served as Iron Man’s personal abode in the film Avengers: Endgame.

The tranquil lakeside cabin that appeared in the film is now available for rent on AirBnb, giving devoted fans a taste of the superhero life as they roam the home where Tony Stark’s family lived.

The furnished wooden cabin also served as the setting for the emotional funeral for the star in the action movie.

But a taste of the Stark life will cost you as the cabin – located in the woods of Fairburn, about 20 minutes outside of Atlanta, Georgia – goes for a pricey $800 a night. 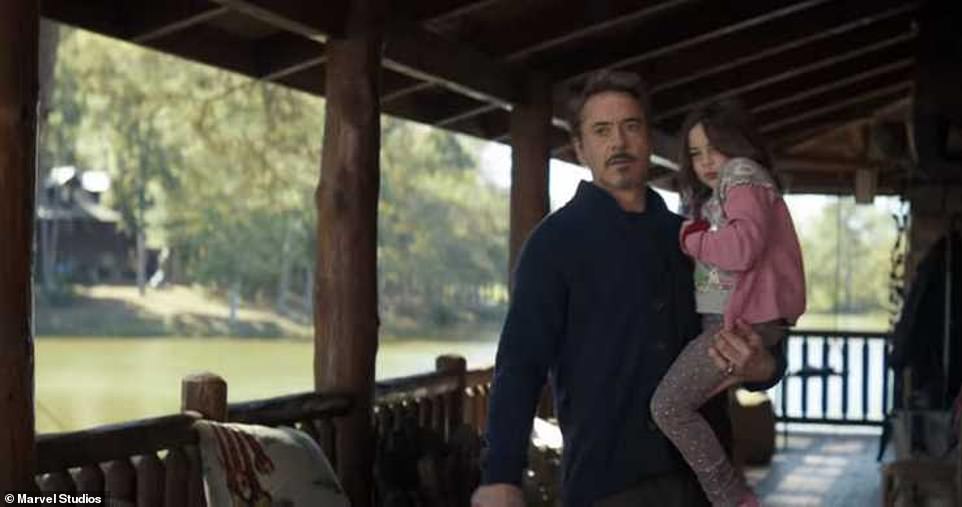 Tony Stark’s cabin in the movie Avengers: Endgame is listed on Airbnb for $800 a night. The remote abode located in Fairburn, Georgia pictured above in the famed film 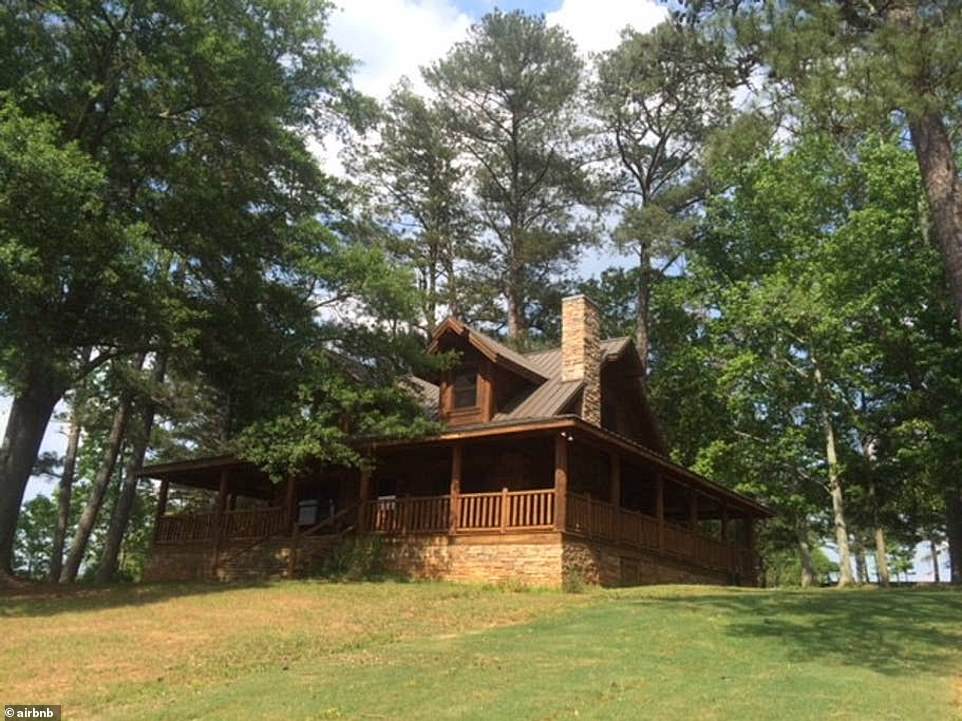 The beautiful cabin served as Stark’s personal home in the Endgame film with Pepper Pots, and can be yours for $800 a night 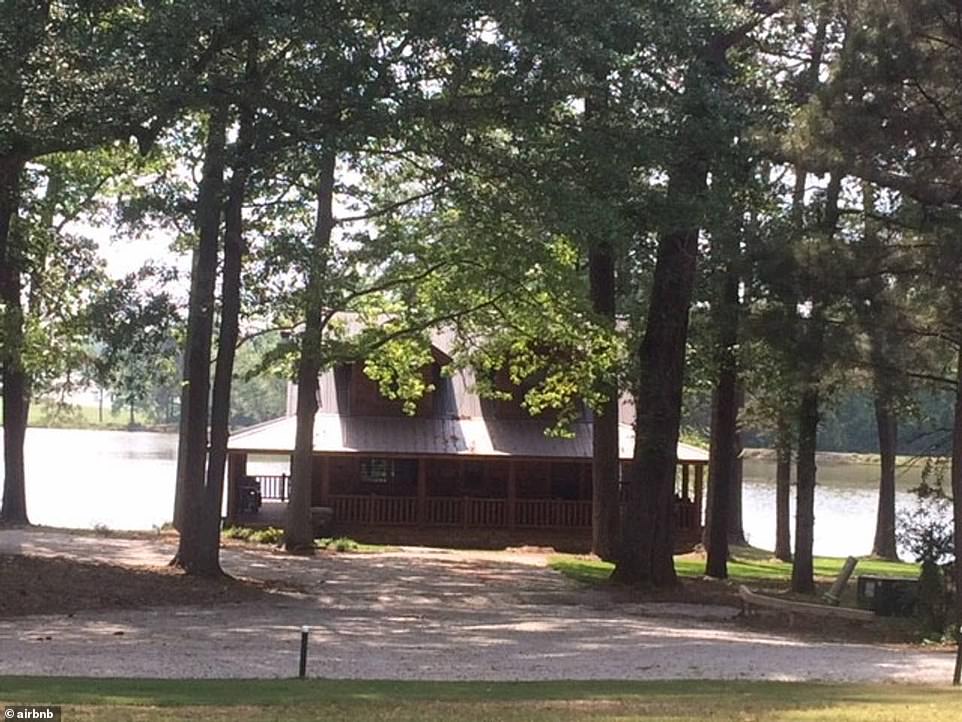 The furnished wooden cabin set on the edge of a lake also served as the setting for the emotional funeral for the star. It also offers a beautiful wrap around veranda for views of the scenic woods – perfect for catching sunset or sunrise 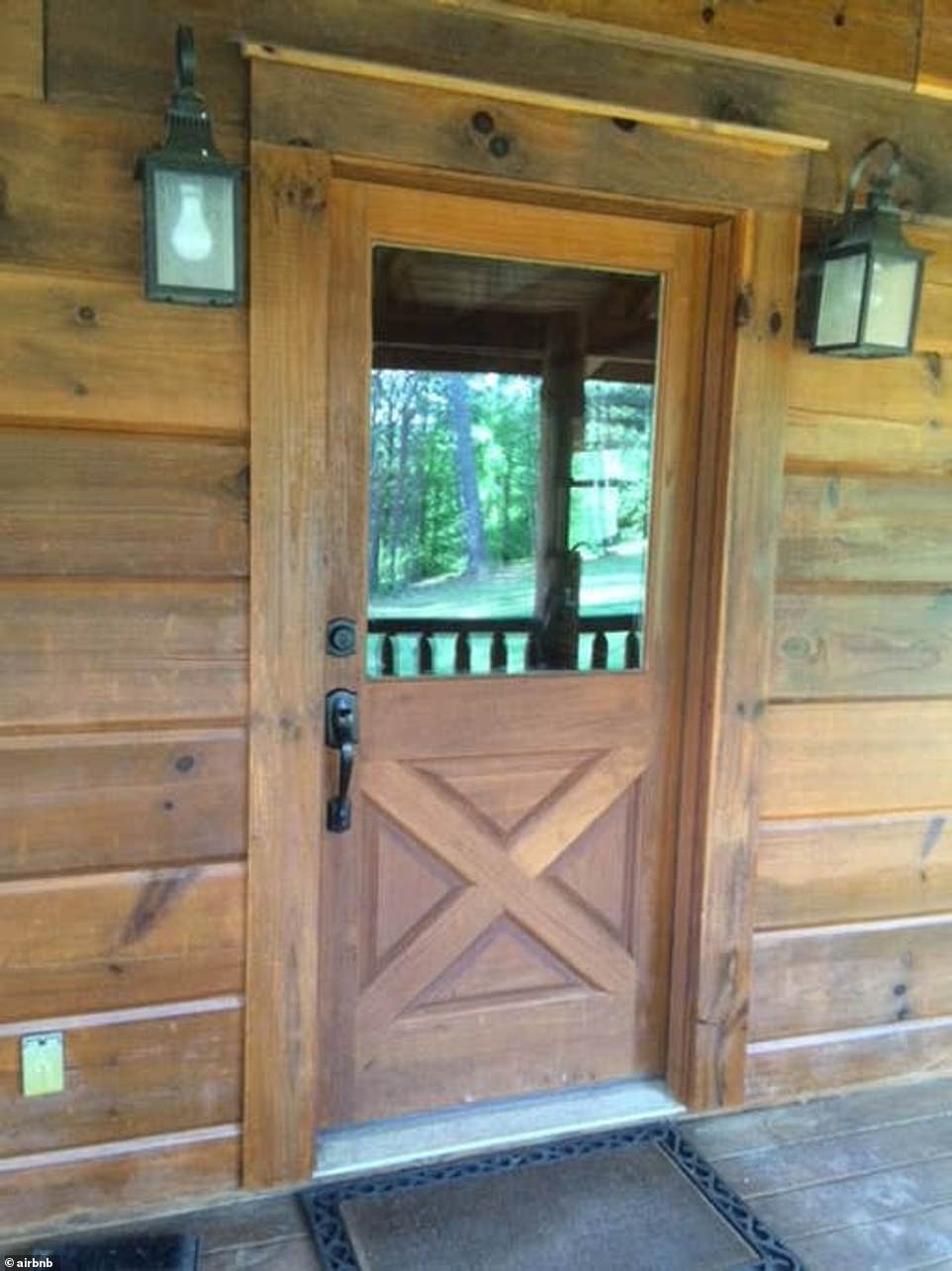 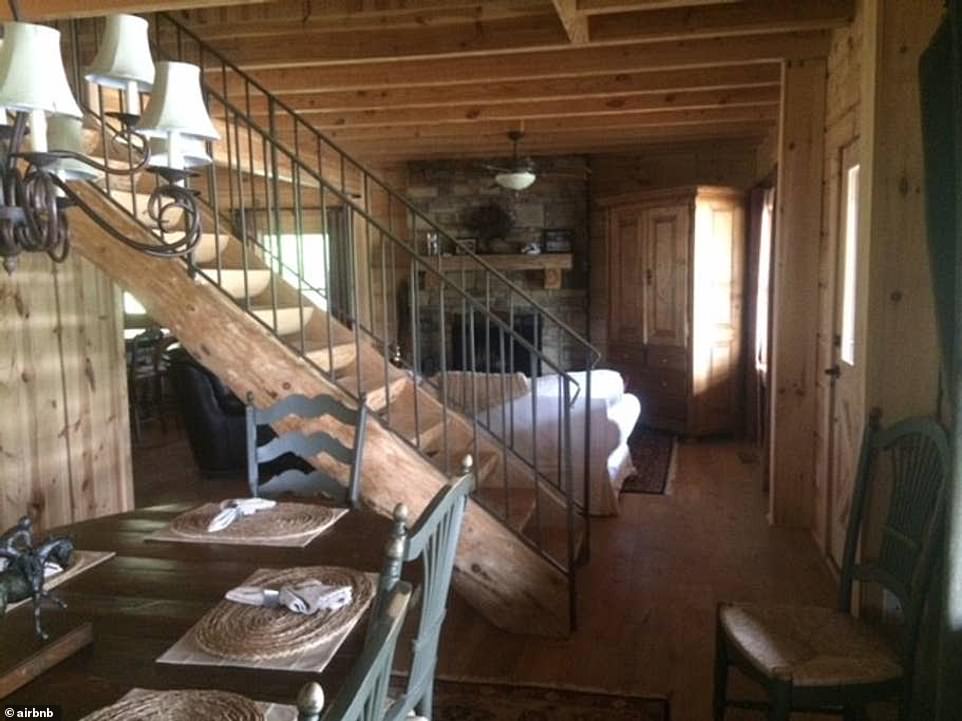 Welcome home! The wooden cabin includes a dining room for six and a cozy living room with an indoor fireplace 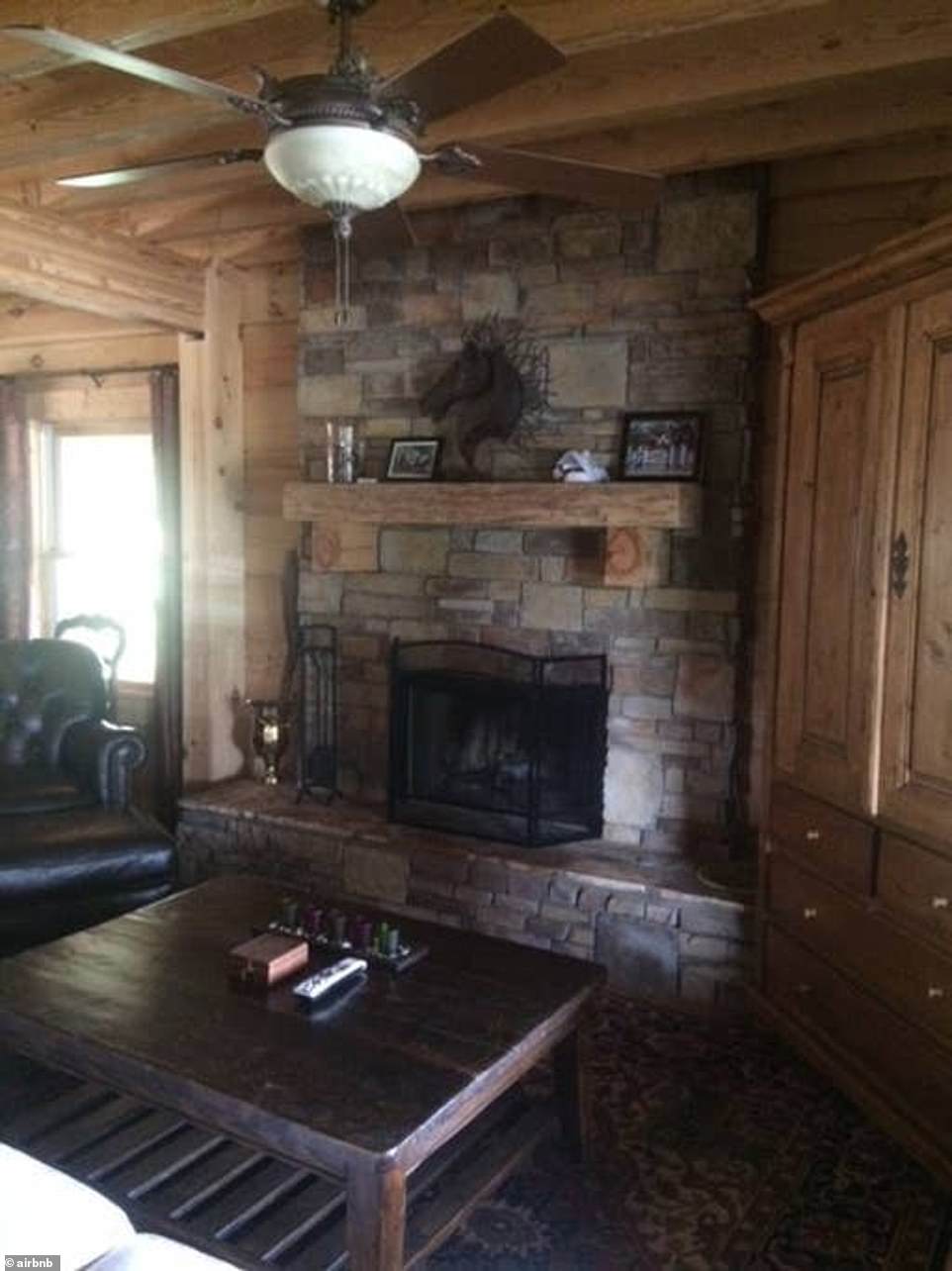 Unplug and unwind: Wood furnishing, an indoor fireplace, and plenty of games make this cabin the perfect way to disconnect from technology and relax 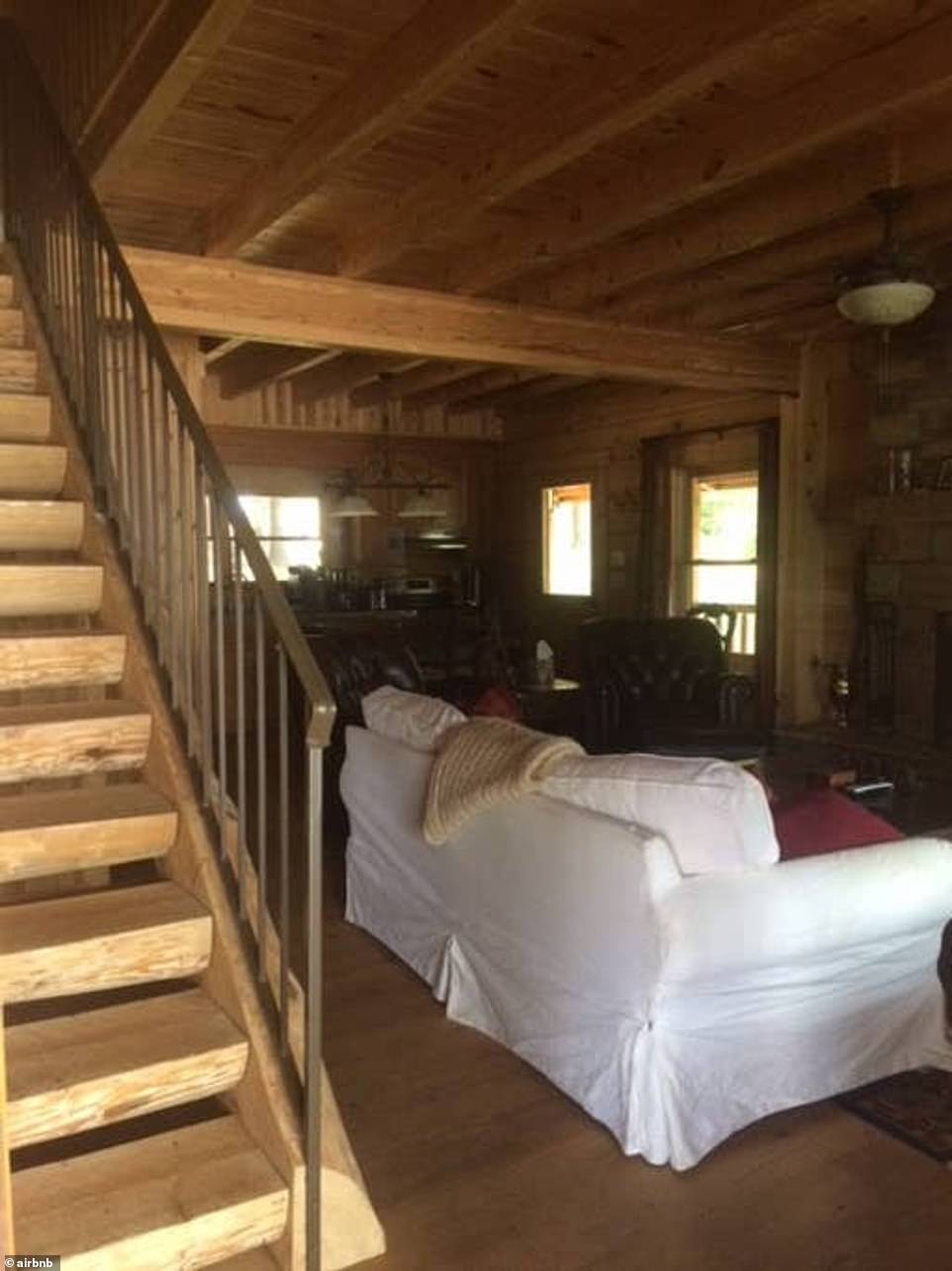 ‘Avengers Endgame fans… Would you like to stay in Tony Stark’s cabin? This is the iconic cabin in the movie!’ the Airbnb listing says

The cabin sits near Chattahoochee Hills and on a sparkling lake.

‘Need to get away from it all without traveling more than 30 minutes from Atlanta? Need to have a corporate retreat with your elite team? Need to come take the kids fishing and watch a horse show? Then this is your place,’ the listing says.

‘Avengers Endgame fans… Would you like to stay in Tony Stark’s cabin? This is the iconic cabin in the movie!’ it adds.

It may not have Stark’s cutting edge technology but the home boasts three bedrooms, three bathrooms, a kitchen, dining room, and cozy living room with an indoor fireplace.

Upon entering the stunning wooden home guests will be greeted by a spacious veranda that runs around the perimeter of the house, offering views of the peaceful lake just behind it – perfect for sunsets and sunrises.

Inside guests will see a welcoming entry way, a dining room for six, a living room in front of a cackling fireplace and plenty of space to unwind and relax.

The home is spacious enough to comfortably accommodate up to six and includes unique fixtures, and wood paneling.

The cabin also offers a large kitchen perfect for families and for testing out some new recipes.

The cabin may take guests into the middle of the wilderness, but fear not, in true Stark fashion it’s decked out with Wifi. The home also includes free parking.

One guest praised the home saying it’s a ‘gorgeous and serene lakeside cabin with wrap around porch and every conceivable amenity. We did not want to leave, and will definitely be back!’

May 26, 2020, Comments Off on James Argent’s weight loss: TOWIE star’s body transformation over the years as he shows off slimmed-down figure

May 26, 2020, Comments Off on Vikings blunder: Fans uncover glaring Torvi continuity error in key Lagertha scene
We and our partners use cookies on this site to improve our service, perform analytics, personalize advertising, measure advertising performance, and remember website preferences.Ok