In a world first, an Australian doctor has completed the first human clinical trial using engineered stem cells to treat an immune disease.

The trial used induced pluripotent stem cells to treat 15 patients in Australia and the UK with an immune disorder called graft versus host disease.

The disease can occur after a bone marrow transplant and, in some cases, can be deadly. 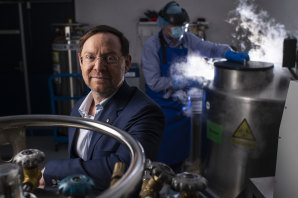 "It's an immune attack and the cells that I'm now talking about, derived from these reprogrammed cells, are capable of suppressing that kind of an immune response," he said. 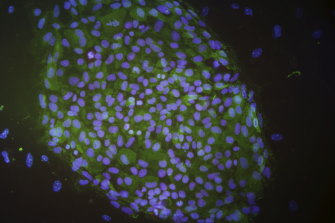 "None of these patients had any complications that were of any significance," he said.

While embryonic stem cells come with ethical concerns for some members of the community, and adult stem cells come from different donors which can lead to varying results or problems, Professor Rasko said these reprogrammed cells can be grown in an "unlimited supply".

"We were able to grow these cells indefinitely in an unlimited amount, and produce them safely and then check them and make sure they're safe," he said. "There's no other technology that can do this."

Rebecca Rudy was diagnosed with leukemia in 2018 and as part of her treatment at St Vincent's Hospital, with haematologist Professor Sam Milliken, received a stem cell transplant last year. Two months later, she developed graft versus host disease. 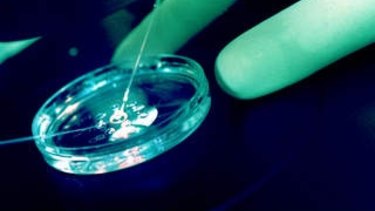 "I felt really good. And then all of a sudden, I started to get really, really bad cramps and contractions in the stomach like I was giving birth, that bad," she said.

"I basically had to come into hospital, get morphine injections, and then be hospitalised for a week or two weeks while they upped my steroids and other medication till I was well enough to go home again."

Ms Ruby said since that initial onset in April, she's had four "excruciating" bouts of the disease. While the disease is now "niggling", Ms Ruby said she will have to stay on steroids indefinitely until it's under control.

"It's something people wouldn't want to go through, I can assure you," she said.

Professor Sam Milliken, who is head of the department of Haematology at St Vincent's, said the study looked promising, particularly for the production of large numbers of these cells. However the small number of patients meant further work needed to be done, he said.

"If you've only got 15 patients in this study, chance can play a much bigger role than if you have 500 people in the study," he said.

Professor Milliken said it would be important to see these results replicated in larger, randomised trials to make sure the reprogrammed cells were the thing that made the difference.

"I don't want to downplay it, it's a very good result, but it needs to be confirmed with some bigger studies," he said.

Progress on treatments with these induced pluripotent stem cells has been limited so far, predominantly due to technical hurdles. Professor Rasko said through this trial, with medicine company Cynata, they've hopefully shown those hurdles can be overcome.

"Now we've set the scene for using these cells to give rise, for example, to bone cells where we can treat people who have fractures which aren't repairing, or people who need a new kidney, potentially," Professor Rasko said.

"Ultimately, we dream of the day where we will be able to regenerate human tissues, and this is the first little step in that direction."

The most important news, analysis and insights delivered to your inbox at the start and end of each day. Sign up to The Sydney Morning Herald’s newsletter here, to The Age’s newsletter here and Brisbane Times‘ here.