Just before his death, a homeless man in Arizona pleaded for help, repeating “I’m going to drown” to nearby officers, including one who said he would not jump in the lake to attempt a rescue, officials said.

On Monday, the city released about 12 minutes of edited body camera video that preceded Bickings’ death near the Elmore Pedestrian Bridge. It also made public a transcript of what officials say Bickings said as he struggled in the lake, along with comments by officers who were close by.

In one part of the transcript, which the city released to supplement the video of Bickings’ drowning, an officer, who was not identified, tells Bickings, “Okay, I’m not jumping in after you,” after Bickings had said several times that he was drowning.

Three responding officers, who have not been identified, have been placed on routine administrative paid leave, city officials said. The Arizona Department of Public Safety and the Scottsdale Police Department will “examine the Tempe Police response to the drowning,” the city said.

Representatives with the Tempe Officers Association, the city’s police union, said Monday that its “grief mirrors our community’s grief,” adding, “No one wanted this incident to end as it did.”

The union’s statement added that city police officers do not get training in water rescues and do not have equipment to help people who are drowning.

“Attempting such a high-risk rescue could easily result in the death of the person in the water and the officer, who could be pulled down by a struggling adult,” the group said. “Officers are trained to call the Fire Department … or get the Tempe Police boat. That is what officers did here.”

Police responded about 5 a.m. to the city’s Center for the Arts after a reported disturbance between Bickings and a female companion, according to the city’s account. 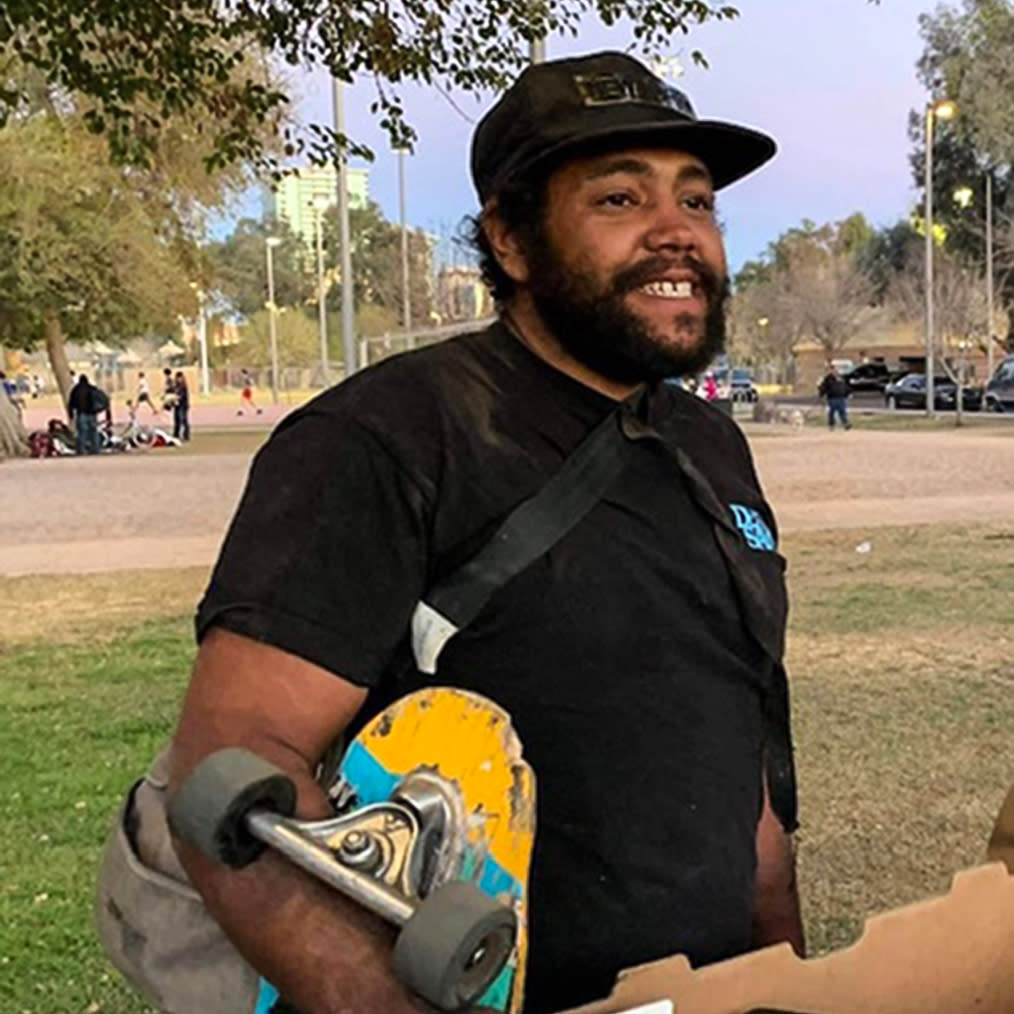 The pair, who were cooperative, denied that there had been any physical altercation, the Tempe statement said. Officers informed them they were running their names through a database for outstanding arrest warrants, which is customary, when Bickings climbed a 4-foot metal fence, entered the water and began swimming, according to the Tempe statement and the bodycam video.

“Officers informed him swimming is not allowed in the lake. He swam about 30 to 40 yards before repeatedly indicating he was in distress. He soon went under and did not resurface,” the city said.

NBC News does not know what preceded the body camera video.

Before Bickings drowned, an officer is heard asking him, “What are you doing, my friend?”

In the transcript, an officer asks him, “So what’s your plan right now?”

The same officer then says, “No, you’re not.”

According to the transcript, another officer tells Bickings to “go to the pylon and hold on” before he tells Bickings he is not jumping in after him.

Bickings’ female companion is quoted telling officers Bickings is drowning. She also says: “He’s everything I got. I can’t lose him. He’s going to die.”

An officer then says, “The other officer is going to get the boat,” according to the transcript.

Officials with the city and the police department declined to answer questions Monday about Bickings’ drowning or the officers who were placed on leave.

NBC affiliate KPNX of Phoenix reported that about six hours passed before Bickings’ body was pulled from the lake. The station also reported it was unclear how much time elapsed during the remarks by officers that were provided in the transcript.