Rarely do you see Elton John – a Grammy-winning Knight of the British Empire – behaving like a bona fide fan boy.

Yet that’s precisely what happens midway through the new documentary “If These Walls Could Sing” (Disney+, streaming Friday), Mary McCartney’s touching tribute to the myriad artists, ranging from The Beatles to Oasis, who recorded at London’s Abbey Road Studios.

John recalls a day in 1969 when he was just a young session piano player on the Hollies’ “He Ain’t Heavy, He’s My Brother.” Suddenly, Paul McCartney appeared and promptly sang the recently released “Hey Jude” to the slack-jawed group.

“He probably has no idea what that moment meant to me, but hopefully now he does,” says John, visibly moved. 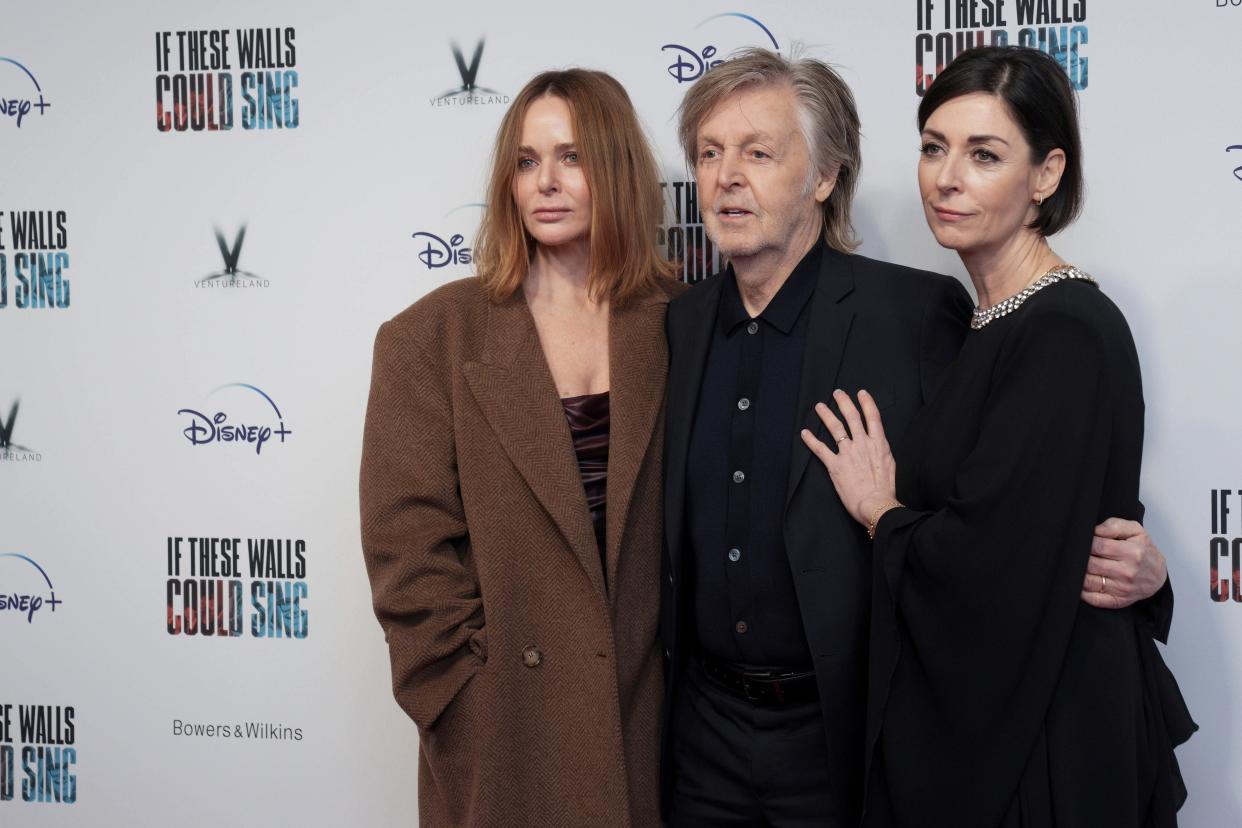 Message received, says McCartney, 53, daughter of Paul and Linda McCartney and sister of fashion designer Stella. “He loved it,” the director says of her father’s reaction to the clip. “And I think it meant a lot to Elton to come back here and say that.”

Those are just some of the magical moments conjured up by this famous and still functioning recording studio, whose historical significance is on par with Sun Studio in Memphis, Jimi Hendrix’s Electric Lady Studios in New York and Sunset Sound in Hollywood.

‘They weren’t breaking up’: Here’s why Peter Jackson’s ‘Get Back’ defies Beatles history 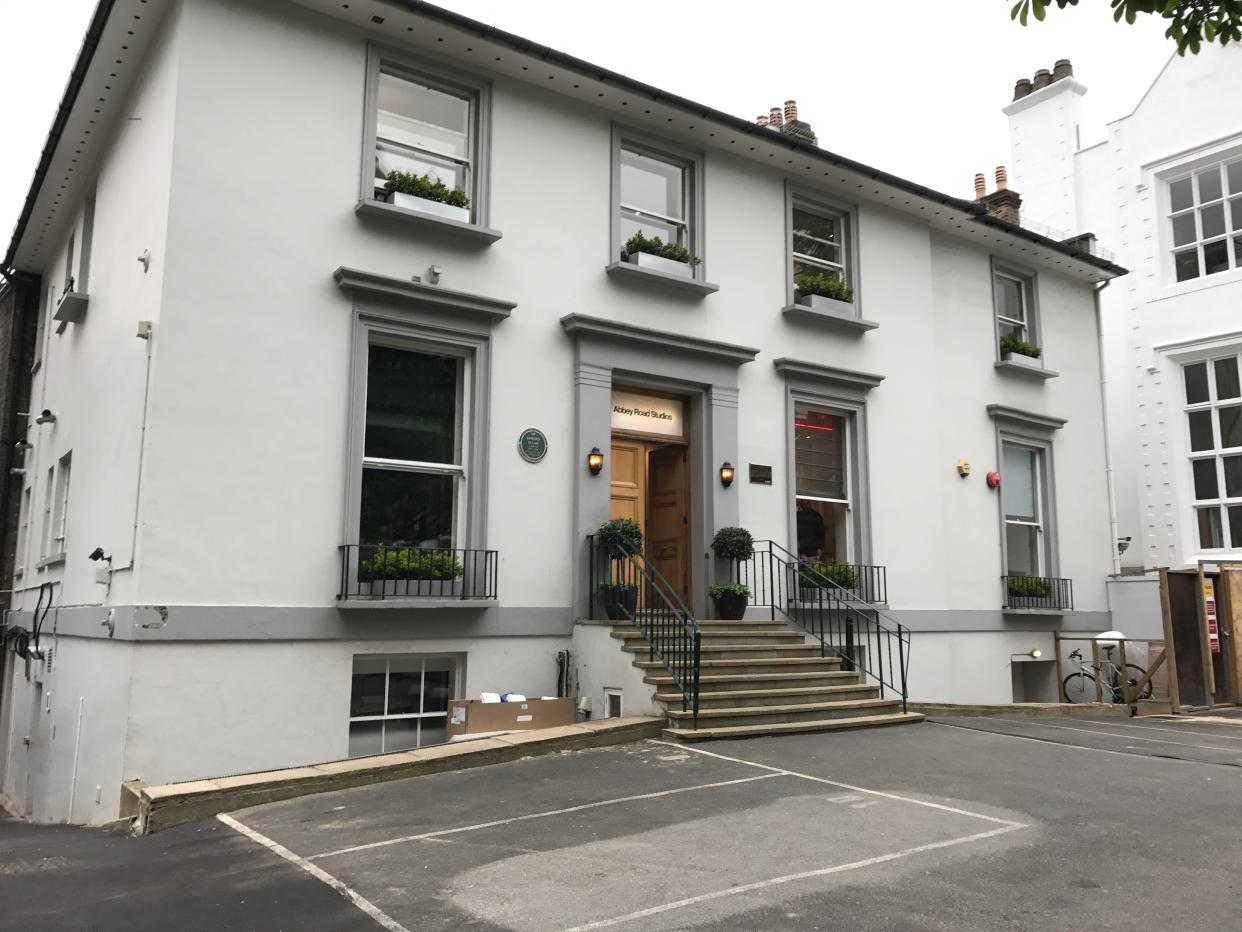 Much of Abbey Road’s history was a revelation to McCartney, who grew up crawling around the studio’s floors.

“I didn’t know it was 90 years old, I didn’t know any of it except for The Beatles” and Paul and Linda McCartney’s subsequent band, Wings, she says. “Part of the reason to do this documentary was just to be able to show that photo of my mom leading a pony across the zebra crossing.” 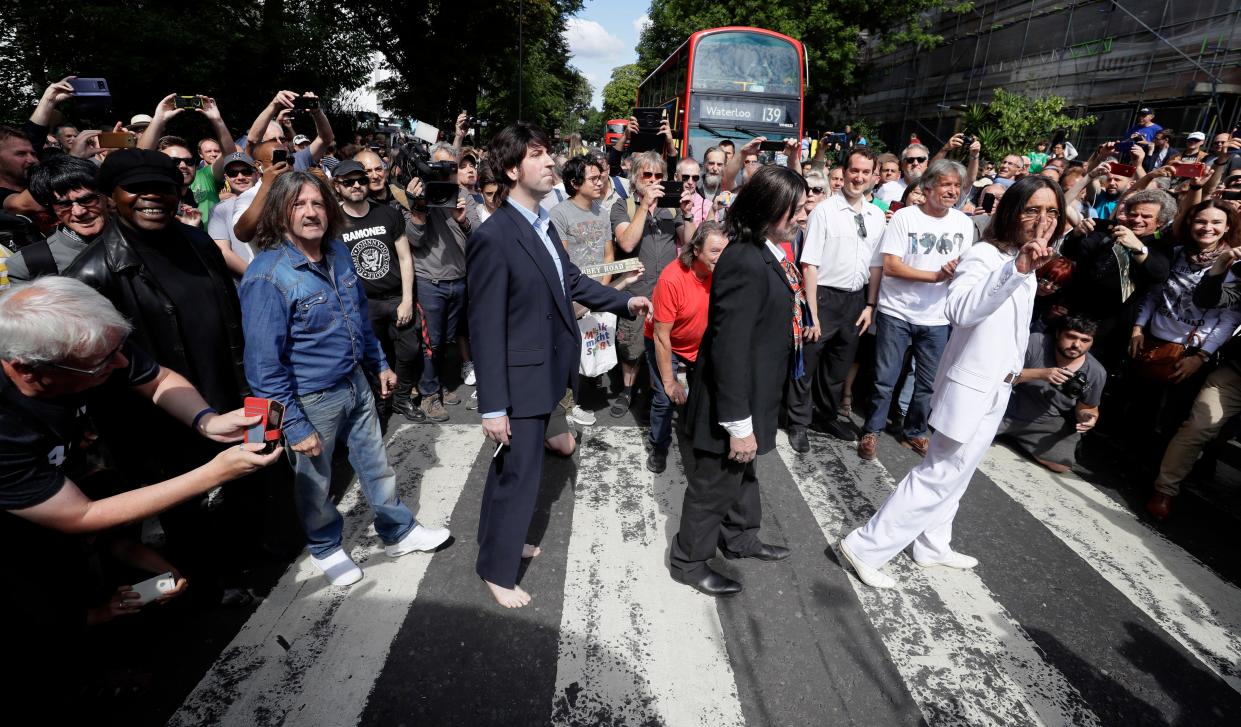 The pedestrian crosswalk that leads to the studio is famously seen on the cover of “Abbey Road,” the last album recorded by The Beatles.

And the pony would be Jet, a luxuriously maned creature that Linda McCartney decided should come to work with the family one day. When you’re a Beatle, you can bring a pony to work.

Ringo Starr: The Beatles were ‘just buskers’ when they arrived at Abbey Road

Even the most tuned-in music fan is likely to uncover some gems watching McCartney’s debut documentary, which mixes interviews with rare in-studio footage. Even the talent seems awed by what was created there.

“We were just buskers,” Starr says of his band when they recorded their first album at Abbey Road in 1963. The Beatles finished “Please Please Me” in one day at what was then called EMI Studios, a nine-bedroom townhouse that had been converted into multiple studios. 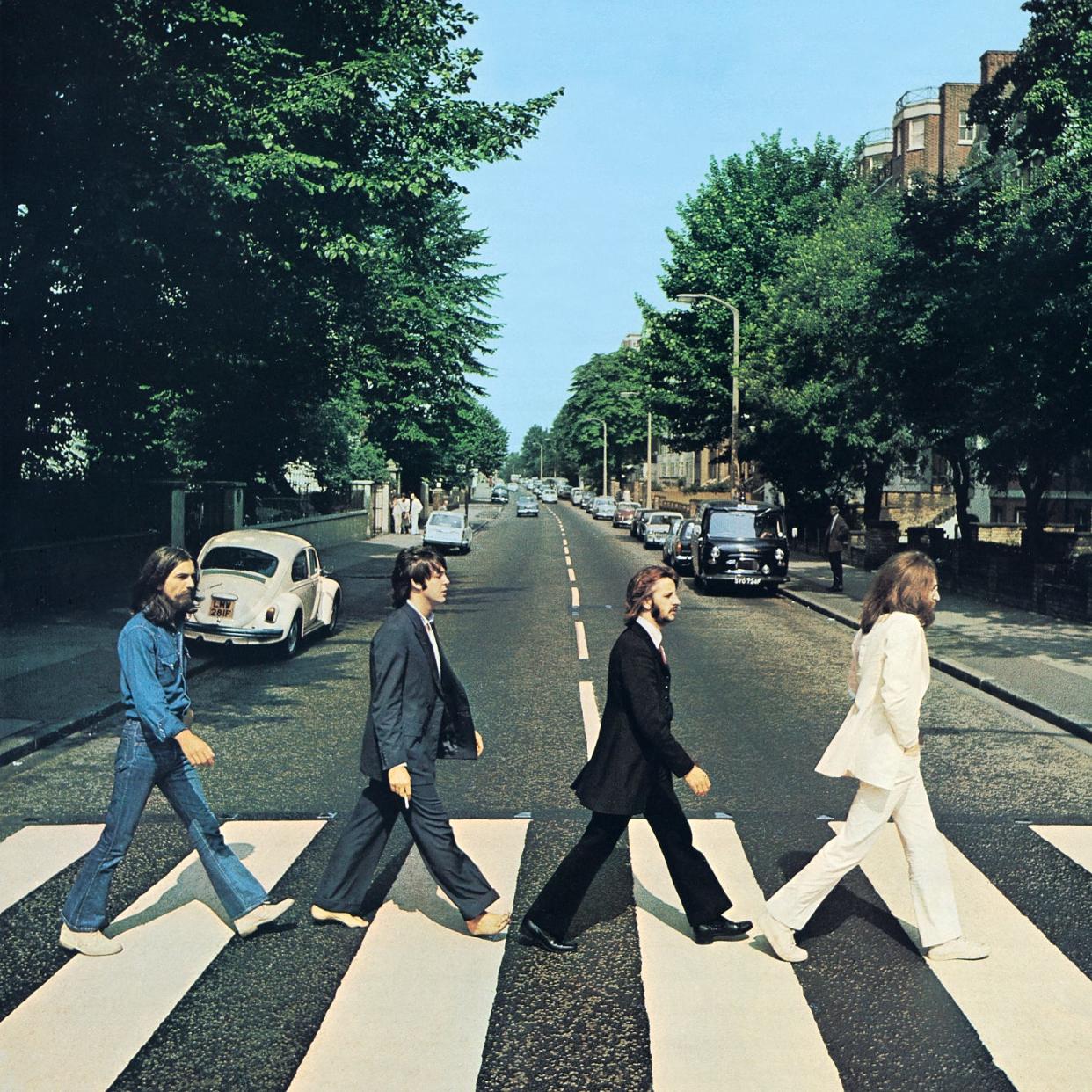 The band’s late-’60s work at Abbey Road would reshape pop music, thanks to innovative recordings such as “Rubber Soul” and “Sgt. Pepper’s Lonely Hearts Club Band,” which famously made extensive use of cutting-edge recording techniques.

Starr is good for a few more quips in “If These Walls,” noting that “if it hadn’t been for him” – meaning perfectionist and avid studio rat Paul McCartney – “we’d have recorded three albums.”

And Ringo’s favorite Beatles cut recorded at Abbey Road? That would be “Yer Blues,” because the quartet was literally stuffed in a closet and that closeness added to the track’s raw energy.

‘Under the Volcano’: The paradise that broke up The Police and comforted Paul McCartney 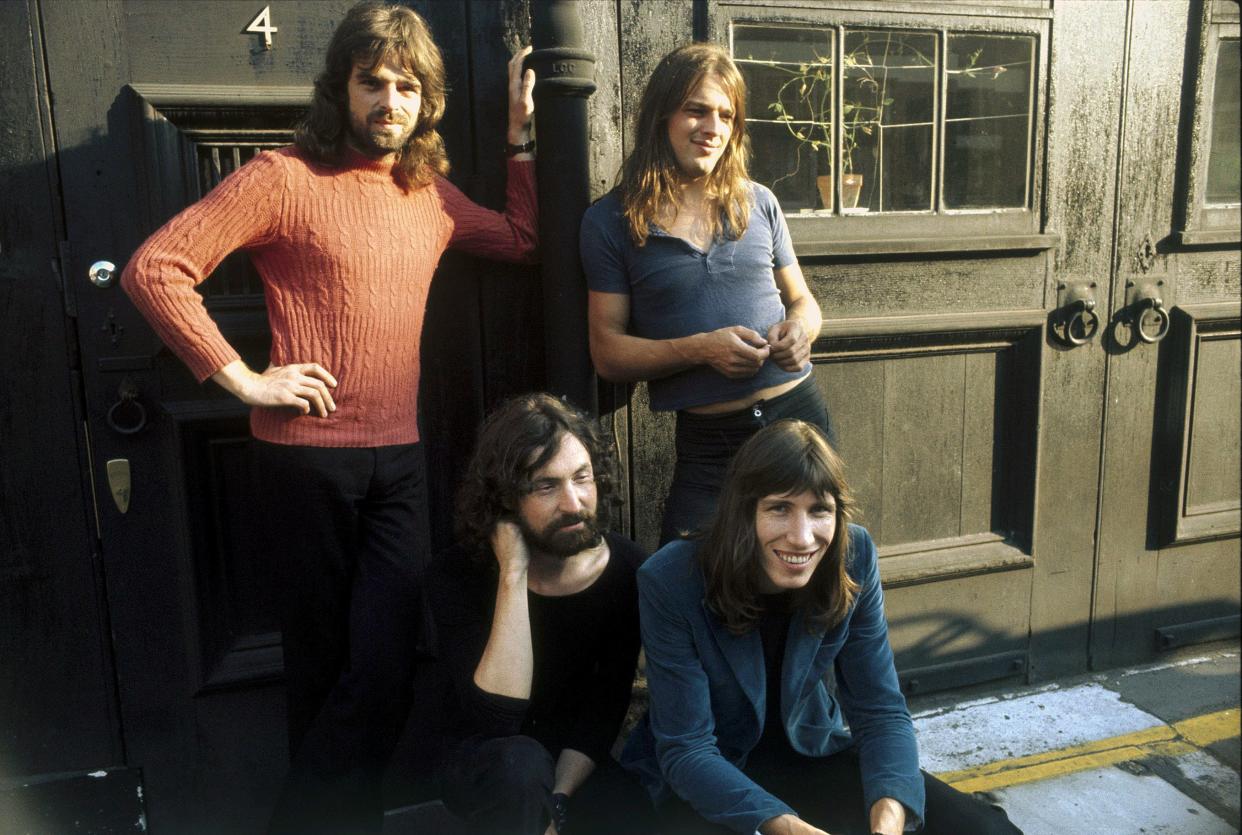 Jimmy Page of Led Zeppelin fame makes an appearance. As one of London’s top session guitar players, he would frequently visit to add guitar parts to all manner of music – including on Shirley Bassey’s indelible performance of “Goldfinger,” the James Bond title track.

The halls of Abbey Road rocked on in the ’70s, with Pink Floyd using the space to create their masterpiece “Dark Side of the Moon.”

But trouble came to venue in the late ‘70s as its financial fortunes flagged. Mary McCartney was shocked to discover that “there were serious plans to perhaps turn the place into a car park.”

Salvation came with a touch of serendipity. A film scoring studio in the area was going out of business, so Abbey Road’s director installed a projector and a screen, and invited movie directors to come visit. 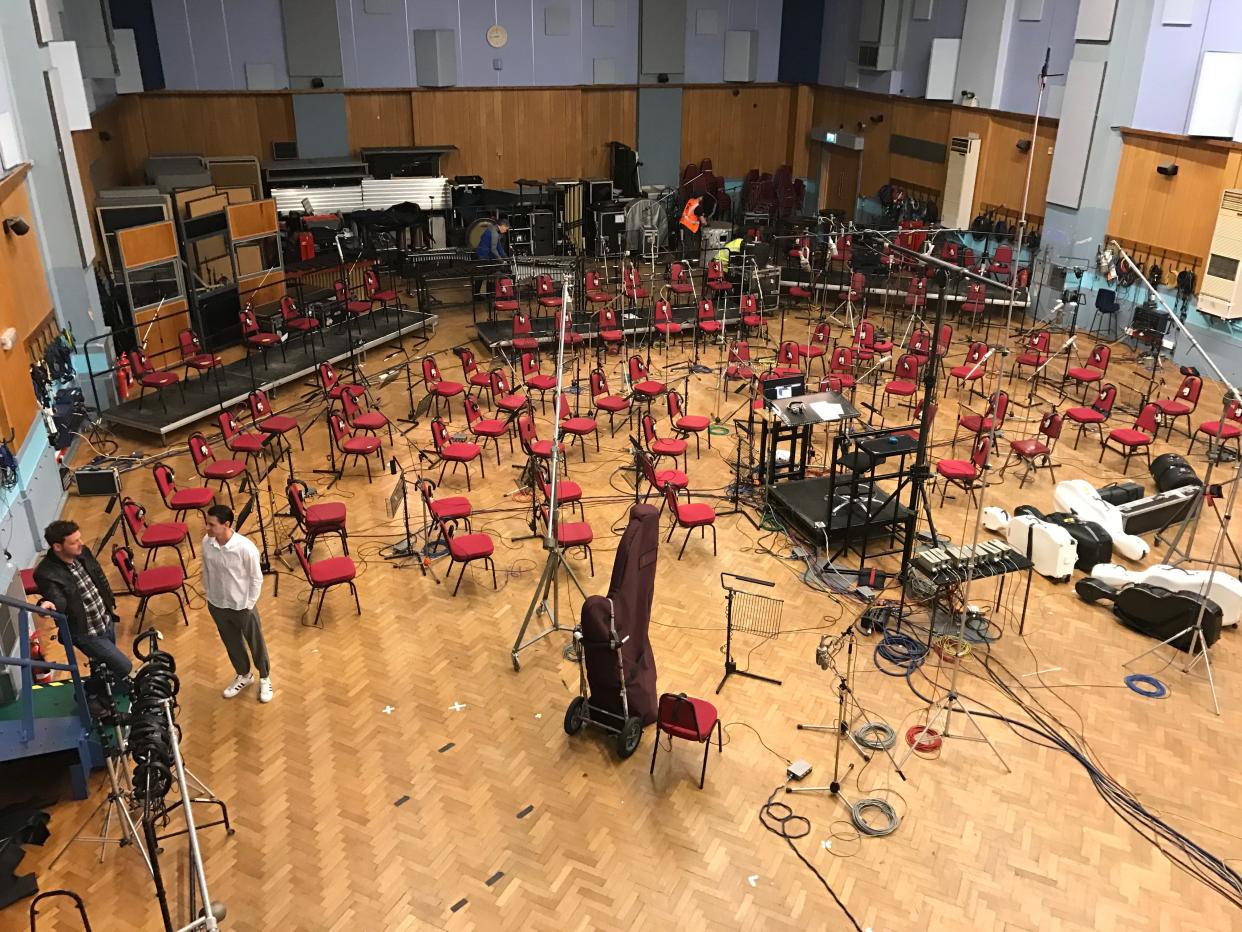 Along came John Williams, who recorded the soundtrack to “Raiders of the Lost Ark” and later some of the “Star Wars” films there. Of the experience, which leveraged the London Symphony Orchestra, director George Lucas tells McCartney, “It was amazing, like opening a Christmas present.”

The members of Oasis felt the same way. Both of the famously feuding Gallagher brothers, Liam and Noel, give McCartney time, not surprising given the outsized impact of Beatles music on their epic ’90s output.

Somewhat predictably, they have divergent memories of their time at Abbey Road. Noel insists they were booted out of the place for blasting Beatles music too loud one night, while Liam says that couldn’t be true.

“It’s like going to church, coming here,” he says.

Fittingly, Paul McCartney has the last word, telling his daughter that what remain most for him are remembrances of the people who shared these walls with him, from his bandmates to the person who ran the bar (yes, there is a bar).

Says Mary McCartney: “It was a safe place (for Dad and Ringo) where they cocooned and were nurtured. So when they walk in here once again, it’s a place for them full of memories and full of love.”

This article originally appeared on USA TODAY: ‘If These Walls Could Sing’ salutes Abbey Road, where Beatles thrived