Colleagues Tayla Harris and Brooke Jennings had two hours and about $1000 each in cash, courtesy of their boss, to spend at the Black Friday sales this year.

The dental nurses hit Chadstone Shopping Centre – Harris with her eyes on a discounted Dyson Airwrap hairdryer and Jennings a pair of Gucci sneakers.

At the orthodontic practice where they work, the pair receive their Christmas bonuses in cash, in an envelope, each year. It has been a long-running tradition to get two hours off work to spend their bonuses, if they wish, at the Black Friday sales. 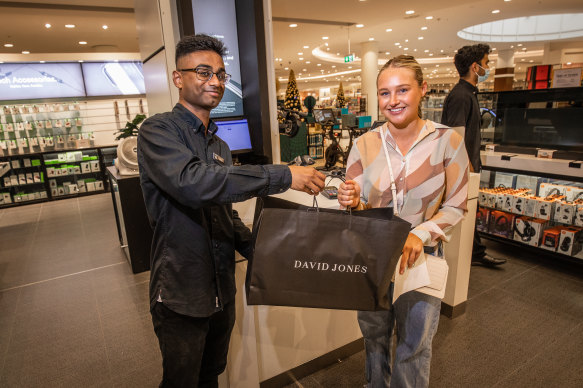 Harris, 27, said she had been looking for a Dyson Airwrap “for ages”.

With plenty of time to spare, her shopping spree was not ending there. “I really need some good runners,” she said.

“I’ve got an appointment at Gucci at 10am,” chimed in her colleague Jennings who plans to spend $1300 on Gucci sneakers.

Hungry for a bargain and ready to spend, dedicated shoppers hit Chadstone Shopping Centre on Friday. The centre expects 100,000 shoppers through its doors and has extended trading hours from 8am to 11pm.

“Today is one of the busiest days of the year,” said centre manager Daniel Boyle. “We have 550 retailers in the centre and the majority of those have some sort of special offer or discount.”

“This is better than Boxing Day,” he said. “There is more range and everything is good price-wise, and I’ve already saved $450. I might come back later.” 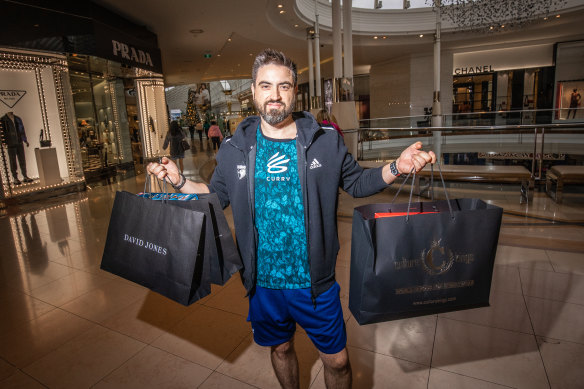 The sales roll on until Sunday, and then there is Cyber Monday – one of the biggest online shopping days of the year. Australians are expected to splash out $6.2 billion on bargains over the four days.

A survey of 1038 consumers by accounting platform MYOB suggested 63 per cent of consumers intended to shop the sales this week, up from 50 per cent last year. 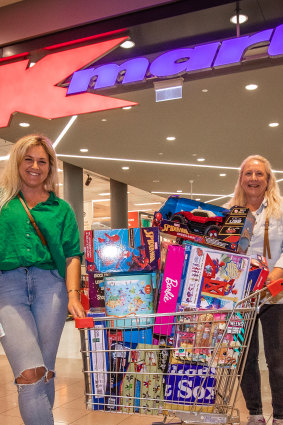 Bec Spratt, 19, lives on a dairy farm near Echuca and travelled for nearly three hours from the border town to make it to Chadstone in time for its 8am opening.

“Each year the Black Friday sales get better and better,” she said. “I’ll see if I can get on to Cyber Monday as well.”

Louise Davis and Sharon Driscoll drove from Dromana on the Mornington Peninsula to buy kids’ toys for Christmas. They had already spent about $650 by the time they spoke to The Age.

“We’ve bought Spider-Man toys, Barbie [and] Hot Wheels,” Davis said. “We’re going to smash out the toy shopping for a couple of hours.”

Caught in the hype of the shopping, Davis said she was also going to check out luxury retailers like Louis Vuitton and Gucci.

Centre manager, Boyle, said shoppers were relishing the retail experience this year, but he predicts it will still be some years before Black Friday outperforms the Boxing Day sales.

“Black Friday is continuing to grow, but Boxing Day will still keep the hero title for a period to come,” he said.