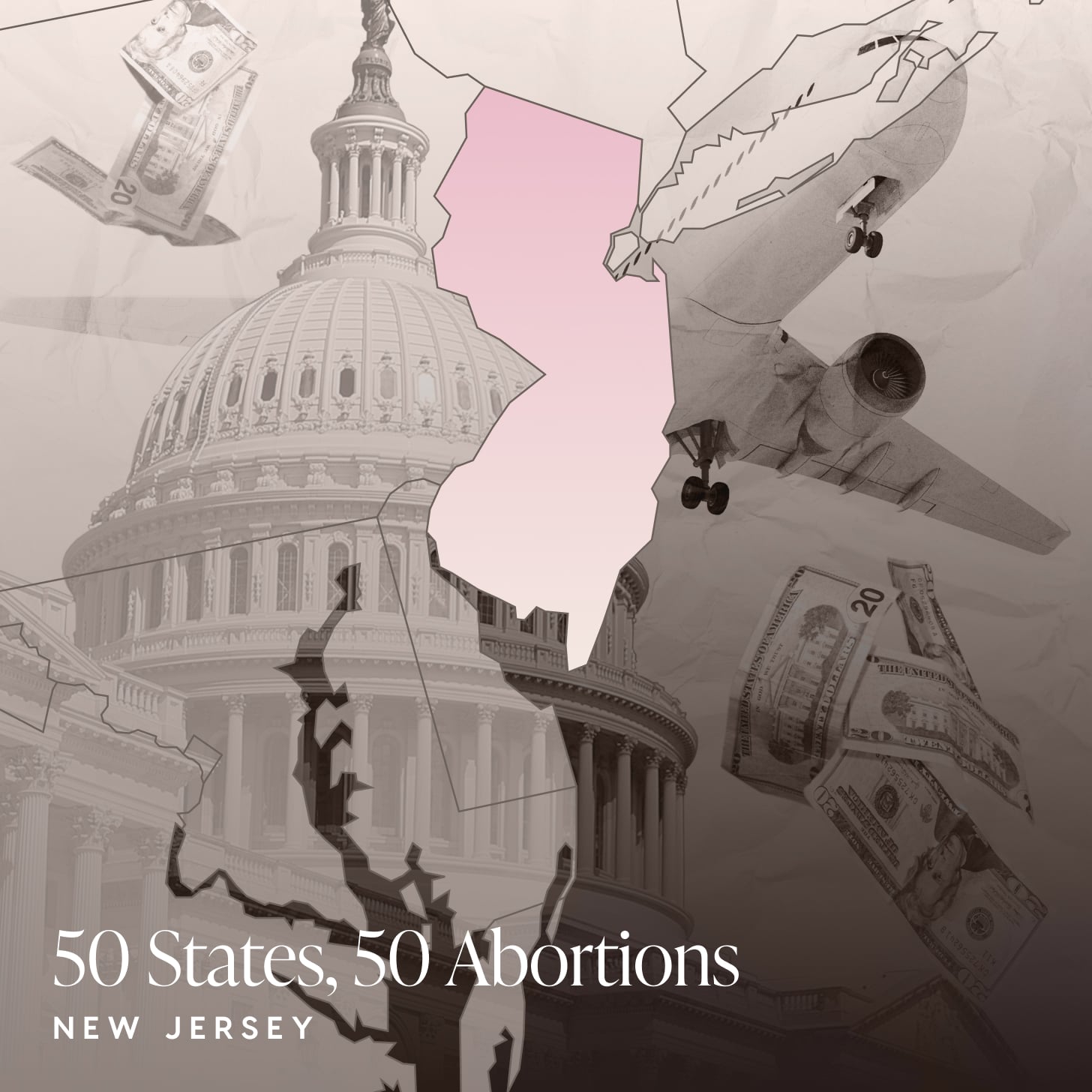 I was 31 years old when I sought an abortion. My son was a little over the age of 1 when I became pregnant with my second child. I was very excited about this pregnancy — I wanted both of my kids to be close in age, and they would’ve been about a year and a half apart — but I decided to get an abortion after a series of genetic testing showed that the baby had Down syndrome.

People are having children a lot later in life than they used to, but I was not of advanced maternal age. I had no risk factors, nothing like that. When you’re going through pregnancy, there’s a series of tests and ultrasounds that you have along the way. The first ultrasound that suggested something was wrong was the 12-week ultrasound, which is called the nuchal translucency scan. Basically, it’s checking the level of fluid in the fetus’s neck. If the fluid is under a certain amount, it’s good. If it’s over a certain amount, it can be a marker for some conditions, including Down syndrome. A normal measurement is between roughly one millimeter and two millimeters. Mine was almost 10.

The ultrasound technician isn’t really allowed to diagnose or talk through results with you, but she told me she could tell from the scan that something was not right. The technician referred me to the office’s maternal-fetal medicine specialist, who specializes in high-risk pregnancies.

I was lucky to get an appointment the same day, but I can’t even tell you how long those hours were between the scan and the appointment. The doctor helped us make a plan of action. I hadn’t had noninvasive prenatal testing, which is more accurate, I guess, than a scan, so I had that done first. It showed that the baby was at high risk for Down syndrome. I went back to the maternal-fetal medicine specialist, and we went through what the paradigm of testing would be for the rest of this.

I had to have an amniocentesis done, I had to have a fetal echocardiogram done — all of this other testing. Through the process, I had kind of already made the decision. I just needed the confirmation that this was the right choice for my family. I already had a child, and — though I don’t like to use this word — I didn’t want to burden him with the responsibility of being a caretaker for his sibling. The reality is that, as parents, your children are supposed to outlive you, and that’s a huge responsibility to put on someone without even asking them. My son was just a baby, unable to make that decision.

I was also thinking about things like my career. The reality is that a lot of the caretaking role falls on mothers. My husband is a teacher, so any medical appointments or anything that happened during the workday would have fallen on me. And I had hopes and dreams for myself, too. We also did a lot of research on Down syndrome and learned that there are a lot of health risks associated with it. We didn’t go through all the testing before we decided to terminate, but based on the results so far, we were getting the sense that the news would not be good.

I’ll preface this by saying we’re very privileged. We’re not rich, but we have means. We have good health insurance; we live in a pretty liberal state. But it is really hard to get a second-trimester abortion. By the time we decided to terminate, I was about 18 weeks pregnant. My ob-gyn did first-trimester abortions but not second-trimester abortions because they’re surgical. So the first part was finding a doctor. The second part was that it is surgery, and it’s a two-day process — on the first day, you have to get dilated, and then the next day is the actual surgery. I don’t think a lot of people know that.

Obviously, I wanted my husband to be there with me because it was a very difficult time emotionally. That meant that I had to have somebody watch my son. The other thing was, we didn’t have a car. The appointment ended up being about 35 minutes from our house, and my husband didn’t drive at the time, so we had to Uber there. I can only imagine what it would be like for other people who aren’t as lucky as I am, because these little inconveniences made it more difficult for me. At the same time, you’re dealing with so many emotions that it’s hard to be organized and think straight.

It’s been about seven years now, and I feel no regrets; I know it was the right decision. I knew it at the time. I’ll say that I don’t feel bad about the decision I made, but I feel bad that I had to make it, if that makes sense.

It was also difficult because I was very pregnant when I had this done. I looked pregnant, and people knew I was pregnant. So not only did I have to deal with my own emotions, but I also had to tell people that I wasn’t pregnant anymore. It was the worst thing ever.

When she was born, she had a condition that’s pretty benign, called torticollis. It’s basically like your head gets stuck to the side. She’s fine now, but from when she was about 8 weeks old until she was about 1 and a half, she had to go to physical therapy. And so we had to navigate that. I think about navigating that for the rest of a person’s life when you have a child with a disability. People should have the right to decide whether they can handle that emotionally or financially. Some people just can’t take off work to take their kids to appointments three times a week. People think about the baby being alive or not, but there are so many repercussions after the child is born. Parents and disabled children need resources, and we’re just not, as a country, set up to provide those right now.

We live in an area with good access to abortion. I was very lucky in that sense. I see a lot of women in my circle upset about Roe v. Wade being overturned, but I don’t know that they’re upset for the right reasons. I feel like they’re upset for themselves, but they don’t realize how this targets other people, especially people of color and people who are less well-off financially. Many don’t have the access to go to another state the way we do. I think about those people, and I think about the challenges that I had that would be magnified under these circumstances.