‘I could drop dead tomorrow’: Biden is forced to defend his physical and mental health after series of embarrassing gaffes – and claims he is ‘functioning well’ enough for 2024 bid – despite zoning out when asked if Jill wants him to run

President Joe Biden was forced to defend his mental and physical fitness for office yet again on Sunday as questions continue to mount over whether the 79-year-old leader will – or even could – run for re-election in 2024.

During an interview on MSNBC’s The Sunday Show, Biden was confident in his own capacities but conceded that he understood his nearing 80 was a ‘concern’ for some voters.

Further pressing on his own mortality, Biden said, ‘I could get a disease, I could drop dead tomorrow.’

It comes after host Jonathan Capehart aired a bizarre segment in which the journalist phoned his aunt into the interview.

He then asked Biden about his Democrat-voting relative’s concerns about his age.

‘Well, I think Aunt Gloria should take a look, I think it’s a legitimate thing to be concerned about, anyone’s age, including mine. I think that’s totally legitimate,’ the president said.

‘But the best way to make a judgment is to, you know, watch me. You know, am I slowing up? Do I not have the same pace? Or, you know, and that old joke, you know – everybody talks about the new, you know, 70s, 50s, you know all that stuff.’ 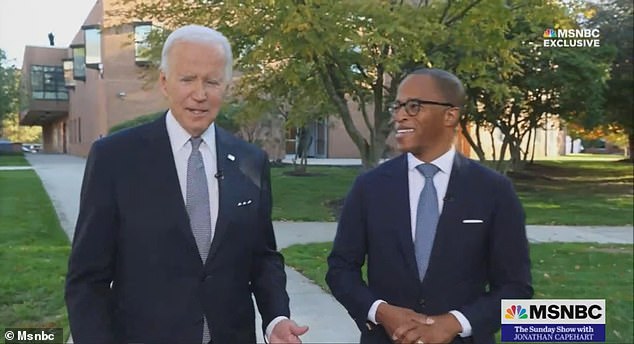 Biden added that he was a ‘great respecter of fate’ but implored voted to look at whether he has the ‘same passion for what he’s doing.

He then dared people who doubt his mental or physical competence to ‘vote against me’ – before quickly walking that back.

‘If they think I do, then it is fine. If not, they should vote against me- not against me, they should encourage me not to go, but that is not how I feel,’ the president said.

Speaking specifically on Capehart’s aunt, Biden suggested she ‘support some other Democrat’ if she didn’t think he was up to it.

‘But Jonathan, right now, knock on wood, I do not want to jinx myself, I am in good health. All of my- everything physically about me is still functioning well, so you know, and mentally too, so,’ the president said.

Voters’ rising doubts about Biden at age 79 come against the backdrop of his stagnant job approval numbers, which have hovered in the low 40s for months after dropping for much of his tenure.

However most polls still show him above his vice president, Kamala Harris, whose rock-bottom favorability has Democrat election-watchers worried about who will take up Biden’s mantle.

Despite that, Biden sung Harris’ praises during his Sunday show interview.

‘First of all, she’s smart as hell. She has a backbone like a ramrod and she has enormous integrity,’ he said.

‘She is really, really thoroughly informed- particularly on areas of foreign policy, national security issues. So I find her to be extremely, extremely well qualified’

He insisted that she was not left out of any White House meetings or decisions.

‘We engage her in everything,’ Biden said.

In a preview clip shared earlier this weekend, the president appeared to completely zone out after he was asked what his wife Dr. Jill Biden thought of his intention to run for the presidency once again in 2024. 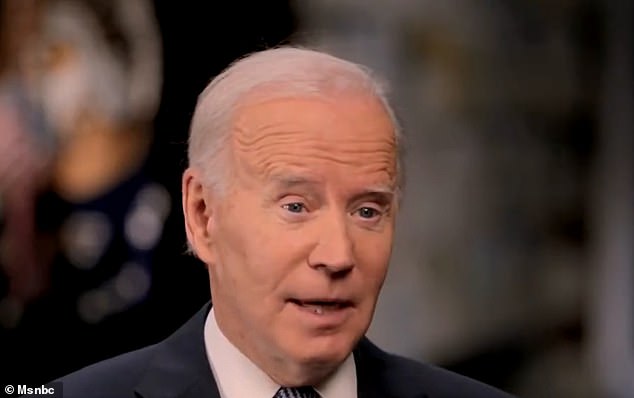 Asked what his wife Dr. Jill Biden think about him possibly running 2024, the president seemed to zone out and had to be gently pushed by the interviewer 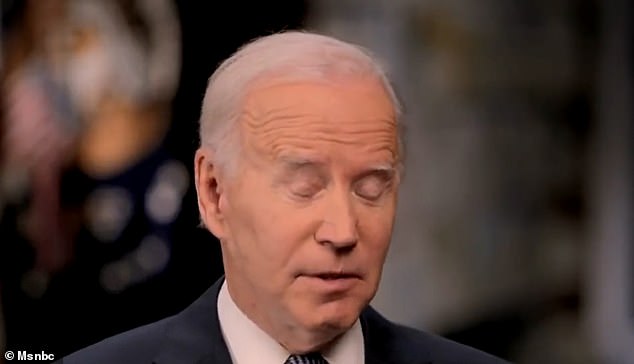 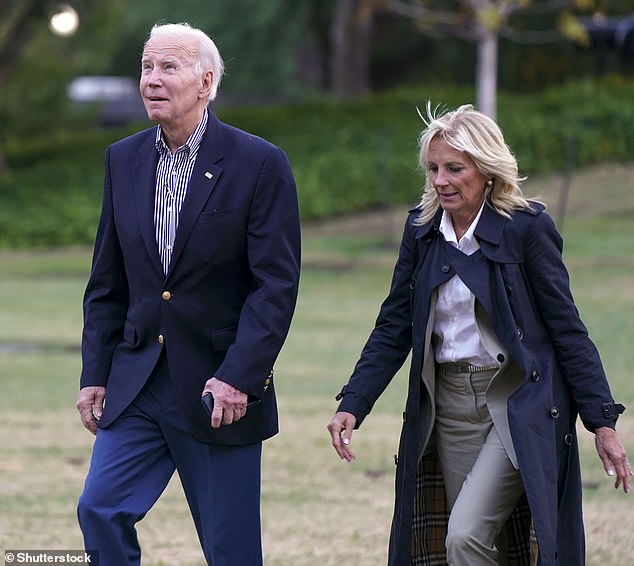 Joe Biden has been married to his wife, Dr. Jill Biden for 45 years, having married in 1977

‘I have not made that formal decision but it’s my intention… my intention to run again. And we have time to make that decision’, the president began.

‘Dr. Biden is for it?’ the MSNBC interviewer asks – only to be met with silence.

‘Mr. President?’ the reporter prods, to virtually no reaction from Biden.

Biden’s response led to a barrage of criticism on social media.

‘One must feel sorry for him. But no way should he be working any job much less POTUS,’ wrote one user.

‘I feel like I am watching my Dad talk about my Mom who passed away 6 years ago. This is not funny. This is real,’ added another.

‘Imagine how low his approval would be if the media didn’t protect him with note cards, and pre selected questions. It’s madness,’ suggested another Twitter follower. 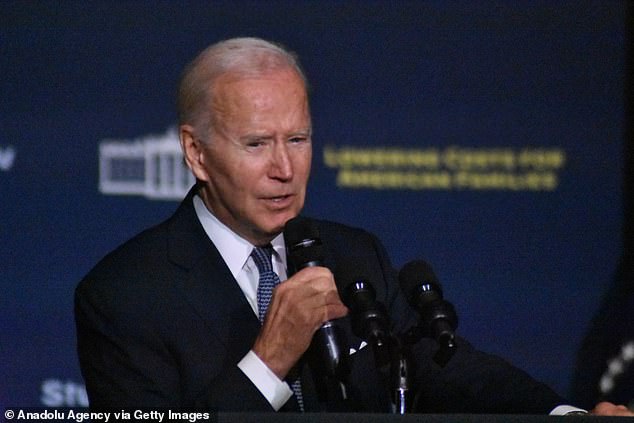