THE Royal British Legion has slammed a fresh wave of fake poppy scammers ahead of Remembrance Day this Sunday.

Hundreds of lowlifes have flooded sites like eBay and Amazon with false listings for red poppies to "actively defraud" patriotic Brits. 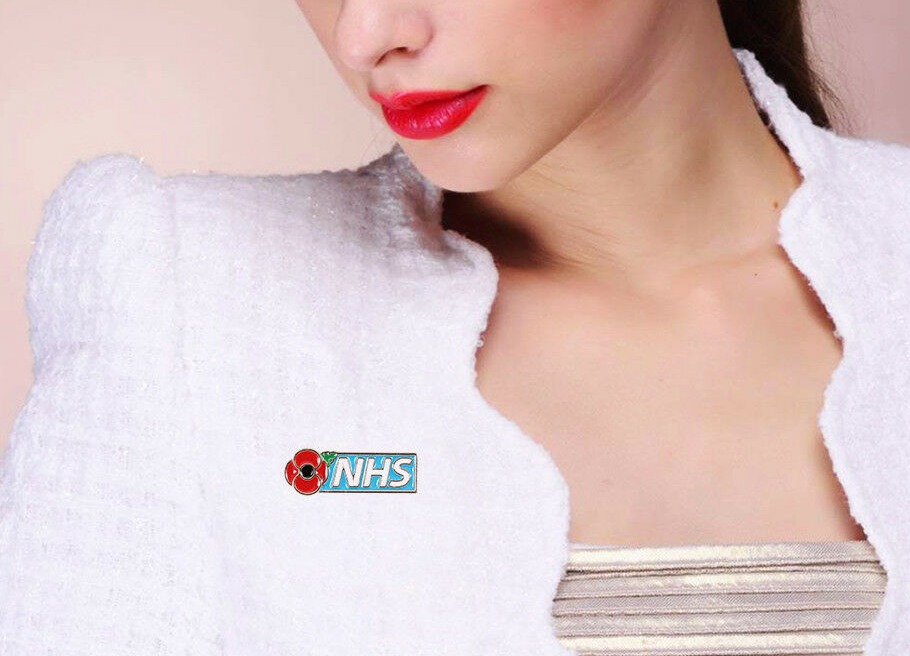 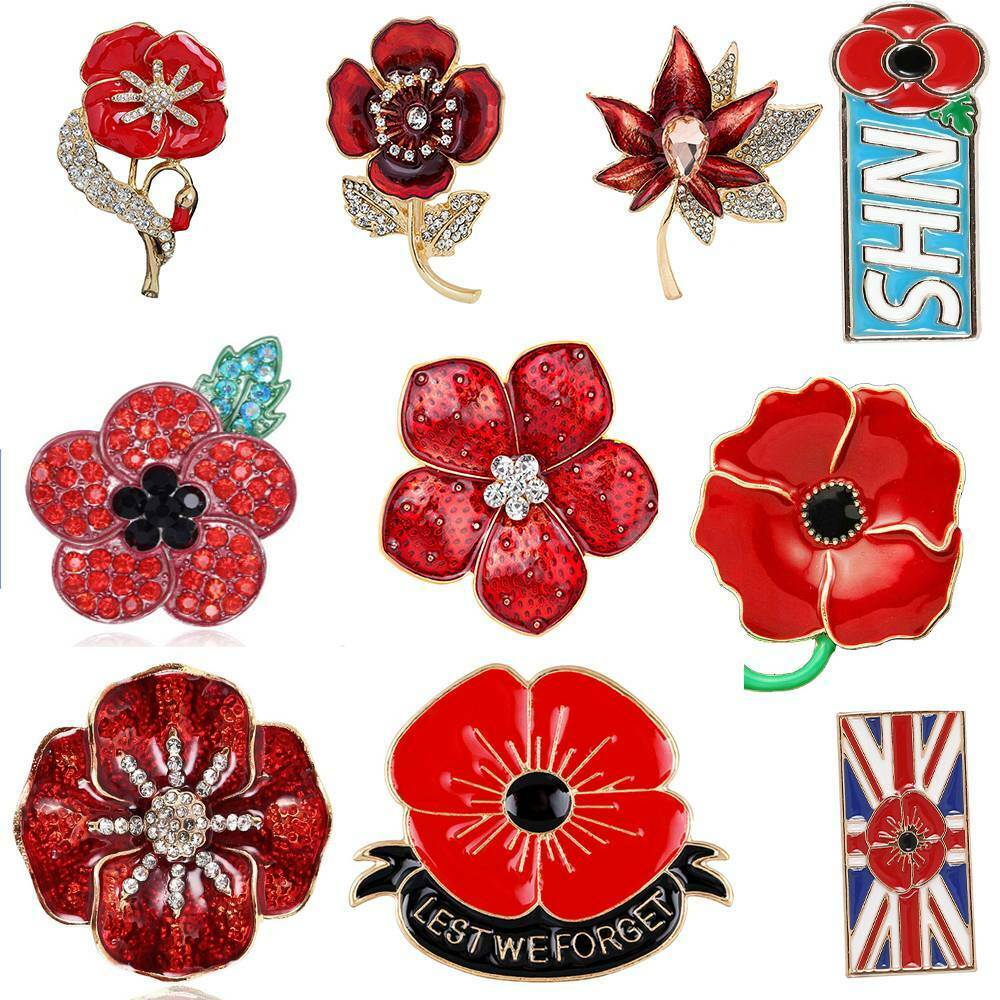 And it's thought not a penny earnt from their sales is actually going to charity, with scores of stores not making it clear if the money made is for a good cause.

The Royal British Legion (RBL) confirmed you can only buy the iconic red poppies through their official channels, including RBL accounts on both eBay and Amazon.

A spokesperson told The Sun: "It is a sad fact that there are people who actively defraud the public in order to take funds intended to benefit our Armed Forces community.

"We would urge everyone wishing to purchase a Remembrance poppy brooch, to do so through official channels. "

A simple search on the eBay site for "red poppy brooch" brings up 455 results, and "remembrance poppy" brings up 2,887 results, including stickers, window decals and face masks.

Just one of the badges featured in the first four listings is from RBL.

And one bare-faced scammer even advertises their wares with keywords like "Hero," "Veterans," "Memorial Day" and "Remembrance".

The listing continues: "The brooches make a perfect gift for family or friends, gifts on Memorial Day, Remembrance Day, Veterans Day or Any Occasions."

The seller – who does not appear to be in any way affiliated with the RBL's official account – neglects to mention anywhere on the page if the proceeds from the £10.99 poppy pins go to charity.

It is not clear if sellers from unofficial channels make a personal donation.

It comes as the forces charity launched stunning gold and silver poppy pins in memory of heroic war vet Sir Captain Tom who raised millions for the NHS.

But lowlife scammers have even launched their own version – a blue enamel NHS pin inlaid with a red poppy – but none of the money is thought to go to either the NHS or the Poppy Appeal.

The Captain Tom Foundation declined to comment, but commended The Sun for "shining a light on an important topic".

You can purchase poppies from the RBL's official website, as well as corporate partners and through their Amazon and eBay accounts. 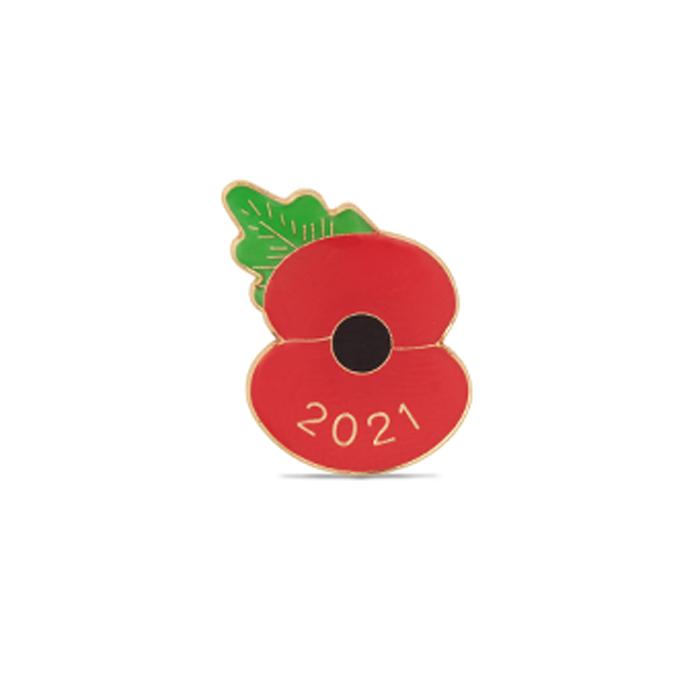 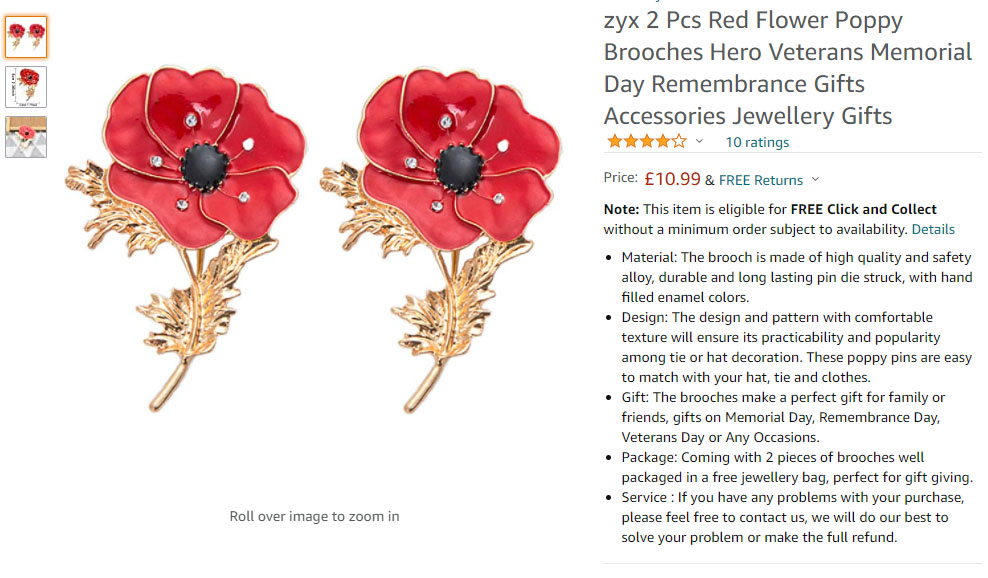 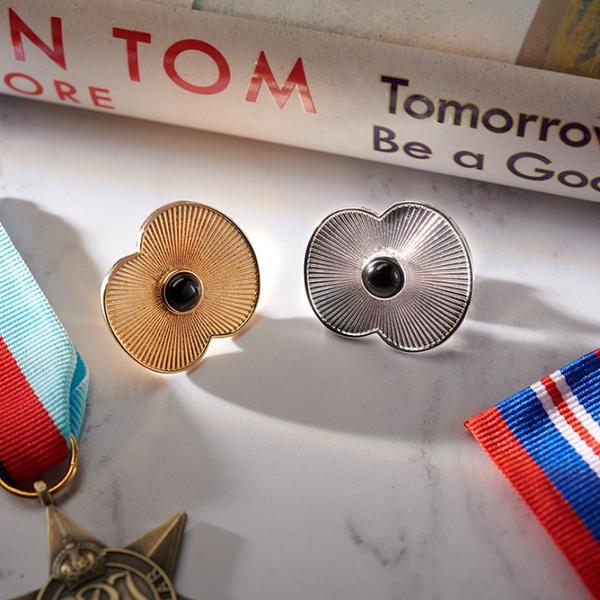