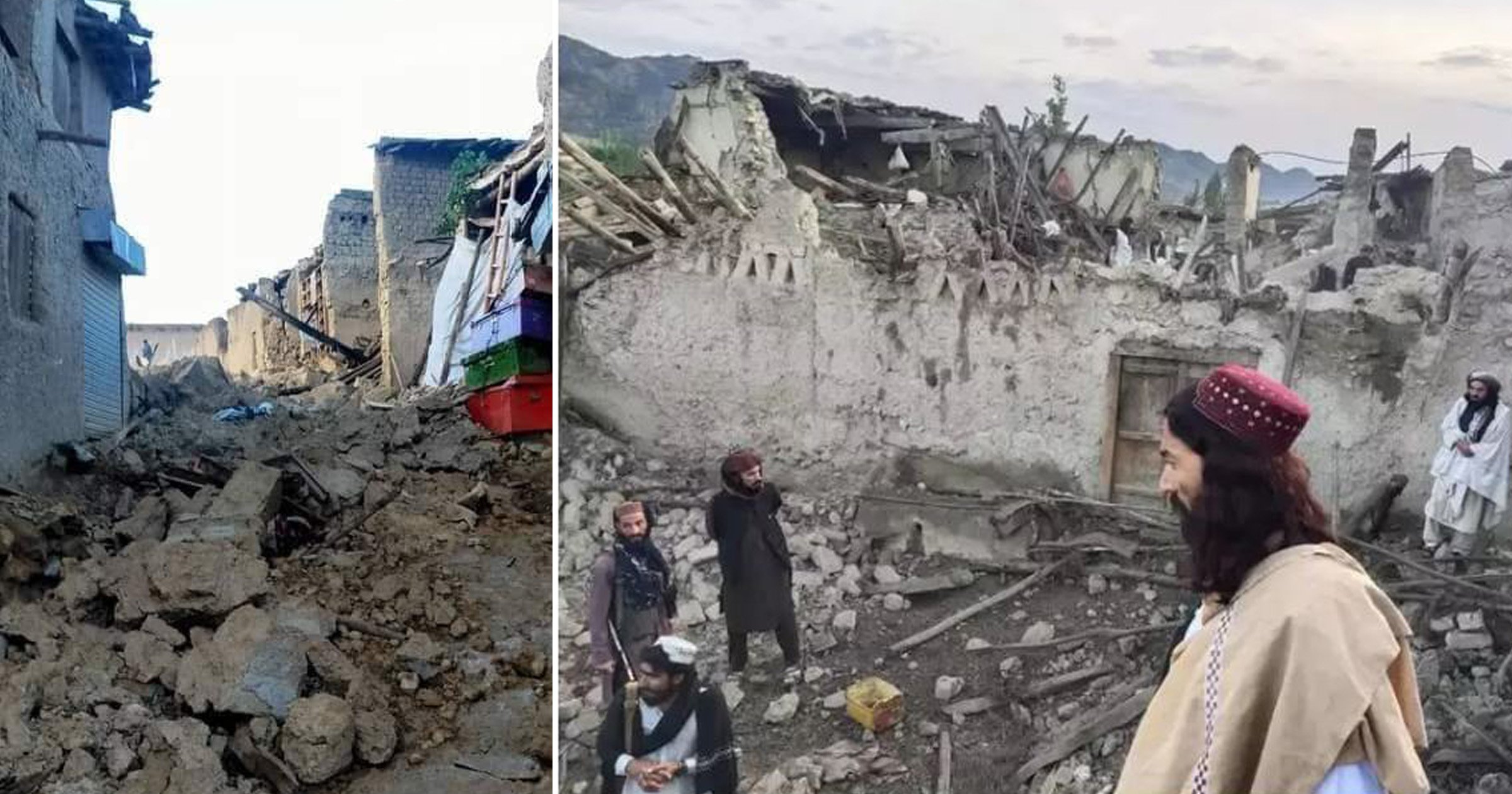 Hundreds have died and millions felt ‘strong and long jolts’ following a huge earthquake in Afghanistan.

The magnitude 6.1 quake struck near the city of Khost, in the south east of the country.

Local authorities are still working to trace survivors and treat those injured.

Houses have collapsed and people are reportedly trapped beneath rubble.

Around 255 people have died as a result of the earthquake, with that figure expected to rise as rescue efforts accelerate.

Afghanistan’s Bakhtar News Agency reports: ‘At least 255 people have been killed and 155 others injured in an earthquake in Barmala, Ziruk, Naka and Gayan districts of Paktika province on Tuesday night.

‘Local officials say the death toll could rise if the central government did not provide emergency help.’

The majority of confirmed deaths were in the province of Paktika, where 100 people were killed and 250 injured.

In the country’s east, 130 people also lost their lives.

Video of destroyed houses and streets covered with rubble have also been posted from the scene.

The earthquake struck about 27 miles from Khost at a depth of 31 miles, according to the USGS.

Intense shaking was felt over 310 miles away from the quake’s epicentre.

The European Mediterranean Seismological Centre estimate it was felt by millions of people in Pakistan, Afghanistan and India.

Pakistan’s Prime Minister Shahbaz Sharif has offered his condolences in a statement today, saying his nation will provide help to the Afghan people.

‘Strong and long jolts,’ one witness posted online from Kabul.

‘It was strong,’ another witness posted from Peshawar in northwestern Pakistan.

Rescue efforts are already underway but due to the Taliban takeover of the country last year, it is unclear how relief and aid will be distributed following the disaster.

Residents of the disaster-torn country have already faced grinding poverty over the winter period after the country’s economy collapsed.

Thousands of US and UK troops had pulled out of the South Asian country in August after a 20-year-long military mission, paving the way for the violent takeover from the Taliban.

‘A severe earthquake shook four districts of Paktika province, killing and injuring hundreds of our countrymen and destroying dozens of houses,’ Bilal Karimi, a deputy spokesman for the Taliban government, separately wrote on Twitter.

‘We urge all aid agencies to send teams to the area immediately to prevent further catastrophe.’

In 2015, a major earthquake that struck the country’s northeast killed over 200 people in Afghanistan and neighboring northern Pakistan.

And in 1998, a 6.1-magnitude earthquake and subsequent tremors in Afghanistan’s remote northeast killed at least 4,500 people.