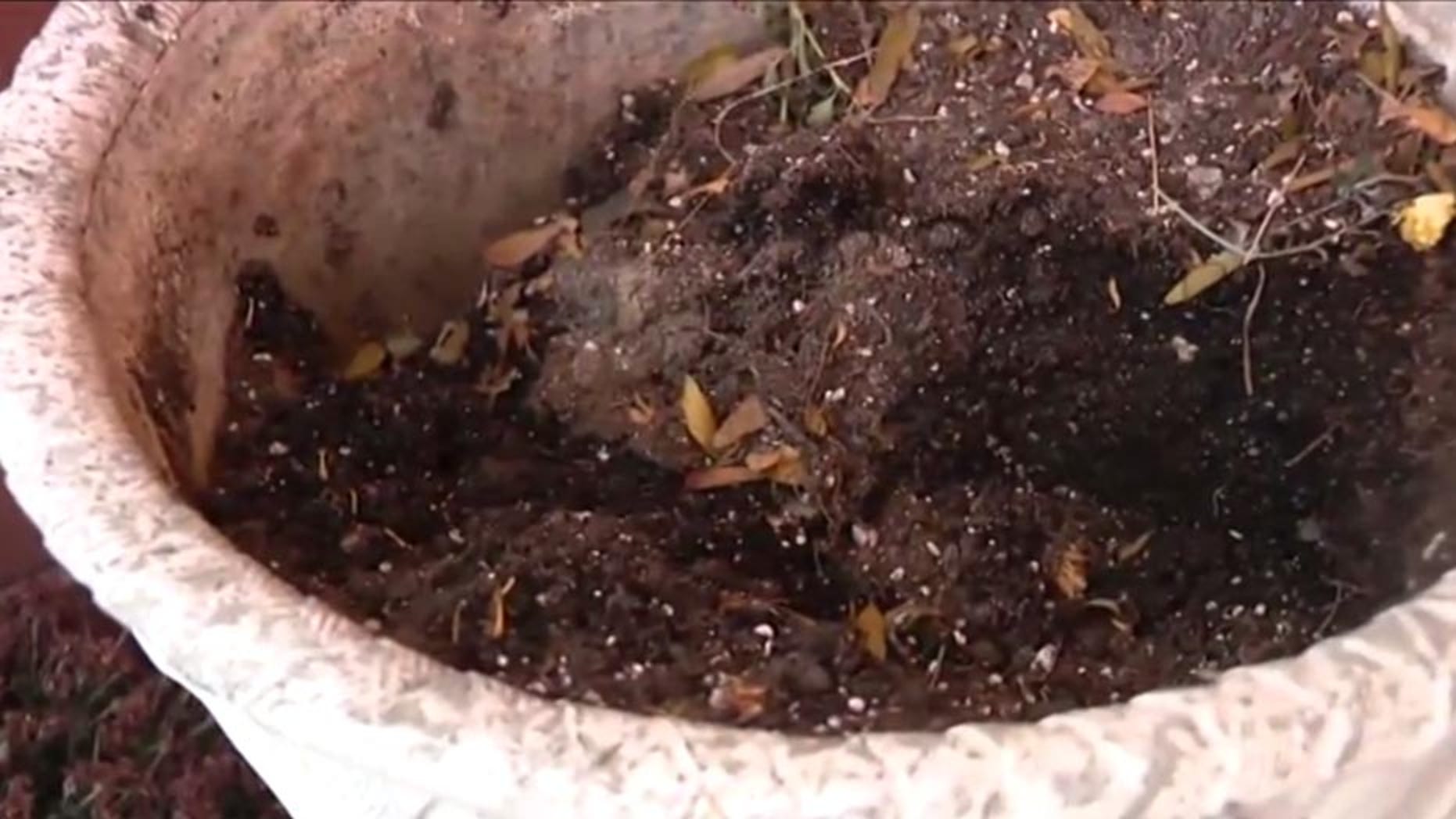 The flowerpot in which the skull was found.
(Fox2Detroit)

A Detroit parishioner walking out of a mass Sunday made a startling discovery – a human skull lying inside one of the church’s flowerpots.

The Wayne County Medical Examiner's Office was working Tuesday to identify the remains found at the Greater Marion Chapel. The skull – which is missing its jaw – was discovered resting on top of the potted soil just outside the church’s front doors.

"They thought it was like a Halloween [decoration], something that was left over that someone might have placed there," Rev. Joseph Blankenship told Fox2Detroit. "Not a real-life skull."

Police said the skull has no clear identifying clues.

"I have never in my years here in Michigan heard of a skull found anywhere near a church, or especially in a flower pot," Blankenship said.