Hugo the Galapagos tortoise, 70, will finally meet his new girlfriend Estrella, 21, after she touched down in Australia from Germany – after their introduction was delayed by Covid

Hugo the 70-year-old Galapagos tortoise will soon meet his true love after his long-distance girlfriend arrived in Australia from Germany this week.

Estrella the 21-year-old tortoise touched down in Sydney late on Wednesday night to start her new life at the Australian Reptile Park on the Central Coast.

After undergoing three months of quarantine, Estrella will then be able to meet Hugo for the first time with reptile keepers hopeful the pair will eventually mate.

The couple were supposed to be united in 2019 but due to the onset of the Covid-19 pandemic their plans for romance were put on pause.

ESTRELLA IS FINALLY HERE! 🥳🐢 Estrella the Galapagos tortoise has finally arrived from all the way in Zoo Rostock in Germany. She will be in quarantine at the Australian Reptile Park for a short stay before she gets to meet Hugo for the first time. Hugo, our male Galapagos tortoise, is waiting excitedly for their first meeting and has scheduled in a shell shine ahead of their first date in a few months ✨🐢 Please join us in welcoming Estrella to Australia!🇦🇺 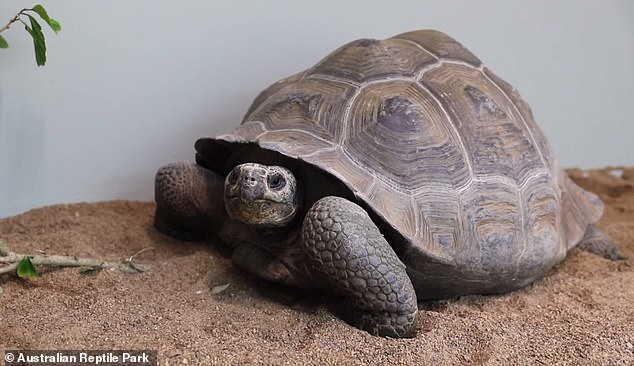 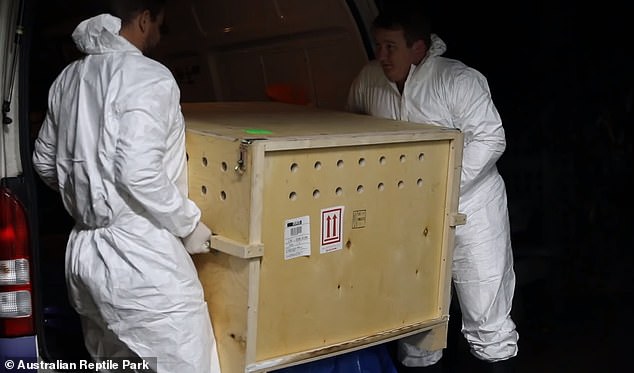 Estrella’s arrival makes her the first Galapagos tortoise to land in Australia in more than 40 years with zookeeper Daniel Rumsey saying her arrival had him ‘lost for words’.

‘Two years in the making and it’s finally happened. This is right up there with one of the best moments I’ve ever had as a zookeeper and in my life,’ he said.

‘It won’t be long before she’s introduced to our superstar Hugo.’

Reptile keeper Jake Meeney said despite the age gap, the team were hopeful the pair would have babies together down the track. 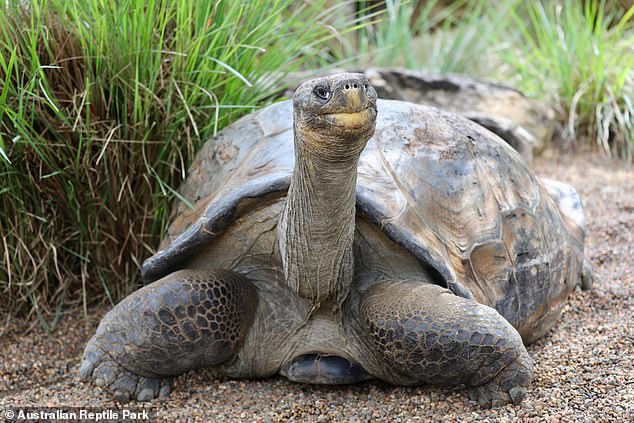 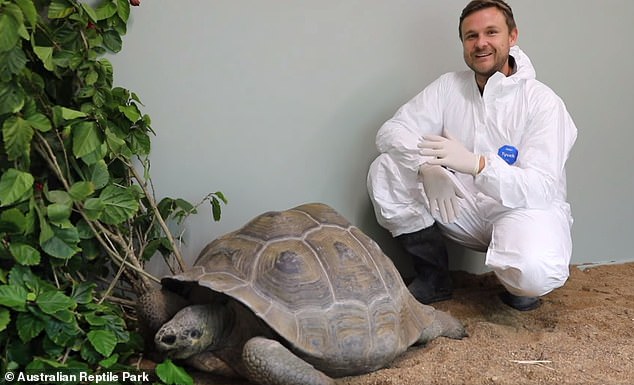 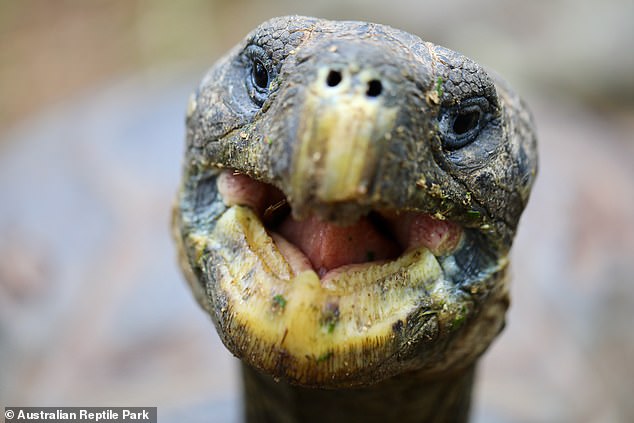 ‘Hugo has only ever been on his own or with our other male and those two don’t get along too well,’ he told Nine News.

‘These animals can live for over 180 years so hopefully they fall in love and are together for a very long time.’

The need for Estrella’s arrival came when numbers of the species reached a crisis point.

It comes after it was revealed a giant tortoise found in the Galapagos Islands in 2019 belongs to an extinct species.

The animal was found on Fernandina Island during an expedition.

Researchers from Yale University have identified it as the Chelonoidis phantasticus – a species which was thought to be extinct 100 years ago. 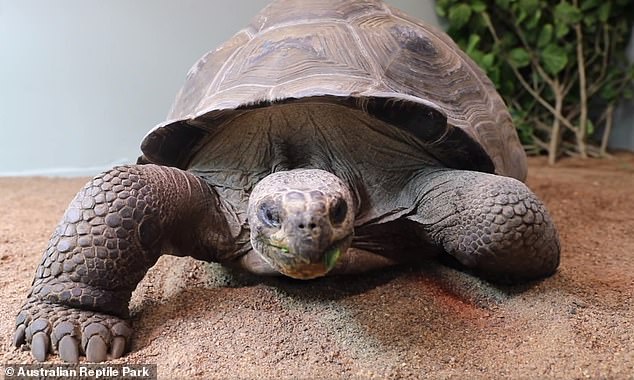 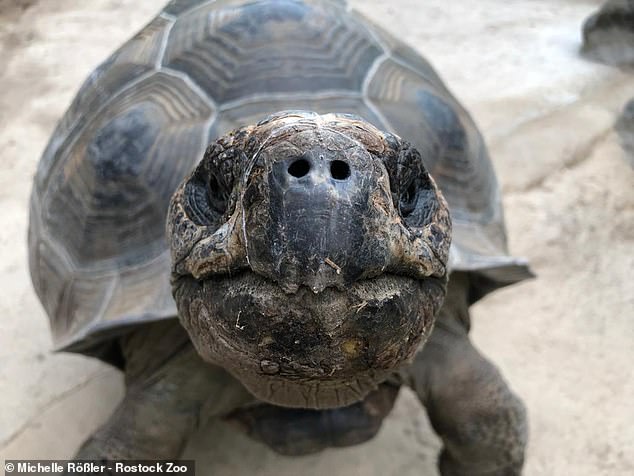