A DOG owner has recounted the terrifying moment her Chihuahua was snatched by bird of prey just months after Gizmo was grabbed.

Pooch Emma was playing in the back yard when the huge bird swooped down – only saved when her owner managed to grab her from its talons. 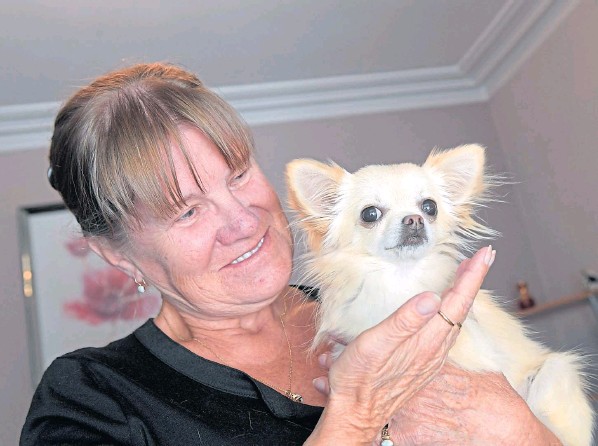 Owner Sheila Gillanders, from the village of Stoneywood near Aberdeen, said: "The bird came down and grabbed her in its talons but my husband managed to lift the bird off and rescue Emma."

"We got her checked out at the vet and she’s fine, but it was very scary."

Mrs Gillanders claimed she saw the bird was wearing a bell and had a leather strap dangling from its leg – suggesting it might have slipped its owner or been let loose in the area.

She said: "We see birds like this quite often.

"This one obviously had an owner but there are wild birds of prey too."

Teacup Chihuahuas are the smallest of their breed, often only 6ins tall and weighing less than 6lbs.

It comes after a dog, Gizmo, was snatched by a seagull as he played outside in the back garden in Paignton, Devon almost five months ago.

At the time, desperate owner Rebecca Hill said: "It all happened so quickly, one minute he was in the garden and then there was a yelp and Ashley saw him being carried off by the seagull."

A leg bone was later found nearby but two vets agreed the limb had come from a rabbit, not a dog.

The Sun had even offered a £5,000 reward in a bid to find the missing mutt – but he was never found.

BIRDS ON THE HUNT

Meanwhile, a two-year-old girl was left with facial injuries when a flock of seagulls attacked her, days after the birds killed the family dog.

A local bird handler, who did not want to be named, said reports of attacks in similar circumstances to this become increasingly common over the winter months.

It is thought many see the tiny animals and mistake them for their usual prey.

The handle said: "This time of year the birds are starting to get hungry.

"In the summer there’s plenty of food like small animals available, but not at the moment.

"Things like rabbits are a big part of their diets, and there aren’t as many of them going about just now."

Earlier this year authorities were made aware of an unknown bird of prey swooping on unsuspecting victims in Dyce and Newmachar.

One man was left "covered in blood" following a 20-minute assault beside a football pitch, while a cyclist discovered claw marks in the back of his helmet after a being attacked.

Scottish SPCA Chief Inspector Alison Simpson said: "We are glad that Emma wasn’t hurt too badly in this instance.

"Incidents such as this are extremely rare, but we would ask animal owners to be vigilant when large birds are in the area." 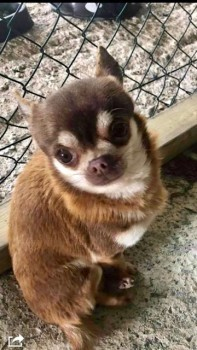