Beijing: The belief is growing in China that the arrest of Huawei executive Meng Wanzhou, daughter of the founder of China's biggest technology company, was politically motivated.

Chinese state media accused Washington of trying to contain Huawei because it is the "point man" for the rise of China's globally competitive technology companies.

News of the arrest of Meng, Huawei's high-profile chief financial officer, in response to a US extradition request while transferring flights in Canada, sent shockwaves through Chinese business circles. 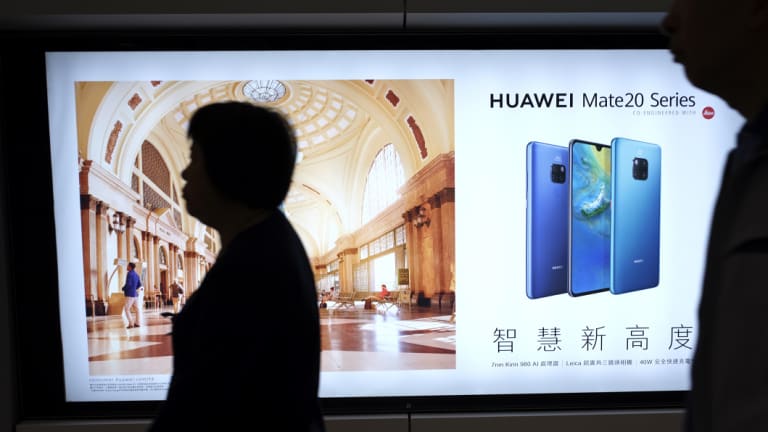 Huawei is the world's second biggest selling smartphone maker after overtaking Apple this year, and one of the world's largest telecommunications infrastructure companies, regarded as a frontrunner in 5G technology.

China's call for Meng's immediate release was front page news in Chinese city and business newspapers, and sparked strong nationalist sentiment on social media. A hashtag about the arrest had been viewed 260 million times on Sina Weibo by Friday with 86,000 comments.

"Canada and Australia are two pet dogs," wrote one commentor, referring to US pressure on its allies to exclude Huawei from 5G networks.

In the Beijing News, a columnist suggested the "Five Eyes" security alliance of the US, Canada, Australia, New Zealand and Britain were behind the arrest which was the latest step in a plan to contain Huawei.

The Global Times accused Washington of "despicable hooliganism" in arresting Meng "when it failed to contain Huawei’s outstanding competitiveness in the 5G field through market means".

Chinese state media was more restrained, and reflected the terse response of Chinese diplomats as they wait for the results of Meng's bail hearing in Vancouver on Friday.

The China Daily editorialised that Washington had eroded political trust with China by pressuring its allies to shun cooperation with Huawei.

In a separate editorial the newspaper warned that "a stand off will be difficult to avoid" if the US rebuilds an international order that seeks to exclude China.

The timing of the arrest on Saturday, the same day US president Donald Trump sat down to dinner with Chinese president Xi Jinping, has added to the likelihood the incident could derail a trade truce.

US media reported Trump wasn't told of plans to arrest Meng before the dinner. Yet US national security advisor John Bolton has publicly said that he did know, and Canadian prime minister Justin Trudeau said he was given "a few days notice". 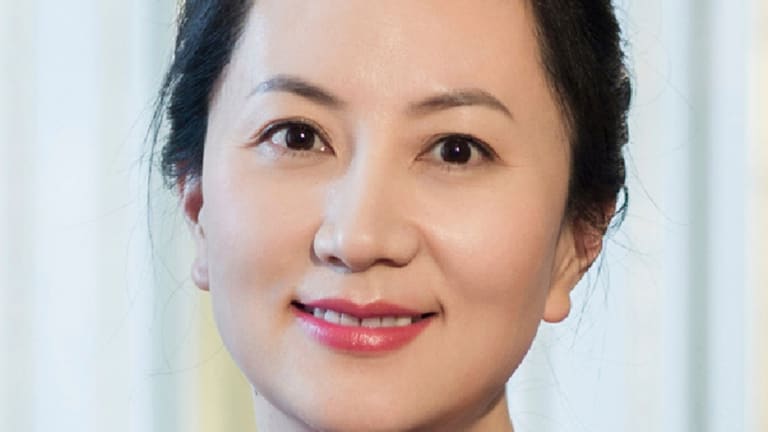 Trudeau said on Thursday the involvement of Canadian law enforcement authorities wasn't politically motivated: "We are a country of an independent judiciary, and the appropriate authorities took decisions in this case without any political involvement or interference."

Chinese foreign ministry spokesman Geng Shuang declined to comment when asked on Thursday if Xi had been informed of the arrest when he met Trump.

Geng said repeatedly that China has demanded Canada and the US explain the reasons for Meng's detention.

Huawei has written to its suppliers about Meng's arrest, accusing the US government of "unreasonableness".

In the letter Huawei said it had "very little information" about the allegations against Meng, and the pressure the US government was putting on a commercial company "through various means" was "a departure from the spirit of free economy and fair competition".

Huawei would not change its cooperation with more than 13,000 companies worldwide, it said.

"Upstream and downstream enterprises in the industry chain are mutually dependent, share honour and disgrace," the letter said.

Huawei has at least eight major technology part suppliers in the US, including Broadcom and chipmaker Qualcomm.

CNN reported that unnamed White House officials had said arresting the Chinese executive could be used as leverage in the China trade talks.

Patrick Chovanec, a well-known American China analyst and managing director of Silvercrest Asset Management, responded on Twitter: "If she broke the law, she should be arrested and tried. But it's disgusting for the White House to talk about her as a ransom hostage."

US media reports said Meng is suspected of breaching US sanctions on Iran, prompting Chinese commentators to argue that US domestic law had no jurisdiction over Chinese citizens.

News of the arrest broke in China as the commerce ministry had been outlining plans to "immediately implement" over 90 days the agreements reached between Xi and Trump at the meeting.

But China is not expected to back down on its program to support national champions in technology such as Huawei. The Trump Administration has called for an end to the Made in China 2025 program which offers state support to Chinese companies in key sectors to become global champions.

Chinese media reported that China will start a national-scale commercial testing of a 5G network next year.