AN outbreak of a deadly new virus which is sweeping the globe has entered its "fourth wave" – sparking fears of an epidemic.

Fourteen Brits are currently being tested for the new coronavirus, which has already killed 26 people in China. 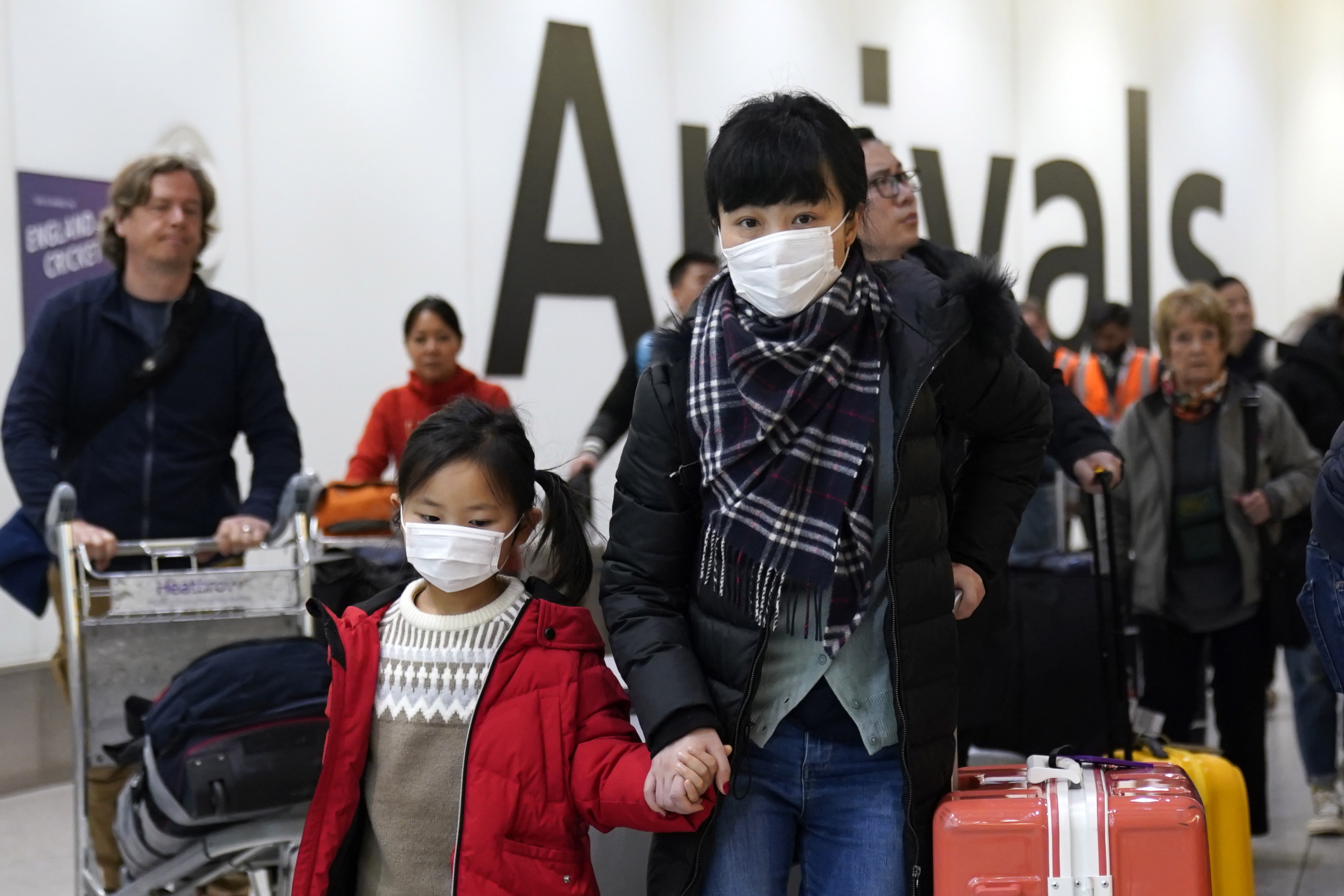 But emerging data suggests that the killer virus was born out of a single case which was able to ignite a chain of other infections.

The World Health Organisation reported on Thursday that there have been at least four generations of spread of the new strain, called 2019-nCoV.

It's unclear whether transmission fazed out at that point, or whether further generations of cases from those chains are still to come.

Dr Allison McGeer, a researcher at the Mount Sinai Hospital in Toronto, told STAT that the SARS outbreak in 2002 and 2003 spread when fourth-generation cases were infected in the city's hospitals.

So far, 14 people in the UK have been tested for coronavirus, with five given the all-clear and nine still awaiting results.

The virus is transmitted between people in droplets from coughing and sneezing and touching or shaking hands.

One of the best ways to protect yourself from catching 2019-nCoV is to be aware of the symptoms, which include:

Most victims of the virus die from complications including pneumonia and swelling in the lungs.

It also causes swelling in the respiratory system, which can make it hard for the lungs to pass oxygen into the bloodstream – leading to organ failure and death.
Severe pneumonia can kill people by causing them to "drown" in the fluid flooding their lungs.

Almost everyone will be infected with a type of coronavirus at some point in their life – often it's no more serious than a cold.

But in rare cases, the infection can be much more serious – as is the case with this new strain. 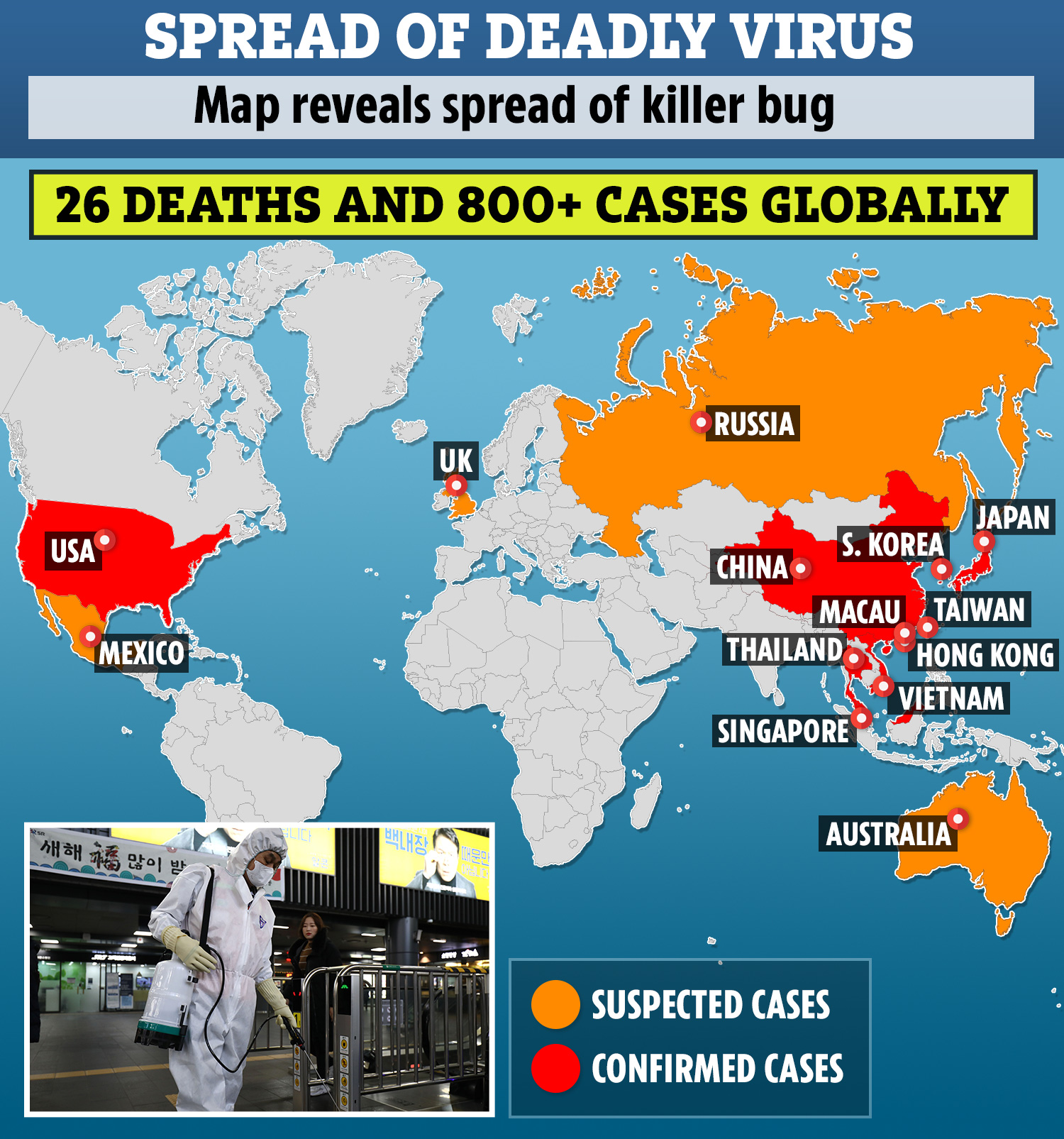 The best way to prevent catching any form of coronavirus is to practice good hygiene, according to the Center for Disease Control and Prevention.

It says that in order to reduce your risk of infection, you should:

If you have cold-like symptoms, you can help protect others by staying home when you are sick and avoiding contact with others.

You should also cover your mouth and nose with a tissue when you cough and sneeze then throw it away and wash your hands.

Cleaning and disinfecting objects and surfaces which you may have touched is also important.

Currently there is no vaccine to protect people against the virus, but researchers are looking to develop one.

However, they say it could be at least a year before it's made available. 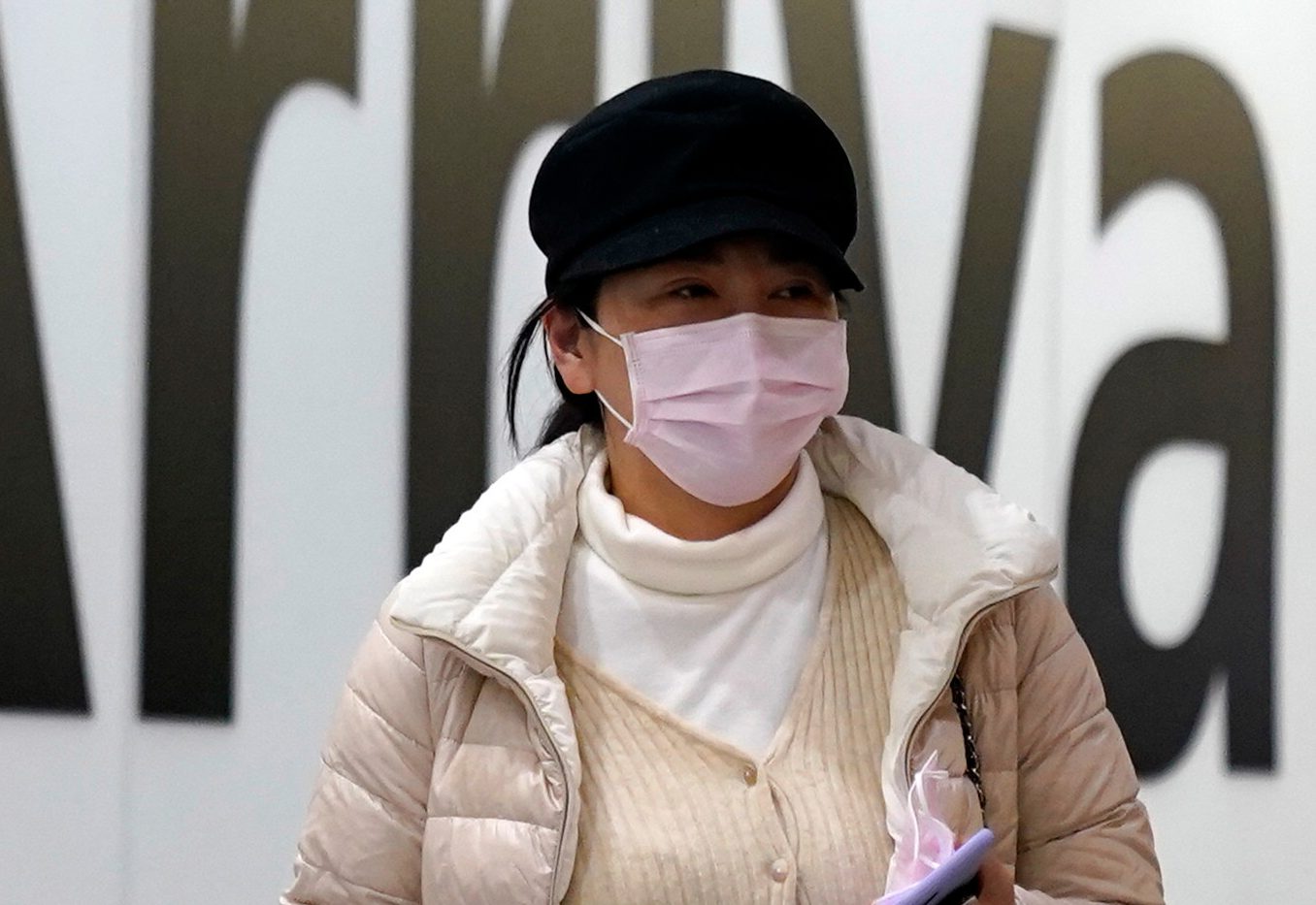 Chinese authorities have encouraged people to wear surgical masks to help stop the spread of the new virus.

But some infectious disease experts say that there's little high-quality scientific evidence that proves the effectiveness of them outside of a clinical setting.

Dr Julie Vaishampayan, chairwoman of the public health committee for the Infectious Diseases Society of America, says that surgical masks are really “the last line of defence.”

She warned that as they aren't fitted or sealed, the masks can leave gaps around the mouth "so you're not filtering out all the air that comes in".

She told the NY Times: “We worry about people feeling they’re getting more protection from the mask than they really are.

“Washing your hands and avoiding people who are ill is way more important than wearing a mask.”

However, infectious disease doctor Dr Amesh Adalja, from Johns Hopkins Center for Health Security, says that they do block most large respiratory droplets from other people's sneezes and coughs.

He added that the biggest problem though is people not using the masks properly.

Dr Adalja pointed out that if people put their hand underneath their mask to scratch or rub their nose, they are allowing themselves to come into contact with contaminants.

Professor Paul Cosford, former medical director at Public Health England, said the agency was not advising Brits to use face masks at the moment, but is monitoring developments carefully.

Who's most at risk?

The Huanan Seafood market, which sold live koalas, snakes, rats and wolf pup to locals to eat, has since been shut down while an investigation is carried out.

Those most at risk are understood to be those who worked or visited the market – or has come into contact with anyone who has.

However, as the incubation period ranges from five days to two weeks, people may have unknowingly picked up the virus and subsequently travelled.

That's what makes the risk higher for those outside of Wuhan, experts say.

"Therefore exposure to persons infected with the Wuhan coronavirus, and those ill with respiratory symptoms who have travelled to Wuhan or neighboring cities.

"This may expand with more cases and global travel."

She said it's unclear whether pregnant women are at a greater risk than others, but confirmed younger people, senior citizens and those with weakened immune systems could have an acute reaction if exposed to the virus.

How worried should Brits be? 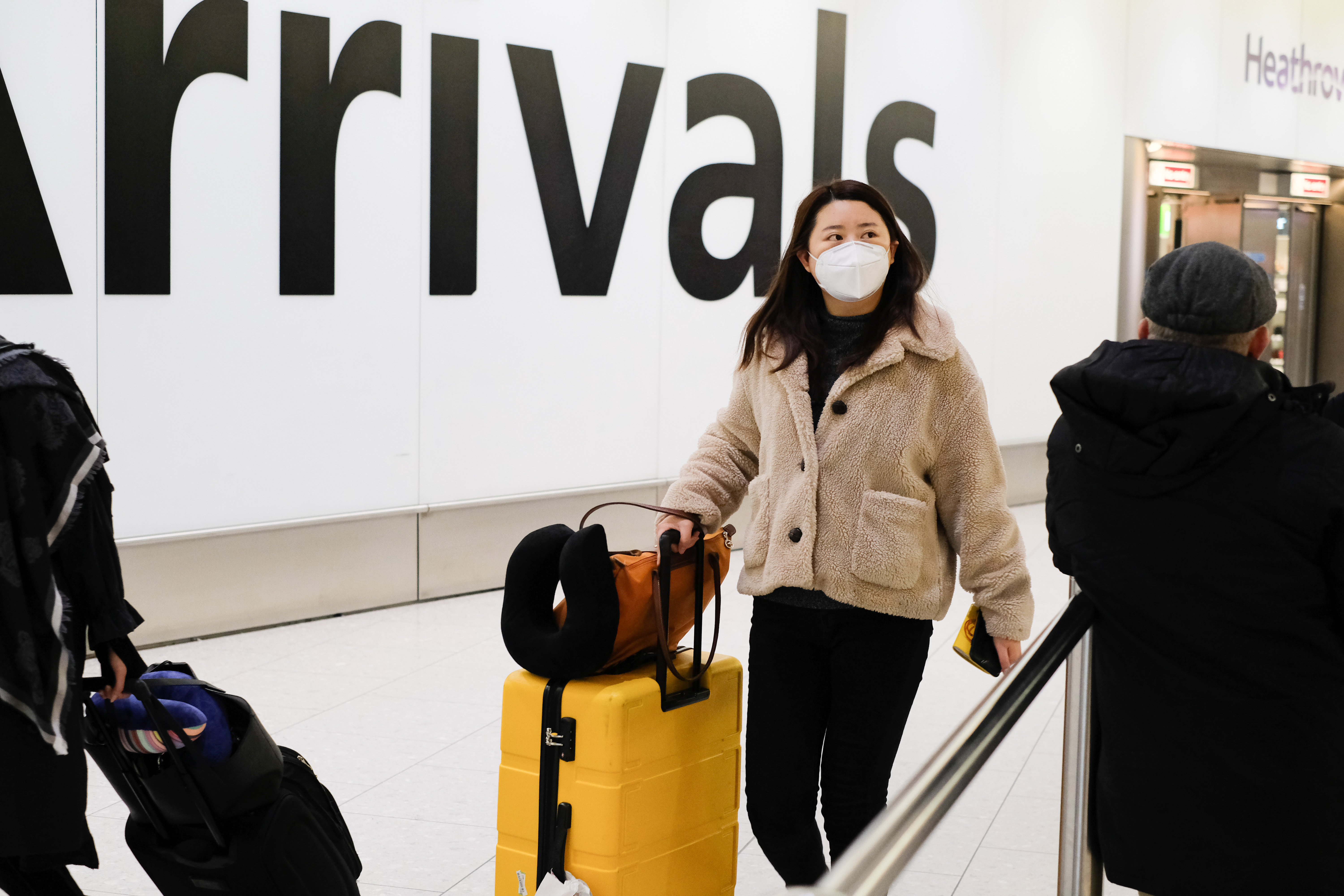 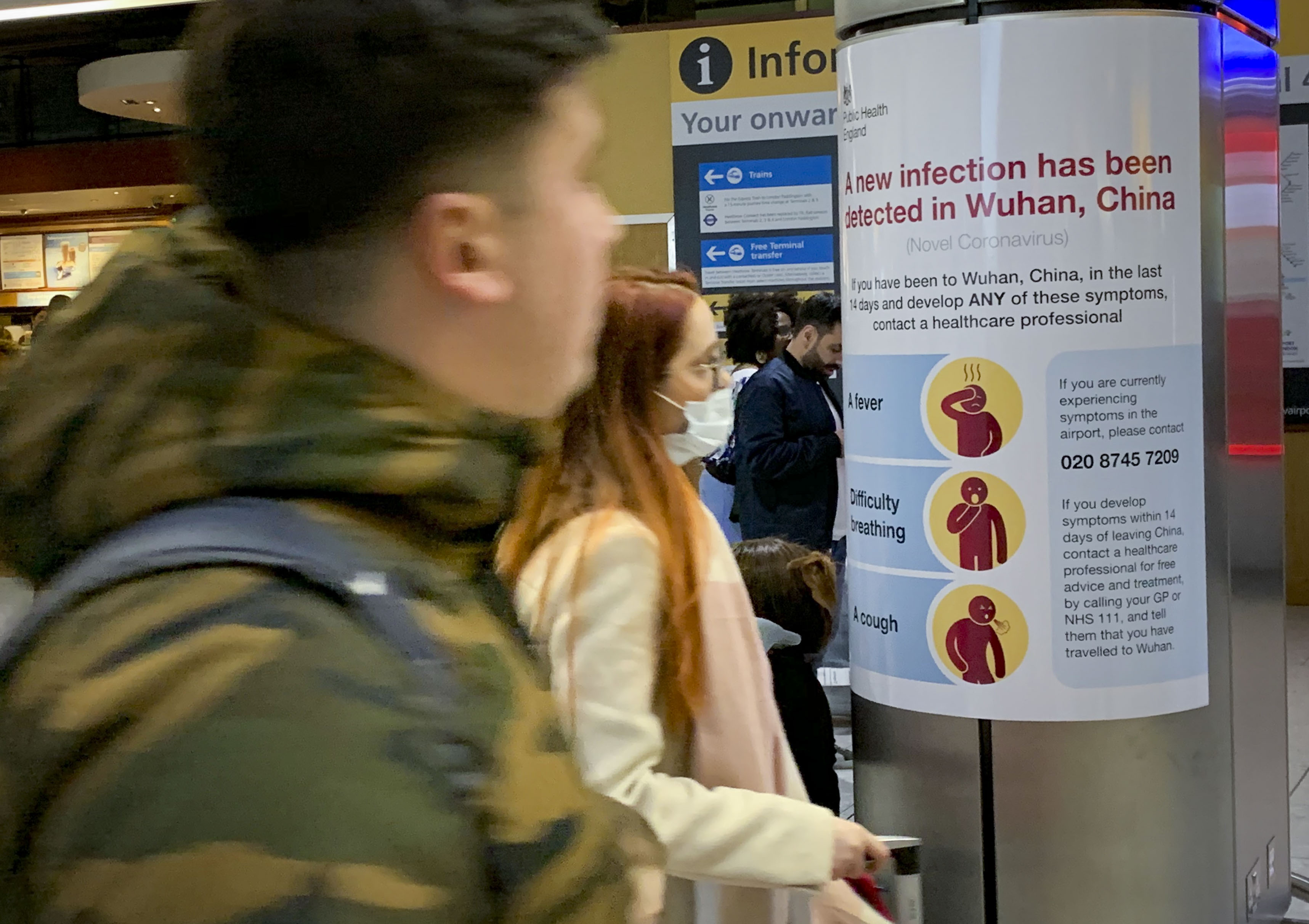 Fourteen people in the UK have been tested for coronavirus, with five given the all-clear and nine still awaiting results.

The former medical director at Public Health England has said it is "high likely" that cases would be seen in the UK.

Professor Paul Cosford added that it is still "early days" in the course of the virus, but stressed that most of those affected abroad are making a good recovery.

He said there was no precise figure for how many people have been in contact with the NHS who may have symptoms.

"All our GPs and hospitals across the country have had a letter from the chief medical officer and the medical director at NHS England and us at Public Health England, so that if somebody does present and they are worried, if they do meet our criteria, that they will be put somewhere where they won't infect other people while they're assessed and while we can get them tested."

He added: "These are early days with this virus, the vast majority of people who are infected do seem to be getting better.

"The people who have sadly died do seem to have other conditions that might make them more likely to suffer badly with this virus."

In a statement to the Commons on Thursday, Health Secretary Matt Hancock said while "there is an increased likelihood that cases may arise in this country, we are well prepared and well equipped to deal with them".

Also on Thursday, the World Health Organisation (WHO) said it is "too early" to declare an international public health emergency over the outbreak "given its restrictive and binary nature".

Speaking at a press conference, Dr Tedros Adhanom Ghebreyesus, director-general of the WHO, said: "Make no mistake, this is though an emergency in China.

"But it has not yet become a global health emergency.

"It may yet become one." 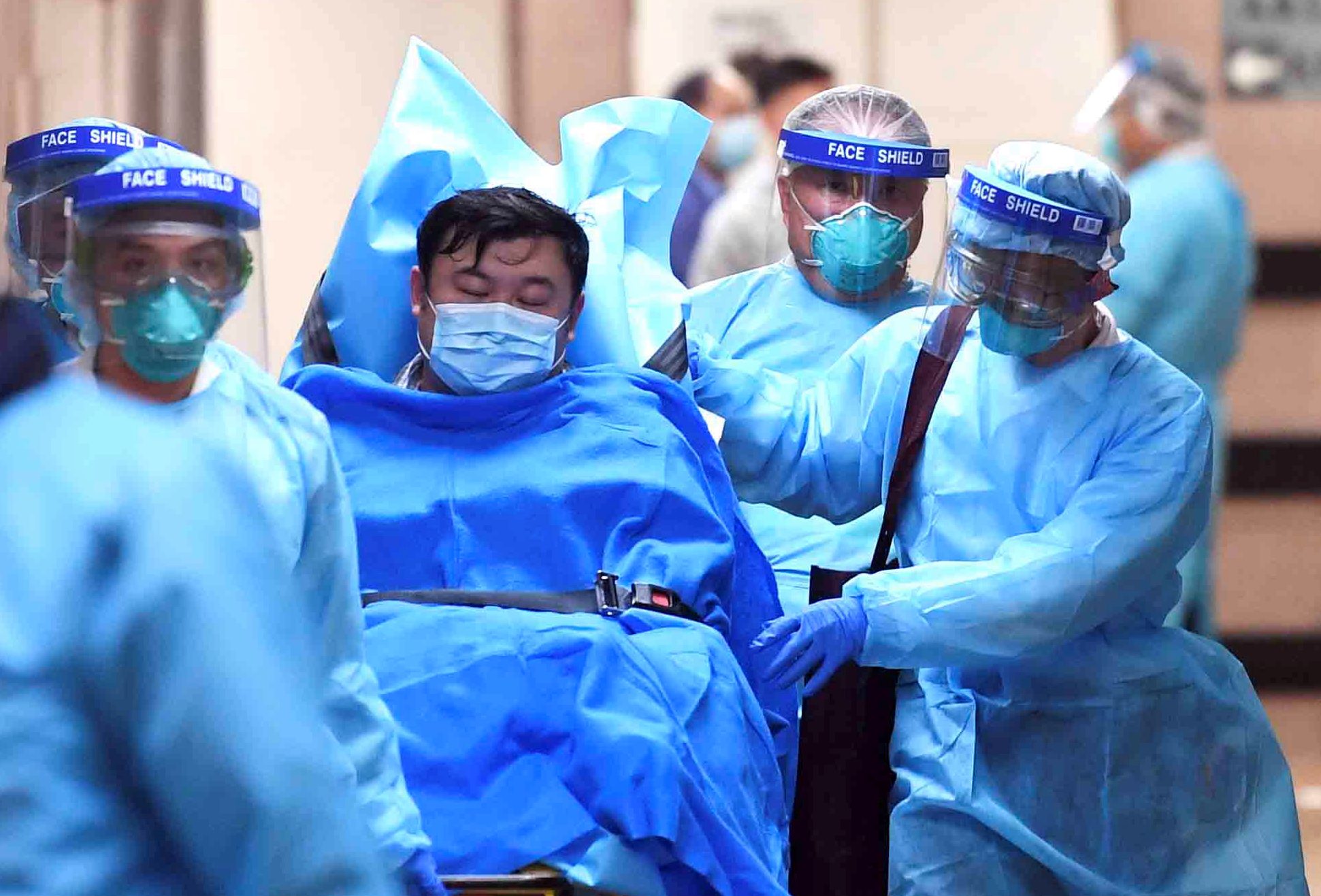 Other cases have been reported in Japan, South Korea, Singapore, Thailand, the US and Vietnam.

Dr Tedros said: "We know that most of those who have died had underlying health conditions such as hypertension, diabetes or cardiovascular disease, that weakened their immune systems.

"We know that there is human-to-human transmission in China, but for now it appears limited to family groups and health workers caring for infected patients.

"At this time, there is no evidence of human-to-human transmission outside China, but that doesn't mean it won't happen."

Wuhan – which has a population of 11 million people – has gone into lockdown, with authorities suspending planes and trains in and out of the city.

Beijing, Hong Kong and Macau have also cancelled some events to stop large crowds gathering together, as the country prepares to celebrate the Lunar New Year.

The UK is monitoring direct flights arriving into the UK from China as a precaution.

Passengers are receiving leaflets and advice on what to do if they develop symptoms, and a PHE health team is on standby at Heathrow.