PRINCE William and Prince Harry's incredible reunion was arranged over a text message.

The brothers put their differences aside on Saturday as they united in their grief to view tributes to the Queen. 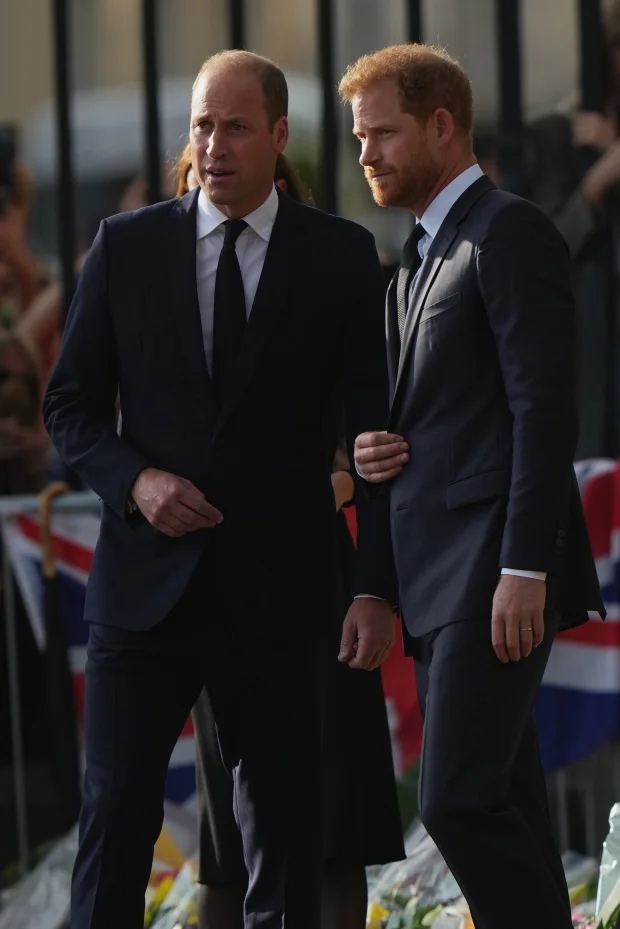 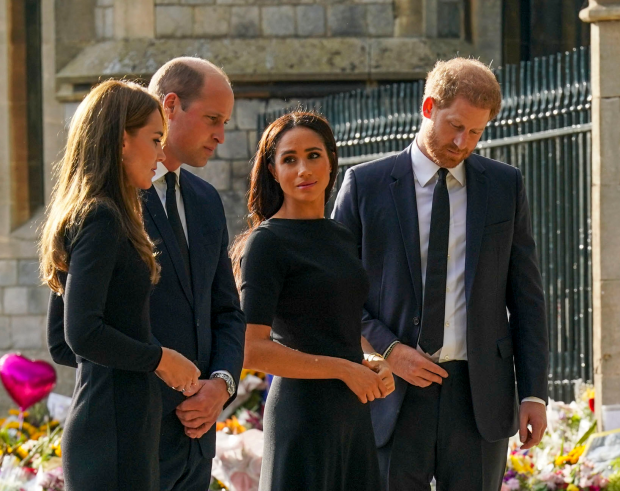 Flanked by wives Kate Middleton and Meghan Markle, the foursome all arrived in the same car after an eleventh hour olive branch from William.

According to reports, the newly-appointed Prince of Wales had floated the idea of a joint walkabout during the day on Saturday.

It is not clear if this was done via a phonecall or even in person.

William then texted his brother with a proposed time, which was answered by Harry.

Read more on the Queen’s death 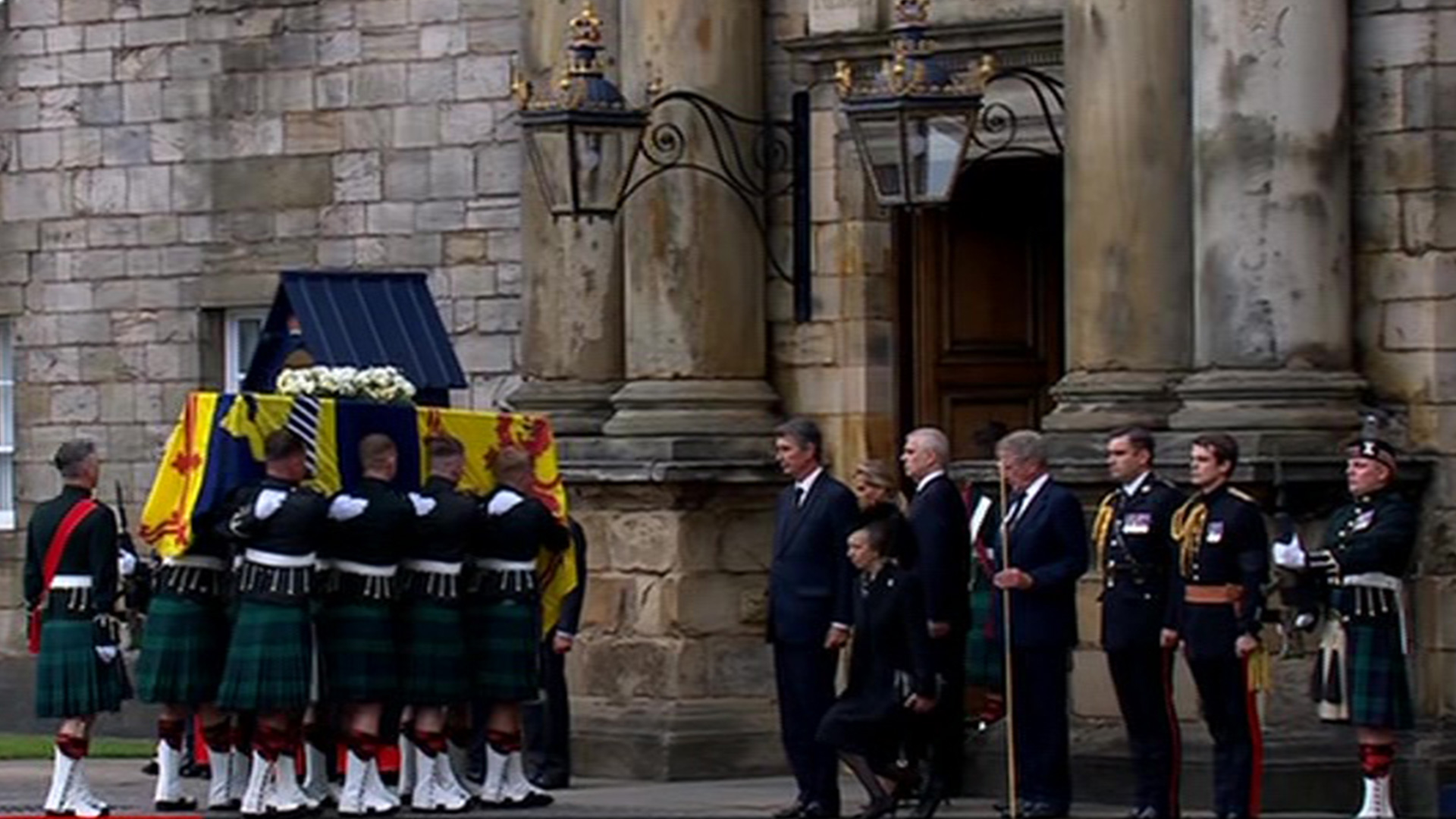 A source told the Daily Mail: "It happened very quickly – remarkable really considering they didn’t see each other in Scotland."

The decision to involve Harry and Meghan in the walk sparked a 45 minute delay.

William and Kate were originally expected to meet the public from 4.30pm in Windsor.

The foursome then emerged from the same car at 5.15pm to the surprise of the waiting crowds.

Queen's funeral Bank Holiday rules – will we have to go to work and school?

They spent 40 minutes looking at the sea of tributes left for Her Majesty outside the gates of the Berkshire castle.

Before the display of unity, the brothers had barely spoken to each other after Harry left the royals for a life in the US.

William's official spokesperson confirmed he invited Harry and Meghan to look at the tributes with him.

A royal source said: "It was an important show of unity for the Queen.”

The brothers were last seen together in public at the Queen's Platinum Jubilee celebrations in June.

But they are believed to have kept out of each other's way and didn't acknowledge each other during a service of remembrance at St Paul's.

Their new-found respect for one another could carry into next week at the Queen's state funeral.

The Sun revealed today how the pair could walk side-by-side behind their grandmother's coffin.

Plans are now being drawn up for the sombre event on Monday with discussions taking place about whether the brothers will be together. 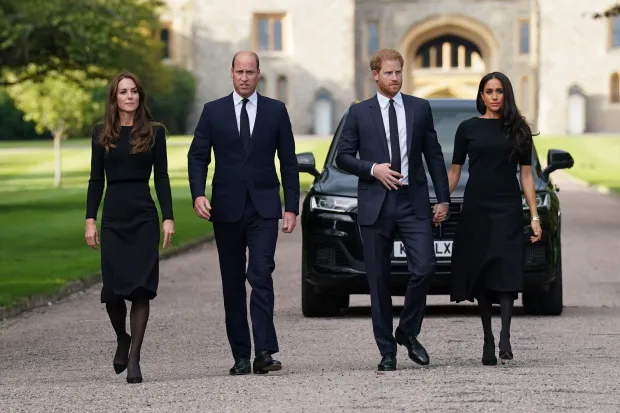 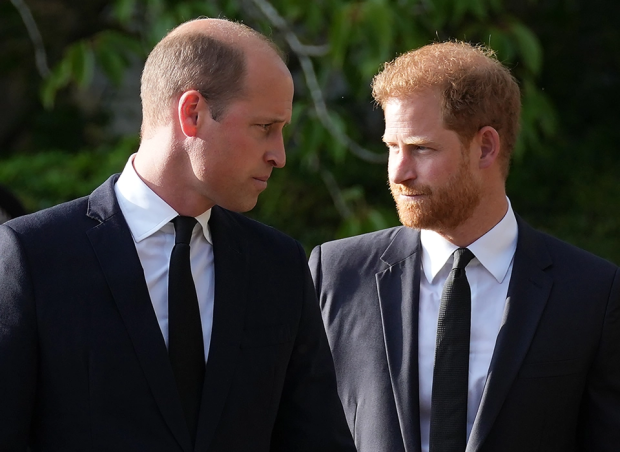