Still unable to walk or speak five years after the ski accident that left him with catastrophic brain damage, he could only watch as his closest family, dad Rolf, wife Corinna and their two grown-up kids sang Happy Birthday. 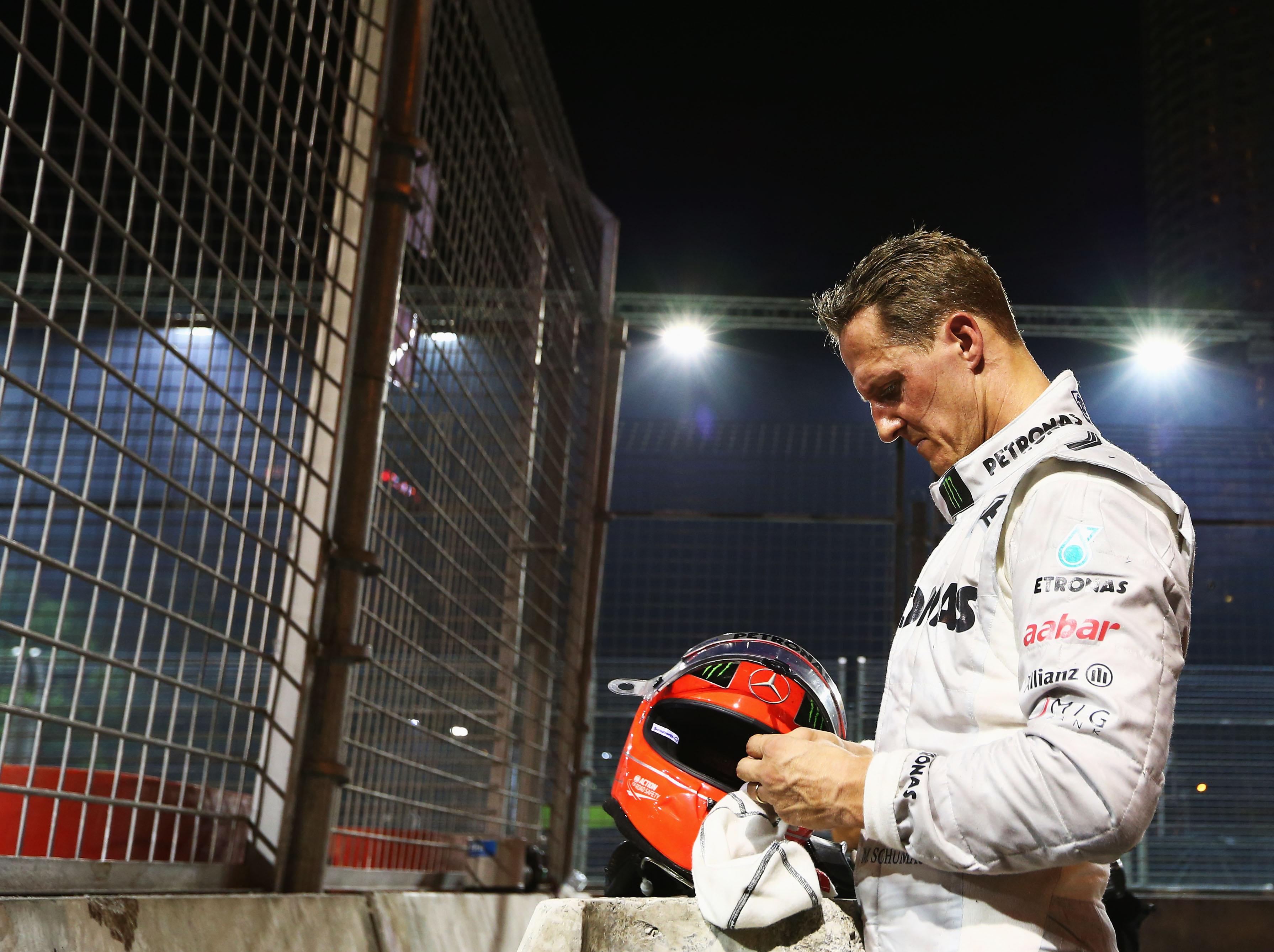 Schumacher, the seven times World Champion, turned 50 yesterday as his family launched an App of his greatest moments in F1 to mark the occasion. Michael50, a tribute exhibition also opened at the Italian headquarters of his old team Ferrari.

Corinna, along with daughter Gina-Maria, 21, and 19-year-old son Mick, also issued a rare statement in which she said: “You can be sure that he is in the very best of hands and that we are doing everything humanly possible to help him. Please understand if we are following Michael’s wishes and keeping such a sensitive subject as health, as it has always been, in privacy.”

For five years they have gone along with his wishes, steadfastly refusing to give any details about Michael’s on-going health battle, which has so far cost more than £20 million. Secrecy surrounding his true medical condition is so strict that pals who talk are no longer friends.

When some of Michael’s medical records were stolen and offered to media outlets for £40,000, the suspected thief was arrested. The man, who worked for Rega, the air rescue company that moved Schumacher immediately after the accident, was found hanged in his cell while waiting to be interviewed by police. 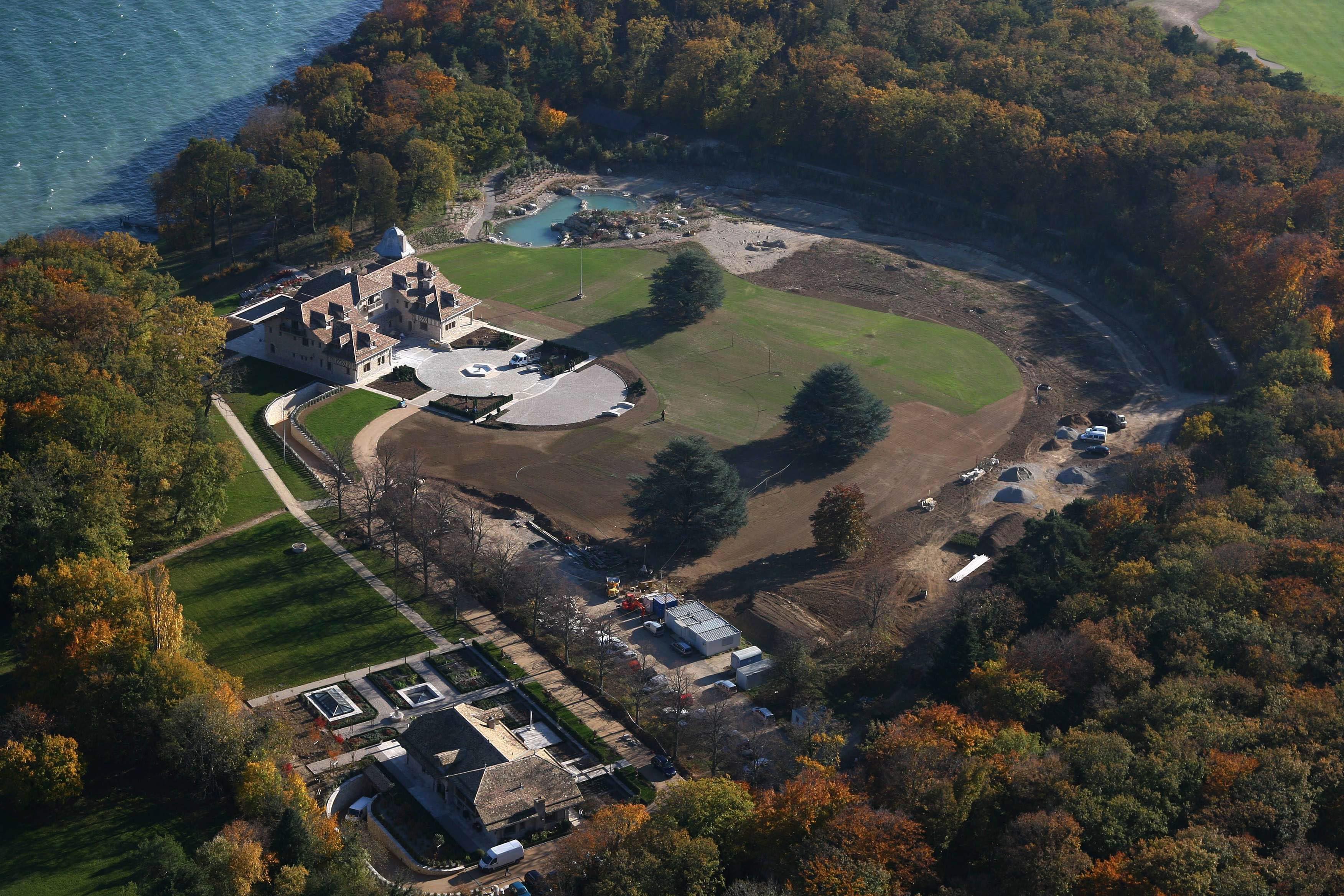 The Sun can reveal how every day TEN medical experts work on him round-the-clock in a converted suite of offices in the Schumacher family’s £50million mansion in the tiny Swiss town of Gland on the shores of Lake Geneva. Constant therapy, trying to lift him out of a world of semi-comatose darkness that has left him with ‘limited awareness’ of his surroundings, costs around £80,000 a week.

Wherever he is in the world, Professor Jean-Francois Payen, the surgeon who performed two life-saving brain operations after Michael’s ski accident in the French Alps, remains in constant contact with the family and the medical team. Payen’s dedicated team of highly-trained nurses, breathing specialists and doctors works in shifts at the closely-guarded house where Michael is never left on his own day or night.

The medics turn him to prevent bedsores, wash him as well as massaging his atrophied muscles and joints. Expensive medical machinery helps Michael breathe at night and monitors his vital signs. It is even reported that part of his treatment involves playing recordings at full blast of the Ferraris that carried him to an unrivalled 91 Formula One races.

Despite the best care money can buy, there is still no guarantee the superstar of motor racing will ever make it back to normal. Despite rumours that Schumacher is being prepared to be secretly transferred for treatment in Dallas Texas, one insider says: “Progress is painfully slow. There is no miracle on the horizon.” 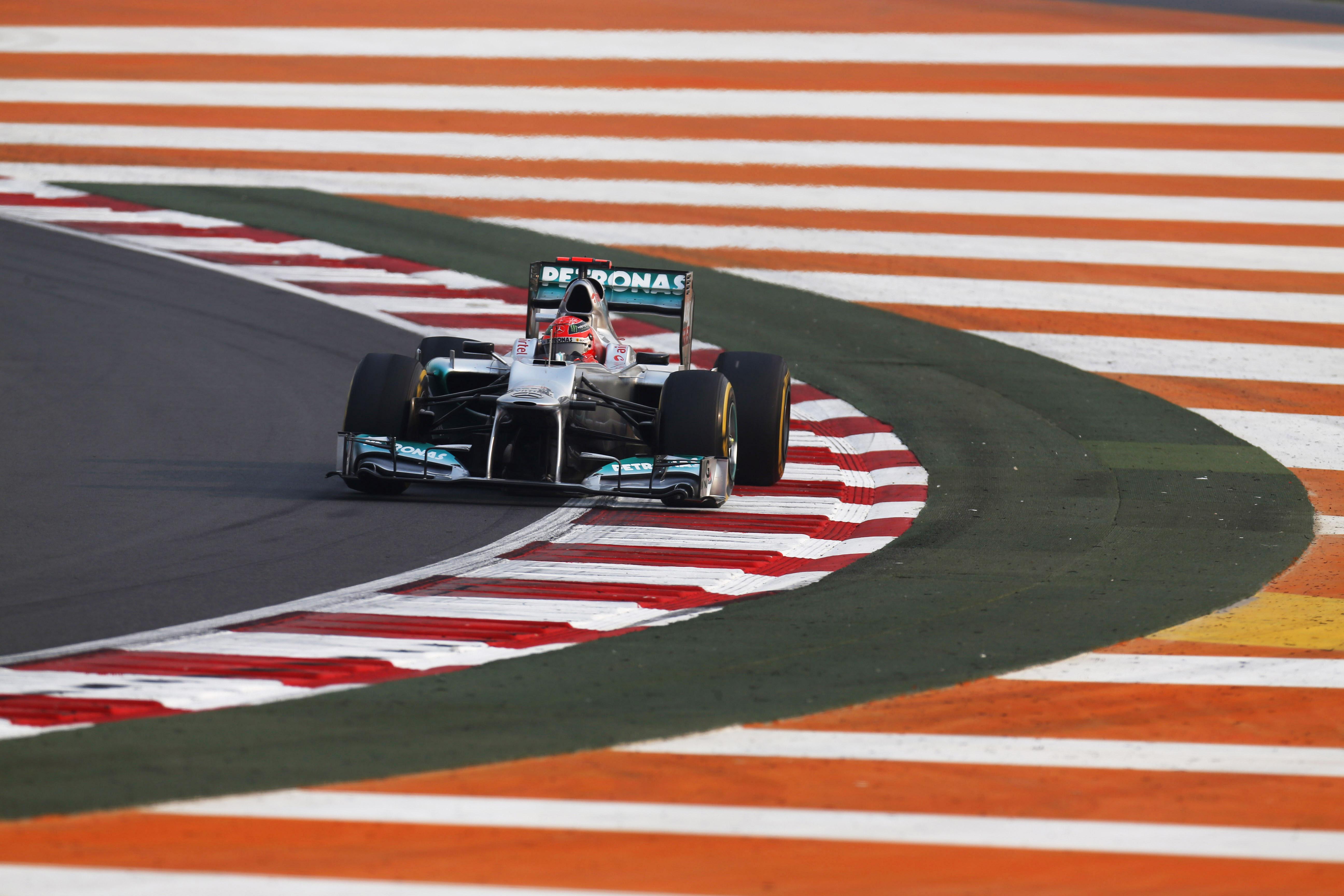 But all does not seem lost. The tiniest glimmer of hope that the beloved driver is improving has emerged in recent weeks. Schumacher is no longer totally bedridden but his lawyer, Felix Damm, denied Michael could walk and in fact told a court in Hamburg how his client could not stand ‘even with the help of doctors’. Two years on it seems that has not changed.

Visitors are discouraged and anyone hanging around on the lakeside path outside the perimeter of Schumacher’s grounds is challenged by security. But a close friend, who does visit, recently told a French magazine: “When you put him in his wheelchair facing the beautiful panorama of the mountains overlooking the lake, Michael sometimes cries.”

Remarkably, the only detailed description of Michael’s condition came from Georg Ganswein, a German confidante of Popes Benedict and Francis who acts as spiritual advisor to the Schimacher family. Ganswein said: “I sat in front of him, I touched him with both hands, and I looked at him.

“His face, as we all know, is the typical face of Michael Schumacher, only that it has become a little more puffy. He feels that around him there are people who love him, who care about him and, thank God, keep the curious public away. A sick person needs discretion and understanding.” 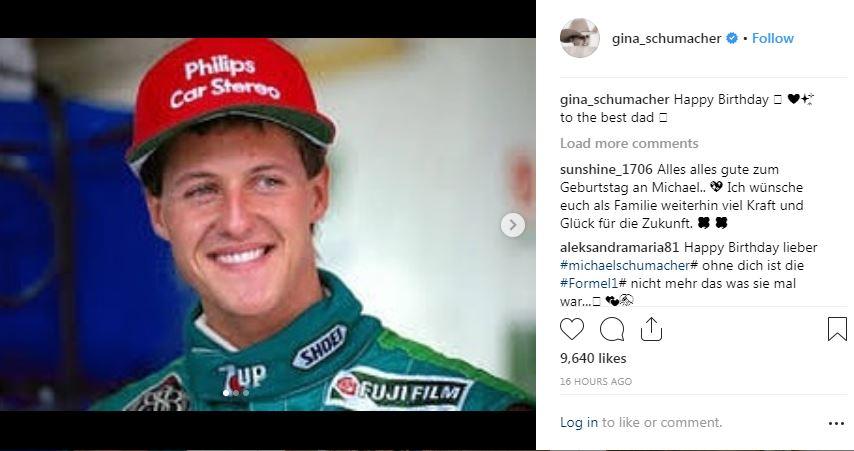 One F1 insider said: “Hope of a recovery is the glue binding Corinna and the children, Mick and Gina-Maria, together They have never wavered in their belief that one day Michael would come back to them. His father Rolf moved into house built in the extensive grounds to be near him all the time. If love was all it took, Michael would have been up and about months ago.”

Yesterday Gina, a top horsewoman, shared an old photo in his racing suit on Instagram with the caption: “Happy Birthday to the best Dad.” Mick, who is a now a Forumla Two racing driver, was with his dad on the slopes of the French Three Valleys when disaster struck on December 28, 2013.

Expert skier Michael was doing just 10miles an hour, crossing between two moderately difficult runs, when his skis hit a rock covered by shallow snow. Schumacher was catapulted 34 feet through the air and hit the right side of his head on another rock with such force that his safety helmet split into two pieces.

Doctors at the CHU hospital in Grenoble, led by Professor Payen worked tirelessly to remove blood clots from his brain but some were left because they were too deeply embedded. Michael was in an induced coma for five months and it was another four months before he was well enough to leave hospital. 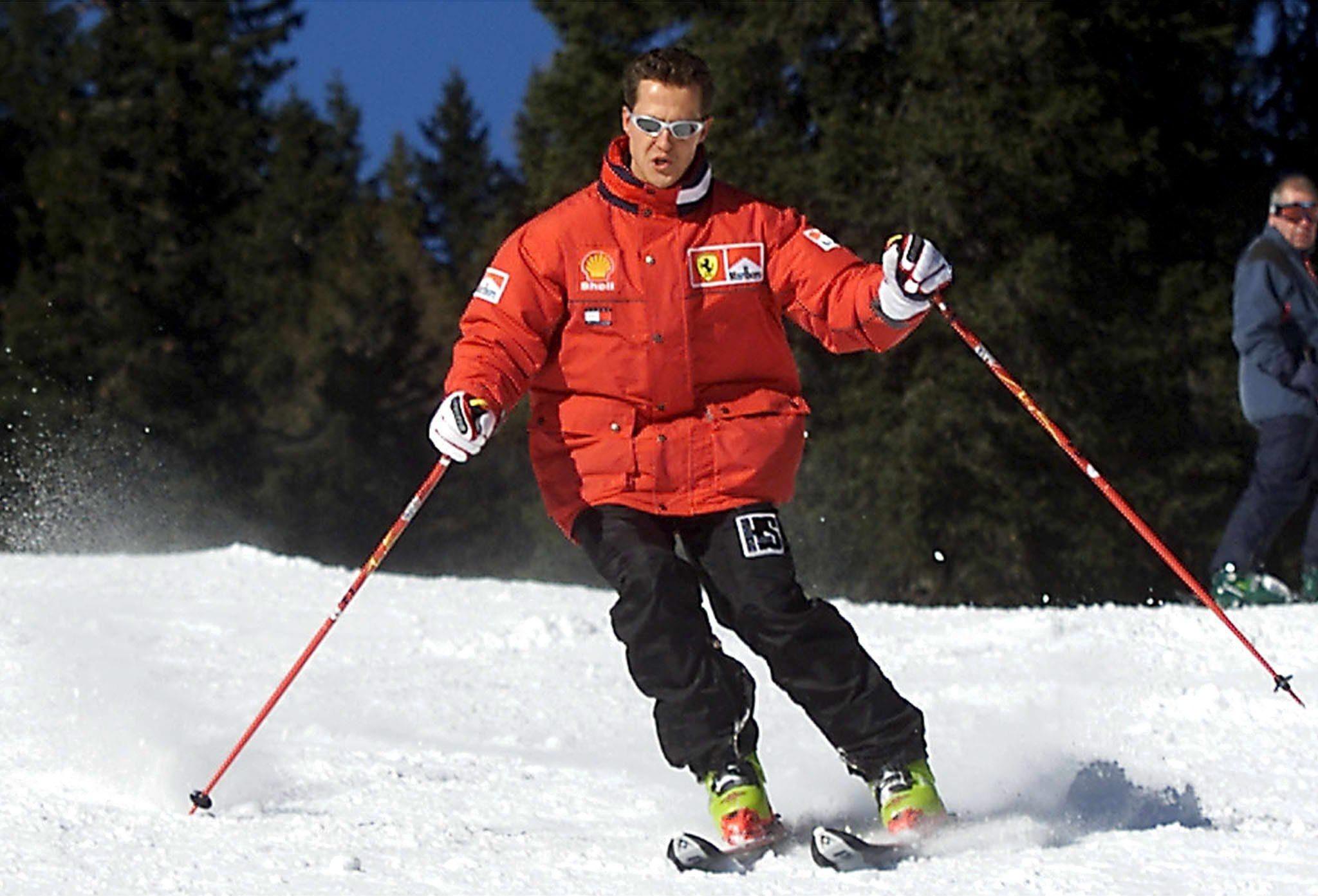 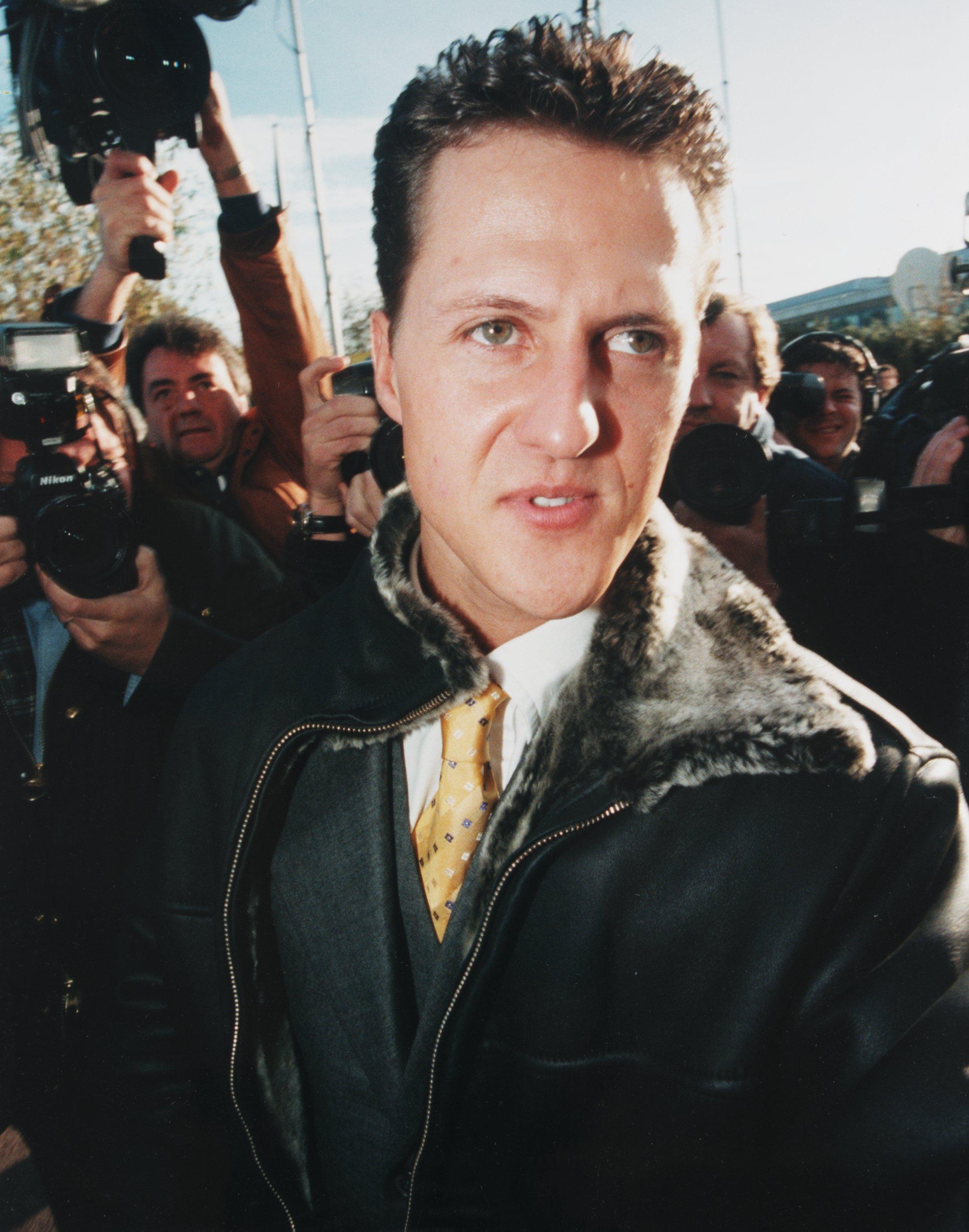 Finally, in September 2014 he returned home, where the suite of offices from Shumacher ran his half-a- billion pound business empire, had been converted into a medical centre.

One source close to the family said: “While they wait for the breakthrough the practical side of Corinna has come to the fore. She is now in charge of Schmacher Inc. until the day he is well enough to resume his role.

She has also taken over the financial reins of his empire and is advised on a daily basis on investments and cash flows by a battery of lawyers. Top sponsors like Mercedes have never deserted him and he continues to earn money even now.

Last year Corinna spent £27million buying a mansion at Andratx, on the island of Majorca from Real Madrid’s president Florentino Perez. The family have denied Michael will be moved there. Corinna intends to use isolated house, which sits on a promontory for holidays with her children and friends. 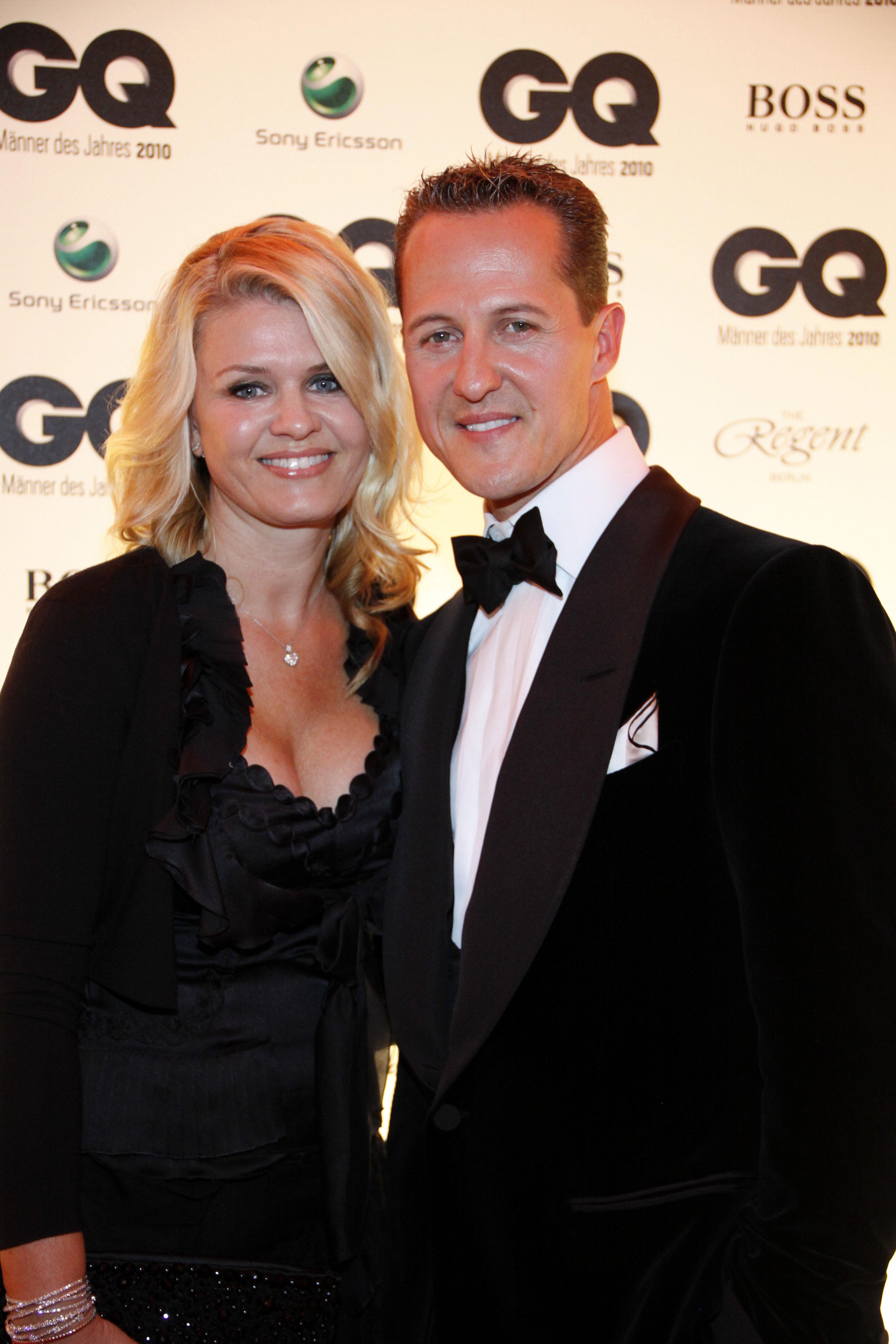 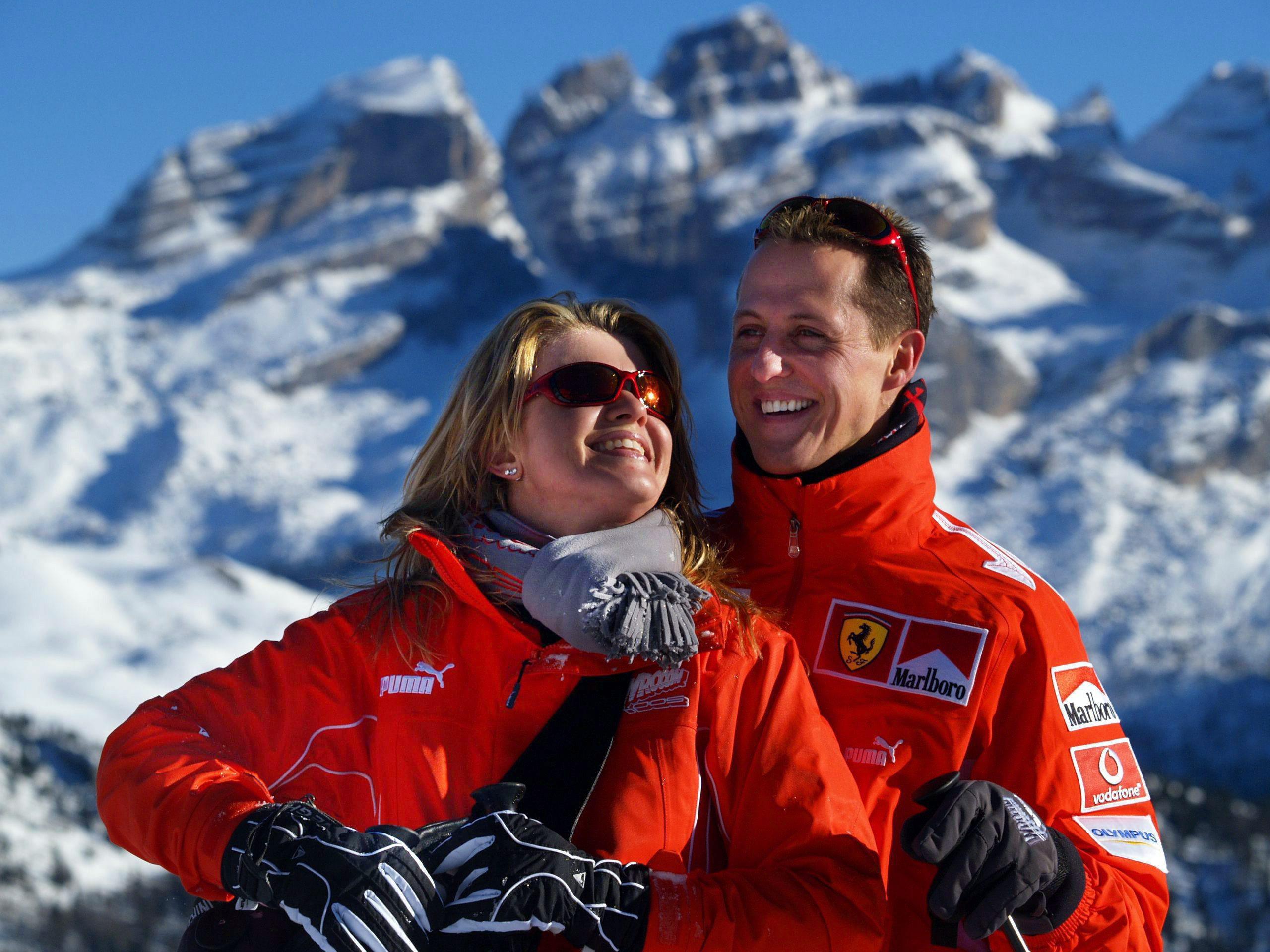 While the family are away, Michael will continue to stay at home looked after by his medical team with regular visits from his dad, go kart track owner Ralf and visitors like his old team boss Jean Todt. Todt, now the World Automobile Federation (FIA) president, is very guarded but he did reveal how on one visit he and Michael had watched the Brazilian Grand Prix together on TV at the house at Gland.

Close to tears, he says: “Michael is like a son to me.”

Another of Schumacher’s old Ferrari team-mates, Rubens Barrichello, wanted to pay a visit, but was told: ‘It would not do him or me any good.’

Ross Brawn, who helped mastermind Schumacher’s success at Benetton and Ferrari, understands the family’s decisions to keep Schumacher’s condition private. He said: “I am constantly in touch with Corinna, and I totally agree with their decision. 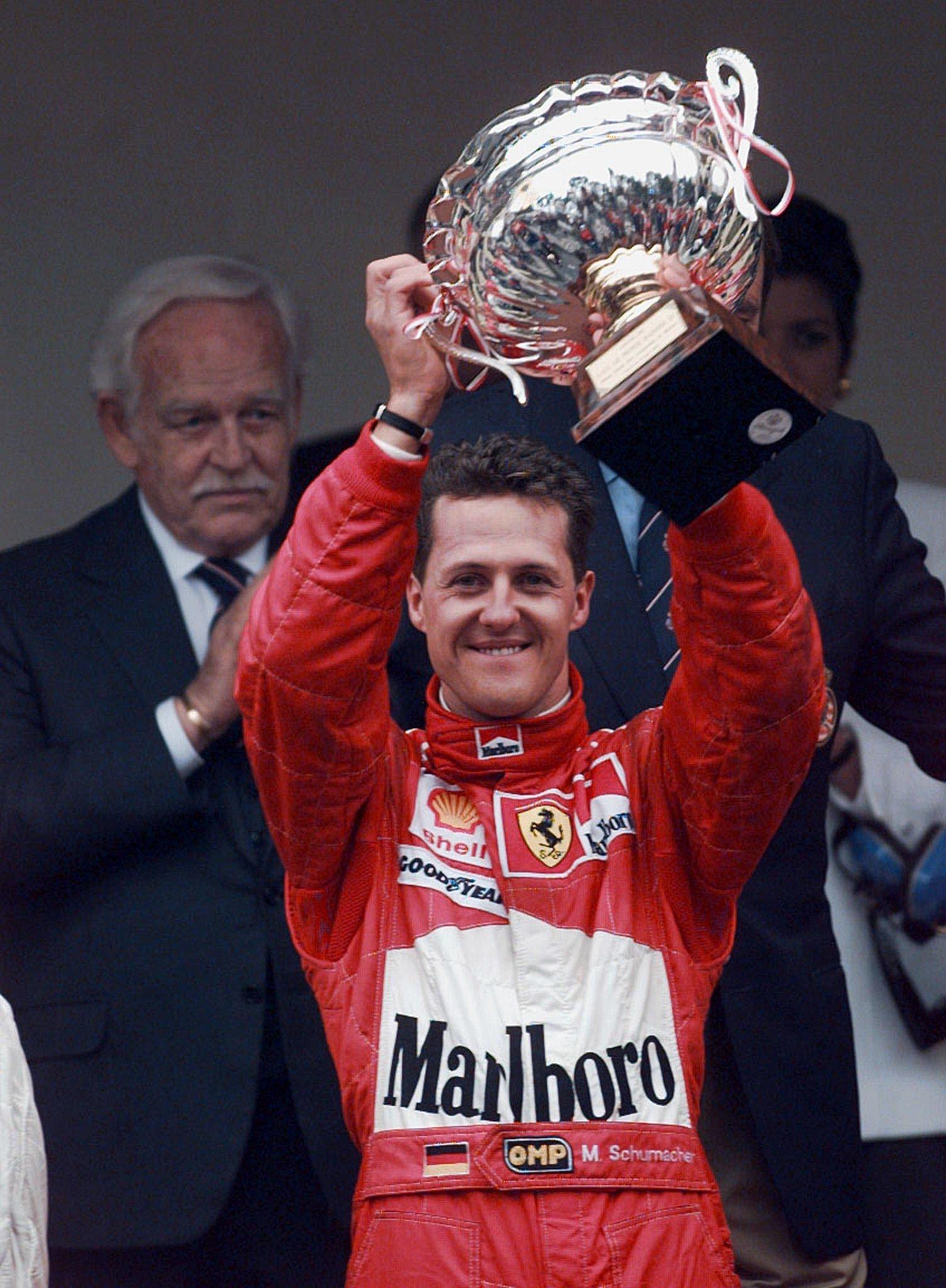 But Willi Weber, the driver’s former manager, says: “I find it very unfortunate that Michael’s fans do not know about his health. Why are they not being told the truth?”

Five years before the accident Schumacher said: “I’ve always believed that you should never ever give up, and you should always keep fighting even when there’s only the slightest chance.”

But five years on, Gary Hartstein, a consultant neurologist and long-time F1 doctor, fears the prospects are not good He said: “Agonisingly few patients in a minimally conscious state at six months ever wind up speaking, walking or dressing themselves.”

That reality is hard for the family to bear. But living without hope for Michael Schumacher would be even worse.