The umpteenth reckoning at Manchester United was equal parts alarming and familiar. It began on Saturday at Brentford just as it had in 2021 at Watford and countless times before — with haplessness. It descended into embarrassment and then, as always, a fruitful search for blame. Players-turned-pundits ranted. Commentators rattled off inconceivable statistics. Fans fumed. And outsiders, amid schadenfreude and memes, were confused.

How, they wondered, could Manchester United, the biggest brand in the world’s grandest league, be so putrid?

And how, in a sport increasingly riddled with inequality, a sport in which United can pay a single player more than Brentford’s entire squad, could the most valuable and successful English soccer club sit at the bottom of the Premier League, in 20th place out of 20?

The reactionary answers were individual mistakes and tactical misfits under the first United manager in 101 years to lose his opening two games.

The real answer is the same as it was at Liverpool last season and Leipzig in 2020; at West Ham, Newcastle, Bournemouth and Watford in 2019, and at Liverpool and Everton the season before. It’s the same as it was after losses to Swansea, Arsenal, Norwich, Bournemouth, Stoke, Southampton, Sunderland, West Brom, Tottenham and West Ham in 2015-16; and to many of the same humble foes two years earlier.

Since 2013, when Sir Alex Ferguson retired and the club’s reviled American owners, the Glazer family, set to chart a future course, United has been a rudderless, mismanaged mess. 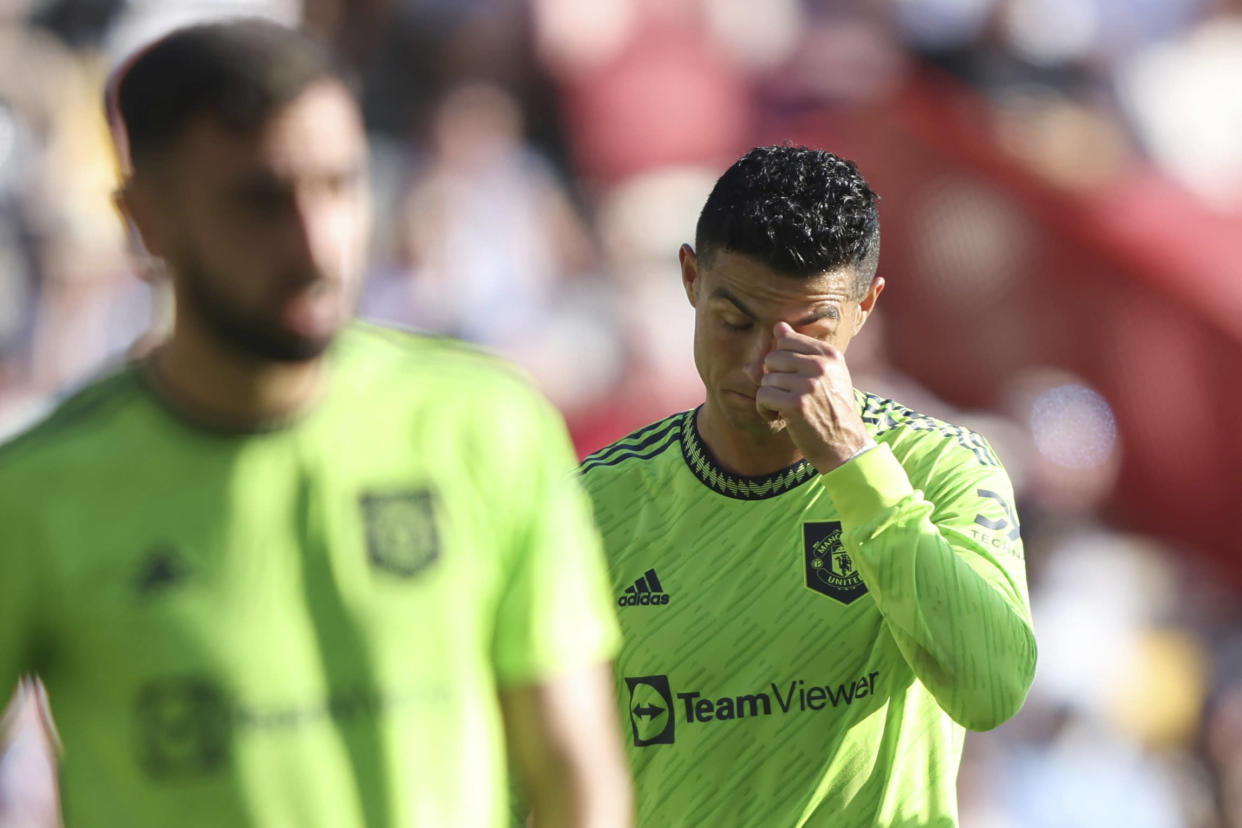 The cyclical mismanagement of Manchester United

While its two chief rivals, Liverpool and Manchester City, adopted forward-thinking approaches to management and team-building, United lagged. Until last year, it had never employed directors of football or data science; its most powerful decision-makers, meanwhile, were finance bros who struck up friendships at PricewaterhouseCoopers and JP Morgan decades ago — and then, years later, hired one another to run one of soccer’s most storied clubs.

Throughout Europe, and throughout the 21st century, many of United’s peers had inched toward a “director of football” model akin to what’s customary in American sports. Rather than entrusting all soccer operations to an omnipotent manager, clubs began tabbing soccer-savvy executives to run robust personnel departments and construct rosters for a head coach. The model encourages a division of labor and, crucially, sustainability. The sporting directors communicate with coaches, of course, but don’t bow to their every demand. At well-run clubs, every signing is thoroughly vetted by multiple departments, and fits into a short-term plan as well as a medium-term one that transcends any coach.

United, on the other hand, never gave such power to someone with a soccer background. Managers had a direct line to the chief corporate crony, executive vice chairman Ed Woodward. Woodward pulled in Matt Judge, the head of corporate development, and together they became the pointmen for transfer negotiations — until both resigned earlier this year. Over eight-plus seasons, they greenlit more than $1.5 billion in spending on players — many of whom were coveted by one coach, then discarded by the next.

Ferguson handpicked David Moyes as his Scottish successor. When Moyes failed, the club devolved into a vicious cycle that’s still spinning out of control. They’d fire one underperforming manager, hire a new one with fresh ideas, and frantically try to furnish those ideas with suitable stars. Louis van Gaal, an eccentric professorial Dutchman, replaced Moyes and wanted his players; Jose Mourinho, an egotistical Portuguese pragmatist, replaced Van Gaal and wanted different ones. Ole Gunnar Solskjaer, the palate-cleansing club legend, had his own vision; and his interim replacement, the sophisticated academic Ralph Rangnick, was blunt in his assessment of the roster.

“There will be a rebuild for sure,” he said last year. “For me, it is clear there will be six, seven, eight, maybe ten new players.”

But then he clarified: “Before you sign those players, you need to be aware how you want to play.”

It’s unclear whether anybody at Manchester United ever has been. Woodward’s only sporting vision was that of the contemporary manager. “When I was accepting the job,” Van Gaal said a few years after he was sacked, “we never spoke about the system Manchester United played with, or about a philosophy.”

Instead, the shortsighted signings piled up, each one giving way to medium-term mediocrity, and making the next short-term fix more difficult. The squad became increasingly bloated, incoherent and expensive.

Erik ten Hag arrived this past summer with a refined system defined by ball-playing and pressing — but inherited a goalkeeper, David de Gea, who’s so woefully inadequate with the ball at his feet that he was demoted by Spain; and a narcissistic striker, Cristiano Ronaldo, who’s willfully allergic to pressing.

And so, here we are, with Brentford pouncing on amateurish defensive-third mistakes, and Ronaldo sulking. He has thrown the 37-year-old celebrity version of a tantrum this offseason in an attempt to leave United, but no other club wants him. His grumpy presence is reportedly one of many things draining morale.

United, meanwhile, has finally reformed its front office around a football director and technical director, but its summer transfer targets have all been Ten Hag favorites, and business has been slow. The top target, Dutch midfield whiz Frenkie de Jong, has reportedly balked at a move to Manchester in part because of the club’s “erratic” front-office behavior.

The crux of the problem at Man United

Supporters have ripped the Glazers for refusing to spend on reinforcements, but that criticism is misplaced. Since 2013, United’s net spend in the transfer market is $1.1 billion, the highest in the world. (Man City is the only other club above $900 million.)

The problem isn’t a lack of investment in players. It’s a lack of competence among the people who hire the players, and of investment in everything around them. United is infamous in the analytics world for its stone-age approach to recruitment and its refusal to integrate data into its transfer dealings and day-to-day work.

It has a new chief executive and org chart, and has said all the right things about soccer people being entrusted with soccer decisions, but the key hires — including the CEO, Richard Arnold, who first met Woodward in the finance world, way back at PwC — have been promotions from within. The transfer policy since has not seemed particularly astute or data-driven. The organizational ethos has not noticeably changed.

A teardown-and-rebuild is clearly necessary, and it will require patience and time, neither of which Ten Hag appears to have. He reportedly yanked the entire squad into training on Sunday on a planned day off. He’d been serenaded with chants at Brentford that he’d be “sacked in the morning.” He will surely have to deviate from the philosophy that made him an attractive candidate in the first place, a long-term sacrifice for short-term stability that will keep this crisis cycle churning.