Saturday’s resignation of health minister Jenny Mikakos, described by Premier Daniel Andrews as "appropriate", is a demonstration of the idea that in the event of failure in matters belonging to their portfolio, ministers show their responsibility to the electorate by resigning from office. 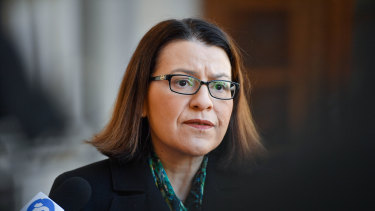 Mikakos’s resignation might have quietened some of the political noise, at least temporarily. But if closing submissions before the inquiry into Victoria’s failed hotel quarantine program that has now concluded are any indication, we have not heard the last of the accountability puzzles attaching to the "who made the decision to contract private security" question that has been a central preoccupation throughout.

True, a clear answer to that question would make discussions to come in November when Justice Jennifer Coate publishes her report much easier to frame and to understand. But if as a matter of fact the evidence indicates that there wasn’t really a "who" and there wasn’t really a "decision" – but rather, as counsel assisting the inquiry Rachel Ellyard put it, a "creeping assumption that became a reality" – the task now is to ensure that this bewildering scene does not confuse or conceal other key issues.

It is extraordinary what was achieved during the single weekend in which the hotel quarantine operation was planned. Nonetheless, as indeed Ellyard’s description made clear, circumstances of urgency tell us a lot about starting assumptions.

When the apparent "preference" of Victoria Police that private security be the first line of enforcement became part of the discussion between those participating in that now fateful planning meeting, it went unquestioned.

It would seem that at least part of the reason why there appears to have been no "decision" to contract out can therefore be explained by how there was little sense among those present at the meeting that the choice between relevant alternatives might be an important one.

The starting assumption was not just that contracting out would be the first option, but that police officers and private security guards were equivalent in terms of their suitability to the operation to be undertaken. Ellyard invited Justice Coate to conclude otherwise.

The entrenched place of contracting out within the design and performance of contemporary government does much to explain this starting assumption. But, and this is a second key point, that entrenchment has serious implications for the intelligible application of our accountability mechanisms.

This much was clear from the evidence of Martin Pakula, the minister responsible for the Department of Jobs, Precincts and Regions, which entered into the relevant contracts. 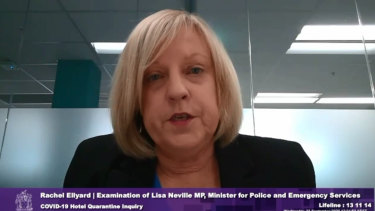 Pakula told the inquiry that it was not typical for ministers to be aware of contracts made by their departments. Indeed, it was rare. The fact that he did not look especially uncomfortable conveying this point tells us something important: this is how things work.

The commitment to contracting out sees a number of different devices come into play that operate to keep ministers out rather than part of decisions made about contracting. Each has its reasons in relation to the practice itself. But the wall between ministers and their departments that goes up as a result renders the idea of ministerial accountability for decisions about contracting out theoretical at best.

It also seems we have important things to learn from the consistency of evidence across all of the high-ranking political and government officials who appeared before the inquiry.

For example, the then minister for health Mikakos observed that she had no cause to turn her mind to the question of precisely who was stationed outside the doors of those detained under the quarantine orders.

The Emergency Services Commissioner, Andrew Crisp, said he had no reason to think that private security was not appropriate for "this kind of role". The Minister for Police, Lisa Neville, similarly commented that she had seen some combination of police and private security work well at major events like the AFL grand final.

None seemed to appreciate that the public might have a real interest in who actually performs the front-line work of government, and how. If the repeated use of the phrase "with the benefit of hindsight" is any indication, it would seem that everyone needed what actually unfolded – and reactions to it – to see the picture differently. But, of course, we can only have confidence in the so-called benefit of hindsight if we are also told what it has taught.

As Ellyard summarised it, the front line of the quarantine operation "was simply too important a responsibility to be outsourced".

For my own part, I have been reflecting on the practice of contracting out and its implications for accountability relationships within our governmental system for some years. I can say with confidence that rarely, if ever, has a "decision" to contract out key aspects of the performance of a high-stakes government function been subject to the kind of sustained examination that has been generated by the failure of Victoria’s hotel quarantine system. This could well be a world first.

But now that we’re here, the question becomes what we do next. If the real worry at issue is that contracting out has become too normal, that decisions about it are approached so uncritically as to not even count as decisions at all, that the relationship between ministerial responsibility and contracting needs to be entirely rethought, or that commitment to the practice as a central technique of modern government has simply gone too far, then let’s begin that conversation.

The urge to do so might be buried somewhere within the "whodunit" exercise that has preoccupied so many to this point, as well as in the standard gestures of political responsibility that are emerging, but neither on its own is going to get us there.

Kristen Rundle is a professor at Melbourne Law School, University of Melbourne.