Hospital worker who stole £12,000 ‘rainy day’ savings from disabled pensioner she befriended while delivering ‘meals on wheels’ is jailed for two years 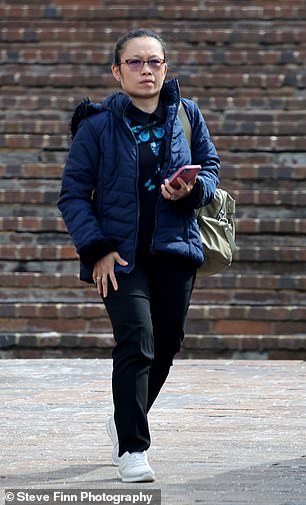 A hospital theatre support worker who stole thousands from a wheelchair-bound pensioner she befriended while delivering his ‘meals on wheels’ has been jailed for two years and three months.

Wareewan Lee, 44, who is currently suspended from her job at Darent Valley Hospital near Dartford, Kent, drained disabled Gerald Beach’s ‘rainy day’ savings of just over £12,000 within two years.

A court heard she started taking ‘hundreds of pounds every few days’ from cashpoints soon after Mr Beach received a PPI payment of £7,524 – one she had helped him to claim – into a Lloyds bank account in August 2016.

Withdrawals were even made by Lee from ATMs at the hospital, and at Gatwick Airport when she went on trips to see family in Finland and Spain.

Mr Beach, who is 83 and said to have ‘serious physical’ mobility issues, then began to receive monthly Department of Work and Pensions payments of £339 into the same account from June 2017.

But Lee continued to steal and by June the following year when her deceit was finally discovered it held just £4.18.

A neighbour of Mr Beach’s told a jury she had been shocked by his financial state and so alerted social services.

But 44-year-old Lee maintained in court she did not steal any money from the man she described as being ‘like a father’ and denied manipulating his poor health for her own benefit.

Lee told police she had only ever used Mr Beach’s bank cards to pay his bills.

But the jury was told all bills, shopping and ‘incidentals’ were covered by a second, Nationwide account.

Returning for sentencing on Friday (June 10), Lee was told by Judge Philip St.John-Stevens she had been unable to ‘confront her dishonesty’ and told ‘palpable lies’ to the court.

He also said Mr Beach had ‘placed great trust’ in her while she monitored his bank account and ‘callously extracted’ money.

‘This defendant was aware that Mr Beach was vulnerable and relied on others to look after him,’ said the judge.

‘She knew that he did not look at bank statements, and there was targeting of Mr Beach because of his vulnerability and his inability to monitor that account.’

But Judge St.John-Stevens said he accepted she had not set out to deceive the pensioner when she had first started to help him.

The offence was not related to Lee’s employment at the hospital.

The court heard she began unofficially caring for the pensioner in 2006, having met while delivering dinners to him at his retirement housing complex in Aylesford, Kent.

For about 12 years, she said she cooked, cleaned and shopped for him without any payment and while holding down two jobs and looking after her young children. 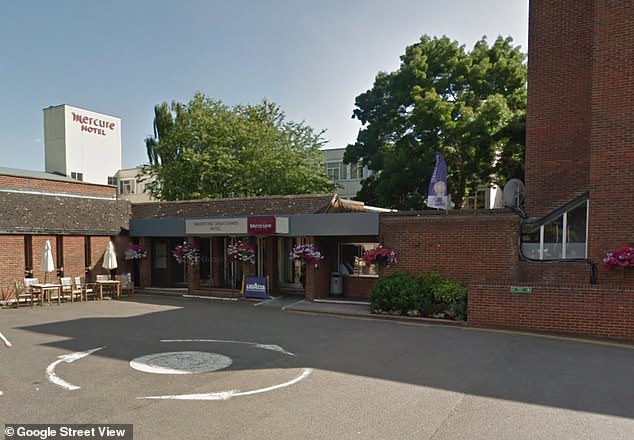 Lee, who has no previous convictions, also lived with Mr Beach at his flat for four years.

But prosecutor Eleanor Scott-Davies told the court Lee ‘took advantage’ of their friendship.

‘She was using her relationship with Mr Beach to take money that didn’t belong to her and didn’t have permission to take,’ said Ms Scott-Davies.

‘She got to this money because of Mr Beach’s age, vulnerability and his trust in her.

‘This was deliberate targeting of someone who was vulnerable. If Mr Beach had been able to go out, do his shopping and other day-to-day chores, Lee would never have been able to commit this offence.

‘It was because he was housebound and living in limited circumstances that she had access to the bank card.’

Mr Beach did not attend court to give evidence but in a recorded interview, he said Lee had helped around his home before offering to do his ‘banking and shopping’.

Mr Beach said he gave her permission to use his Nationwide account but not the Lloyds one, which had sat ‘pretty much dormant’ before he received the PPI payment.

He added he did not know how she knew the PIN and was not aware he had ever told her it.

That account was ‘one for a rainy day’, he added.

Mr Beach told police he never saw his Lloyds bank statements, and when he finally did see one ‘there was nothing’.

He maintained he never asked her to withdraw cash for him and in a victim impact statement Mr Beach said: ‘I have lost my trust in people. I trust my carers and my nephew.

‘I was ticking over quite nicely and gone back to where I started. I have not got any trust.’

The court heard his nephew now controls his financial affairs.

She told the court that having known him from childhood, she was shocked when she moved into the housing complex in 2017 to find Mr Beach in a ‘very poor’ state.

Mrs Bedford said he had few furnishings, his TV rested on an orange box, and he spoke of being in rent arrears.

‘He never had any money, he couldn’t have the little treats,’ she told the jury.

‘I said to him ‘How is it you are sitting here in rags and have virtually nothing at all.’

She was also concerned Lee was locking Mr Beach in his home and having informed social services it was then discovered that the Lloyds bank account was virtually empty.

Agency carer Debbie Carter told the court Lee would cook food at the pensioner’s flat to give to her hospital colleagues while Mr Beach ‘had nothing in his cupboards and would get microwave meals if he was lucky’.

Lee’s barrister John Barker told the sentencing hearing while Lee had expressed remorse and concern for the pensioner, she still did not accept she had acted dishonestly. 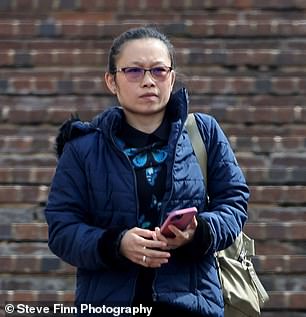 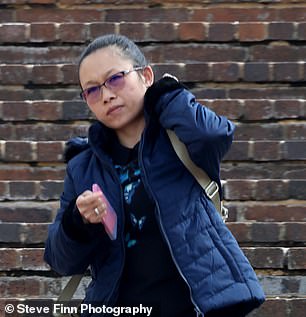 A court heard Lee started taking ‘hundreds of pounds every few days’ from cashpoints soon after Mr Beach received a PPI payment of £7,524 – one she had helped him to claim – into a Lloyds bank account in August 2016

He said she now stood to lose her job despite being highly regarded by others and ‘setting a shining example in her professional life’.

The court also heard Lee is primary carer for her disabled partner of eight years, who accompanied her throughout her trial despite being in a wheelchair and with limited use of his limbs following a bleed on his spine several years ago.

Giving evidence to the jury, Lee maintained any money she took was at Mr Beach’s request.

‘I have done nothing wrong.. I cared for Gerry, I looked after him. He was like a father to me and it’s very upsetting,’ she said.

‘Gerry gave me the (bank) card, told me the PIN and told me to get the money out for him, and I did and I gave him the receipt every time.

‘I didn’t keep it for myself. I used it for Gerry’s purposes. I have done nothing wrong.’

Asked about the cash sums withdrawn at the airport, Lee said it was taken with Mr Beach’s permission to buy presents for her family.