Horrified Christmas shoppers watched a man plummet to his death after he jumped off the top floor of a busy multi-storey car park today.

The man landed in the road alongside the entrance to the multi-storey car park at the Oracle shopping centre in Reading, Berkshire, just after 10am.

Several roads were closed as paramedics and police converged on the scene. 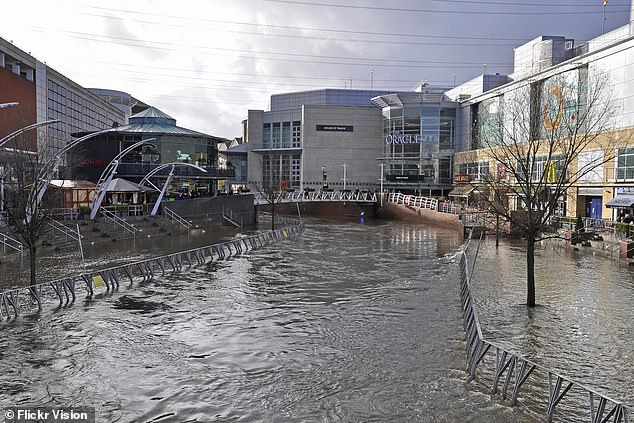 The man landed in the road alongside the entrance to the multi-storey car park at the Oracle shopping centre (pictured) in Reading, after plummeting to his death at just after 10am

A police cordon was quickly put up while security staff from the riverside centre ushered Christmas shoppers away from the distressing scene.

Motorists were prevented from entering the car park and others were diverted from the town centre scene.

One person tweeted on social media: ‘Police, ambulances, riot vans at the Oracle, Reading, crazy police presence – what is going on?’

In a brief statement, staff at The Oracle confirmed that there had been an incident which had begun at 10:04am this morning. 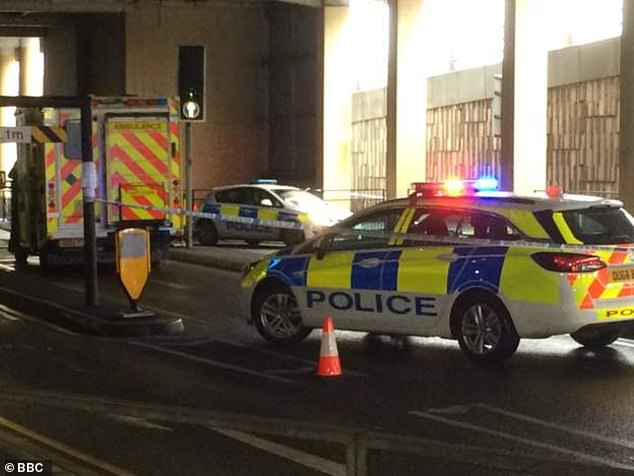 In a brief statement, staff at The Oracle confirmed that there had been an incident which had begun at 10:04am this morning

The spokesman said: ‘We can confirm that there was an incident at the centre this morning and we are working closely with the emergency services.’

A spokesman for Thames Valley Police said: ‘We are investigating an unexplained but non-suspicious death of a man in Bridge Street, Reading.

‘We were called to the scene at 10.09am today. Police are currently at the scene and a cordon is in place.’

A spokesman for South Central Ambulance Service said: ‘We received a call at 10.04am and sent two ambulance crews. Sadly, one patient was confirmed deceased at the scene.’

The man’s body was later taken to the mortuary at the Royal Berkshire Hospital, Reading, where a pathologist was expected to carry out a post mortem examination to establish the exact cause of his death.

An inquest is expected to be opened and adjourned later.

The victim has not yet been named by police.