HORRIFYING video shows a pride of hungry lions sinking their teeth into a giraffe which miraculously manages to escape.

By sheer determination, the giraffe avoids becoming lunch for the lions who cling to its legs and back in a bid to drag it down. 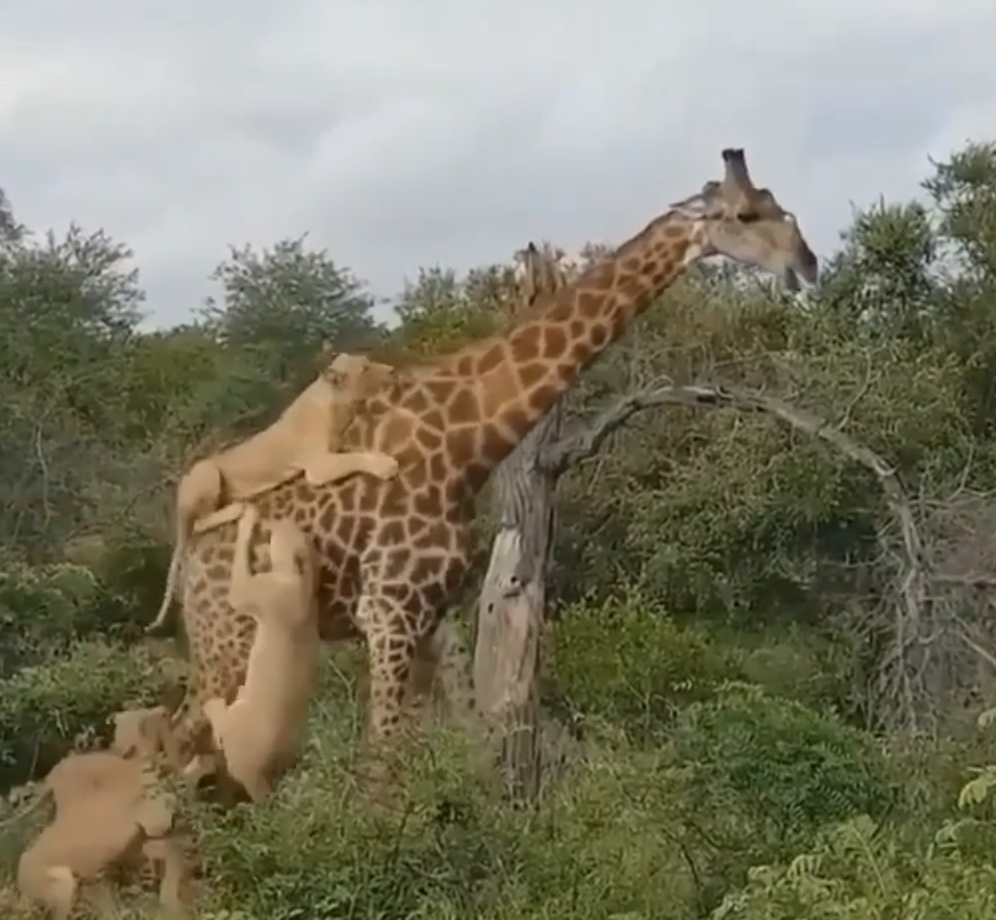 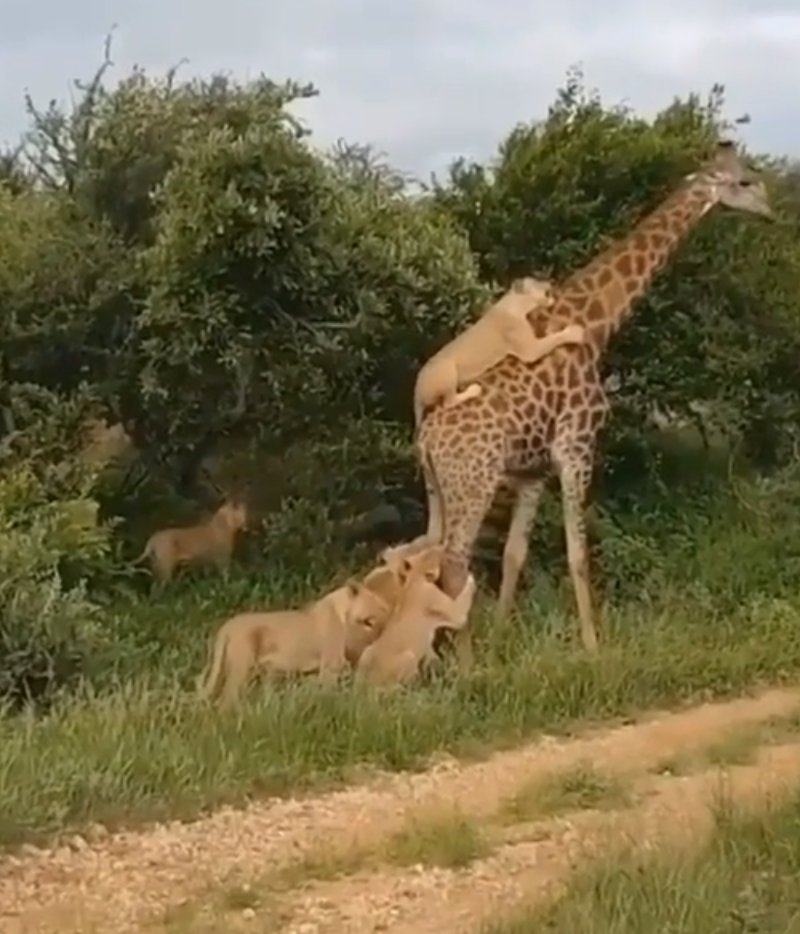 At one point a desperate lioness takes a running jump and sinks her teeth into the flank of the giraffe, temporarily bringing it to a halt.

But even with a lion trying to take a chunk out of its back, the laidback longneck appears unmoved.

The giraffe then sets off again with a lion clinging to each leg and is brought to a halt once again.

By this time lions begin to look bored and knackered and lose interest in their would-be meal.

Most skulk off leaving only a couple to half-heartedly pursue to giraffe, who sends them packing with a couple of kicks.

The video was shot on the Klaserie Game Reserve in South Africa.

While giraffes are generally seen as prey for lions, they are well capable of turning the tables on the big cats.

Planet Earth Two viewers were left gobsmacked after a giraffe managed to escape from a trap set by lions.

The desert episode of the BBC One show followed the giraffe as it was stalked by a pack that had laid in wait.

Running along, it careered into space where another lion had been waiting for it.

As the lion leapt up to take a bite of its neck, the giraffe showed off its brute strength – swiping the lion to one side with ease.

While the giraffe appeared to escape more or less unscathed, others have been less lucky.

Last year young lions were caught on camera playing with a baby giraffe before devouring it alive in less than ten minutes.

The cubs were seen brushing and stroking the giraffe's back and neck before one of them bit it in the neck. 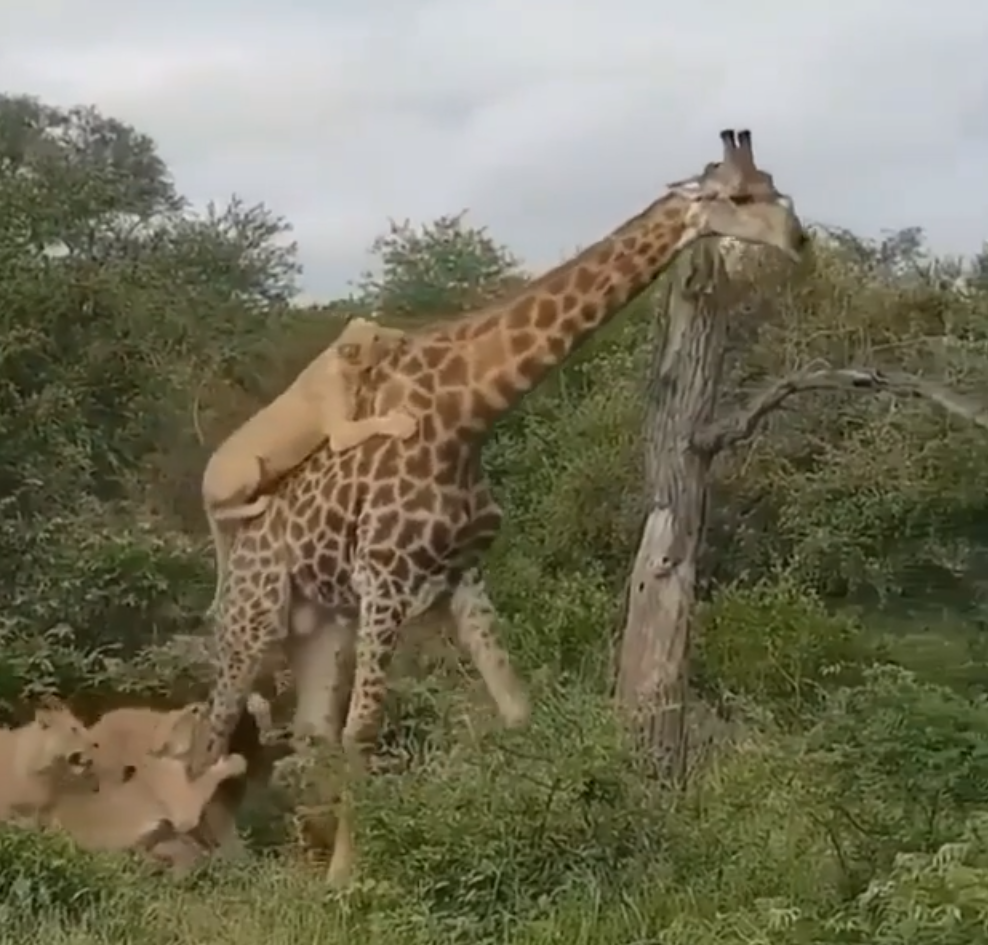