THIS is the tragic moment a mum-of-three leaped 80ft to her death when a botched "free-flying" jump went horribly wrong.

Harrowing footage shows Yevgenia Leontyeva, 33, calmly stepping over the edge of the rooftop of a hotel in Kazakhstan as she got ready for her daredevil plunge. 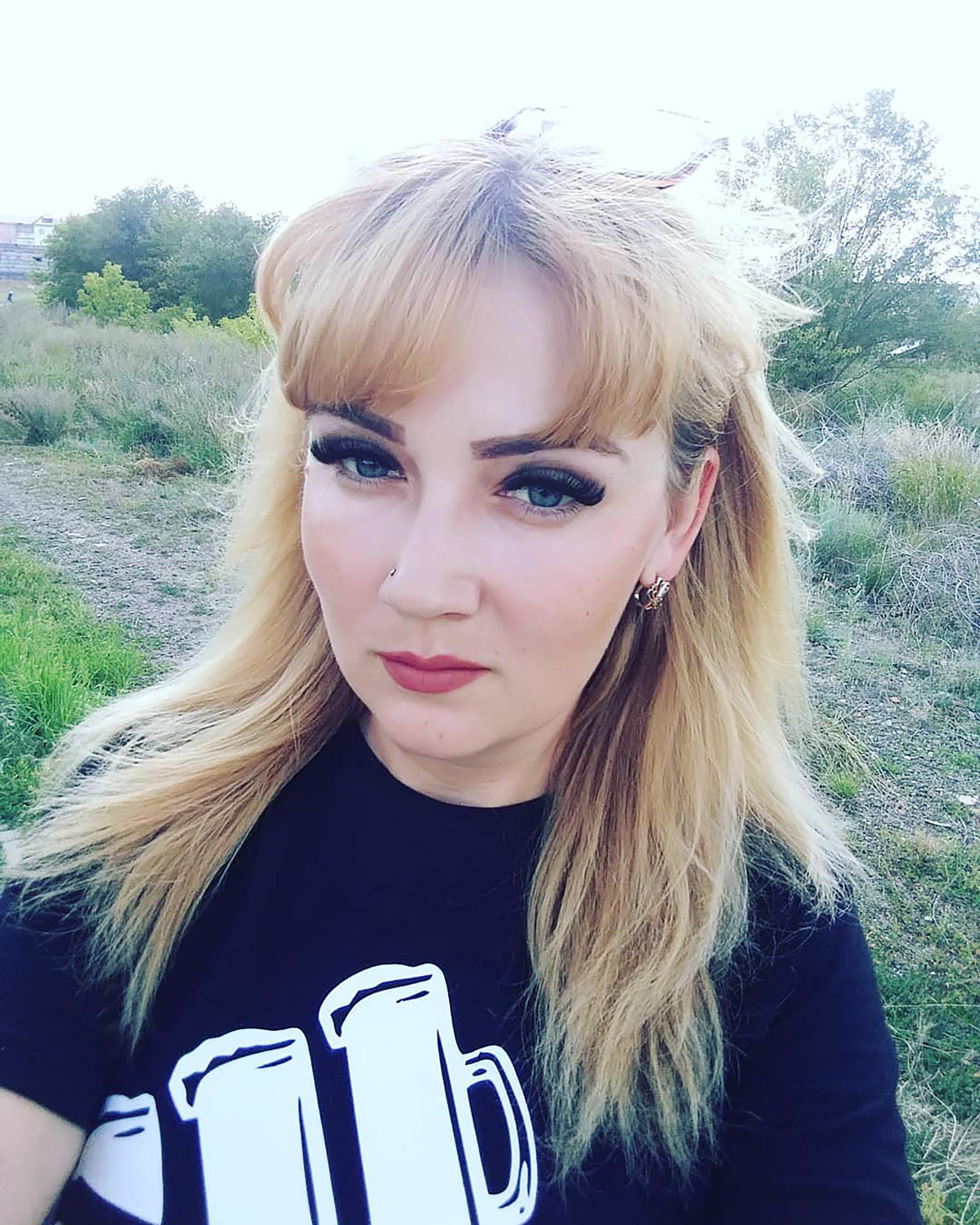 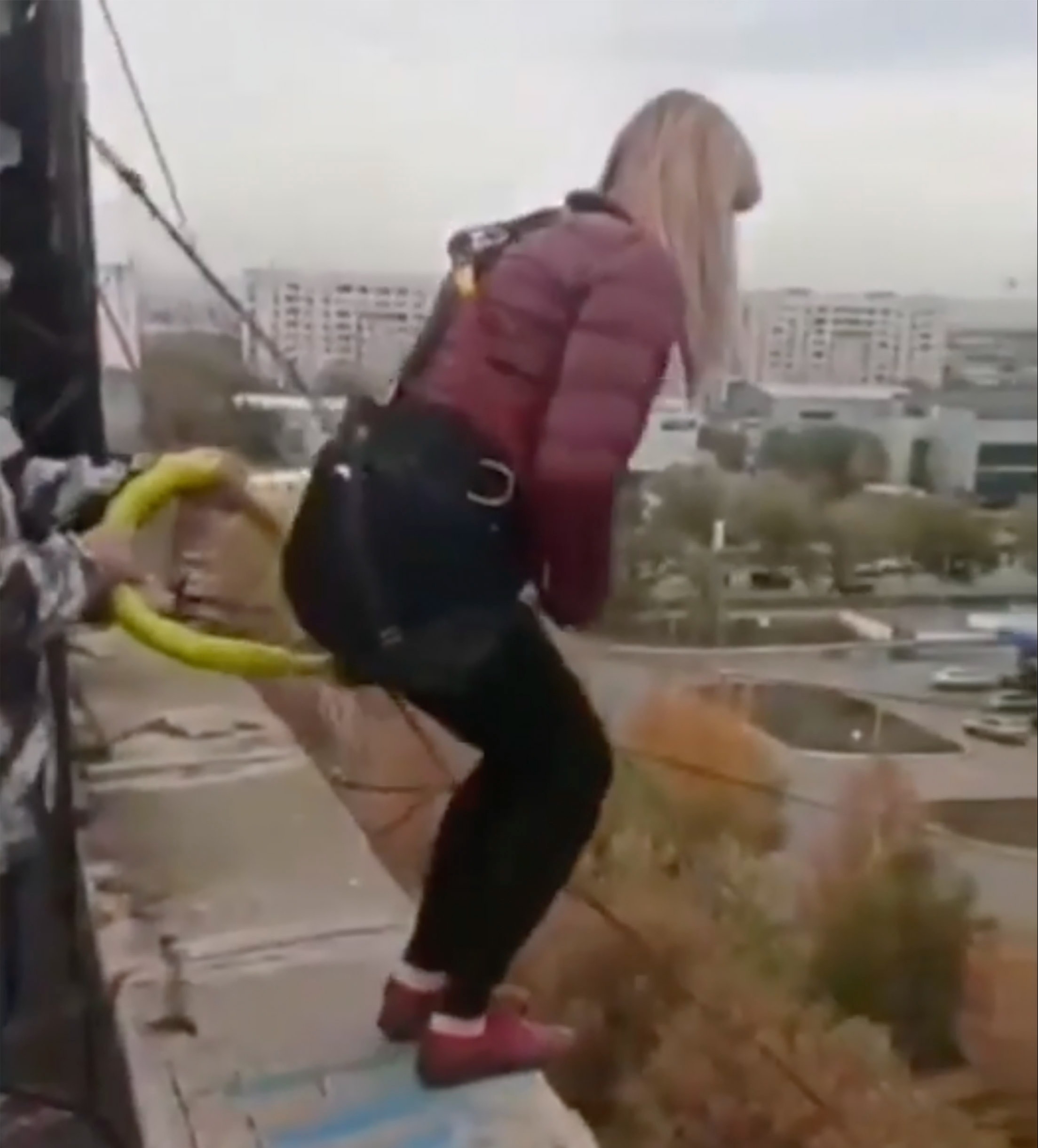 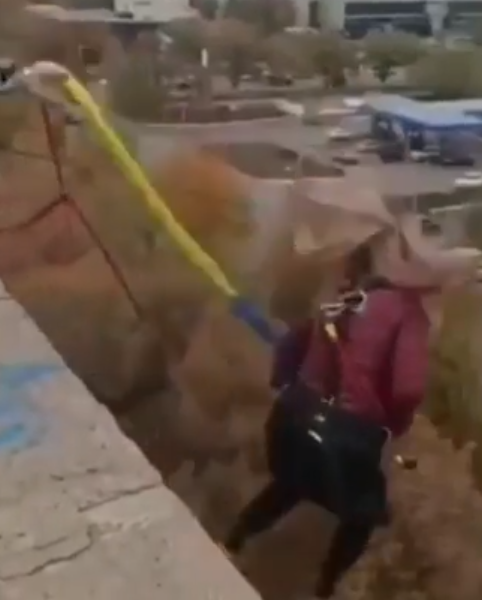 Moments later Yevgenia plunges 82ft and rams into a wall, suffering multiple injuries after a supporting rope was not properly secured on a tree, according to reports.

There are screams from onlookers on the roof and watchers below rush to her assistance.

Adventure-loving Yevgenia – an experienced jumper – was rushed to hospital where she underwent surgery for serious head injuries, but died soon afterwards.

In the video, a man is seen fixing harness straps onto Yevgenia while another off camera sends her a chilling “I love you” message.

There is a countdown before she steps over a ledge and jumps.

A female friend, who was due to jump after her, is heard screaming as mum-of-three’s leap goes wrong.

A cross-line holding her, which was supposed to break her fall and leave her suspended above the ground, failed or was not even secured.

She crashed onto the ground below and was dragged around 12ft before smashing into a wall.

Watchers said the jump was given the greenlight before an organiser had time to secure the line on a tree.

A man is seen falling to the ground as she crashes down, say reports.

He is believed to have been holding the safety line which should have been attached to the tree and was floored by the force of her fall pulling on the unsecured rope.

Before the tragic leap, Yevgenia and her friend had posted “Live it up” and “We’re going to fly”.

The woman had three boys under 14, two of her own, and the son of a relative who had died.

Many locals had been preparing to make extreme jumps on Sunday.

“The patient was operated on,” said a local health spokesman.

“A craniotomy was performed and the removal of the haematoma. Despite the ongoing medical measures, the patient died.”

Cops have launched a criminal investigation into her death amid speculation of “negligence” on the part of the jump organisers.

The maximum potential punishment is a 40-day sentence.

Stomach-churning rope jumping or rope free-flying is an extreme sport originating in the US in the 1990s.

It is similar to bungee jumping, but the rope is made of nylon so jumpers don't bounce.

It is practiced on cliffs and high buildings and has been described as a cross between bungee jumping and abseiling, with dizzying rope swings. 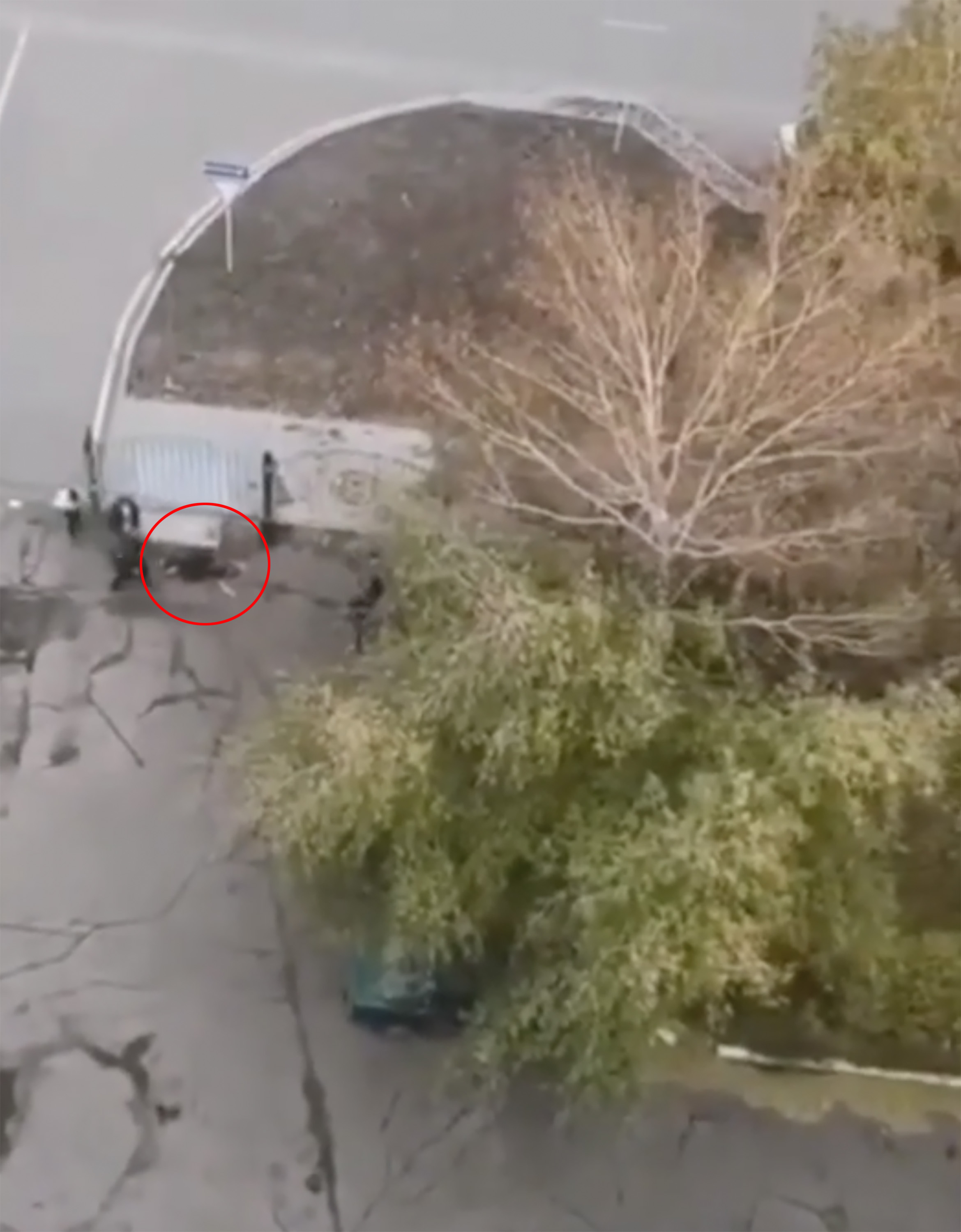 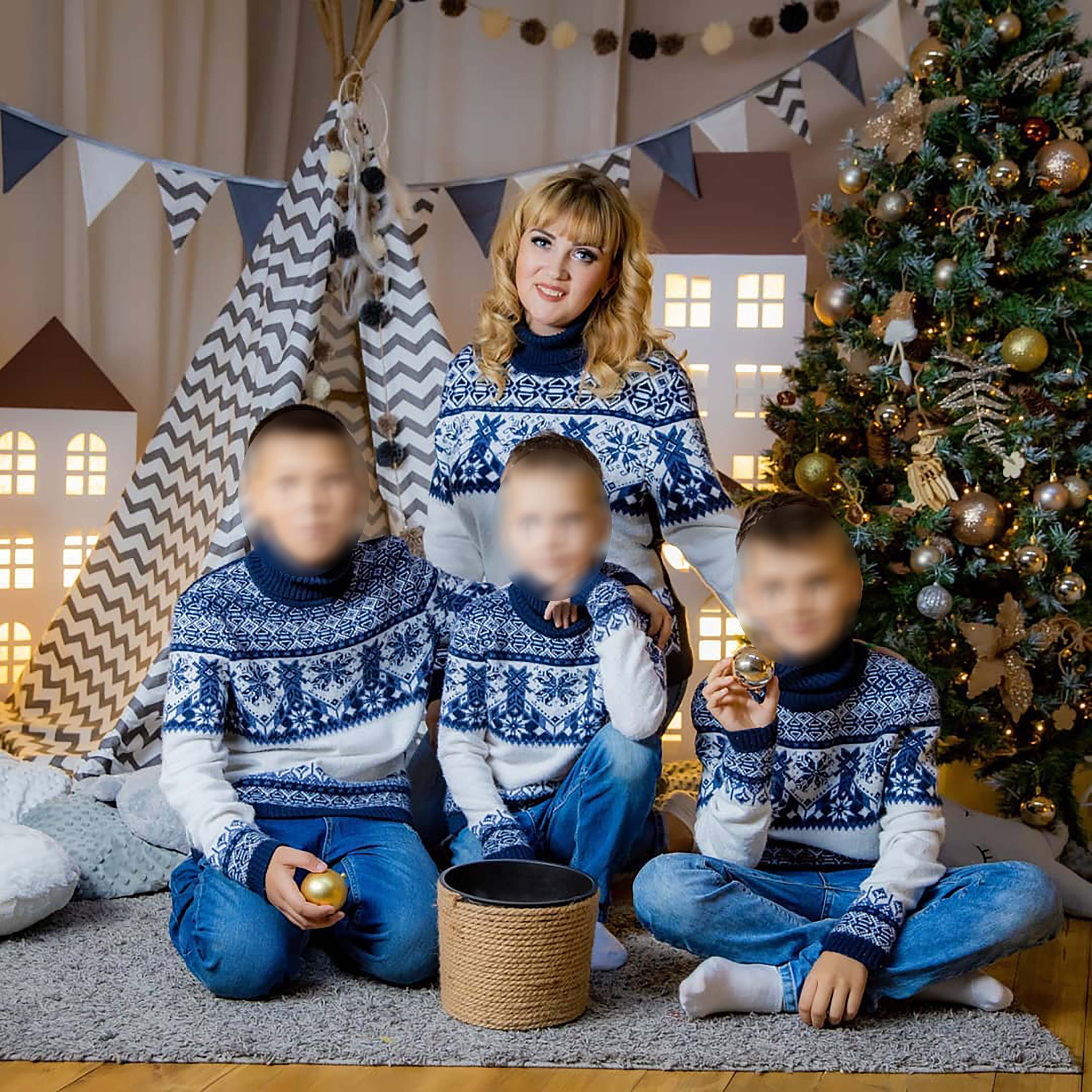