A mother visiting her son in Florida recently had a scary run in with someone attempting to break into her son’s home. That someone?  A giant lizard.

Jocelyn Person was at her son’s house in Apopka, Florida when she noticed the creature, which she identifies as a monitor lizard, attempting to climb up a window pane. The exact variety of the animal filmed remains unclear, with Fox News claiming the creature was a Savannah monitor.

Throughout the 40 second video, viewers can see the lizard attempt to climb the screen of the window from multiple angles, and even walk across the window’s ledge.

And those with a phobia of reptiles are unlikely to be charmed by the sight of the creature regularly flicking its forked tongue while trying to gain entry to the property.

‘Look at what came to pay him a visit today! It’s a Tegu lizard! Looks like Godzilla to me’ the mother wrote in the caption for the video. ‘Needless to say I won’t be visiting him any time soon! And it’s on the front porch!’ 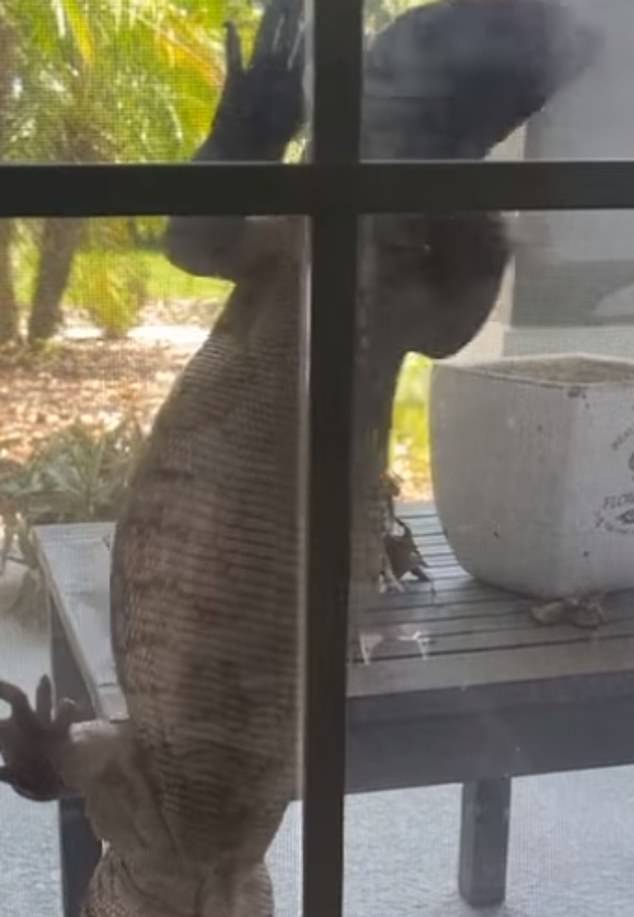 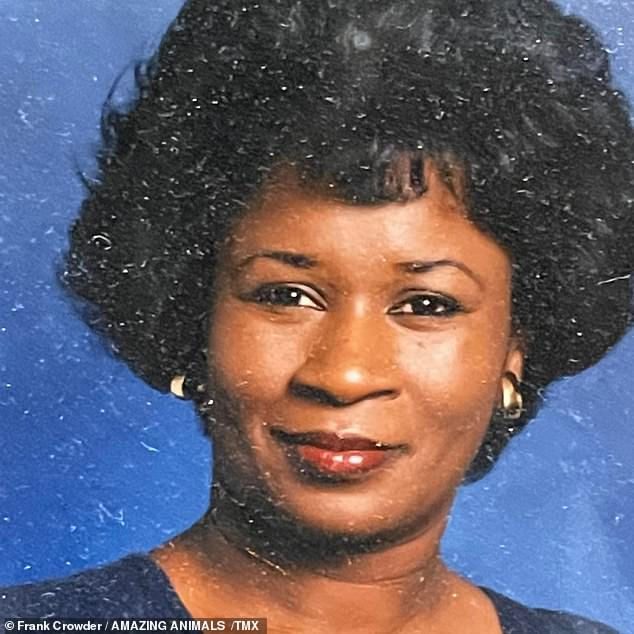 Jocelyn Person, pictured, captured the scary lizard during a trip to her son’s home in Orlando

The video eventually ends after the animal makes its way up the screen several inches but then loses grasp of the quilted material, slamming to the ground.

Person later updated her post to share that the animal captured is a monitor lizard rather than the initially reported tegu lizard.

The story was also picked up by major news agencies including FOX News and USA Today.

Social media users let their thoughts on the video known in the replies of Person’s post, sharing thousands of comments ranging from utter disgust to skepticism over the animal’s breed to solidarity with the creature. 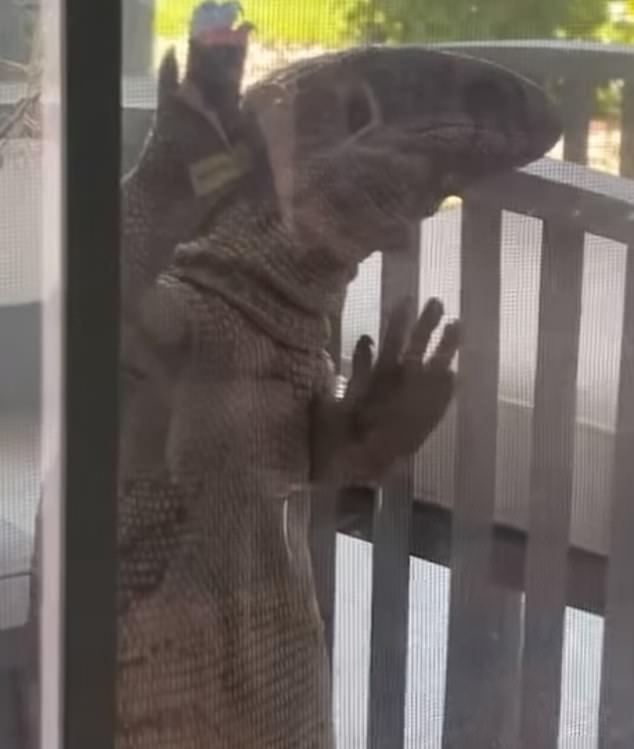 ‘Humans over populating this planet. It might be terrifying to see these creatures but we choose to build houses in the turf,’ said one commenter.

‘Throw away the whole house please and thank you’ said another.

‘Hope he doesn’t find the doggie door. ..or the doggie,’ joked one person in the replies.

More than 875 Facebook users have also reacted with the shock emoji to the video, while hundreds chose the laughter emoji to encapsulate how they felt watching the reptile climb the window cover.

According to AZ Animals, monitor lizards are one of the most intelligent reptiles and can weigh anywhere from 2 pounds to upwards of 300 pounds.

The largest animals of this variety can grow to as large as seven to ten feet.

If that wasn’t terrifying enough, the reptiles have also been reported to carry a weak venom. 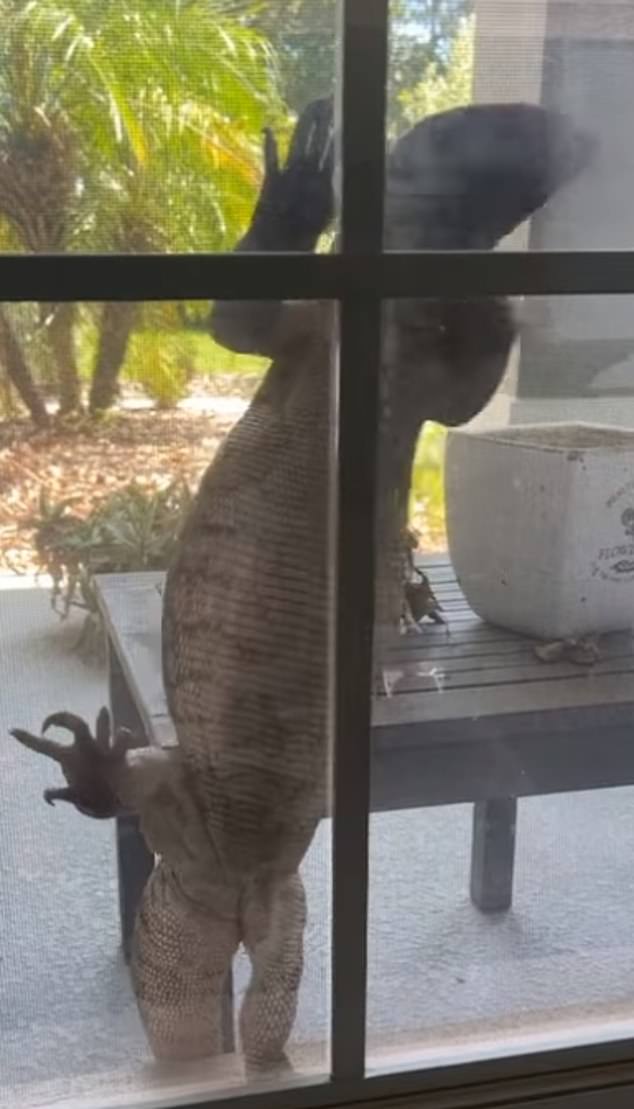 The animal is native to Africa, Asia, and Oceania, but can often make their way to different portions of the world due to illegal pet trade.

Florida is home to a major portion of the United States’ reptile population, however reptiles also lives in many other states across the country.

The cold-blooded animals can thrive in its balmy tropical climate if released into the wild.

Research from the Florida Fish and Wildlife Conservation Commission and the Kenneth Krysko of the Florida Museum of Natural History recently released data on the state’s amphibians and reptiles, finding that 142 native and 56 nonnative species of animals reside in the state.