Homeowners in Brighton have been left furious after they have been left unable to sell their properties because of long socially-distanced queues of shoppers backing onto their street.

Shoppers trying to enter the Primark store on Western Road in Brighton have been instructed to maintain social distancing while they queue.

The store has also been limiting the number of customers allowed in at any one time.

However, angry residents claim that the measures have resulted in shoppers blocking access to properties as well as dropping cigarette butts and setting off car alarms. 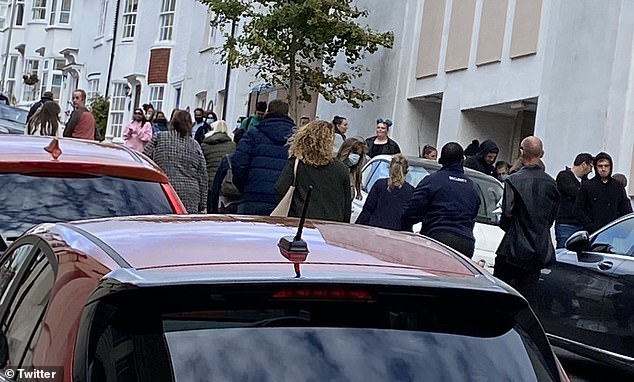 Unlike other retailers, Primark does not offer online shopping, meaning that when their Brighton store reopened on June 15, massive ‘festival-like’ queues formed.

Speaking about the queues, resident Richy Charles said: ‘Some of us have wanted to sell our houses, but we have no chance with Primark allowing queues like this. We are stuck.

‘The queue was redirected to our road about a month ago and every week it gets longer and longer.

‘We know our road would be a little busy as it is the centre of town, but we didn’t expect our residential street to be part of the city’s shopping streets.’

Ever since the queue for Primark was re-directed, Mr Charles said that he has had to pick up clothes tags, masks and cigarette butts on a daily basis.

He also said: ‘It feels pointless complaining as we are just ignored.’

This isn’t the first time that the Primark store in Brighton has caused nearby residents problems.

In June, a man held a protest outside the store yelling at customers as they entered.

Speaking into a microphone he said: ‘You want to risk everybody’s life by going to Primark What did you get? Underwear? 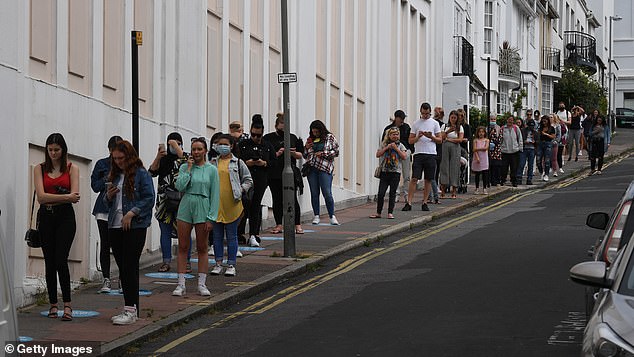 Angry residents claim that the measures have resulted in shoppers blocking access to properties as well as dropping cigarette butts and setting off car alarms. (File image of customers queuing to enter the Brighton Primark store on June 15)

‘You’ve all got clothes! What do you need to go into there for and risk people’s lives?’

‘We are aware of the issue regarding queues outside our Brighton store and the impact of this on local residents.

‘We are following guidance provided to us by Brighton and Hove City Council in relation to the location of our queuing system.

‘However, we are in contact with the council in relation to this issue, and working to find a solution to reduce the impact on local residents.’