One month after Facebook banned advertising of his Holocaust film, director Joshua Newton and his son are suing parent company Meta Platforms, Inc. for $700 million, citing breach of contract, fraud and intentional infliction of emotional distress.

Newton further alleges that Facebook has long been ‘the subject of antisemitic practices.’

In September, a digital media buyer attempted to place ads for the movie Beautiful Blue Eyes when Facebook informed the buyer they could not do so because of the movie’s title.

They claimed the title, which refers to the eye color of a child who was killed by Nazis, violated the company’s policy against content that ‘includes direct or indirect assertions of implications about a person’s race.’

The ruling was appealed by the movie makers, but Facebook upheld the ban, writing ‘After a requested review of your Facebook account, we confirmed it didn’t comply with our Advertising Policies or other standards.’

‘You can no longer advertise using Facebook Products. This is our final decision.’

The thriller, which was made in 2009, but only recently finished, opened in 431 theaters in the US in early September, but had not been able to advertise itself on Facebook or Instagram.

Because of an issue with one of the camera used to shoot the movie, some of the shots were lost. Newton implemented recently developed AI technology to repair the damaged frames, which allowed for the film’s theatrical release many years after wrapping.

The movie, which marks Roy Scheider’s final performance – he died in 2008 – played in just five theaters its second week, a reality that the Newtons claim was due to the Meta ban. 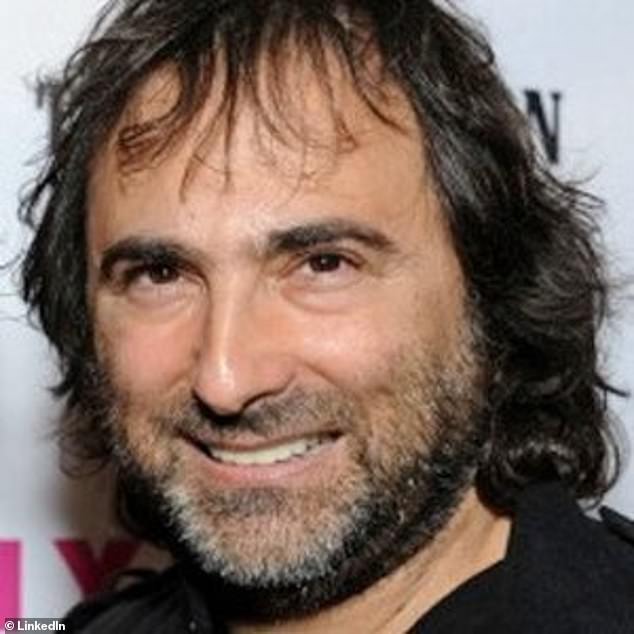 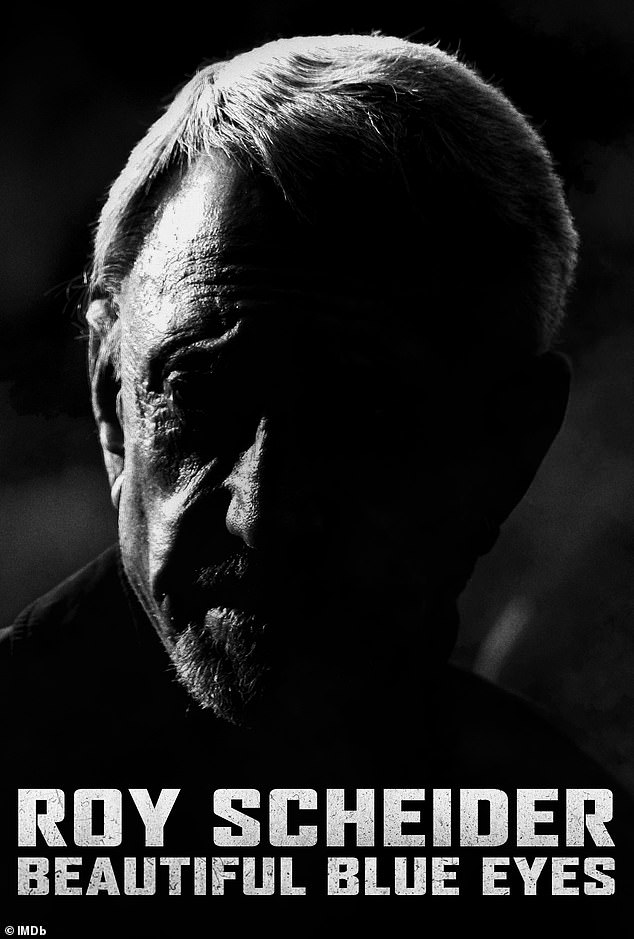 The film was completed in 2009, but one of the cameras on which it was shot was damaged. Filmmaker Newton used recently developed AI technology to recreate parts of the project as he had originally envisioned them, finally allowing for the theatrical release of the film

The Newtons’ suit claims that Facebook caused ‘extreme emotional distress’ and that their ‘lifelong efforts to continue the memory of the victims of the Holocaust, hundreds of them relatives, were dealt an irrevocable blow in learning that without proper advertising the film would not reach the intended audience and their voices would be essentially silence – thereby enabling Holocaust deniers to reach their goal – the exact opposition of the purpose of the film and the Community Standards promised by Facebook.’

The suit is for $700 million in damages. That figure broken down amounts to $100 million for each Newton for breach of contract and fraud and detrimental reliance claims, and $500 million for emotional distress.

The thriller is set against the backdrop of the Holocaust. Scheider played a Holocaust survivor who travels to Nuremberg and comes into contact with the former Nazi officer responsible for the deaths of his family.

Following the news that the film’s advertising would be ‘permanently restricted’ on the social media giant, Joshua Newton said, ‘This is the action of haters – and there are sadly many in our society – who seek to damage the film in order to trivialize the Holocaust.’

In a second statement, made to Rolling Stone, Newton said that by ‘banning the advertising of the theatrical release of Beautiful Blue Eyes, Facebook has aided and abetted antisemitism.’

In the wake of a previous Rolling Stone story about the ban, Facebook opted to reverse the so-called final decision, which it said was a statement ‘made in error.’

But the family suit alleged that ‘Facebook has historically been known to allow hate-based speech, racist and antisemitic content to flood its platform notwithstanding its offensive, derogatory and dangerous nature.’

‘As a result of Facebook’s failure to follow its own Community Standards and guided by its habitual acts of antisemitism, the creators of Beautiful Blue Eyes were unfairly and wrongfully denied access to the Facebook platform to advertise the pre-theatrical release of the film and theme song, which negatively impacted the box office sales and will undoubtedly have a consequential negative effect on global ancillary sales,’ it reads.

The film follows a New York Police Department cop (Scheider) who has been haunted by his family’s WWII murder for decades.

When he believes he has located the still-living Nazi responsible for their deaths, he enlists his estranged son – portrayed by Newton’s son, Alexander Newton – to help him get vengeance.

The film centers on an NYPD officer who finds the former Nazi responsible for his family’s death during the Holocaust. He reunites with his estranged son to exact vengeance 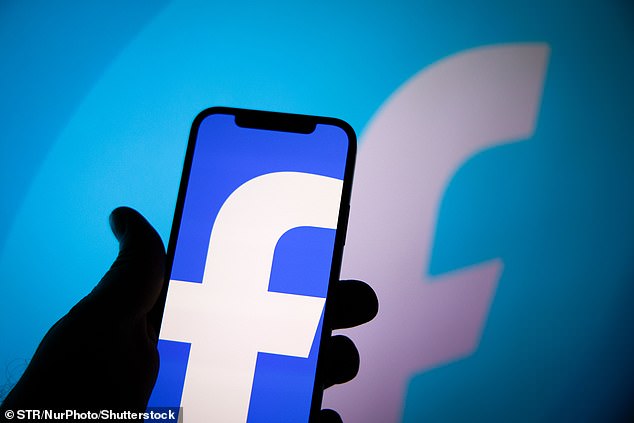 In addition to breach of contract and fraud, the Newtons have accused Facebook of long being ‘the subject of antisemitic practices’

Alexander, who performs the movie’s titular song, also had a music video he’d made for the film banned from Facebook. His personal artist page was also banned.

In a statement of his own, the younger Newton wrote, ‘My song ‘Beautiful Blue Eyes’ was supposed to promote the film to millions of Facebook users.’

‘Who bans a song except for a totalitarian regime?’ he added.

Strangely, a publicist for the film was also unceremoniously kicked off Twitter after tweeting out a link to the first Rolling Stone story about the film being banned from Facebook.

She, Ursula Mae, had her account suspended immediately after tweeting out the link for ‘violating our rules against evading permanent suspension.’

She said she has never posted anything to the short form social media site that would violate its rules.

The elder Newton – a British filmmaker – is the son of two Holocaust survivors and based the film on his late father’s experiences.

This is not the first time Newton has brought a multi-multi-million dollar suit related to his work.

Earlier this year, Newton filed a $150 million suit against former NBC executive Ron Meyer, who was ousted in 2020 over an affair.

Newton claimed Meyer had sidelined an OJ Simpson-centric project of his, thereby sidelining his career.

Newton allegedly attempted to extort Meyer with the lawsuit, which would have exposed an affair Meyer had with an actress named Charlotte Kirk, with whom Newton had also previously been involved.

Kirk was also the woman at the center of the affair that led to the resignation of Warner Brothers CEO Kevin Tsujihara in 2019. He was ousted over claims that he had improperly helped a woman – Kirk – obtain acting roles at the studio. 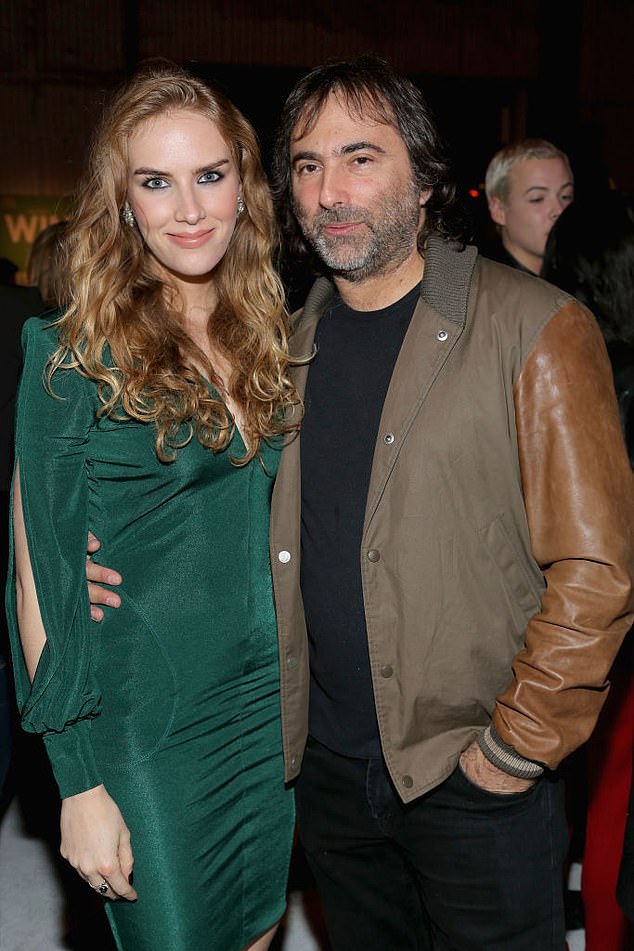 Joshua Newton (right) and Charlotte Kirk (left). Kirk was the woman at the center of two major studio executives resignations – both men had affairs with her. Newton allegedly attempted to extort a former NBC executive with knowledge of the affair