HILLARY Clinton has inadvertently fuelled a bizarre QAnon conspiracy theory that she is a satanist by sharing a photo from her study showing a book that features glass devils having sex.

'Erotics' by Italian glass artist Lucio Bubacco is one of several books seen propping up Clinton's laptop in the picture, which was posted earlier this week showing her recording her new podcast, 'You And Me Both'. 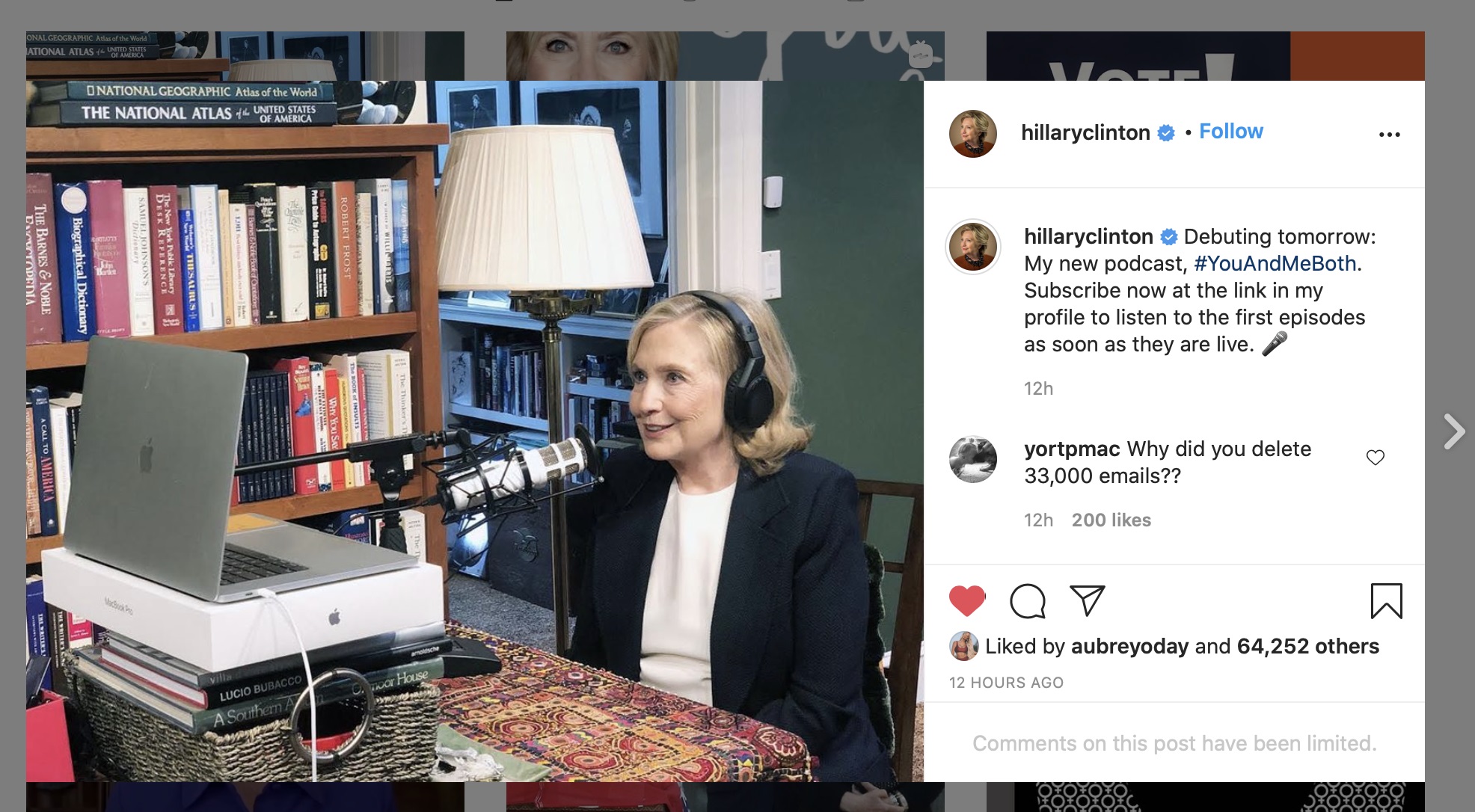 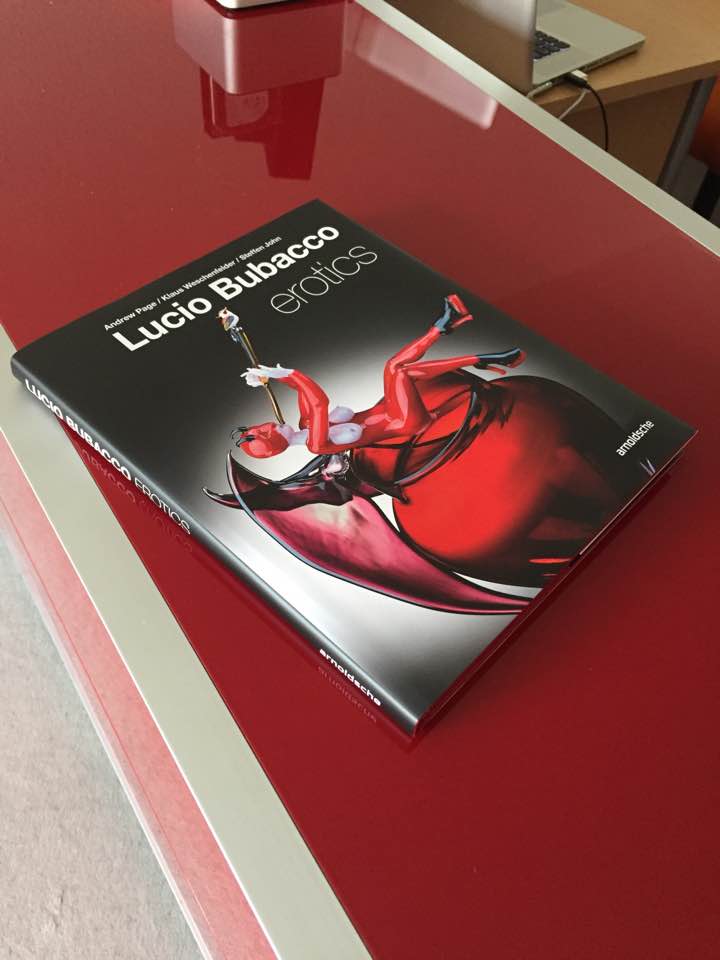 It features photographs of handmade glass devils posing in various positions, some of them sexual.

Hundreds of QAnon conspiracy theorists, who hold the debunked belief that President Donald Trump is battling an elite of Satan-worshipping pedophiles who run the world, including Hillary and her husband Bill, have taken it as a sign that their baseless worldview is true. 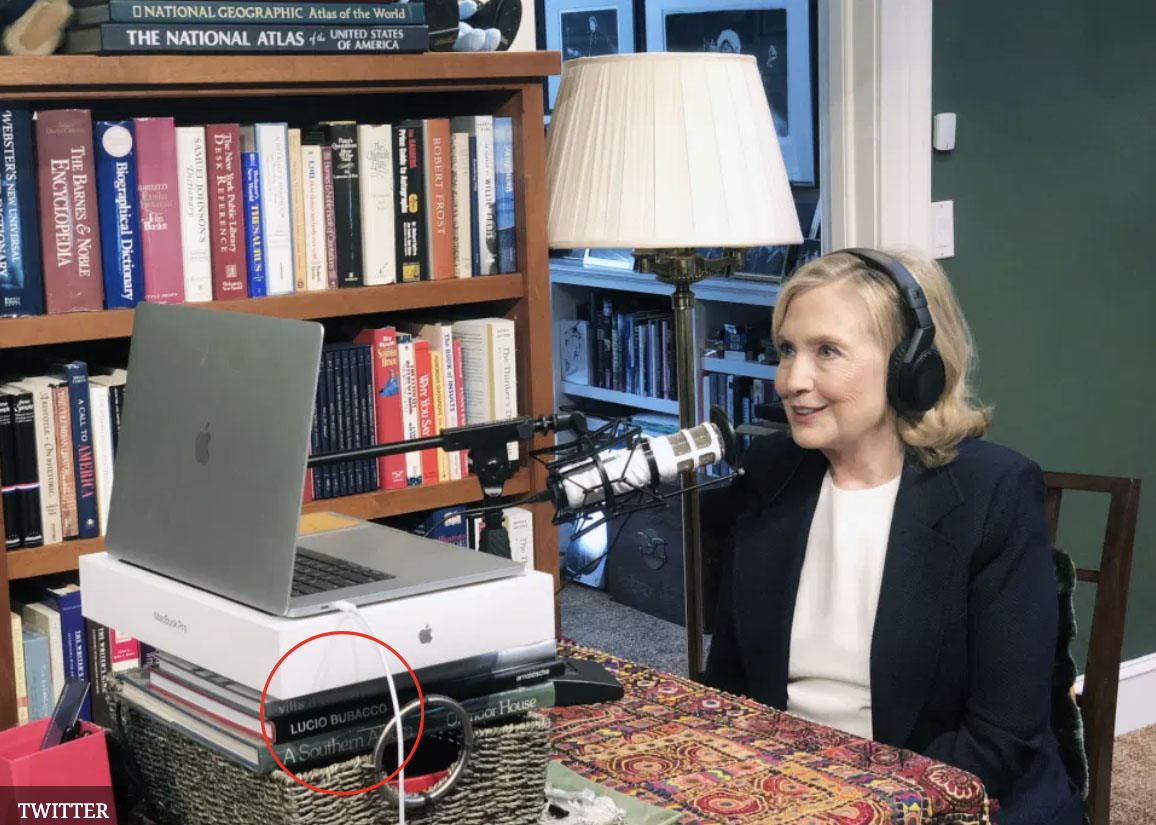 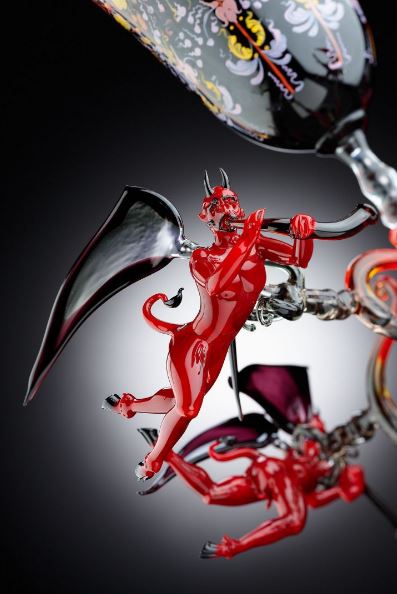 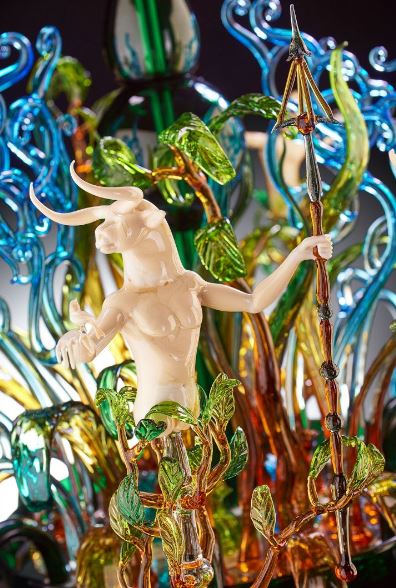 QAnon followers also think a 'Deep State' is operating within government, largely run by Democratic politicians and liberal-minded celebrities, which the president is trying to bring down.

The conspiracy theory has been linked to a number of violent incidents, such as the killing in New York of suspected mob boss Francesco Cali.

His 24-year-old accused killer Anthony Comello has claimed in court documents that he believed Cali was linked to the so-called Deep State and that he was acting under the protection of the president.

A user on the Q Research discussion board on the far-right 8kun site, which obsesses about the conspiracy theory, said of Clinton's picture: “Satanic glass maker, wow.”

Scores of other posts on 8kun also refer to the book.

The Q in QAnon is said to refer to an anonymous insider who has secret information about the Trump administration. The conspiracy theory began in 2017 and has since snowballed in popularity around the world. 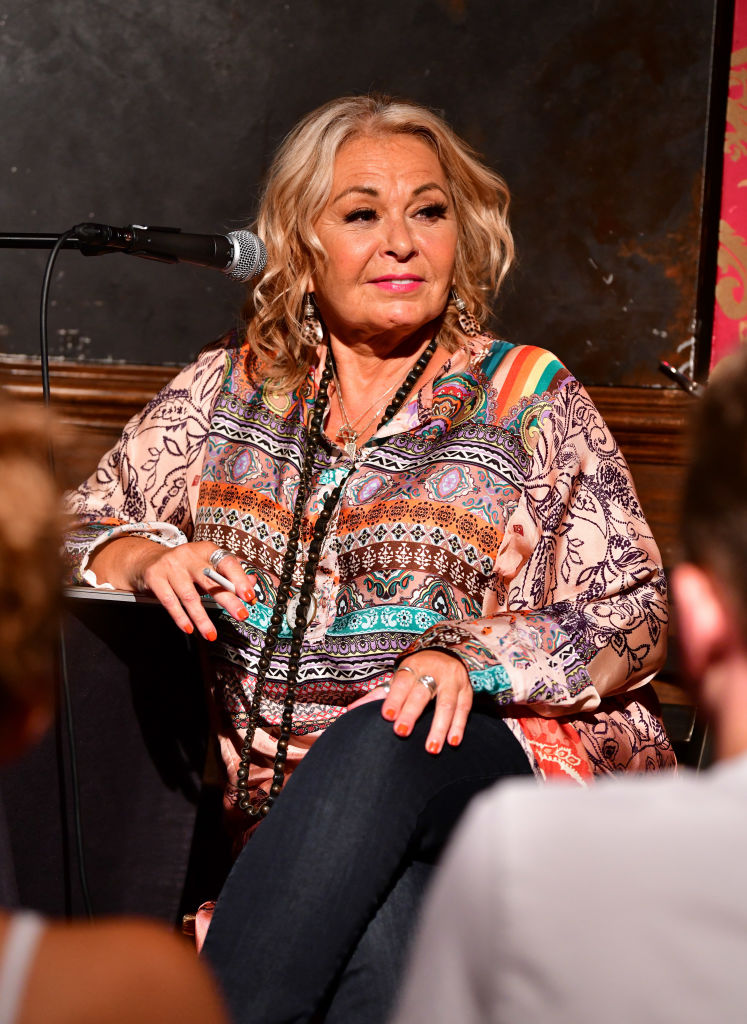 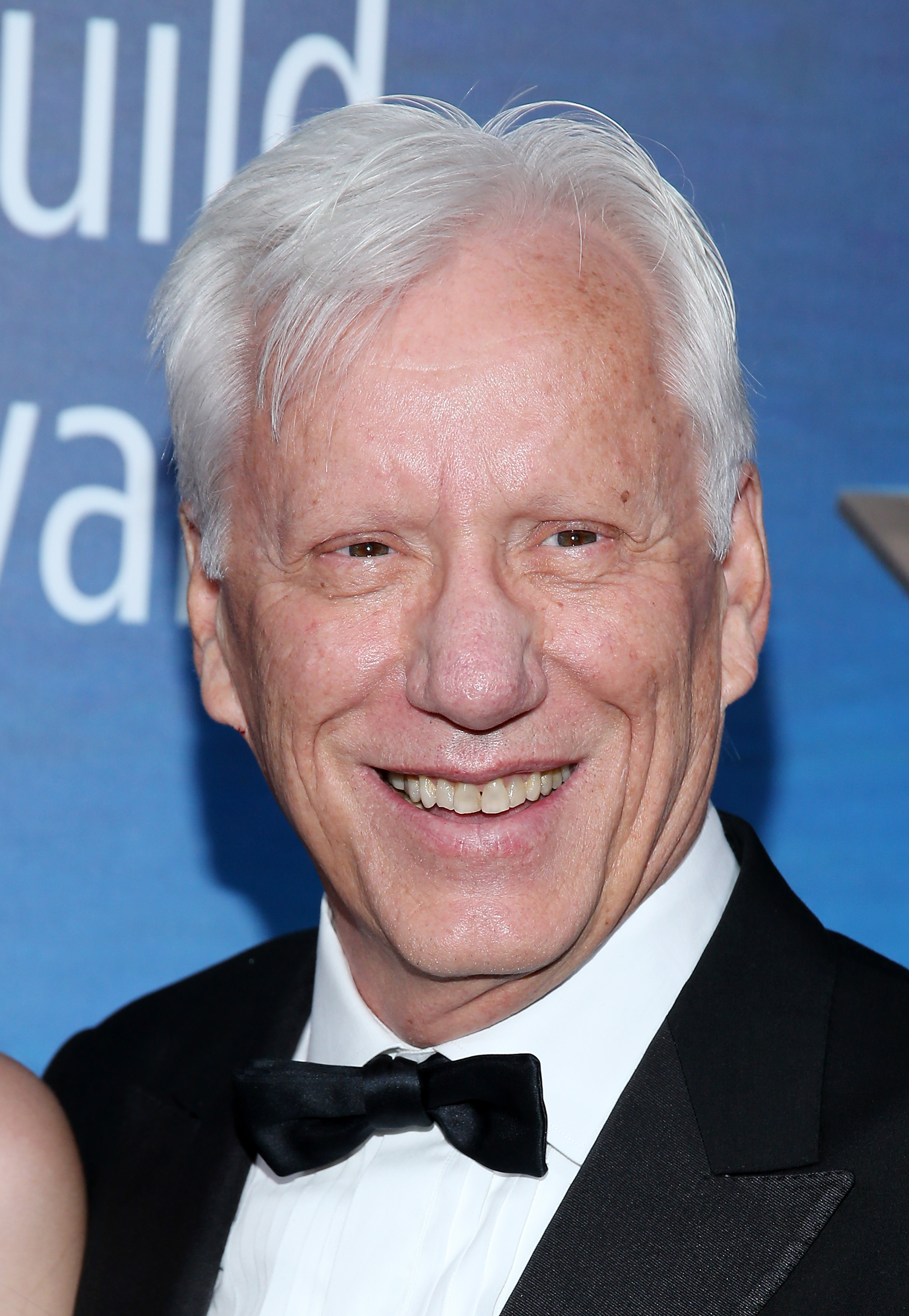 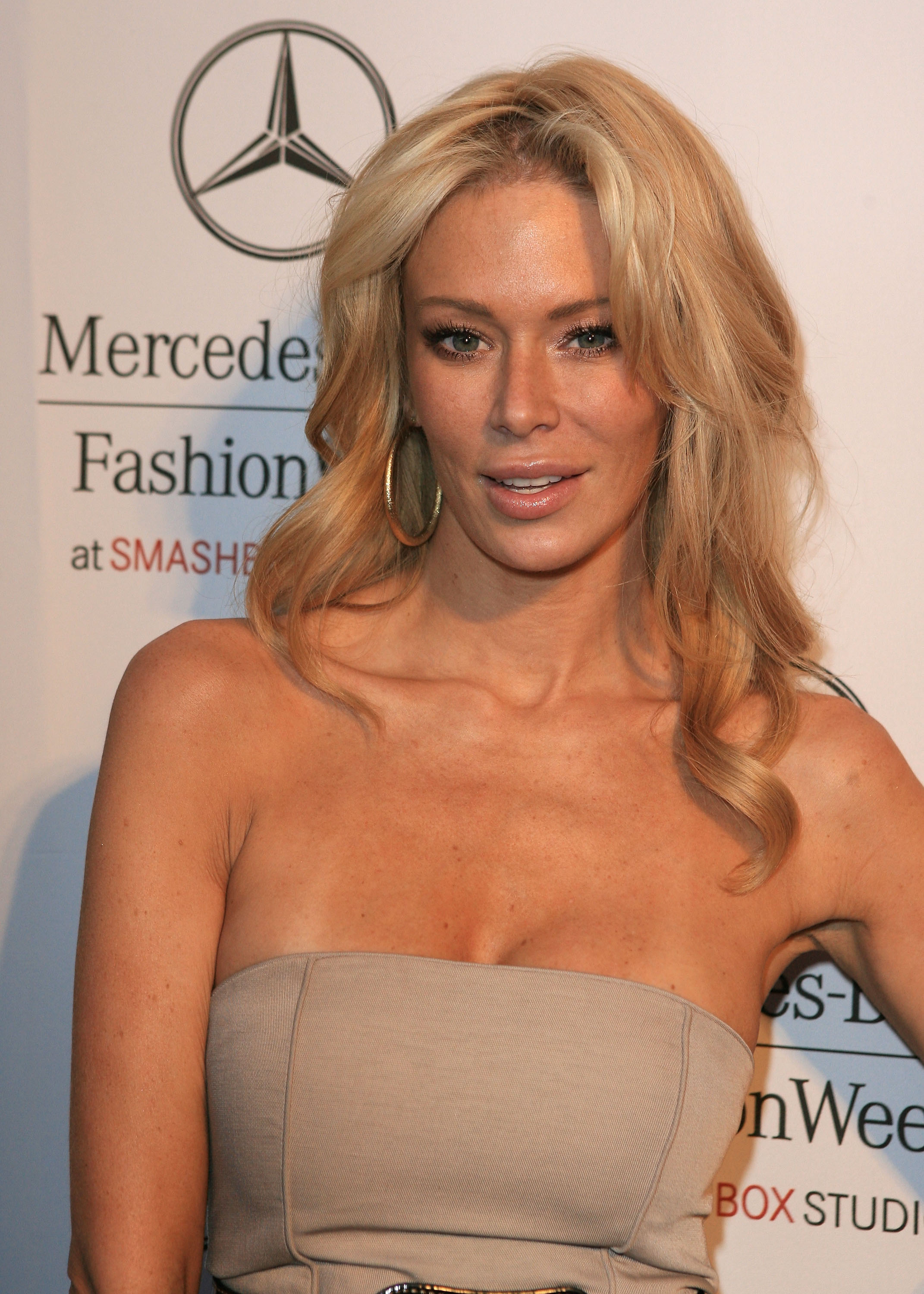 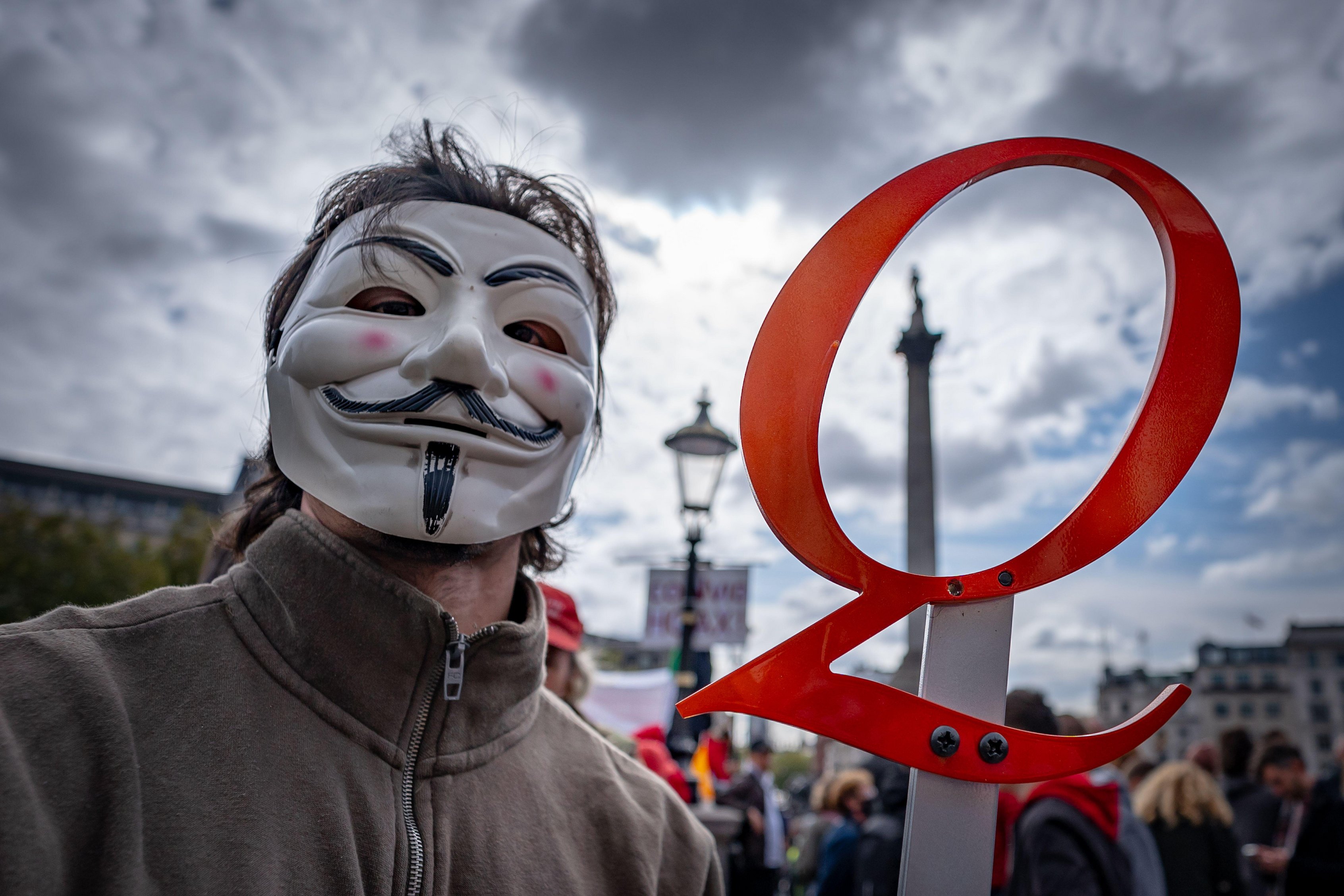 In 2018, Roseanne Tweeted an unsubstantiated claim that President Trump was breaking up child “trafficking rings in high places everywhere”.

James Woods, who has 2.6 million Twitter followers, posted a conspiracy this week about Joe Biden wearing a wire during his debate with the President.

On July 4th, Mike Flynn, the president’s first national security adviser, Mike Flynn, posted a video to Twitter that said, "Where we go one, we go all!”

The phrase is used by QAnon supporters.

Travis View, a QAnon researcher and host of the QAnon Anonymous podcast, told The Sun: “This book in Hillary's photo plays into the QAnon belief that they can look behind the scenes of power and decode hidden meaning.

“They do believe that if they find devil imagery then they’ve found evidence of a crime.

“It’s crazy, ridiculous, ludicrous, but it doesn’t stop people falling for it.

“Hillary shouldn’t worry about what books she has in her study. She really doesn’t need to cater to people’s delusions.” 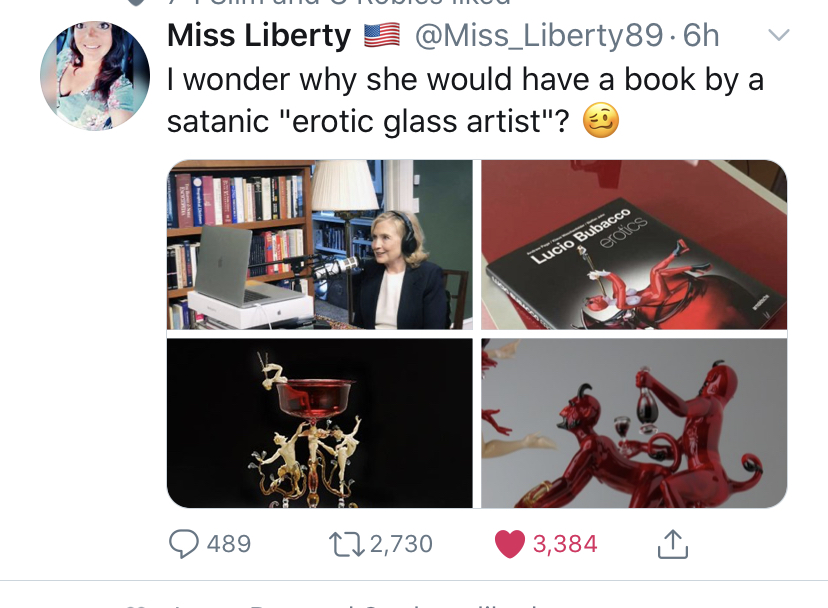 He added: “I hope we aren’t getting to a situation like how architects don’t put 13th floors in buildings because of people’s superstitions.

“If we have to start thinking about QAnon theories more and more in our lives and how to avoid it, it will be very worrying.

“Sadly, I think though this conspiracy theory is going to be around for a generation and if Trump wins the election the movement will explode.

“If he loses, it will get more radical. They’ll convince themselves there was a conspiracy against him and them.

“Either way, it’s here to stay. It really is amazing how it has caught on and a lot of it is down to the social media giants. They need to do more to stop it.”

Joe Szimhart, cult information specialist and QAnon debunker, said: “This just shows this thing is getting out of control.

“Seeing Trump as an agent to prevent a left-wing cabal taking over the United States is ridiculous.

“It plays into people’s fears about mind games and being manipulated, hidden signs such as the ‘all-seeing eye’ on the dollar bill, that kind of thing.

“The Founding Fathers said the country needs a solid education. Americans need to be able to think with reason so they can these things aren't hidden symbols. The truth is they don't mean anything.

“If we’re going to fight this, it has to be through education.” 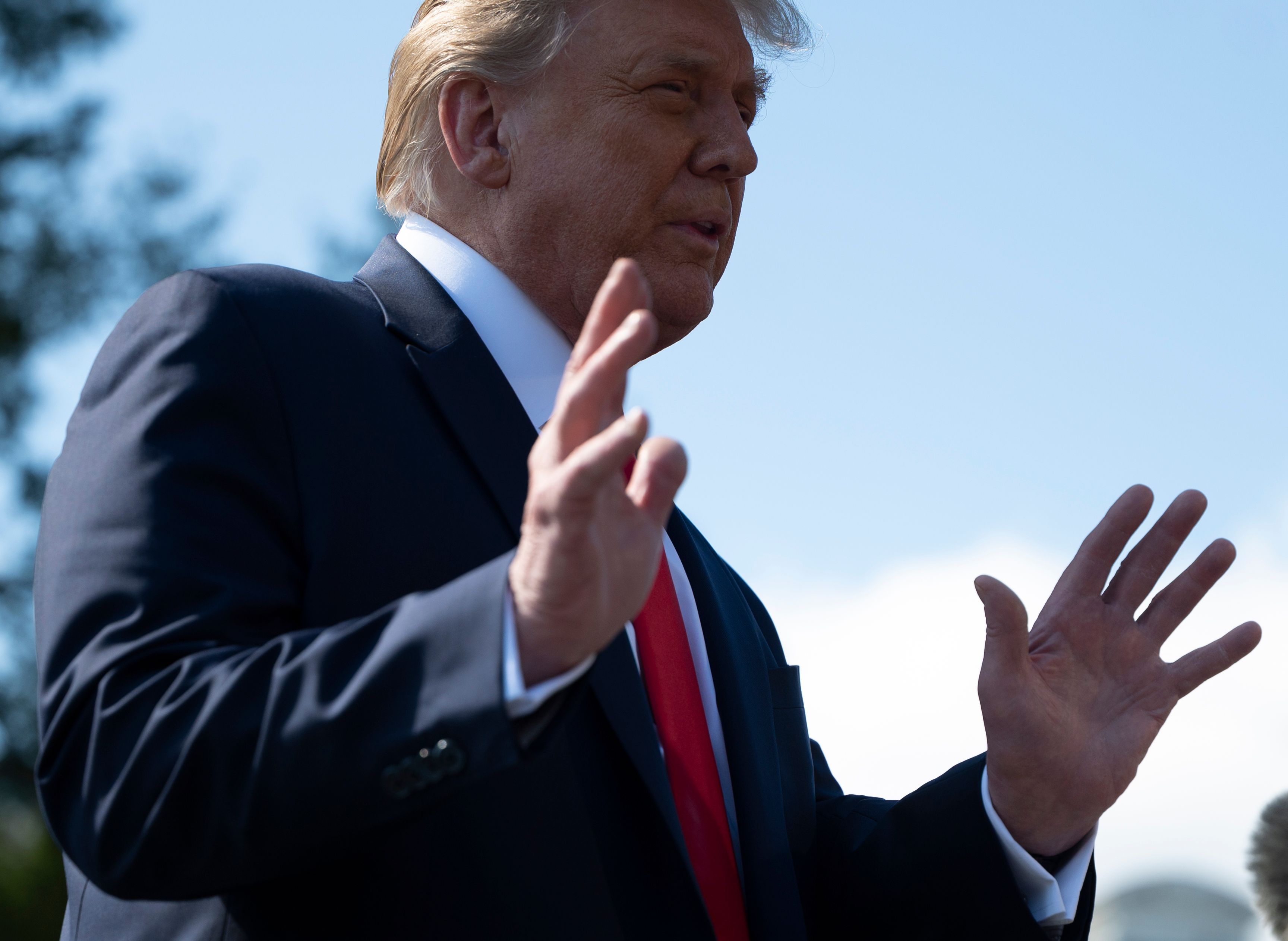 Asked about QAnon in August, President Trump said: “I understand they like me very much, which I appreciate. But I don’t know much about the movement.”

“I'd recommend the people who believe it maybe should take advantage, while it still exists, of the Affordable Care Act,” he said.

Lucio Bubacco has been a master glassmaker since the 1980s and his works include angels and horses, not just devils, which are admired by collectors around the world.

His website explains he likes to use images from the "mythological past when sexuality was not political but spiritual".

The Sun approached representatives for Hillary Clinton for comment.