Heston Blumenthal has unveiled a new recipe which contains pebbles and rocks.

The experimental chef revealed the new soup dish on his podcast Heston’s Pod & Chips, and said he became inspired to use the rock because it contains silica – which can be used as a thickening agent.

According to Blumenthal, he came up with the recipe while at his house in Provence and trialled several rocks before finding his perfect recipe. 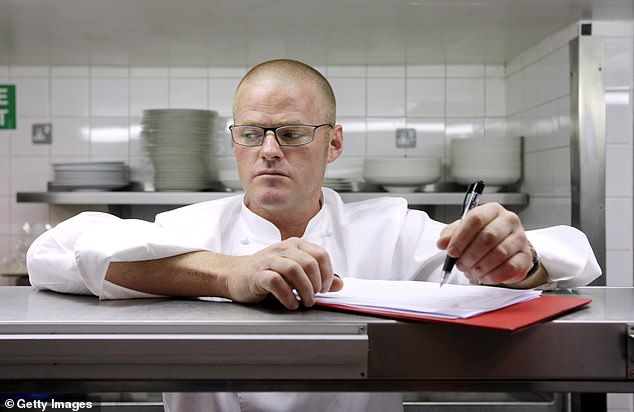 ‘I got gravels and pebbles and rock and stuck it in a pan,’ Blumenthal told the Telegraph.

‘I washed them first and put them in a pan with green beans, no salt, and they came out really green.

‘It was a rather successful experiment. So the next time I made the soup I just chucked loads of pebbles in it.’

The soup is the latest in a long line of bizarre creations from Blumenthal, who has created dishes such as his infamous snail porridge and liquid nitrogen ice cream. 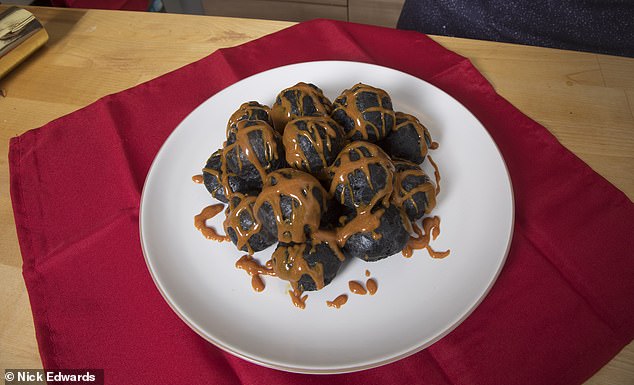 The chef has previously come up with dishes like the Heston Profiter’coals, that featured in Heston Blumenthal’s Christmas 2018 range at Waitrose

But, far from being a gimmick, the chef claims his latest recipe really works and leaves the soup with ‘no bitterness at all’.

Blumenthal also told the podcast how he licked a sloth poo while on a trip to the Natural History Museum.

He had been exploring the possibility of retelling the story of evolution through cooking when he stumbled upon the ancient waste, which he claimed was ‘10,000 years old’.

After trying it he said the poo had ‘no taste’ and he decided not to use it in his kitchen.