Firefighters raced to Brevard Zoo in Florida yesterday after the girl fell into the rhino pen when a "hands on experience" offered at the attraction went badly wrong. 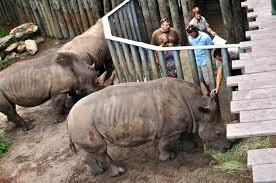 Her parents then leaped into the enclosure to rescue her when a rhino turned and pinned the child against a wall with its snout, according to emergency services.

Zoo spokesman Elliot Zirulnik told the site: "According to witnesses, the child stumbled and fell in between two of the poles and at this point, the snout of at least one of rhinoceroses made contact with the child."

The audio of emergency calls obtained by News6 revealed the youngster was pinned up against the exhibit wall but was conscious.

She had been taking part in an educational session when she fell between the bars of the enclosure and into the yard, orlando.com reported. 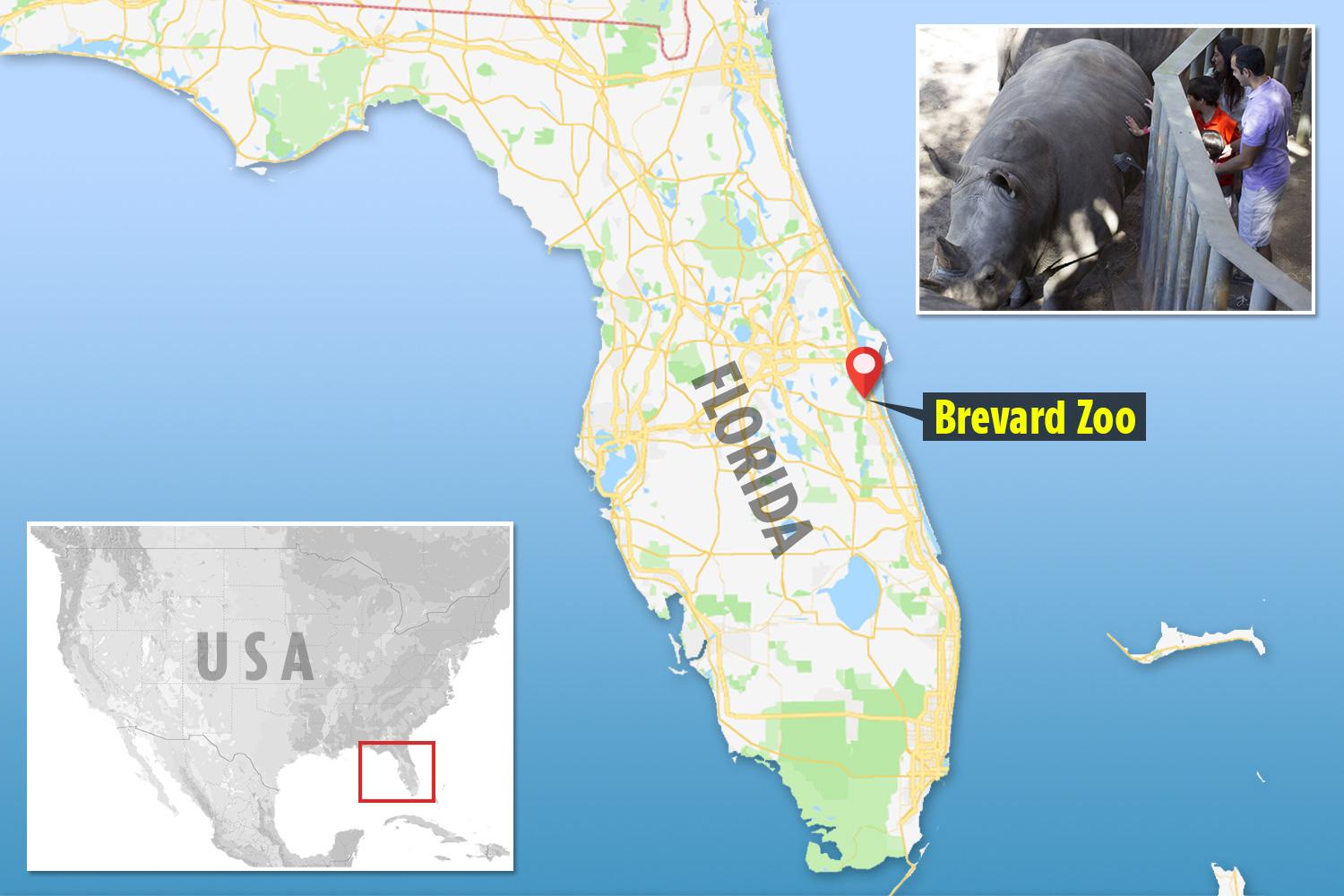 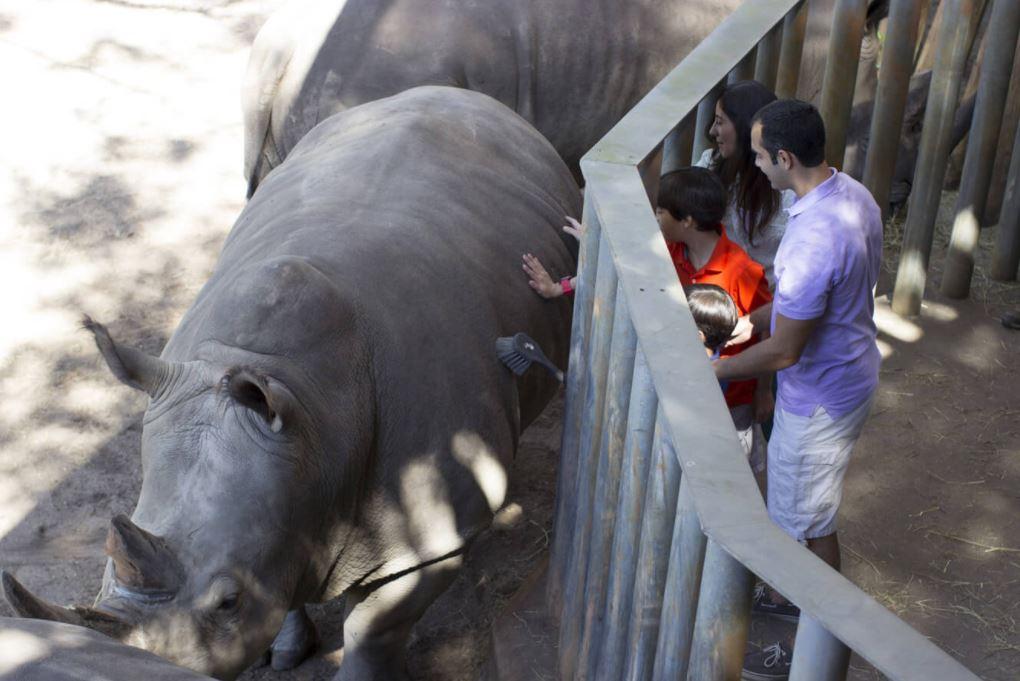 Her father rushed into the yard to rescue her before medics flew her to Arnold Palmer Children's Hospital in Orlando.

Her mum was also taken to a medical centre for treatment, where she sustained non-critical arm injuries.

Her dad later released a statement saying: "Today has been a trying day for our family. We're thankful to everyone who has reached out with their concerns. Our daughter is in good care at Arnold Palmer Hospital and is doing well.

"My wife was also treated for her injury and has been released from the hospital. At this time, we ask for privacy as we focus on our daughter's recovery."

Howard, who weighs 5,200lbs, joined the pack in October, according to the zoo. The horned animals can weigh up to four tonnes and measure up to 6ft in length.

On the zoo's website, visitors can purchase a "rhino encounter" for £20 – which comes under a "special experiences" banner. 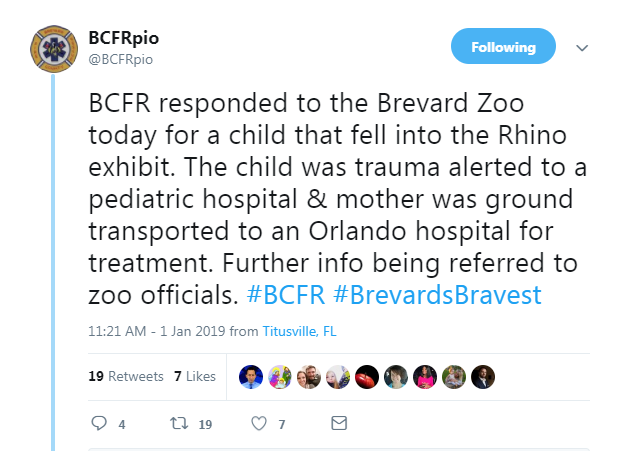 Witness Lori Becker told a local broadcaster she was nearby when the incident occurred and sparked chaos among visitors and staff.

She said: "I was actually kayaking around the rhino exhibit when it happened. They have barriers to protect them, so I don't know how this happened."

Zoo spokesman Mr Zirulnik said the zoo had "offered this experience daily without incident since 2009".

Executive director Keith Winsten added: “Our number one concern is the safety and welfare of our guests, and our hearts go out to the family.

“Safety has always been of paramount importance to us and we are suspending these encounters until we have thoroughly reviewed our processes and procedures to ensure this cannot happen again.”