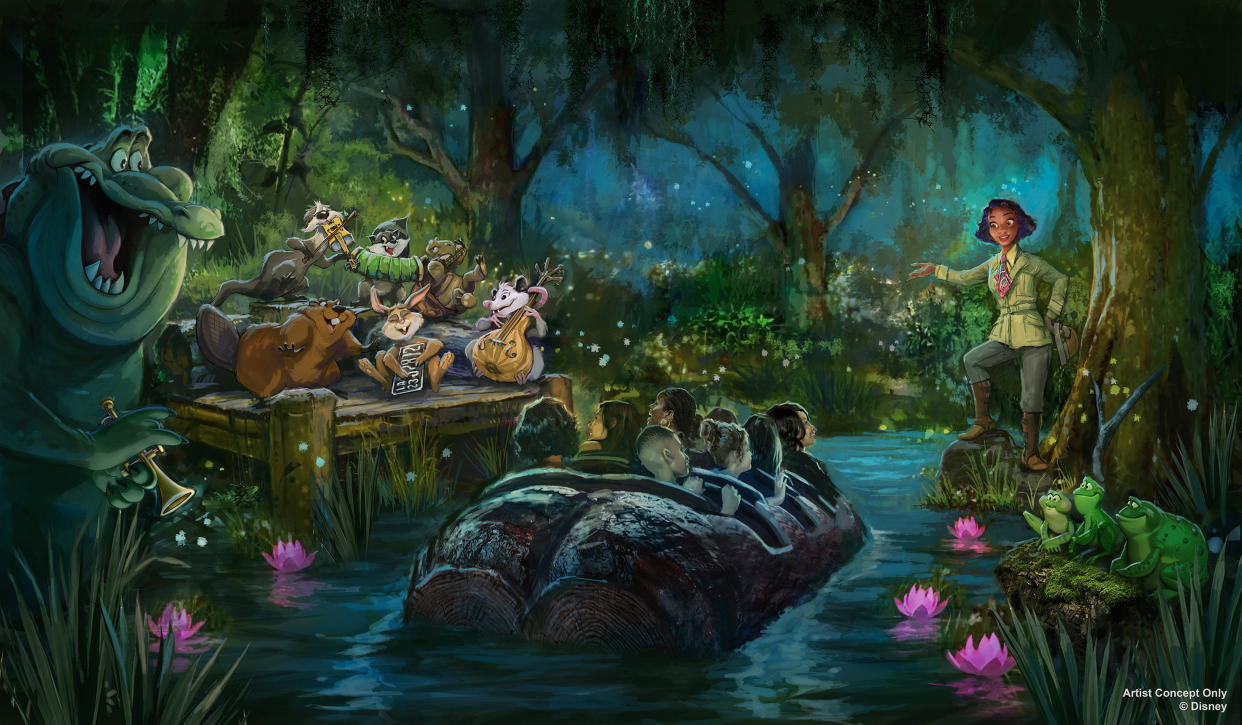 Splash Mountain will soon be one more relic of Disney's past.

Disney is moving closer to remodeling its flume ride at both Disneyland in Anaheim, Calif., and Walt Disney World in Orlando, Fla., as Tiana's Bayou Adventure; that's Princess Tiana, the company's first Black princess, and the central character of the 2009 movie The Princess and the Frog.

On Friday, the company released new concept art of what the adventure will look like. They announced that Splash Mountain at Disney World will close on Jan. 23, 2023, as it undergoes the transformation. Both theme parks are expected to debut the revamped ride by the end of next year.

Carmen Smith, a senior vice president at the company who oversees creative development and inclusive strategies, explained the colorful image.

"This new scene is the thrilling moment you first drop into the bayou and encounter some friends both new and familiar," Smith said. "As you can see here, fireflies will light up the night and invite you deeper into the bayou … almost like they're waving you forward. What you can't tell from this rendering — so you'll just have to trust me on this one — is that beautiful zydeco music will fill the air." 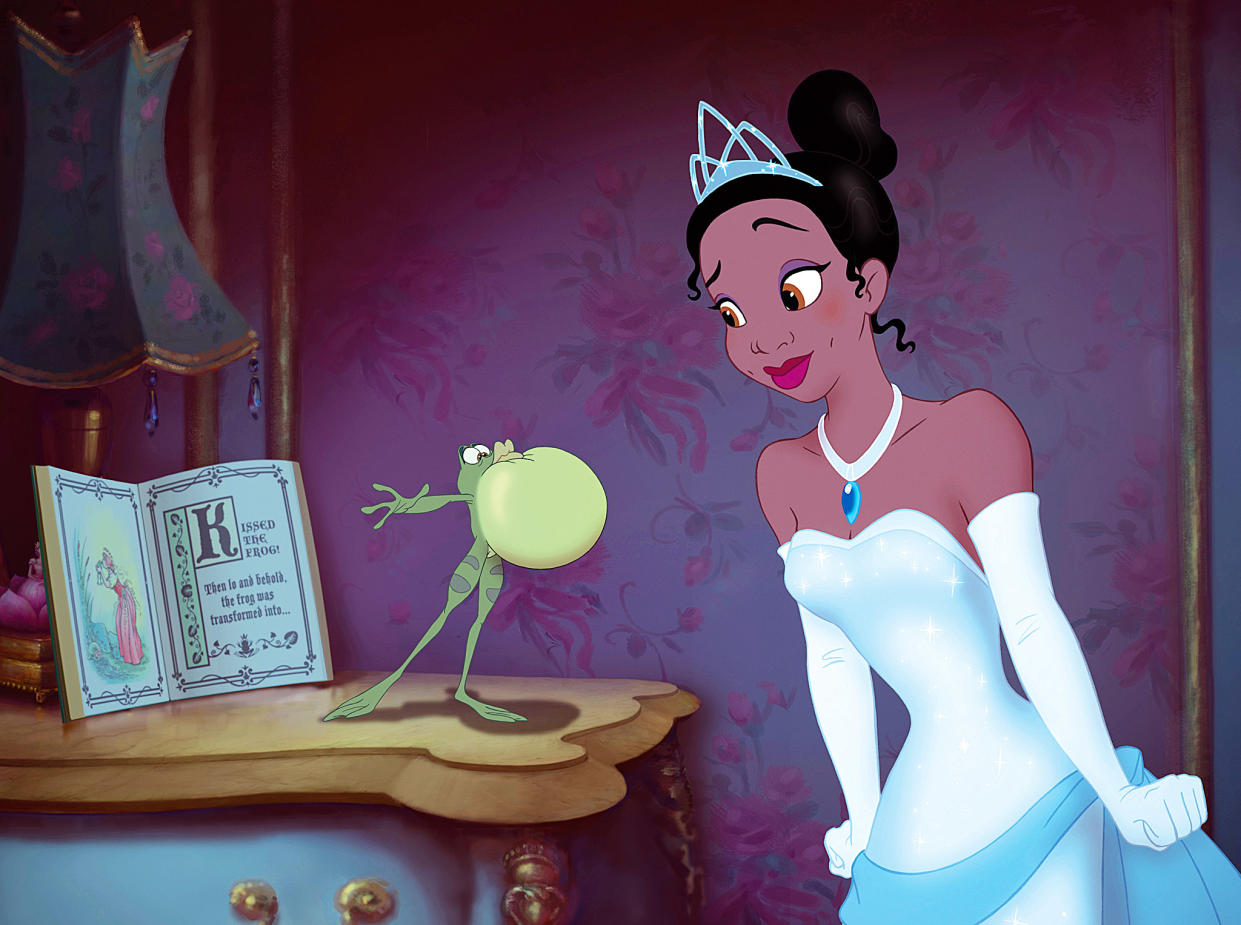 The story, which takes places just after the events of the movie, is that Tiana and Louis the alligator are collaborating to throw a big party for the people of New Orleans during — what else? — carnival season.

Disney Imagineers even visited the Crescent City in the name of research. 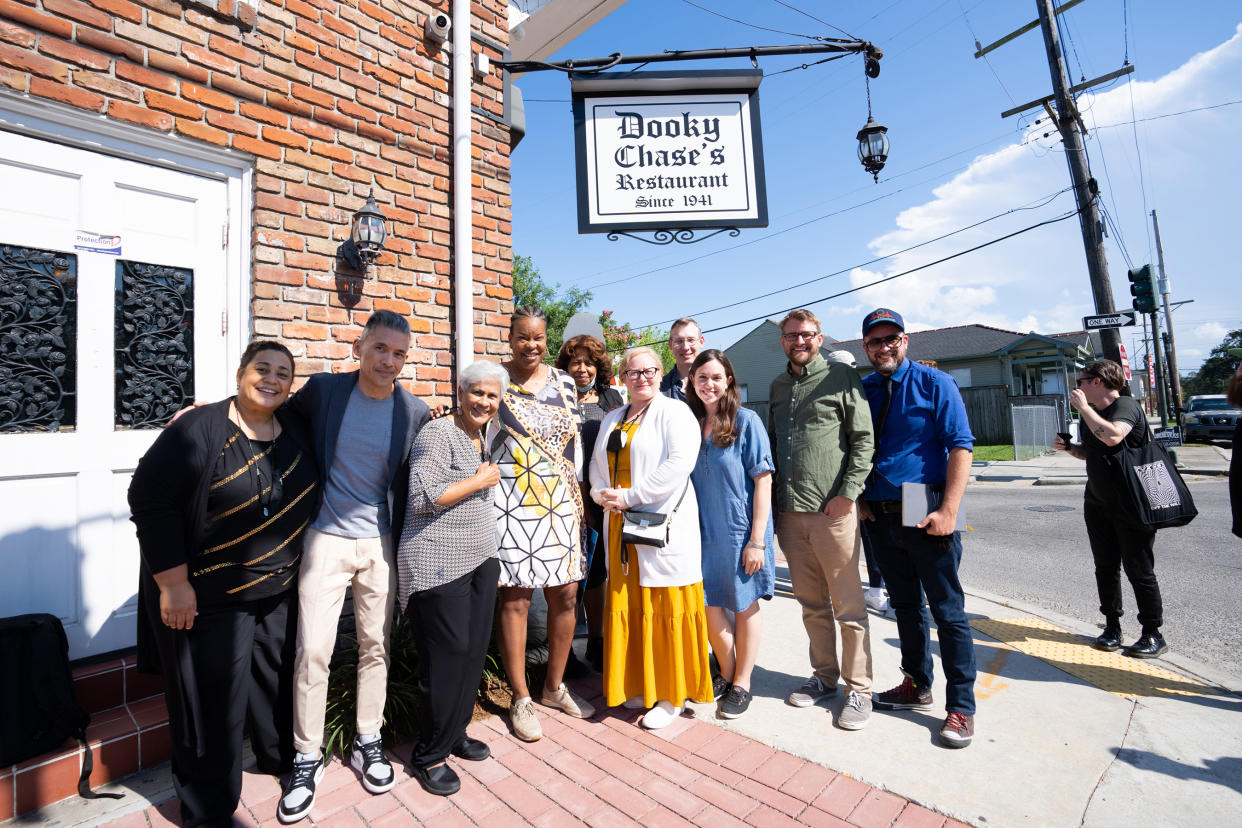 Louis will be the one to tell guests where the music is coming from. The about-to-be-soaked guests also will meet some of the princess's new friends, including an otter, a rabbit, a raccoon, a beaver and a turtle, who sing and play instruments made of objects they found in the bayou.

"Like so many musical genres, zydeco brings together the sounds and styles of many cultures," Smith said. "We wanted that spirit reflected in this scene (and throughout the attraction) so that all our guests feel welcome to join in the celebration. It's emblematic of what we're always striving for with our attractions — bringing people of different backgrounds together through timeless Disney stories. This new musical adventure provides us with a song sheet to write that concept into reality." 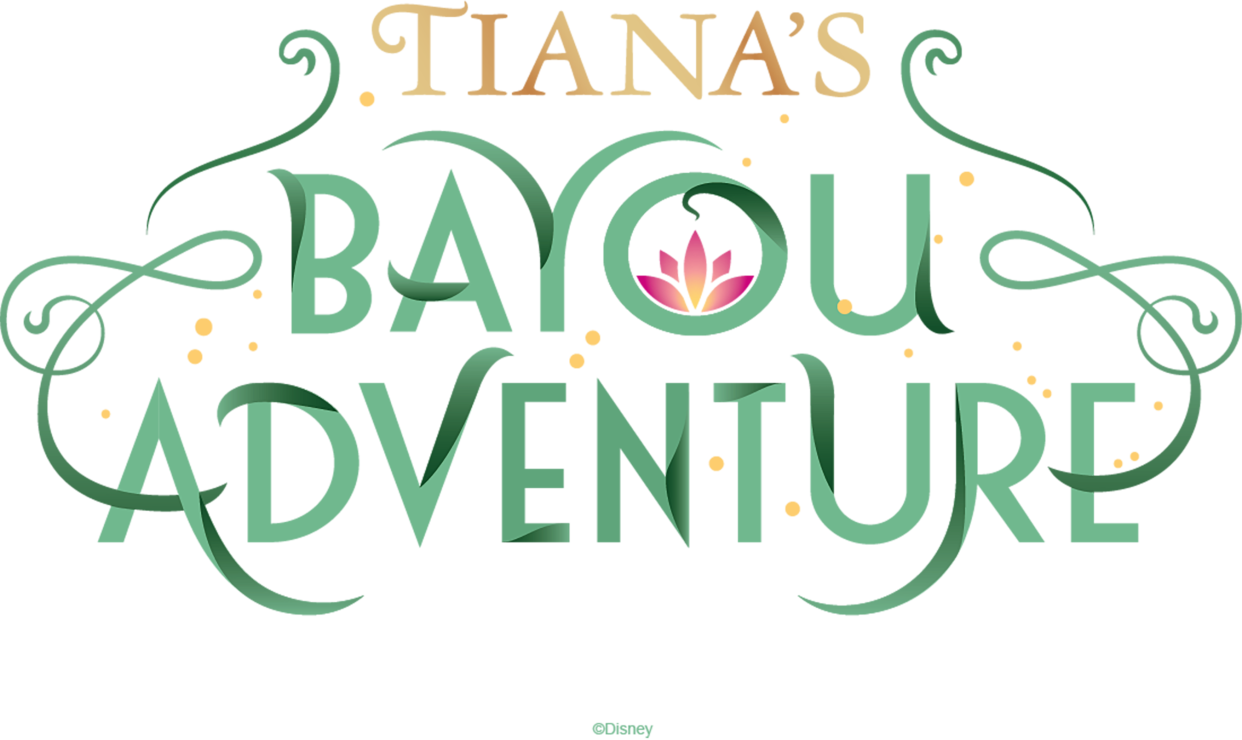 Smith teased that when the ride is transformed, "you'll feel like you’ve truly stepped into Tiana's world."

Until now, Splash Mountain was based on animated characters from its 1946 movie Song of the South, which has long been criticized for its stereotypical depictions of Black people and for its rosy view of their life in America after slavery. The movie is so reviled that it has never been released for home viewing.

However, Song of the South was given new life in 1989, when Splash Mountain first rolled at the California theme park. It opened at the Magic Kingdom in 1992. The movie's Oscar-winning theme song "Zip-A-Dee-Doo-Dah" has played and characters Brer Rabbit, Brer Fox and Brer Bear have chased one another there ever since. Disney announced in June 2020, as the George Floyd protests were underway, that it had been working on the "inclusive" change for a year or more.