The Melbourne truck driver who inadvertently spread COVID-19 into regional Victoria when he unlawfully stopped to eat at a cafe in Kilmore and travelled to Shepparton without telling contact tracers has been fined for his actions.

Victoria Police confirmed on Thursday that a $1652 fine has been issued to the man. 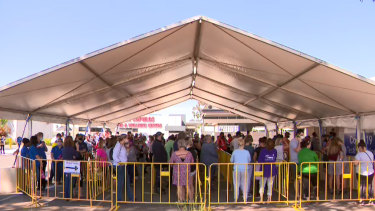 The truck driver, a family member of an employee infected in an outbreak at The Butcher Club in Chadstone, sparked a cluster in Kilmore after dining inside the Oddfellows Cafe at the end of September.

Under his permitted worker status, the man was allowed to travel outside Melbourne, but not sit in a cafe to eat.

The Kilmore outbreak grew to six cases in total, while there were three cases linked in Shepparton.

"It is obviously hugely concerning that the information about the Shepparton stop wasn't divulged at the time that we were dealing with Kilmore 10 to 12 days ago," Victoria's testing commander Jeroen Weimar said at the time.

"Had we had that information at the time we could have jumped on the Shepparton situation much more quickly.” 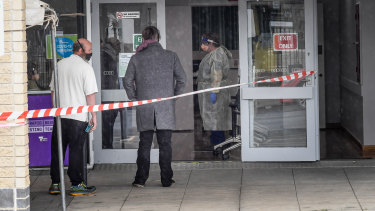 Chief Commissioner Shane Patton confirmed the fine had been issued on October 17.

Mr Patton said investigators had determined the fine for dining in was “the most appropriate outcome”.

“He’s been given the infringement, he’s been interviewed by us, we’ve explored what we could and couldn’t prove,” he told radio station 3AW.

“He was interviewed and he was remorseful, I was told.”

As of Wednesday there are no longer any active cases of COVID-19 in regional Victoria.

Premier Daniel Andrews has previously stated that fining people retrospectively may dissuade people from being truthful with contact tracers.