HUGE parts of Britain are at risk of going into a Tier 3 lockdown including South Yorkshire, West Yorkshire, Nottinghamshire, the North East and Teesside, Matt Hancock has revealed.

Talks are expected between the Government and local leaders in all the regions this week, and decisions for more measures could come in days. 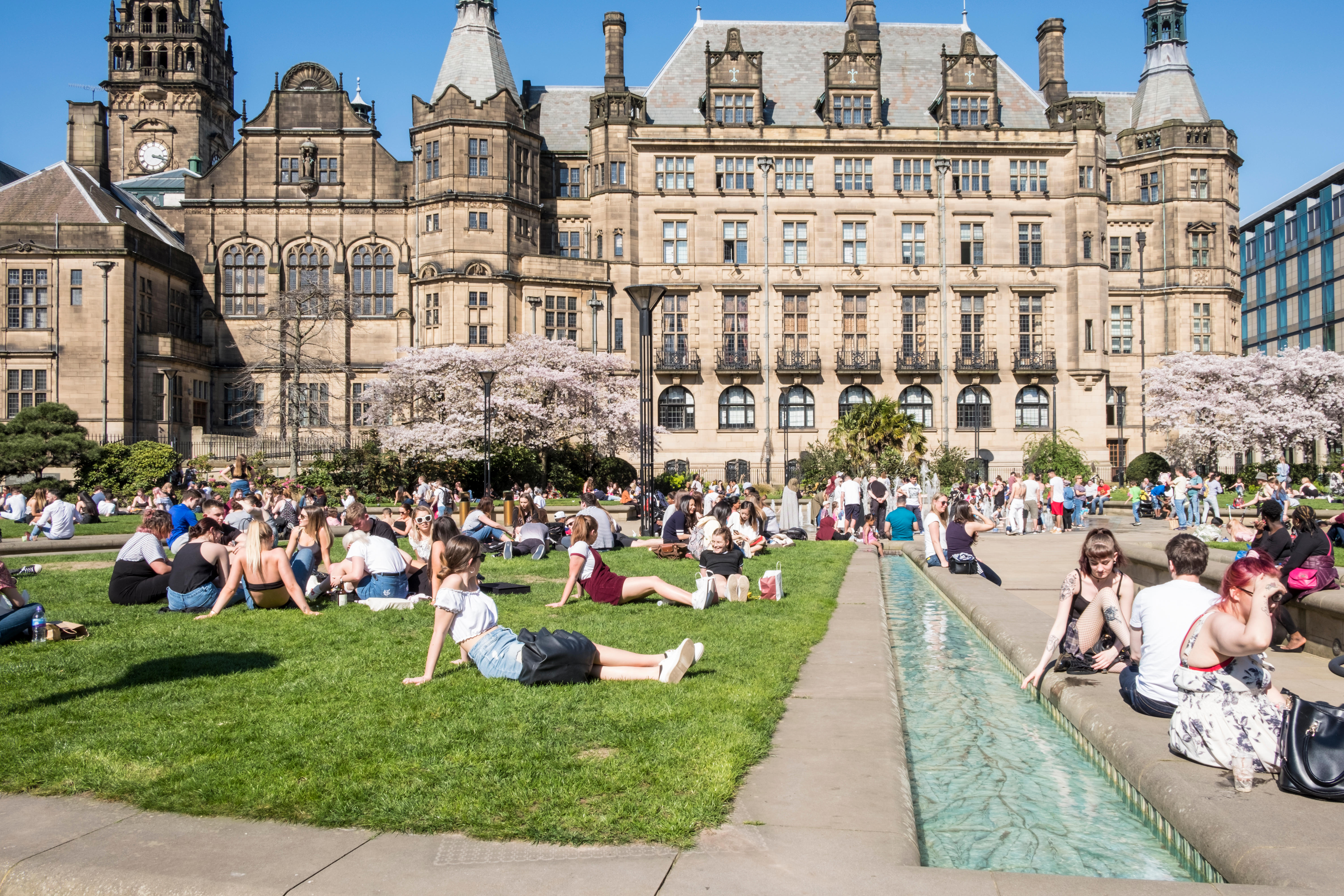 Any new restrictions – or move into a higher tier – will come with extra cash for the region to help them deal with new rules.

Sheffield is today in talks with No10 about moving into a Tier 3 lockdown as cases rise across the region.

The city's Mayor, Dan Jarvis, confirmed that local leaders were in discussions with Downing Street today to "make sure Covid restrictions and proper support go hand in hand".

Sources in Sheffield said talks were still ongoing and no announcements are expected until the end of the week.

Nottingham currently has the highest two-week case rate in Britain, with 1,310 per 100,000 people, and the infection rate in Sheffield is up to 440 – nearly on par with Manchester and Liverpool.

Bradford also recorded more than 350 cases per 100,000 people in the week ending October 13, and York and Kirklees cases are also rising.

It was reported that around £44m of help was secured for Liverpool.

Bars and pubs which can't serve food will be forced to shut shop – along with some indoor venues like gyms.

No10 said this lunchtime: "The conversations with the Mayor of Manchester and local leaders are continuing.

"We want to agree a way forward like we have done for Liverpool and Lancashire."

Lancashire and the Liverpool City Region has already gone into the top tier of rules – and Greater Manchester is in talks with the Government too.

But the Mayor Andy Burnham has been dragging his feet, holding out for more cash from the Chancellor for businesses which have to close.

The Northern city now looks to be forced into a Tier three lockdown without his consent as it gets close to running out of emergency hospital beds and becoming overwhelmed.

Today he slapped down Boris Johnson's offer of up to £100million of extra cash for the region – saying it wasn't about "the size of the cheque".

Downing Street warned today the situation was looking grave for the region.

According to their own internal modelling, Greater Manchester’s intensive care capacity could be overwhelmed with Covid-19 cases by November 12.

This includes all the surge capacity in hospitals but not the NHS Nightingales, wich are still on stand-by to reopen.

Cases in the over 60 age group in Greater Manchester have tripled in the most recent two week period, No10 said today, and hospital admissions are doubling every nine days.

Currently the number of Covid patients in intensive care is at 40 per cen of the number during the first peak, but this is expected to "significantly rise over the next weeks", the PM's spokesperson said.

They predicted that intensive care would be full by 28 October, and the first peak would be passed by November 2.

Covid patients could take up the entire intensive care capacity in the region by 8 November.

If an agreement cannot be reached the Government will need to intervene "in order to protect hospitals and save the lives of residents", No10 added.

Mr Burnham told Sky News this morning that "nothing has changed" and he still has yet to see a financial package he was happy with.

It has been reported the Government has offered tens of millions of pounds to the local councils – similar to in other regions – to try and help seal the deal.