A writer of satire might find mild inspiration in the Albanese government’s forging of a new national cultural policy.

Roll ’em up folks, Labor’s at the helm and that inevitably means it’s time to launch a defining arts manifesto. A manifesto that will rev the economy, sharpen Australia’s soft power in the region and beyond, nail reconciliation with First Nations, repair a society fractured from COVID’s disruption, and generally reach for the stars. 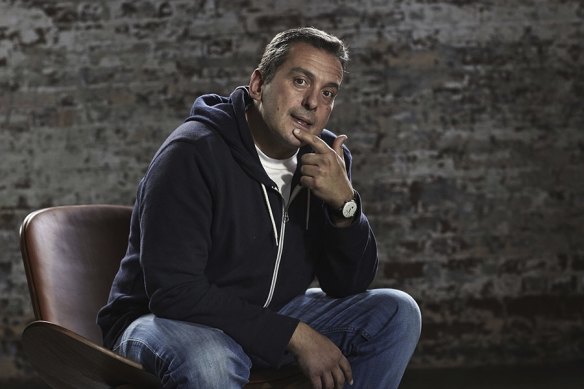 Christos Tsiolkas has been appointed to a new expert advisory group that will help steer the federal government’s new national cultural policy.Credit:John Tsiavis

The ambition is big, and the architecture assembled to get there, substantial too. A seven-person expert advisory group will give the government “overarching strategic advice” on a “whole-of-government” policy, as Arts Minister Tony Burke has described it. The group includes novelist Christos Tsiolkas, arts philanthropist Janet Holmes a Court, and historian and author Clare Wright, which, as casting goes, is a near-perfect combination of rigour, nous and flair. It will sit atop five review panels, each consisting of three figures from the cultural sphere, to “identify key issues and themes” raised through public consultations and 1200 public submissions, before tabling its report by December.

The government is hoping to have legislation drafted by the first half of 2023. A deadline is a good idea considering the Gillard government’s Creative Australia — the sequel to the Keating government’s economically rationalist, Creative Nation— was six years in the making. Only to be scrapped within six months of the Coalition winning the 2013 election.

If this is sounding like a cynical takedown, nothing could be further from the truth. All too often during the past decade, cultural production was a site for the culture wars, exacting a heavy toll on the nation’s economy, not to mention its psyche.

The Australia Council was gutted of $105 million over four years, bringing literary journal Meanjin and Melbourne’s Centre for Contemporary Photography to their knees.

In 2019 the arts portfolio was abolished and funding decisions moved to the Department of Infrastructure, Transport, Regional Development and Communications — a move that spoke volumes about the Morrison government’s hostility to a $100 billion-plus industry.

And then came COVID. The arts sector has been disproportionately impacted by the pandemic lockdowns, with jobs, income, and businesses wiped out; industry body Live Performance Australia estimates the pandemic cost the live entertainment industry $1.4 billion in 2020 alone. And yet after two years of anxiety and isolations, Australians need the restorative power of the arts more than ever.

The new policy will reportedly be based on the five pillars of the Creative Australia policy, and that appears a sensible starting point. Each of those pillars throws up unique challenges and opportunities.

One obvious question is whether the government will provide the funding to match the grand ambition, but first that vision needs to be articulated. The Age welcomes the prompt start to the process, and the refreshing change in tone from Canberra.

The challenges are daunting, but as every artist knows, the critical bit is showing up. The Albanese government is to be commended for doing that.