Government broke the law by awarding £500,000 contract to firm whose bosses were friends of Dominic Cummings, High Court judge rules

A Government decision to award a contract to a company whose bosses were friends of adviser Dominic Cummings was unlawful, a High Court judge has ruled.

Campaigners took legal action against the Cabinet Office over the decision to pay more than £500,000 of taxpayers’ money to market research firm Public First, following the start of the coronavirus crisis in March 2020, and questioned the involvement of Mr Cummings.

Lawyers representing the Good Law Project said Mr Cummings, Boris Johnson’s then-chief adviser, wanted focus group and communications support services work to be given to a company whose bosses were his friends.

Mrs Justice O’Farrell, who is based in London, considered rival arguments at a virtual High Court hearing in February and delivered a ruling on Wednesday.

She said: ‘The claimant is entitled to a declaration that the decision of 5 June 2020 to award the contract to Public First gave rise to apparent bias and was unlawful.’ 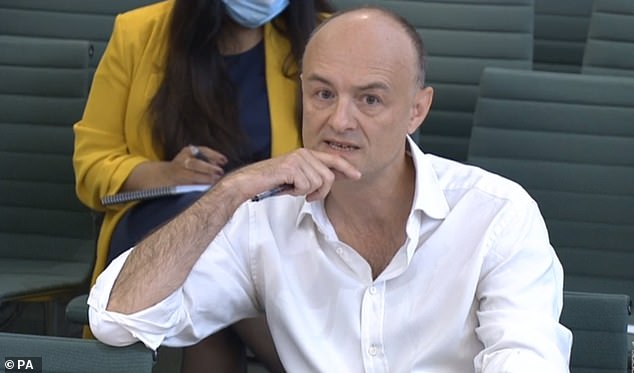 Campaigners took legal action against the Cabinet Office over the decision to pay more than £500,000 of taxpayers’ money to market research firm Public First, following the start of the coronavirus crisis in March 2020, and questioned the involvement of Mr Cummings (pictured) 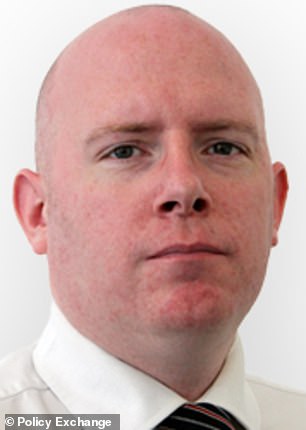 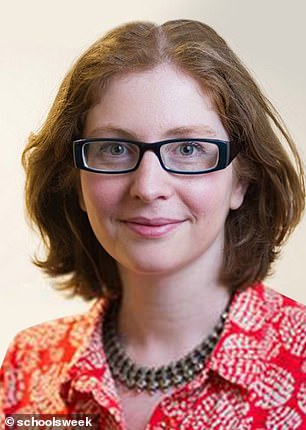 Its website claims to help companies created business ideas that can be used by governments.

The firm, based on Tufton Street in Westminster, is a stone’s throw away from the Houses of Parliament.

Dominic Cummings previously said he was friends with people involved with Public First, including director James Frayne. But he said he had not met Mr Frayne since 2016.

He said: ‘James Frayne and I worked on the euro campaign 20 years ago, other political issues, and set up the campaign to fight the proposed formation of a regional assembly in north-east England in 2004.

‘I have talked to them extensively about focus groups and public opinion over many years.

‘I knew from my experience that Public First were very good at running focus groups and that its key staff had thought extensively about how people who usually ignore most news and political communication think and might be influenced.’

‘We just don’t understand how the Prime Minister can run a Cabinet that acts without proper regard for the law or value for public money.

‘Government has claimed there was no favouritism in the awarding of contracts. But the High Court has held an informed observer would conclude otherwise.’

A spokesman for Public First said: ‘We’re deeply proud of the work we did in the early stages of the pandemic, which helped save lives.

‘The judge rejected most of the Good Law Project’s claims, not finding actual bias in the awarding of this work, nor any problems with the pace or scale of the award.

‘Rather, the judge found that weak internal processes gave rise to the appearance of bias.’

They added: ‘The judge made no criticism whatsoever of Public First anywhere in the judgment.’

Lawyers representing the Good Law Project told Mrs Justice O’Farrell a ‘fair-minded’ and ‘informed’ observer would conclude there was a ‘real possibility of bias’, and argued the decision was unlawful.

Lawyers representing the Cabinet Office told the judge Mr Cummings made a recommendation, not a decision, and the Good Law Project’s claim should be dismissed.

They said, during a national emergency, Mr Cummings ‘recommended a firm he knew could get the job done’.

Mr Cummings said he ‘obviously’ did not ask for Public First to be brought in because they were friends.

Barrister Jason Coppel QC, who represented the Good Law Project, had told the judge: ‘Public First was awarded this contract because Dominic Cummings wanted Public First to have this contract. No other provider was considered.’ 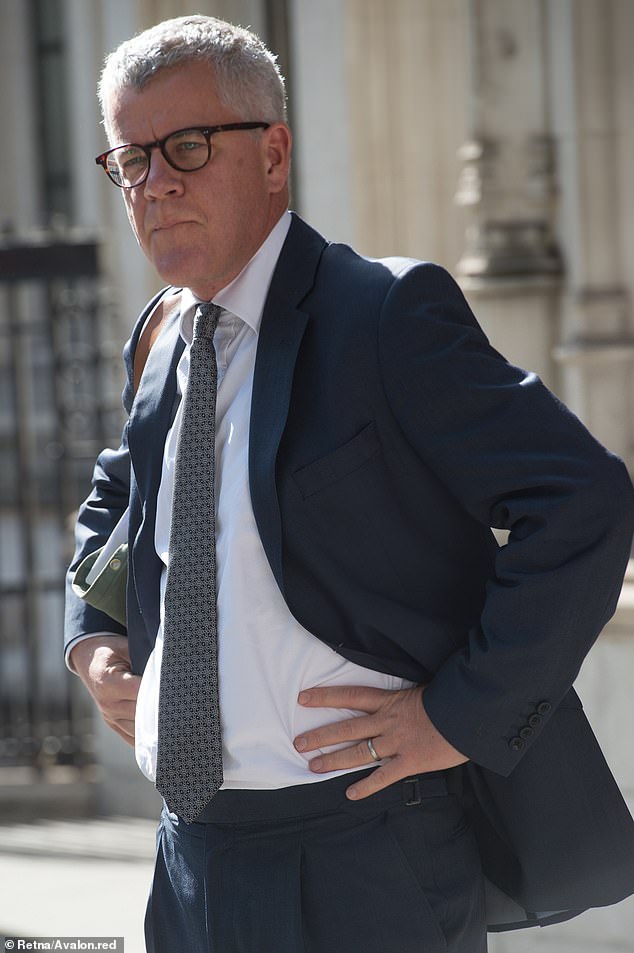 Mr Coppel said more than £500,000 had been spent and told the judge it was ‘not strictly necessary’ to award the contract to Public First without competition.

He said the current minister for the Cabinet Office is Michael Gove.

Mr Coppel said Public First is a ‘small research agency’ whose directors and owners are Rachel Wolf and her husband, James Frayne.

He said the couple have ‘long-standing personal relationships’ with both Mr Cummings and Mr Gove.

Mr Coppel added: ‘The fair-minded and informed observer would conclude that there was a real possibility of bias: it was Mr Cummings who decided, without giving any consideration to alternative providers, that work valued at hundreds of thousands of pounds of public money should be given to his friends.’

Mr Cummings did not give evidence at the hearing but outlined his position in a written witness statement seen by the judge.

He said the country was facing an emergency because of the coronavirus crisis and ‘the award of the contract without delay’ was ‘entirely justified’.

The judge said in her ruling: ‘The fair-minded and informed observer would have appreciated that there was an urgent need for research through focus groups on effective communications in response to the Covid-19 crisis and that those research services were required immediately.

‘The fair-minded and informed observer would have appreciated that it was vital that the results and conclusions from the research were reliable and that Mr Cummings was uniquely placed, given his experience and expertise, to form a rapid view on which organisation might best be able to deliver those urgent requirements.

‘His professional and personal connections with Public First did not preclude him from making an impartial assessment in this regard.’

She went on: ‘However, the defendant’s failure to consider any other research agency, by reference to experience, expertise, availability or capacity, would lead a fair-minded and informed observer to conclude that there was a real possibility, or a real danger, that the decision-maker was biased.

‘(The) claimant has established its case that the circumstances in which the contract was awarded to Public First gave rise to apparent bias.’ 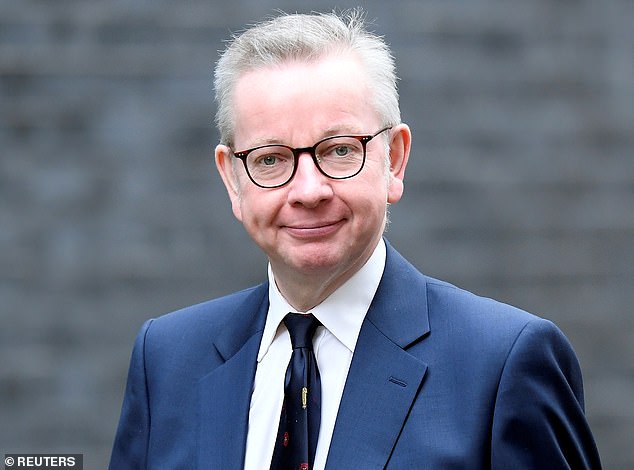 Mr Coppel said more than £500,000 had been spent and told the judge it was ‘not strictly necessary’ to award the contract to Public First without competition. He said the current minister for the Cabinet Office is Michael Gove (pictured)

A Good Law Project spokesman said: ‘Michael Gove had tried to argue that only Public First could carry out the contracted work and everyone was acting under pressure.

‘However, the High Court found that version of events ‘does not stand up to scrutiny’ and ”the time constraints … did not exonerate the defendant from conducting the procurement so as to demonstrate a fair and impartial process of selection”.

‘The truth, it said, is the Cabinet Office didn’t even consider whether to give the contract to anyone else.

‘Emails between civil servants revealed in the course of Good Law Project’s legal action revealed both Michael Gove and No 10 wanted contracts to be awarded to Public First.’

A Cabinet Office spokesman said: ‘We welcome the court’s ruling that we were entitled to award the contract on grounds of extreme urgency in response to an unprecedented global pandemic.

‘The judge recognised the very complex circumstances at the height of the pandemic and that failure to provide effective communications would have put public health at risk.

‘The judgment makes clear that there was no suggestion of actual bias and that the decision to award the contract was not due to any personal or professional connections.

‘Procedural issues raised in this judgment have already been addressed through the implementation of the independent Boardman review of procurement processes.’