Russian oligarchs’ multi-million pound mansions would be seized and used to house Ukrainian refugees under an extraordinary plan being championed by Michael Gove.

The Levelling Up Secretary has argued passionately in Cabinet that the move would be ‘payback’ for Russian President Vladimir Putin’s cronies in Britain.

His plan is being blocked by senior figures in the Treasury and the Foreign Office who believe it is ‘not legally workable’, but one supporter of the Gove scheme last night angrily described opponents within Government as ‘oligarch apologists’. 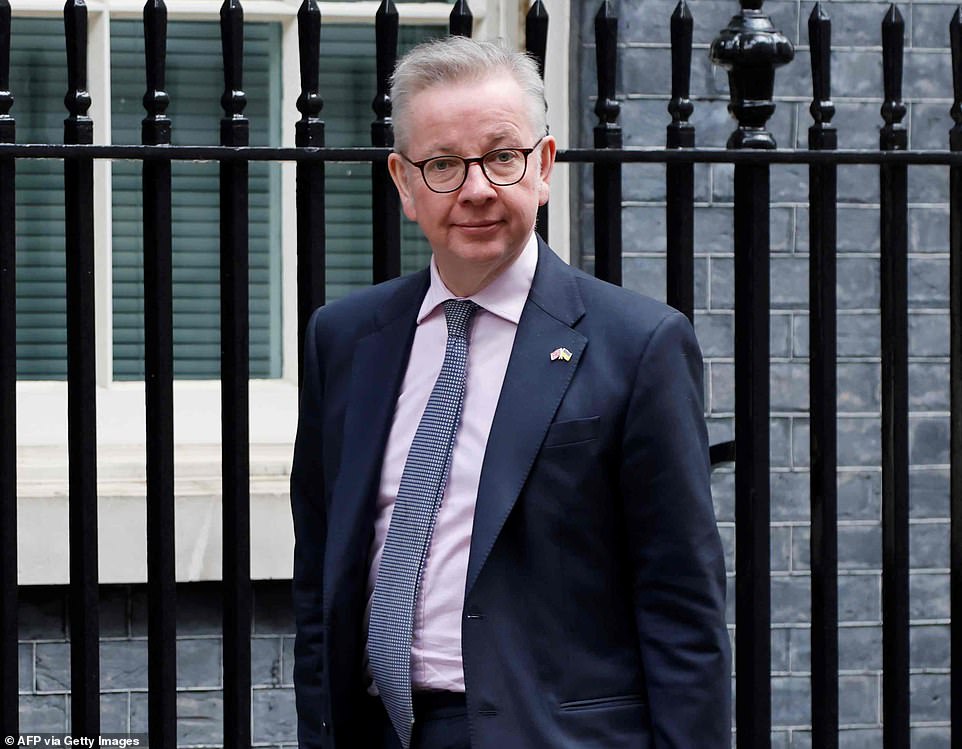 The row came as No 10 announced that ordinary families who house Ukrainian refugees will be paid £350 a month under a new ‘Homes for Ukraine’ scheme.

It’s hoped that tens of thousands of people will be accommodated under the scheme, helping to tackle Europe’s biggest refugee crisis since the Second World War. More than 2.3 million people have fled the war in Ukraine and another 1.9 million are displaced within the country, a United Nations official has said.

The plans come after the Home Office was heavily criticised for its ‘chaotic’ response to the humanitarian disaster.

In contrast, the British people have acted quickly and generously to help. The record-breaking Mail Force Ukraine Appeal has reached a remarkable £6.6 million alone.

In another grim day in Ukraine yesterday: 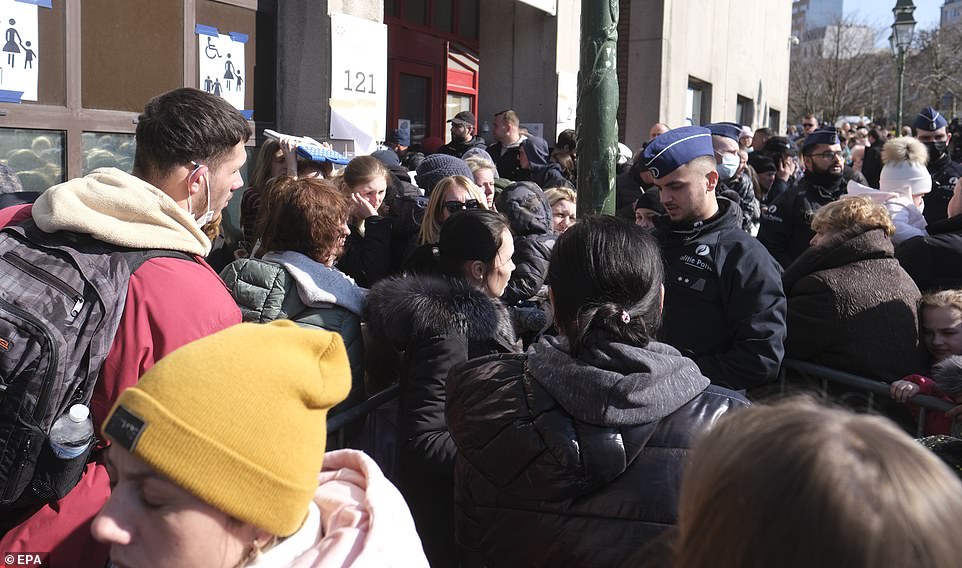 More than 2.3 million people have fled the war in Ukraine and another 1.9 million are displaced within the country

Mr Gove, who first raised the prospect of seizing oligarchs’ homes in Cabinet a fortnight ago, ran into opposition last week at the first meeting of a sub-committee looking into the UK’s refugee response. At the meeting, Foreign Office Minister James Cleverly and Treasury Minister John Glen expressed their departments’ reservations about the idea.

Last night, a backer of Mr Gove’s plan said: ‘The opposition is being led by oligarch apologists who hide behind the rule of law.’ But one of Mr Gove’s opponents said the plan is ‘not legally workable’ and condemned it as ‘gesture politics more suited to a banana republic’.

Under the ‘Homes for Ukraine’ scheme, sponsors who provide accommodation rent-free for a minimum of six months will receive a ‘thank you’ of £350 per month, however many refugees they take. Sponsored refugees will be granted three years leave to remain in the UK and be allowed to work and access public services.

Mr Gove said: ‘The crisis in Ukraine has sent shockwaves across the world. The UK stands behind Ukraine in their darkest hour and the British public understand the need to get as many people to safety as quickly as we can. I urge people across the country to join the national effort and offer support to our Ukrainian friends.’

A website will launch tomorrow to allow sponsors to register offers of accommodation. Those applying will be vetted and Ukrainians will undergo security checks. However, as The Mail on Sunday reports today, security chiefs have expressed concern at watering down visa requirements.

Home Secretary Priti Patel has been criticised over the slow rate of approval of visas for Ukrainian refugees, prompting Boris Johnson to demand an end to ‘hostile leaks’ from within her department.

But many organisations are already stepping up, such as London’s Great Ormond Street Hospital, which is set to receive ten children with cancer after they were whisked out of Ukraine in an extraordinary rescue mission.

Meanwhile, Chelsea Football Club was thrown a lifeline by the Government yesterday as officials agreed it could be sold by its sanctioned owner Roman Abramovich.

And amid calls for Chancellor Rishi Sunak to cut fuel duty as the price of oil spirals because of the sanctions, Mr Johnson is set to travel to Saudi Arabia in an attempt to negotiate increased supplies.

Tomorrow the PM will host leaders of the Joint Expeditionary Force, a Northern European security coalition, at Chequers.

By Glen Owen Political Editor for the Mail on Sunday

When Michael Gove launched into some of his typically rousing rhetoric at Cabinet last month, calling passionately for the mansions of Russian oligarchs to be seized and opened up to Ukrainian refugees, Boris Johnson murmured his assent.

But a fortnight later, the Levelling Up Secretary is still fighting to overcome resistance to his idea from the Treasury and Foreign Office, where officials shiver at what one source dismissed as ‘banana republic politics’.

For their part, supporters of Mr Gove’s plan describe the opponents as ‘oligarch apologists’.

The debate flared up again last week at the first meeting of a Cabinet sub-committee on Ukraine, chaired by Downing Street’s chief of staff Steve Barclay, which has been tasked with examining ‘every facet’ of the UK’s refugee response. When Mr Gove highlighted the powerful symbolism of his proposed move, Foreign Office Minister James Cleverly and Treasury Minister John Glen voiced their departments’ reservations.

Under Mr Gove’s plan, British property owned by oligarchs sanctioned because of the war would be taken over by the Government for as long as they remained on the list, allowing Ministers to throw open their doors to refugees.

In the case of Roman Abramovich, Britain’s most high-profile oligarch, that would release at least 70 properties, worth around £500 million, The portfolio includes a 15-bedroom mansion at Kensington Palace Gardens with an estimated value of £150 million, and a three-storey penthouse in the Chelsea Waterfront tower, bought for £30 million in 2018. Abramovich had his assets – including Chelsea FC – frozen on Thursday as part of Government sanctions. 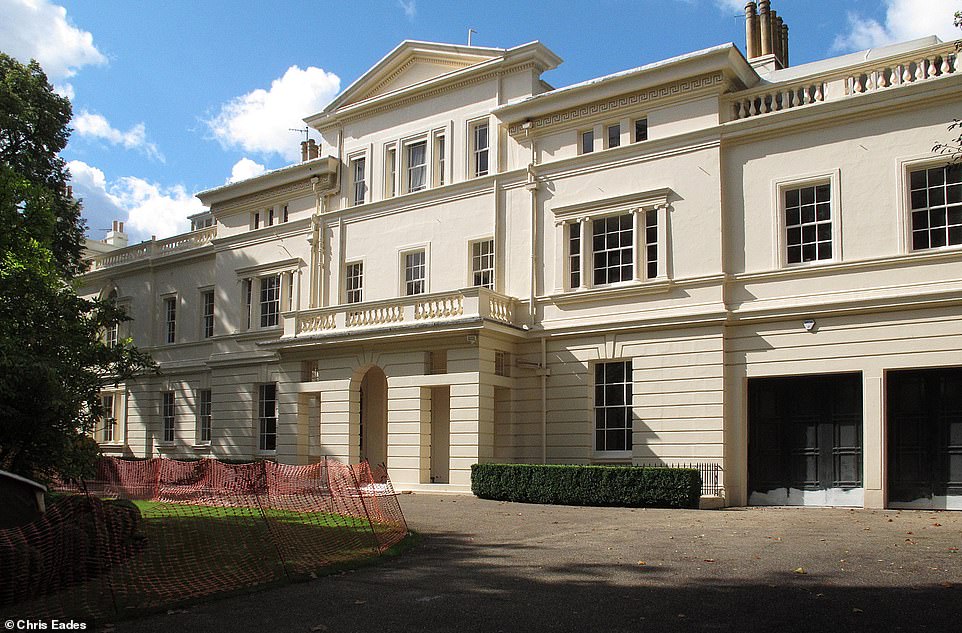 Roman Abramovich’s portfolio includes a 15-bedroom mansion at Kensington Palace Gardens (pictured) with an estimated value of £150 million, and a three-storey penthouse in the Chelsea Waterfront tower, bought for £30 million in 2018 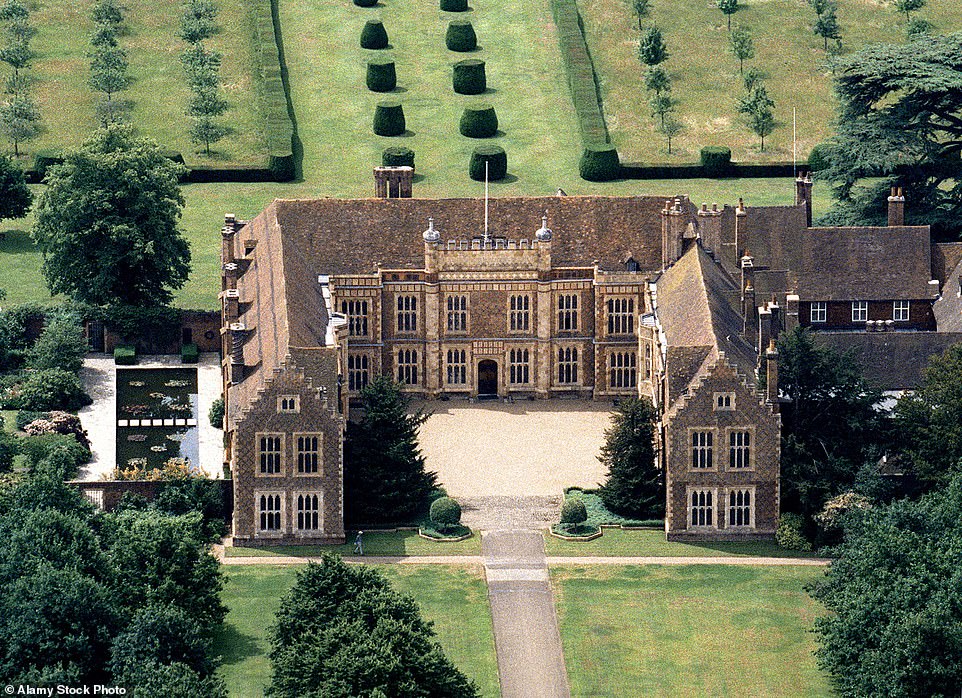 Another sanctioned oligarch, aluminium tycoon Oleg Deripaska, worth £2 billion, owns a £50 million property on Belgrave Square in Central London, via a company registered in the British Virgin Islands, and Hamstone House on the exclusive St George’s Hill estate near Weybridge, Surrey. The eight-bedroom mansion includes a swimming pool, sauna, gym and extensive gardens.

Mr Gove’s plan echoes moves by the US Congress to seize assets from oligarchs whose wealth is linked to Vladimir Putin. Under a bill introduced earlier this month, American authorities would be allowed to go further than Mr Gove’s plan by confiscating, rather than just seizing, any property – including luxury villas, yachts, and airplanes – valued more than $5 million with the funds used to benefit the Ukrainian people via military or humanitarian aid.

Supporters of Mr Gove’s plan also point the finger at No 10’s new head of policy, Andrew Griffith, for trying to block it. Mr Griffith, the Arundel MP, is a former Rothschild banker and chief financial officer for Sky TV, who is understood to have argued that the idea is not ‘legally workable’. 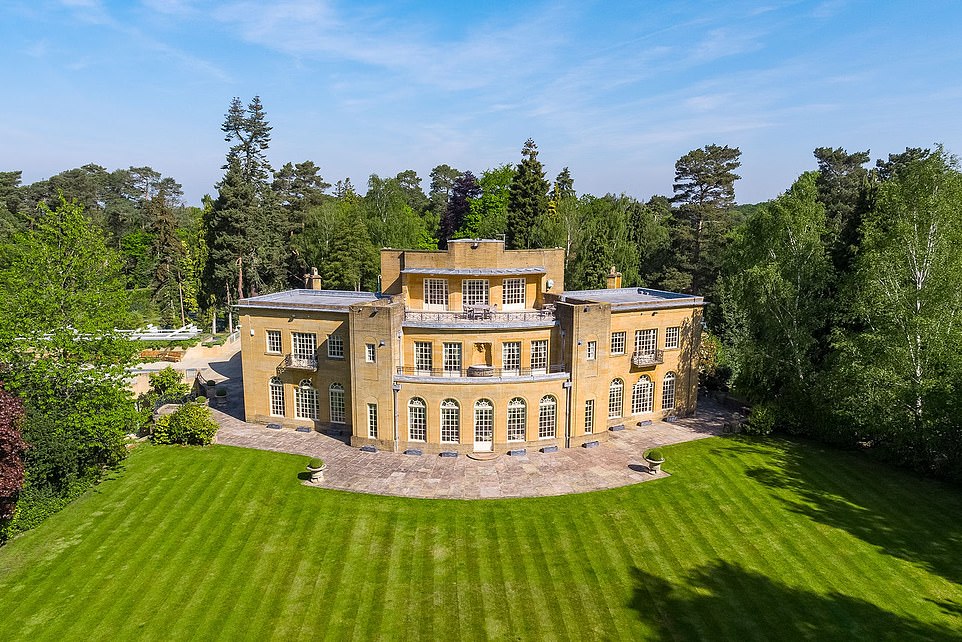 Another sanctioned oligarch, aluminium tycoon Oleg Deripaska, worth £2 billion, owns a £50 million property on Belgrave Square in Central London, via a company registered in the British Virgin Islands, and Hamstone House on the exclusive St George’s Hill estate near Weybridge, Surrey (pictured)

An opponent of the Gove plan said: ‘This is gesture politics more suited to a banana republic’.

But a supporter said: ‘The opposition is being led by oligarch apologists who hide behind the rule of law. These people have been sanctioned for a reason, and no one who has been placed on the sanctions list has ever come off it. This is the ultimate symbolic payback for Putin’s cronies.’

Downing Street declined to comment and a spokesman for Mr Gove said: ‘We don’t comment on private Cabinet discussions.’

Calling upon that human spirit, we are now launching an appeal to raise money for refugees from Ukraine.

All donations to the Mail Ukraine Appeal will be distributed to charities and aid organisations providing such essential services.