At the Curly Maljam pro-surfing event on Sydney’s northern beaches last weekend, the women’s event victor, Lucy Small, won less than half the prizemoney that the male winner received. That’s discrimination, plain and simple. But it’s not unlawful discrimination.

Small was spot on when she pointed out that she does the same that the men do to compete, but her effort is valued half as much. That’s exactly the question that discrimination law asks: whether she was treated differently from a man in the same circumstances. She was. 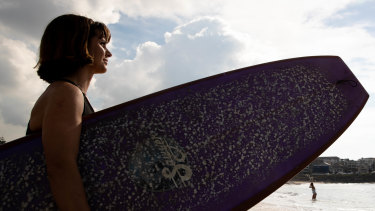 Because Small has been discriminated against, but not according to the law, the event organisers are able to claim they’ve done nothing illegal. That says as much about the state of our law as it does about how much the organisers had thought things through in the first place.

Our anti-discrimination laws are from another time, 40 years ago. The NSW law is particularly dated, with coverage and terminology that has fallen far behind the laws in other state and territories.

Discrimination laws cover what is generally thought of as “public life”: things people do outside their home. This means that the focus tends to be on discrimination in the workplace, but extends as well to other areas of public life, such as rental accommodation, education and providing goods and services.

Competitions, along with other areas of life such as, notoriously, sexual harassment by judges and politicians, do not fit neatly into these limited categories.

In the past, the gap in discrimination laws around men’s and women’s sporting prizemoney may have seemed natural and right to many. It doesn’t anymore. 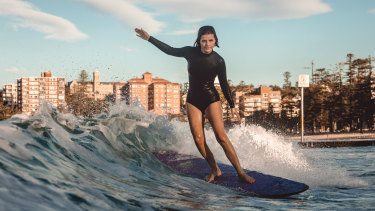 Law reform is long overdue. But if and when our discrimination laws are brought into the 21st century, inequality will persist. The law cannot do all the work. It will often lag behind changes in attitude, and will always leave gaps and loopholes.

Our pursuit of equality needs people to think and act for themselves. As the surfing event organisers said, equality is also a moral issue. It can be addressed by people choosing to treat others equally when they plan and organise things.

Small’s decision to speak up as she claimed her prize, made spontaneously out of a sense of injustice, can be exactly what is needed to move people along, quite apart from what the law says. It seems she has helped the organisers to see not only the unthinking sexism in their planning, but the ageism, too, by awarding lesser prizemoney to over-50s.

We don’t need law to tell us that women deserve to get the same as men when they do the same as men. Forty years ago our discrimination laws pushed us towards this radical realisation, and we should be there by now.

But having a law does help by reflecting current values and signposting socially desirable behaviour. Right now, our discrimination laws are not giving all the right signals.

Karen O’Connell is an associate professor in the UTS Faculty of Law, and Simon Rice is a professor at the University of Sydney Law School. Both are members of the Australian Discrimination Law Experts Group.