A TEENAGER has been expelled from a Christian school for having a rainbow-colored birthday cake which looked similar to the design of the gay pride flag.

Kayla Kenney, 15, was also pictured wearing a sweater with the same color scheme which led to her being kicked out of Whitefield Academy in Kentucky. 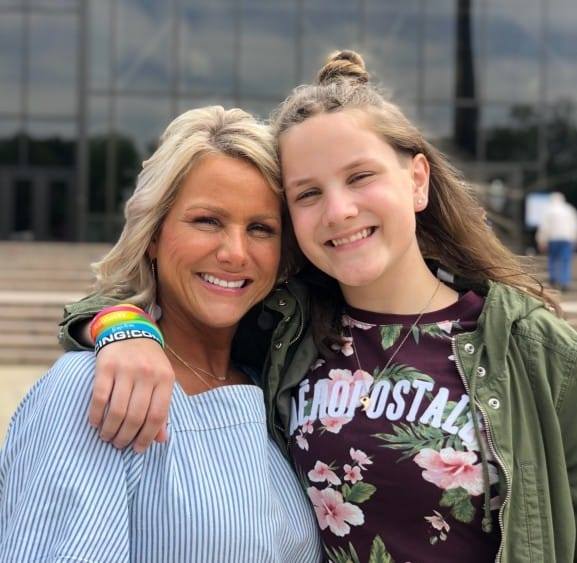 The high school freshman’s family claims when they took the photo of the teen smiling beside her birthday cake, they had no idea it would prove to be controversial.

Whitefield Academy told the teen's parents that she was booted out for repeated “lifestyle violations.”

Her mother Kimberly Alford, who took the picture, insists that the cake or the sweater were not associated with gay pride.

She told WAVE3: “She was happy, she looked beautiful. You know, of course as a mom, I took her picture of her blowing out her candles and I posted that on my Facebook page.”

EXPELLED FOR A CAKE

A few days after Kimberly posted the image on social media, the family were contacted on January 6 by Dr. Bruce Jacobson, the head of Whitefield Academy.

The mum said: “It was an email expelling Kayla from Whitefield immediately due to a post on social media.”

Kayla was expelled “'immediately” because the picture “demonstrates a posture of morality and cultural acceptance contrary to that of Whitefield Academy's beliefs.”

Mum Kimberly claims her daughter was not representing the colors of the LGBTQ pride movement and there was no hidden agenda in the picture.

She said: “[Kayla] loves to laugh and dance and that's just her.

“There was nothing intended by that and even when I went back and got the receipt from the bakery, it didn't say anything about representation, it just said assorted colors.”

In its code of conduct, the school addresses sexual orientation and says that if off-campus behavior is not in line with the academy’s beliefs then students can be disciplined.

In response to Kayla’s expulsion, the school bosses claimed the picture was the latest in two years’ worth of “lifestyle violations.”

But Kimberly believes Whitefield Academy – which costs $7,800 a year per student – has not followed the teachings of the Bible when expelling her daughter and has filed an appeal against the decision.

She said: “I feel judged, she feels judged, just very devastating for us.

“You know we teach our kids what would Jesus do, What would he do here?”

Kayla’s withdrawal from the school was listed as voluntary so it will not appear on her record. 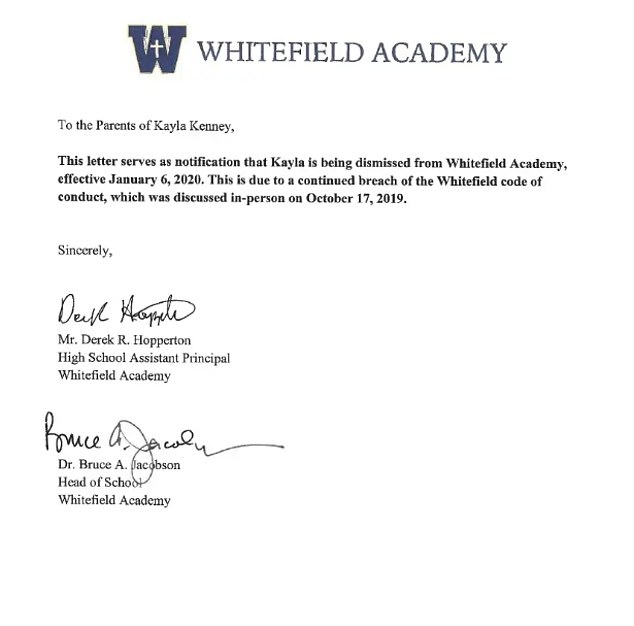 May 25, 2020, Comments Off on Khloe Kardashian debuts her latest face on Instagram, she looks like BFF Malika

May 25, 2020, Comments Off on How Ric Flair walked away from deadly plane crash and wrestled entire life with broken back to become one of WWE’s best – The Sun

Can I go to the beach in the UK during lockdown? – The Sun

How Woods vs Mickelson offered golf a glimpse of the future

May 25, 2020, Comments Off on How Woods vs Mickelson offered golf a glimpse of the future
We and our partners use cookies on this site to improve our service, perform analytics, personalize advertising, measure advertising performance, and remember website preferences.Ok